Look out for the Swan


Labor Day 2012 in Omaha, Nebraska we thought it would be fitting to search out the sculptures titled Labor.   During the flood of 2011, the Missouri River practically covered the monuments and caused quite a bit of damage which cost nearly $100,000 to repair.  The sculptures are beautifut and were just rededicated several days ago. 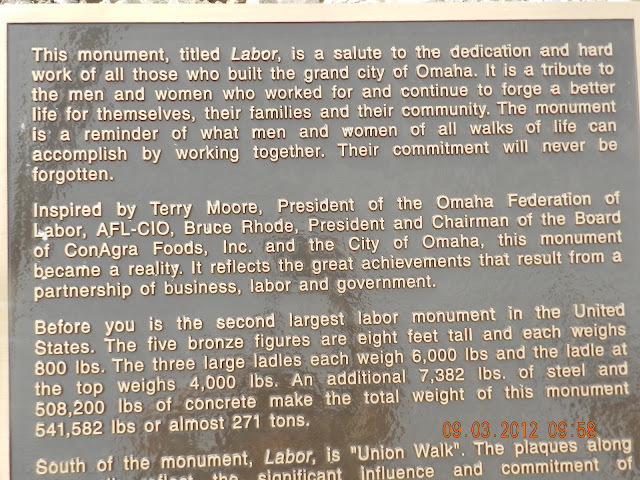 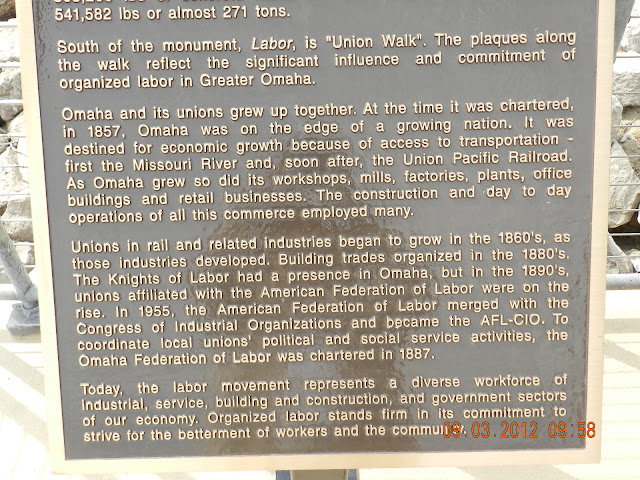 The monuments are very busy, take a minute to look at them.
The statue in the front is holding a hammer, the flood came up to his wrist. 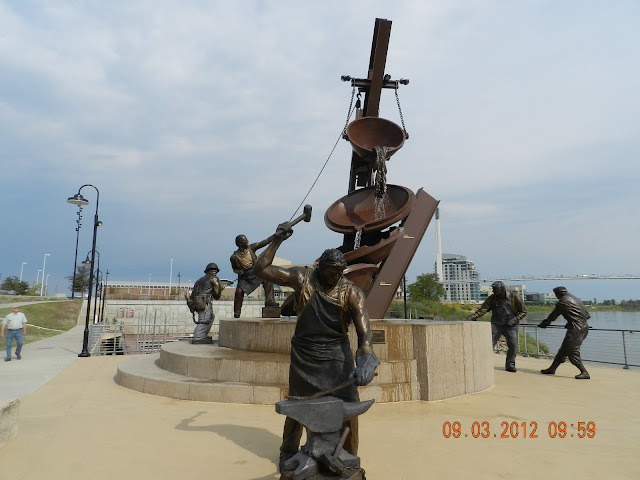 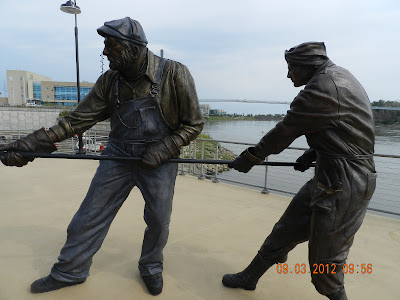 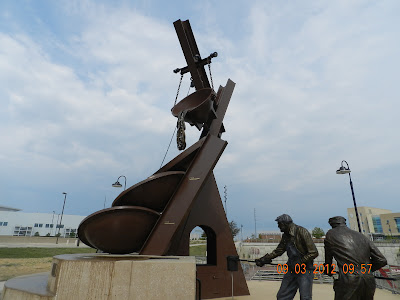 A new plaque when the monuments were rededicated
Notice in the picture the river waters were almost up the hand in this statue. 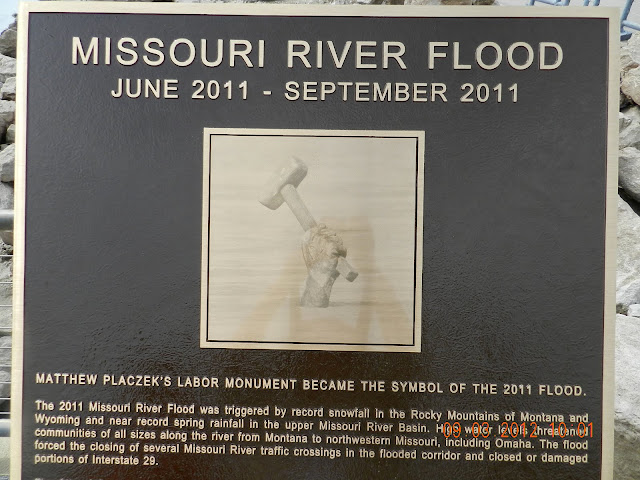 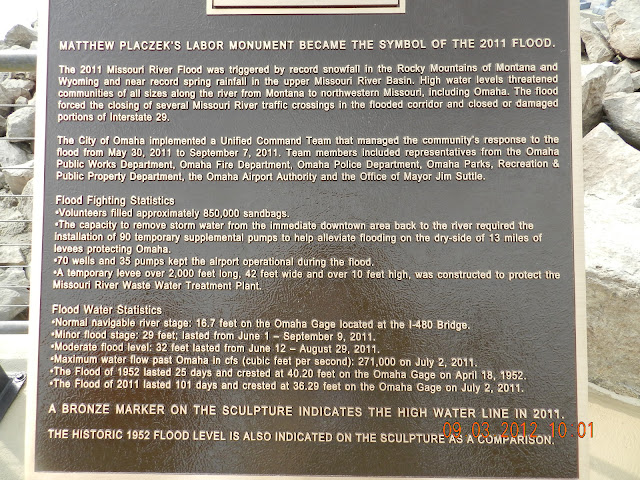 Unfortunately I cut off the hand holding the hammer which is where the water almost reached.
Joe is 6 foot, so you can tell they had a lot of water here.  The river is in the background, this whole platform is a good 50 feet above the river. 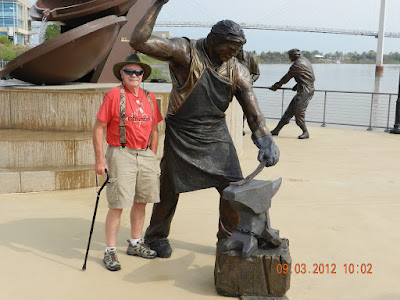 This part of the sculpture marks the high water mark, the upper mark is flood of 1952 and the lower mark is the flood of  2011, remember Joe is 6 foot and the platform is 50 feet above the river. 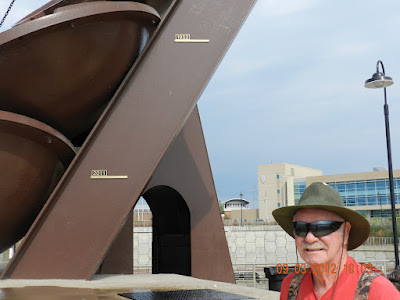 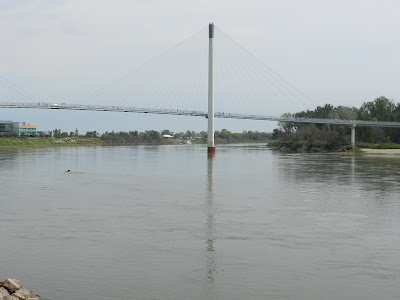 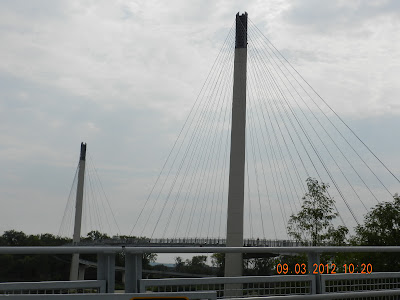 Looking down stream from the top of the walking bridge 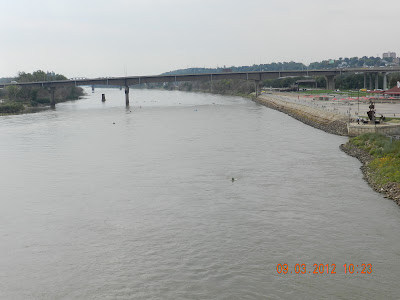 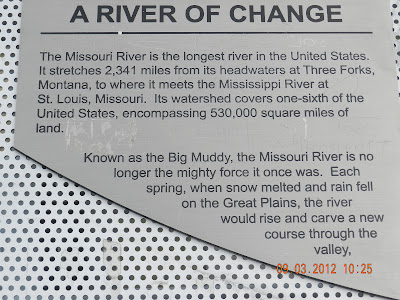 Looking up stream, that is a lot of water when the river floods, I just can't imagine all that water 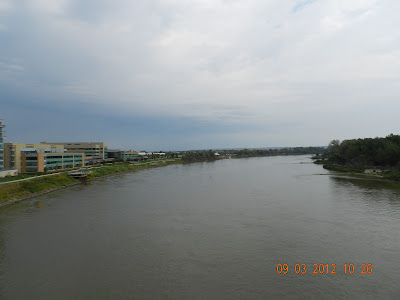 Looking down river and towards Omaha.
The building, a restaurant, with the red roof was of course flooded, was where we had lunch 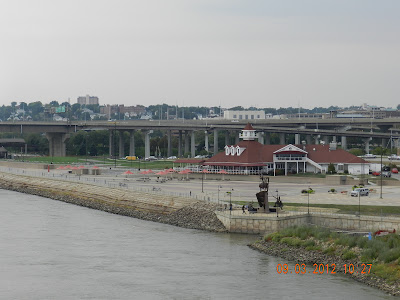 Another view leaning out over the railing of the bridge 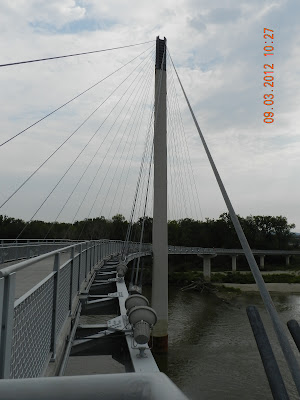 After lunch we drove in to town and stopped at this park and watched this beautiful sweet little swan. 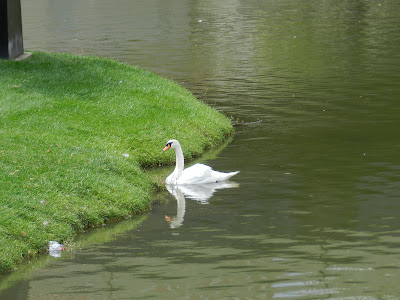 Well, it turned out that HE was not a little sweet thing.
He suddenly took off, and look at those wings, a little threatening.
Actually, more than threatening, you will see how aggressive he is in the next pictures 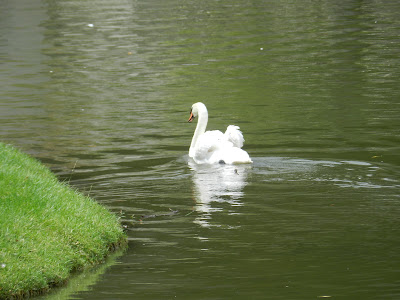 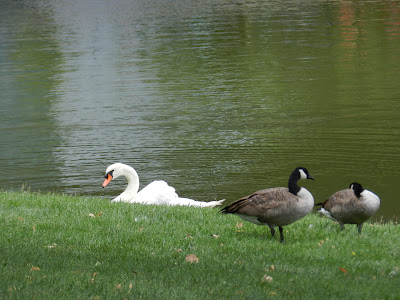 Look at the size of him, you know these are full grown geese. 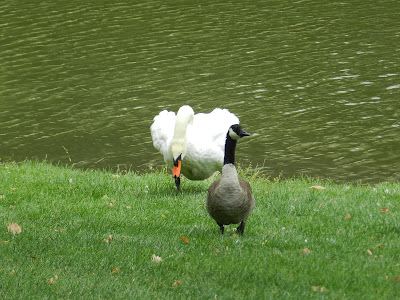 Well he got rid of them, now back to the water.  Look at the size of his feet. 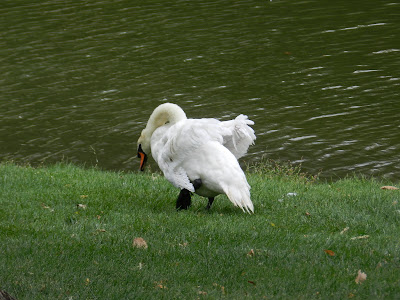 He just spotted more Canada geese and there he goes 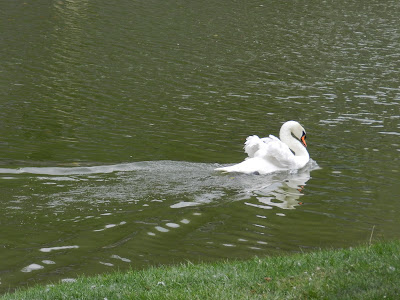 There were two Canada geese and they had to flap their wings in the water to get moving faster then on land they were running. 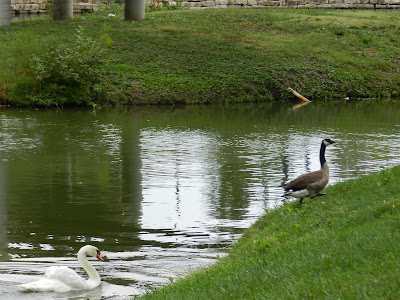 He is telling the geese to stay out of HIS water 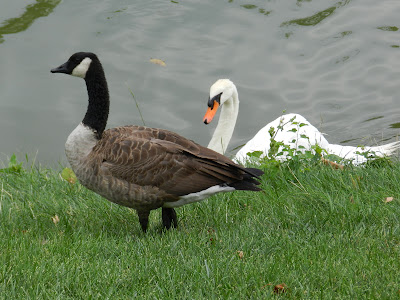 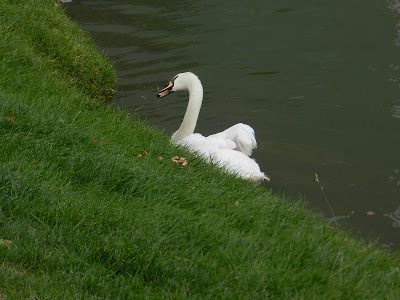 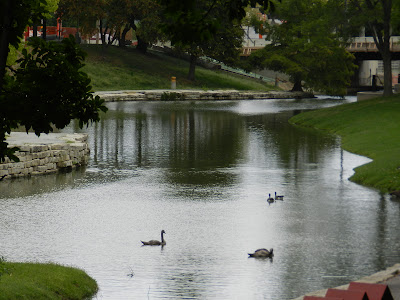 The swan was all by himself, no mate, maybe that's why he was so aggressive.

That's it, on to Amana Colonies, Iowa tomorrow.

Drive safe and have a blessed day.

Thanks for stopping by.

Posted by Joe and Nancy Conrad at 8:11 PM