We wanted to visit both of these places to check them out for a possible two week stay next year.  I think they were only  about 60 miles apart.

Leaving Sarasota for Tampa we crossed the Sunshine Bridge (actually not sure if that is the correct name or not).  We almost didn't go this way because of the toll on the bridge and then it was only $2.00.  One of the best deals in florida


It was still a bit hazy, glad the fog had started lifting
The bridge was just beautiful with the sun shinning through just in time for us.

1While in Tampa we visited Ybor City which is known as Tampa's Latin Quarter for over a century was founded by Vincente Martinez-Ybor as a cigar-manufacturing center.  You can still see hand rolled cigars. 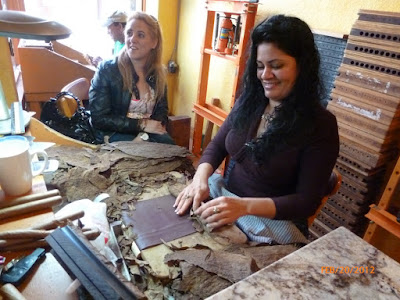 The cigars are placed in this holder 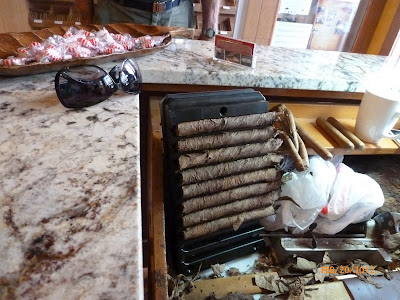 We had lunch here at the famous Carmine's, famous for their Cuban Sandwich
It was very good.

Next stop was the shrimp market 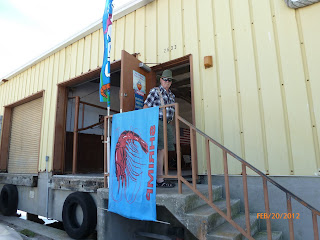 I enlarged these pictures in hopes you could see the way this guy is taking the heads off.
He picks up three or four shrimp in each hand and pops the head off by pinching them at the correct joint and not smashing the shrimp.  He has been shrimping for 45 years. 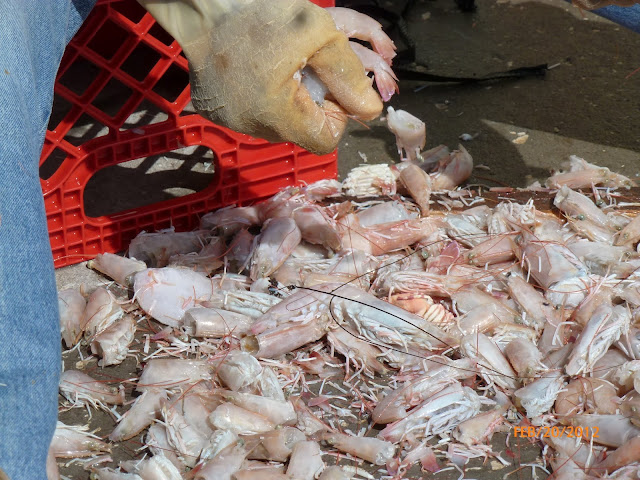 He is working on the five lbs that we purchased.  The shrimp go in the crate on the left and the heads are sort of in a pile closest to him

He was a very nice gentleman to talk with, he only looked up once or twice, he just kept on working,   he still had another hundred pounds to de-head

We enjoyed the Tampa area and hope to go back again next year for a week or two.
Next stop was Traveler' Rest RV Resort, Dade City, in the middle of the state.  We usually try to avoid RV parks with the word Resort in it.  We came here because this use to be an Airstream Park and we know several people that live here, now the park is open to all RV's, which was a smart move on their part.  This is a very active Park with something for everyone.  If you just want to sit around and watch TV this is not the place for you.  They have golf, tennis, shuffle board, bocce ball, horseshoes, just to name a few, a very large swimming pool, wood working tools along with many other tools to borrow.  They also publish a newspaper every Friday and a group that volunteers at an equestrian center. They also have a very active garden club which is where I would like to spend some time.  Everyone is constantly going to some activity. 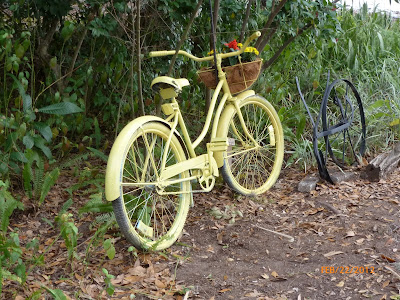 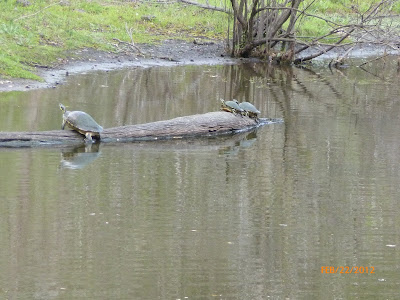 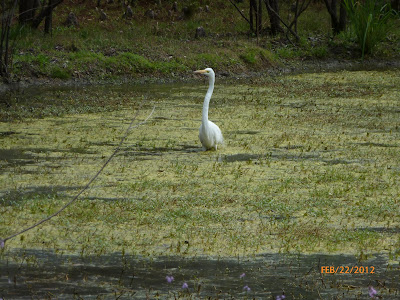 A lovely place to sit and watch the beauty of it all.  Yes we would like to come back here next year for about a month.
Safe travels to all
Nancy & Joe
Posted by Joe and Nancy Conrad at 7:04 PM 1 comment: