This is mostly a drive, drive, drive day.  It's still hot, about 103' when we pulled into our CG.

We traveled along US Hwy 30 which is aka The Lincoln Hwy and  I must say a very good Hwy.  We went through many small farming town and followed the rail road tracks all day.  With all the slow downs for the small towns we estimated it took us about 30" longer than going on I-80.  No reason to stop here but it was too far to drive from Scotts Bluff to Omaha, our next stop so I just looked for a PA park about half way.  Sunny Meadows was good, all gravel, and best of all good electricity for our A/C.  We didn't use anything else.

Along the way we braved the heat and stopped in a cute little town of Gothenburg, NE at the Pony Express Station.  In those days the mail was known as "lightening Mail".  We have also been to the end of the Pony Express in Sacramento, CA.  In Sacramento they have a stunning bronze statue representing the Pony Express.  In fact, they also have a great train museum. 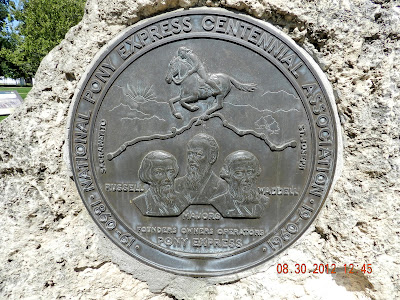 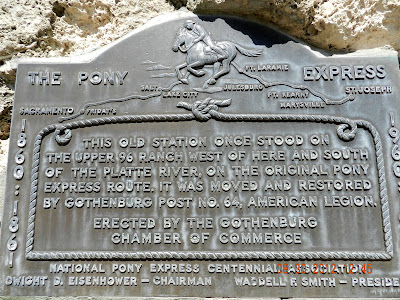 This was the actual station house, it originally sat closer to the Platte River about10 miles away.
A charming little cottage, luckily they now have a good air conditioner inside.
No pictures of inside as it was covered with souvenirs everywhere. 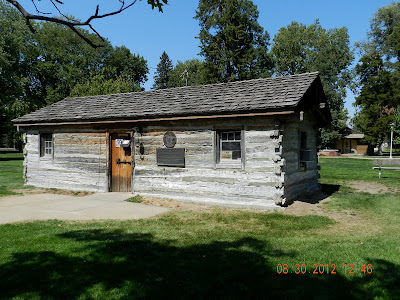 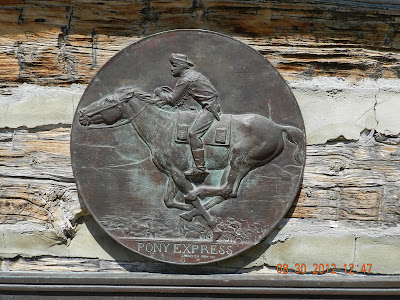 I',m not sure how many coal trains go by in one day but it would be safe to say; "Dozens". They are all headed east and empty ones are heading west.  When we were in Gillette WY a couple of years ago we were told that the coal trains are made up of 100 cars and each car holds 100,000 pounds of coal.  These all looked about the same.  Now that's a lot of coal.  There's a vast amount of coal and oil in the States and Canada, we just need to use it and stop buying our fuel needs from all those Middle Eastern Countries.  They don't even like us, let's get out of there. 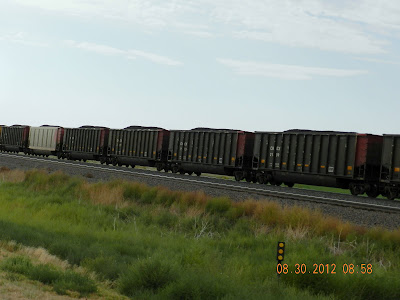 This is corn, field corn, it will eventually be harvested and then stored in corn bins or silos.
The corn has to be a certain dryness before they harvest it, otherwise it will rot.
The green in the background is some kind of beans. 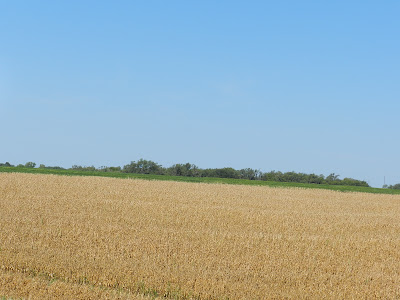 Beans.
Every kind of bean is grown here, soy, black, pinto, northern, red, lima, and more.
The fields are either green, turning yellow or yellow.  I don't know when they harvest them but this field still has immature beans growing 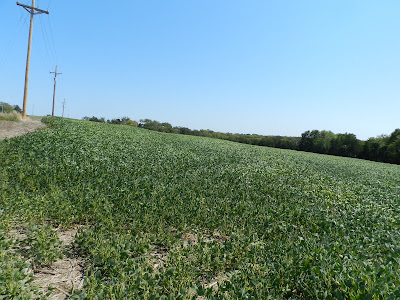 Close up of above beans 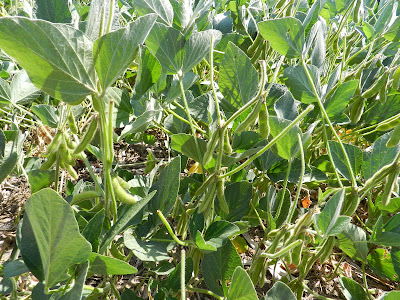 A row of field corn before it has dryed 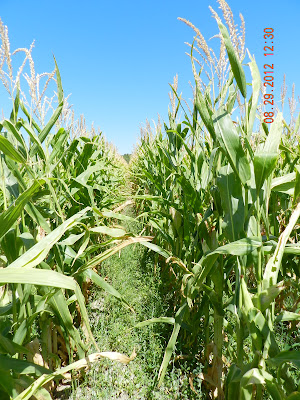 Field of alfalfa with lots of vetch mixed in it.  Or maybe I should say a field of vetch with alfalfa mixed in it.  Whatever, there is more vetch.  This is baled in those big round bales.  I think the vetch is from the pea family and put lots of good nutrients back in the ground.  This will probably end up being a field of beans or corn next year. 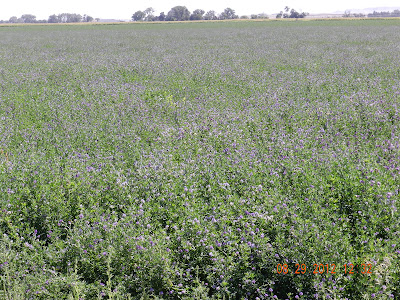 This sure was a lot of blogging for only a one night stay.  That's about it for today. 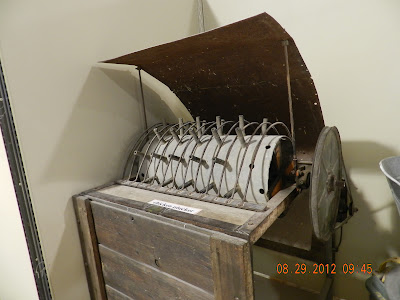 Have a blessed day and thanks for stopping by

Nancy
Posted by Joe and Nancy Conrad at 1:48 PM

Email ThisBlogThis!Share to TwitterShare to FacebookShare to Pinterest
Labels: Nebraska