The Kentucky Vietnam Memorial, a sundial, was opened on November 11, 1988.  It honors the 125,000 Kentuckians who served this nation so courageously during the Vietnam War.  Each name is precisely located so that the shadow of the gnomon (pronounced "noman") touches his name on the anniversary of his death.  Thus, each individual is honored with a personal tribute.  The names of the Kentuckians listed as missing in action are etched in front of the gnomon where the shadow never falls, paying special tribute to their personal sacrifice and signifying our continued vigil until they are returned.  When their names are identified and they are officially declared casualty, their names are etched on the plaza and removed from the granite in front of the gnomon.  The Kentucky Memorial is one of the largest granite memorials in the nation and contains 327 cut stone panels weighing more than 215 tons. 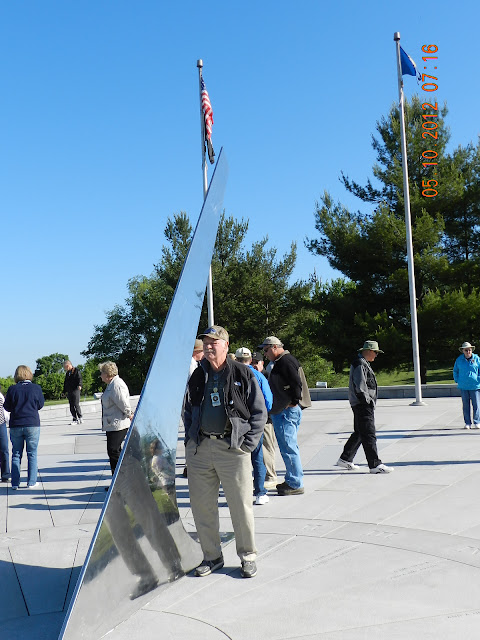 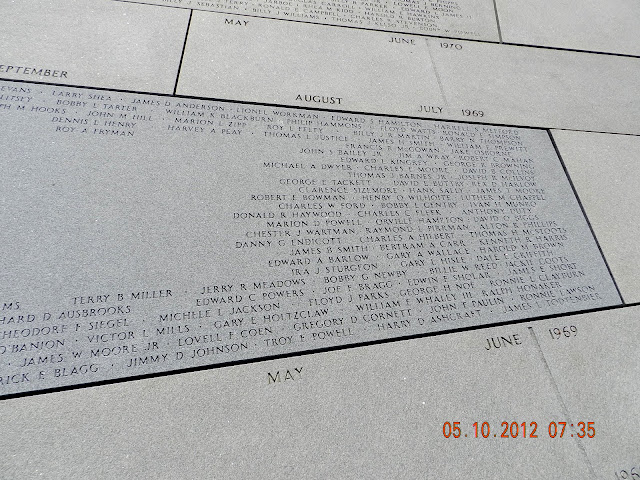 View of capitol from the memorial, the trees have been cleared away 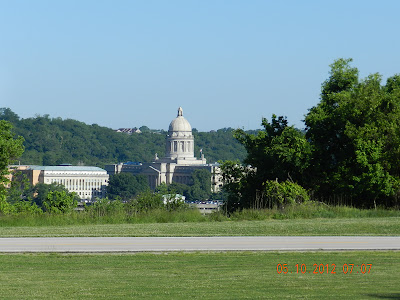 This historical marker, sums it all up. 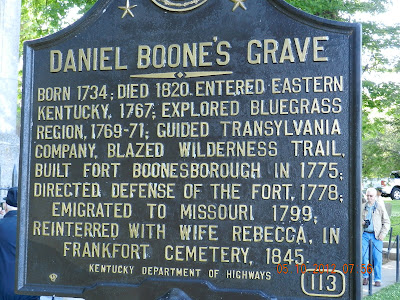 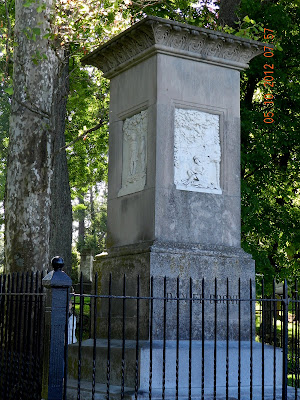 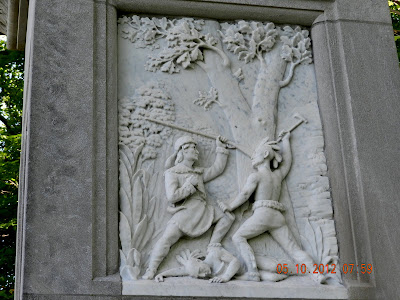 Buffalo Trace is the oldest continually operating distillery in America, remaining operational even during Prohibition for "medicinal" purposes. 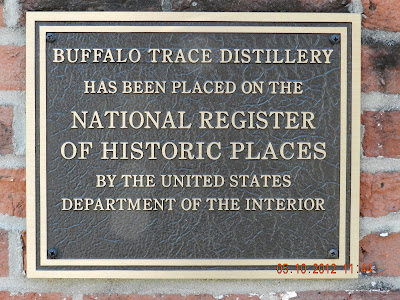 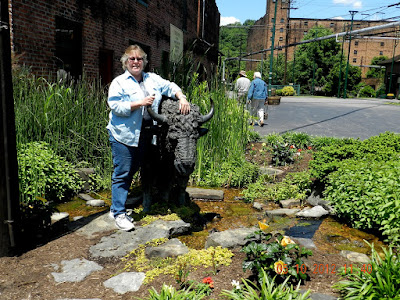 Look close you can see the barrels in the ric house.  These ric houses have to be build strong enough to withstand tornadoes or any severe storm 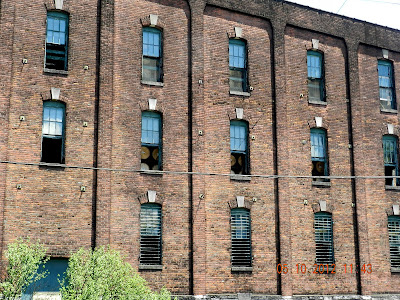 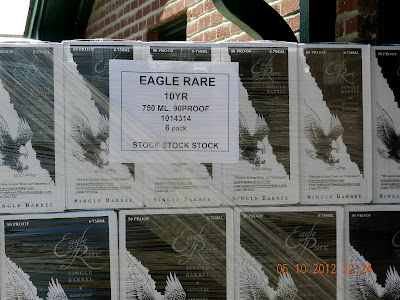 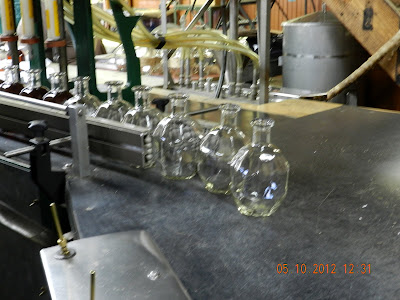 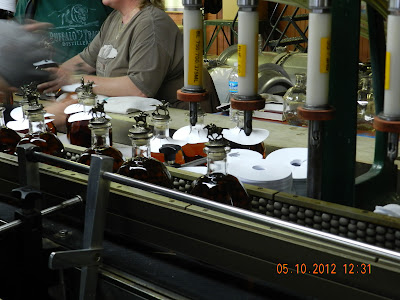 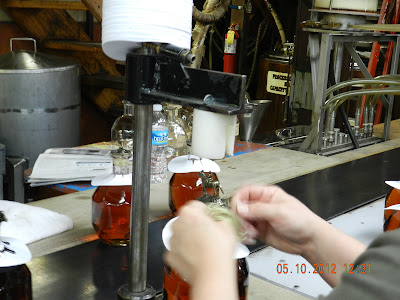 the bottle is on a turntable to apply the hot wax 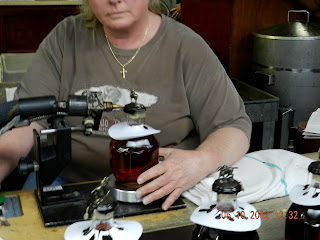 drips on the white collarl 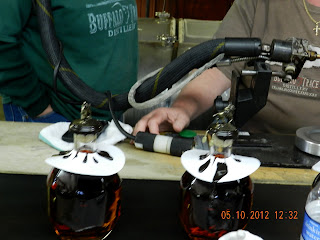 This guy is showing the yogurt cup that is used to place upside down on the bottle of bourbon so the mesh can slide over the top of the horse cork.  Very high tech, no wonder this is the most  expensive bourbon they sell.  It is called Blanton's single barrel bourbon, 93 proof, winner of 5 Gold medals.  Named after former distillery president Col. Albert B. Blanton 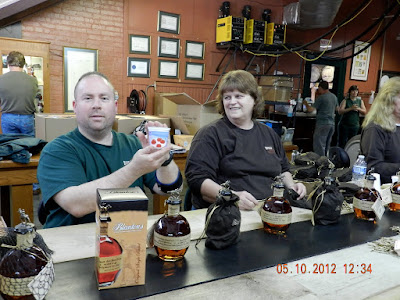 The finished product, next they will put it in a velvet bag and then into the box 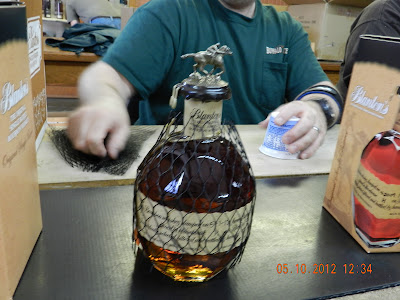 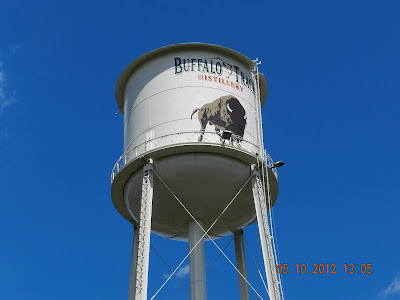 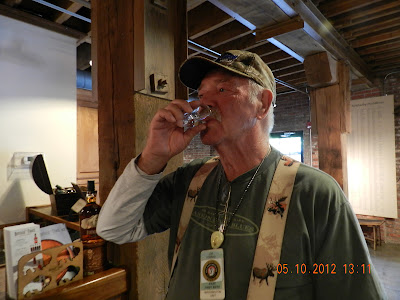 The result of tasting 150 proof 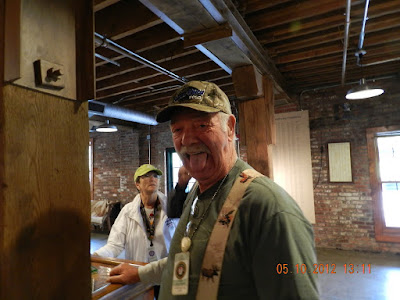 We had a long busy day, no more bourbon tasting for me, tomorrow we are part of the parking crew so we leave early for Paintsville.

Have a blessed day and travel safely

Nancy and Joe
Posted by Joe and Nancy Conrad at 10:34 AM