Oops, I got out of order, day four was published before day three

Today is a trip to Riverside and The Farnsley-Moreman House, a beautiful historic home overlooking the Ohio River.  The historic ome is named for two families who brought Riverside to life through farming and trade on the river: Gabriel Farnsley and the Moremen family.  The house and grounds has been reconstructed to the nineteenth centry including a detached kitchen, and on on-going archaeological excavations.  Then also have a kitchen garden where volunteers grow many of the same vegetable and herbs grown in the 1800s.

Gabriel Farnsley was the first major owner of the property, the construction of his brick house was completed by 1837.  Farming consisted of orchards of apple, peach, nuts and a fairly large garden including grapes that was sold/bartered with merchants going up and down the river.  He also ran the barge to cross the river into Indiana.  This was the narrowest crossing on the Ohio River.

This is te front door and it faces the river 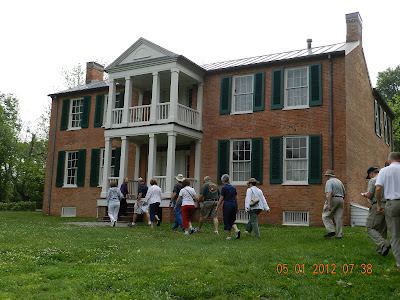 The white patch to the left of Joe has not been restored, it is the high water mark from the Ohio flooding in 1937.   Joe is 6' and is standing just inside the front door 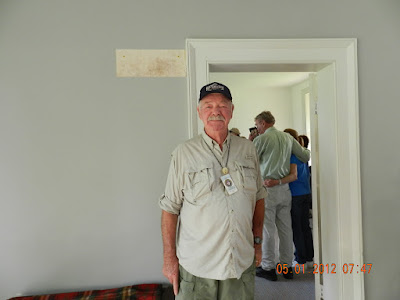 View of the Ohio River from the second story balcony
It's quite a slope down to the water, I just can't imagine the amount of water that came up
into the house in 1937 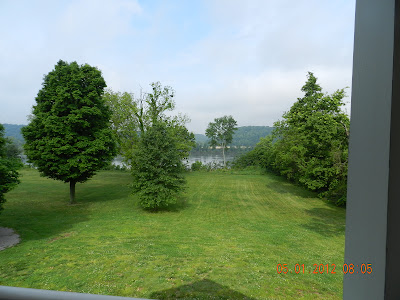 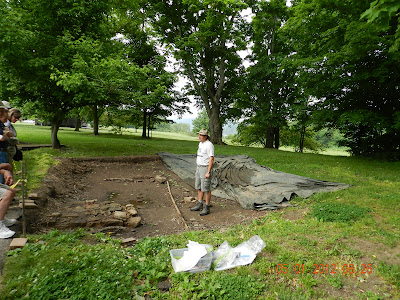 Next on the agenda was a Lunch Cruise on the Spirit of Jefferson on the mighty Ohio River.  That is downtown Louisville in the distance where it is about one mile across the river. 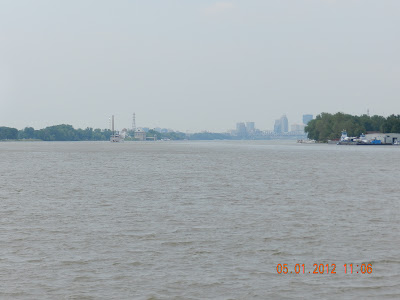 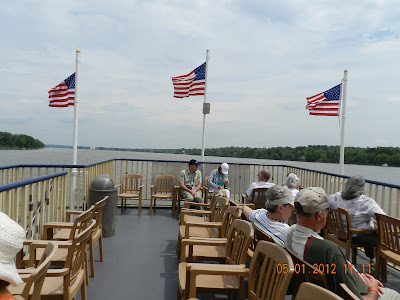 The old water works, the new is behind it.
Notice the white area on the small grey building in the front
That is the high water mark from the flood 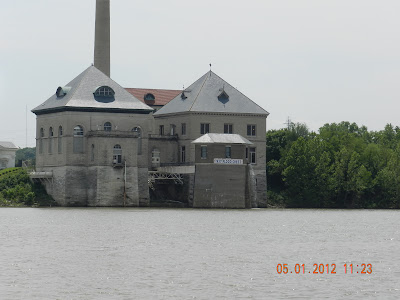 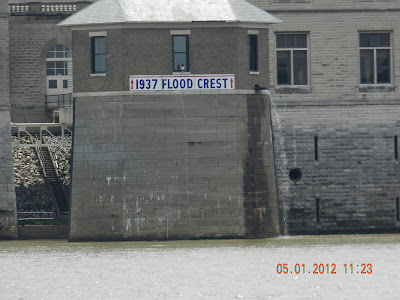 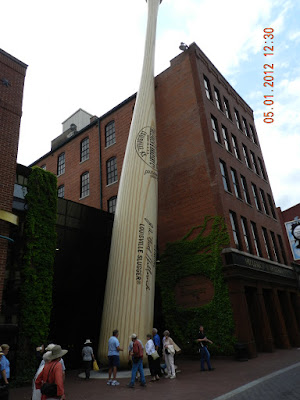 We were not allowed to take pictures on the tour, but it was a fabulous tour and well worth your effort to visit the museum and tour if you are in the area 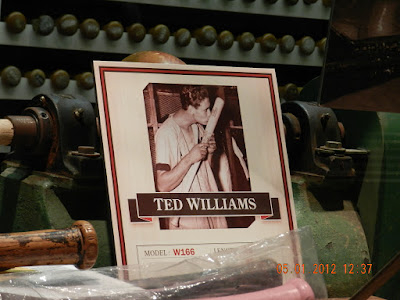 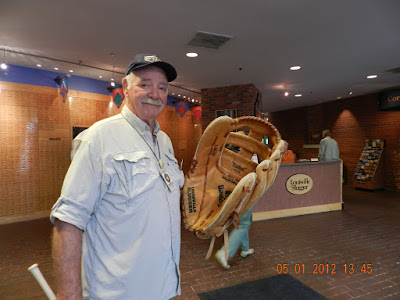 How what a busy day we had and loved every minute of it.