Today is meet and greet the caravaners, 25 total rigs from various parts of the country.  We were provided with a very good dinner of BBQ chicken, pork, beans, coleslaw and bread.  After a driver's meeting we were entertained by local bluegrass musician, along with our leaders Sharla & Larry and fellow caravaners Betty & Bill.


Our leaders Larry on the banjo and Shala you can barely see sitting next to him on the guitar
Caravaners Betty singing and Bill on the guitar
Behind Bill you can barley see the owner of the campground
On the far right are the couple that came in to entertain us. 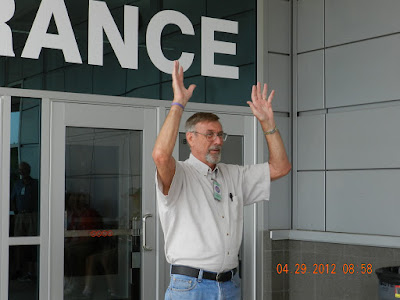 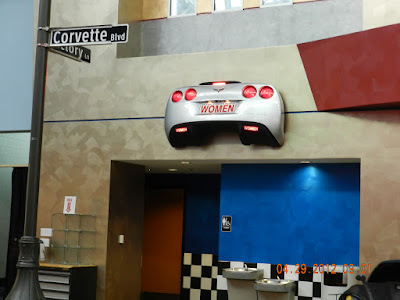 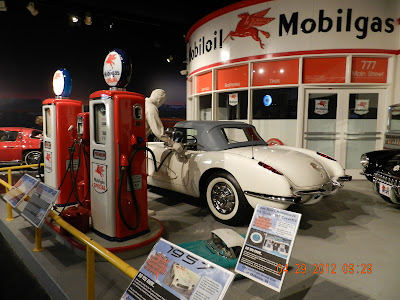 Very interesting story, hope you can read it. 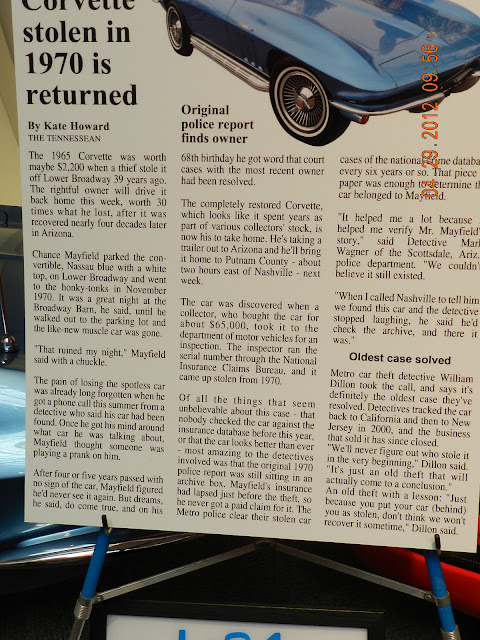 After the museum we visited
the Lost River Cave in Bowling Green, KY


Just a short hike down to the cave

Along the way we spotted this white squirrel
He is not an albino, eyes are dark brown
He sure is handsome, 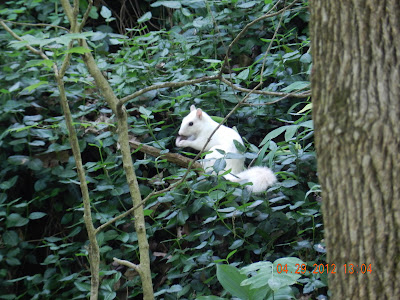 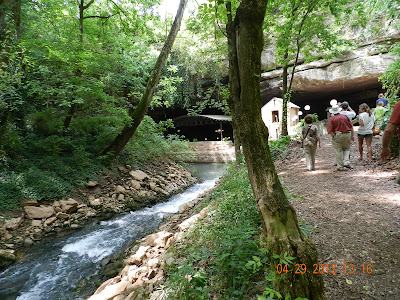 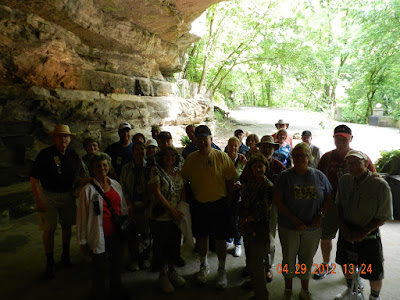 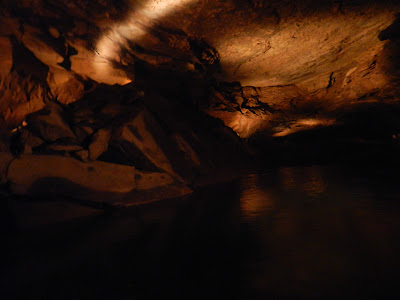 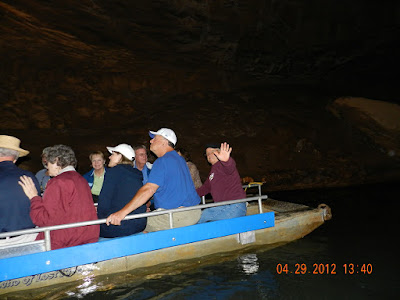 I don't know what this white image is, but they did say the cave was haunted 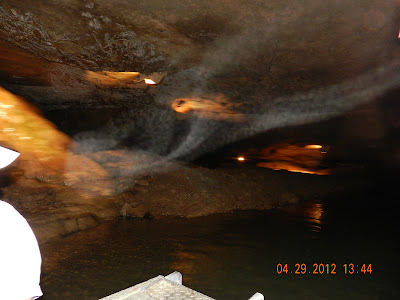 Cave was large enough to have a "Nite Club" 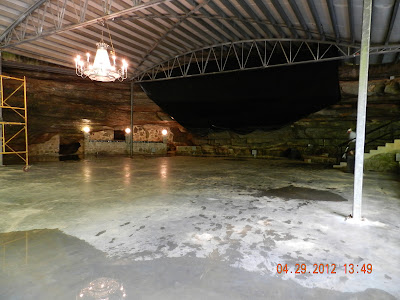 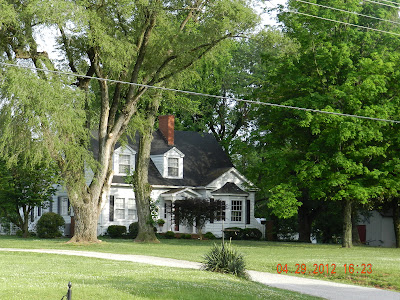 Each cow has a name and this is Miss Ellie
Notice the number on her collar, those numbers have computer chips in them and can tell you everything about her.  There are grain feeding stations out in the pasture that read the chips, when she sticks her head in the station the chip will dump the correct amount of grain in a feeder just for her.  She can only do this once an hour and this 12  year old gal knows exactly when that hour is up, she will then go to a feeder (they have several scattered around) stick her head in and get more grain.  This way they spread out the feeding which in turn keeps her content, and we all know that a contented cow gives more milk 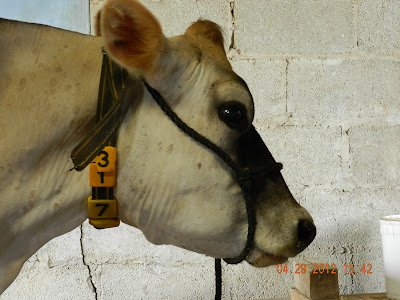 That's it for now, I know, too long again.

Have a blessed day