One of the things on our list was to visit the Musk Ox farm, after we rested up from our flight to Barrow; that sure was a long day and a long time to sit in one spot. 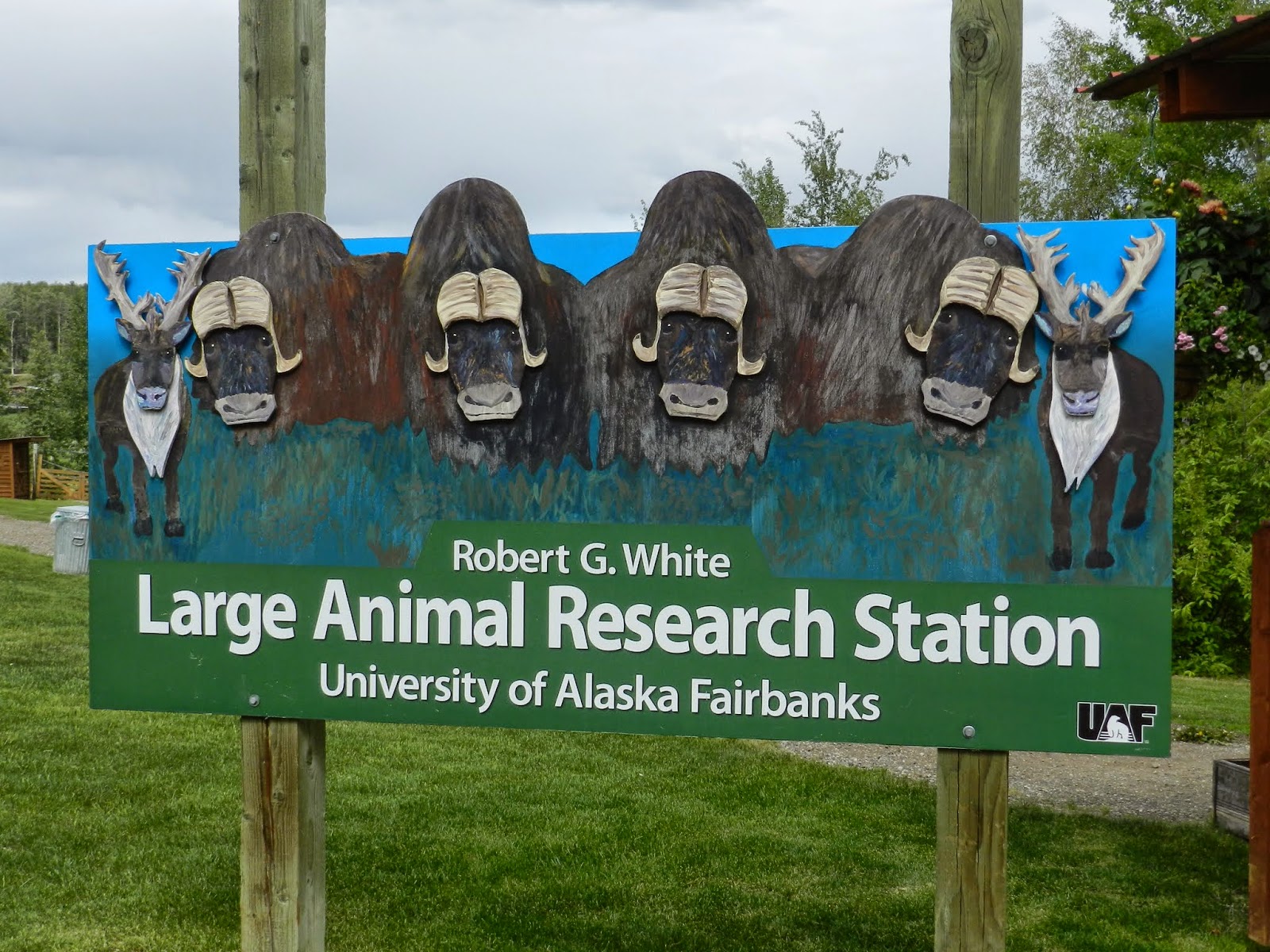 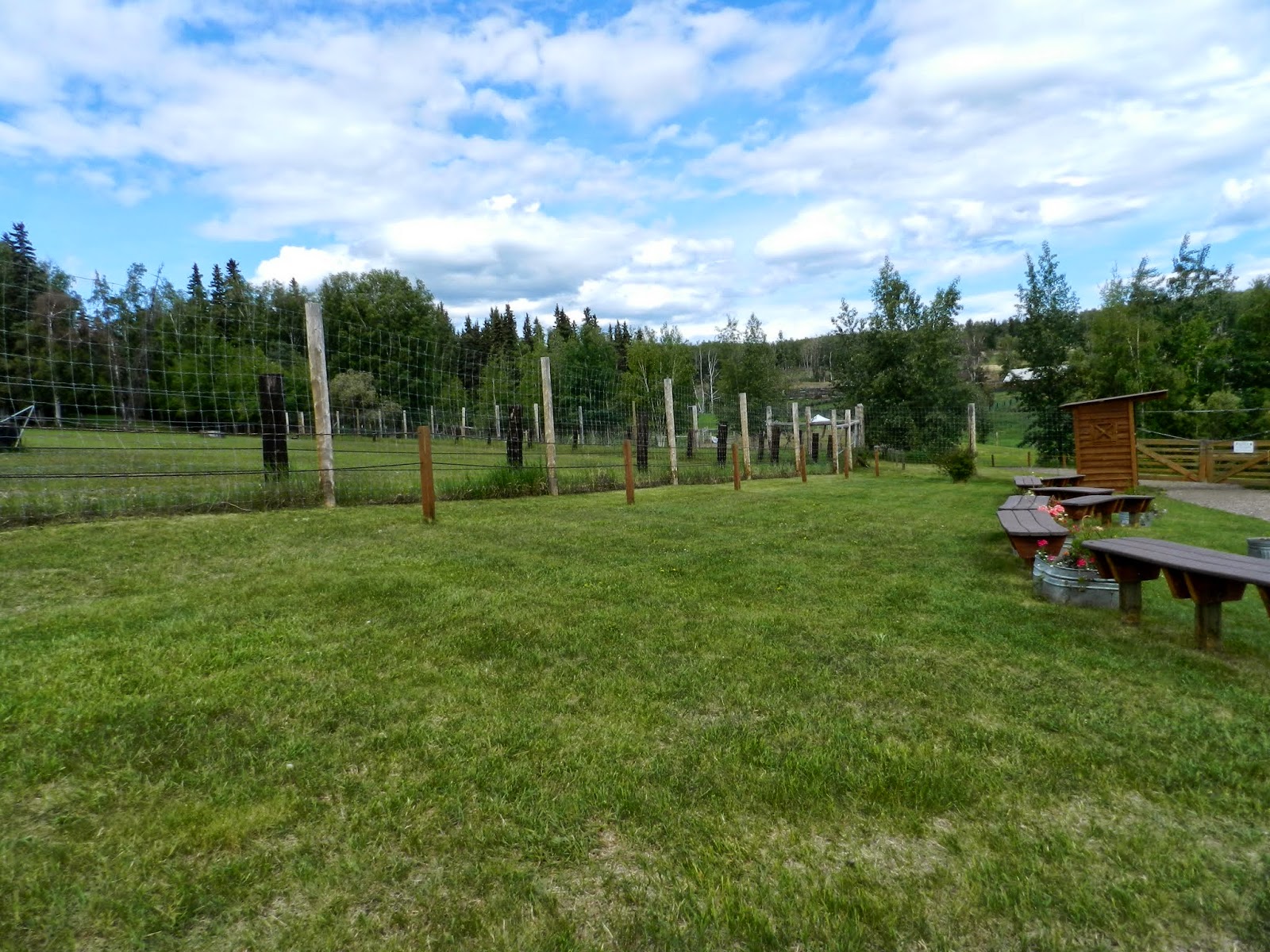 A beautiful setting for their research station 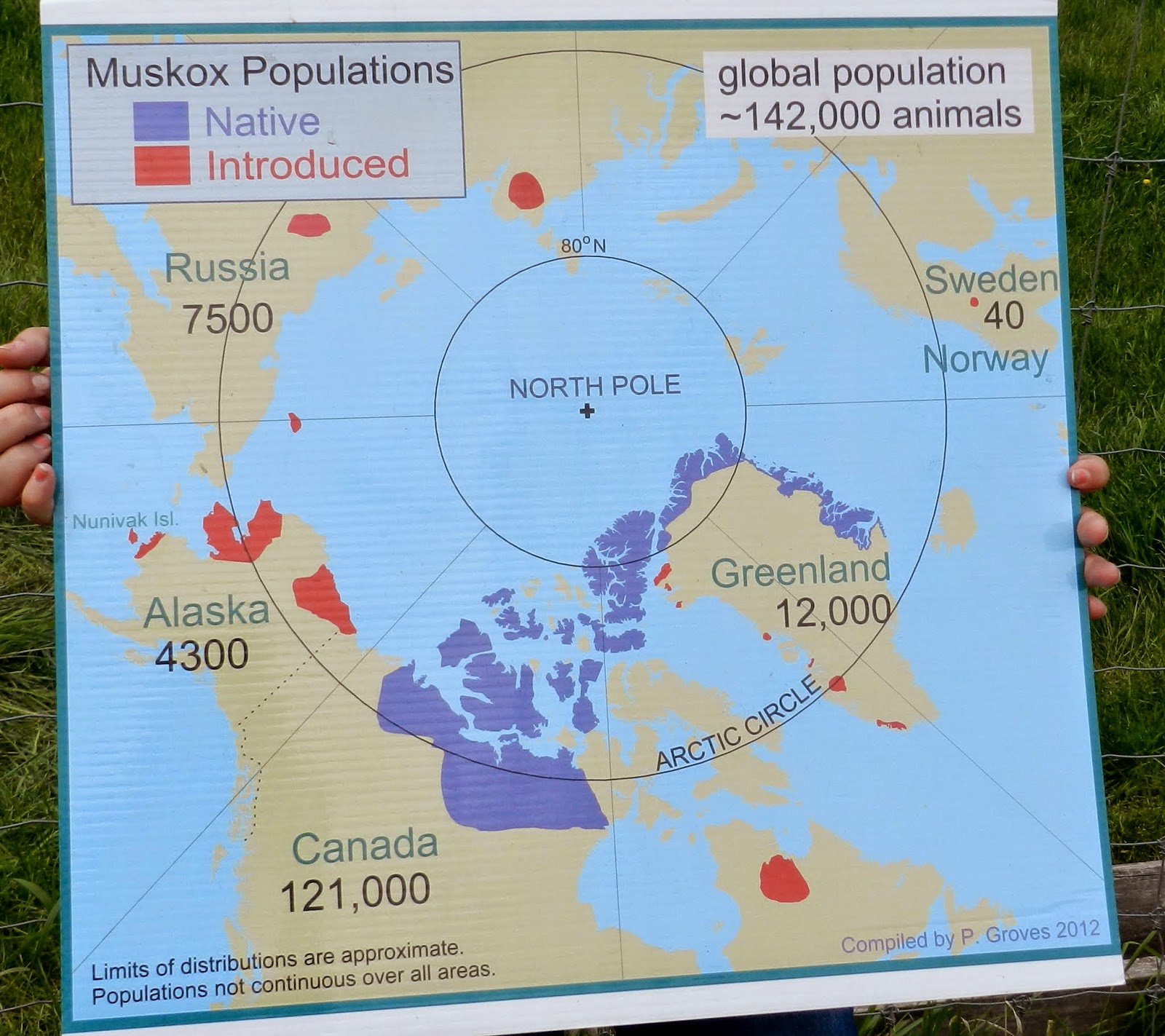 Muskox are left over from the last Ice Age.  Very interesting on how the muskox was almost extent until they became protected.  About 20 Muskox were captured in the very northern regions of Greenland and taken to a tiny island off the shore of Alaska were they were studied, given food and they started producing, eventually they were able to re-introduce muskox to various locations (the red spots) where they once roamed.  They have to be in the arctic climates only. 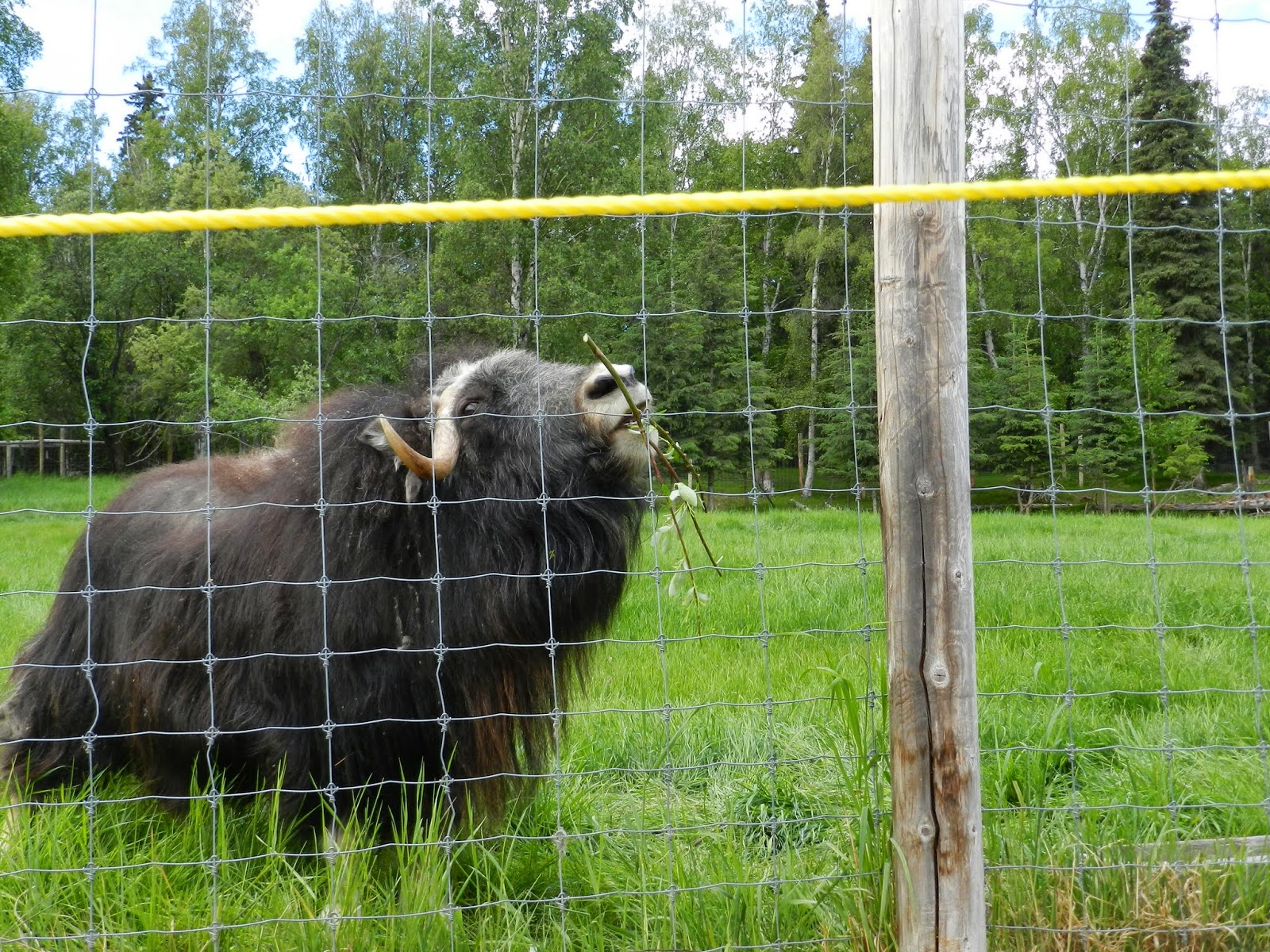 This guy was hand fed and is the only friendly one that will come up to the fence. 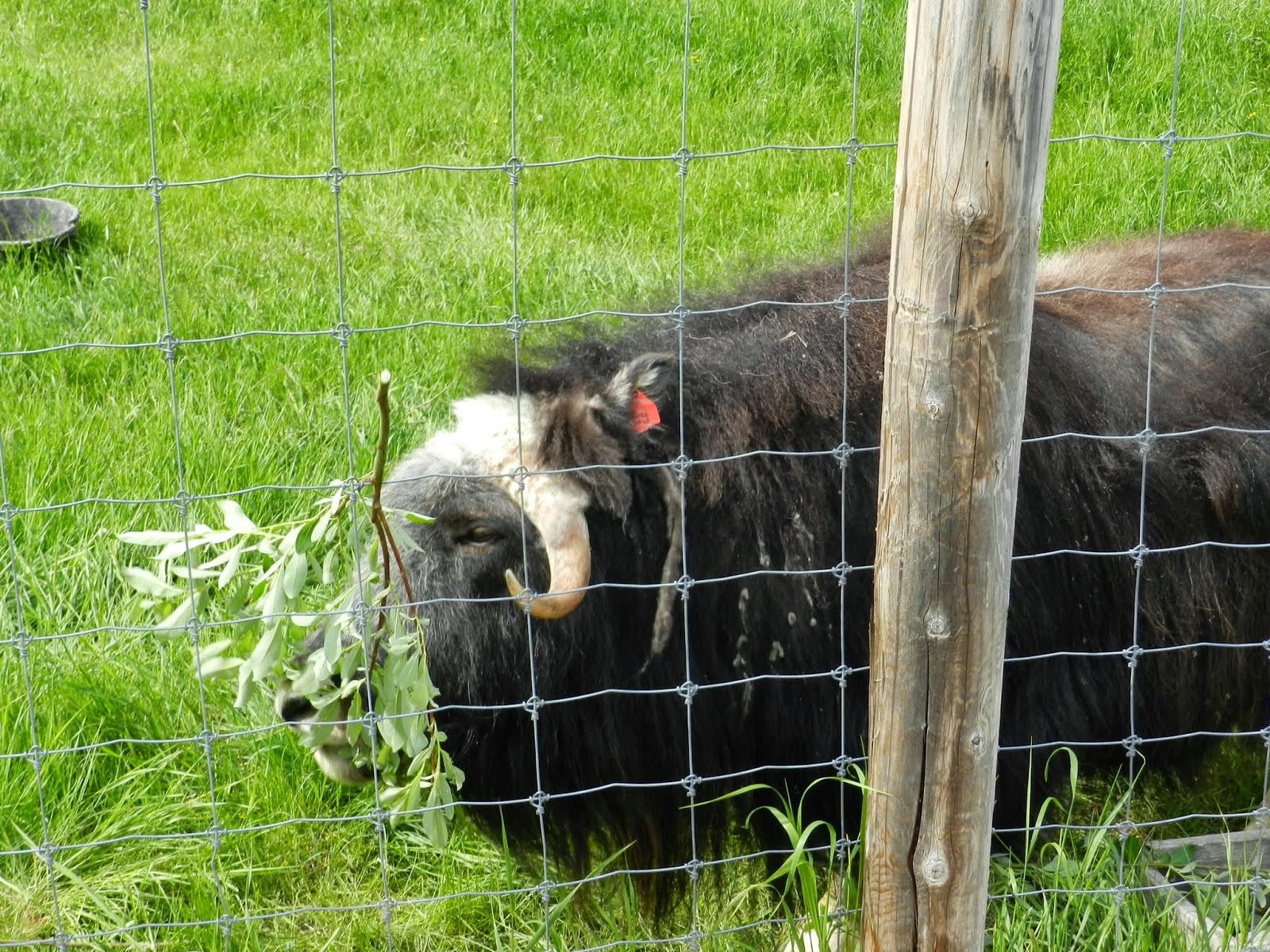 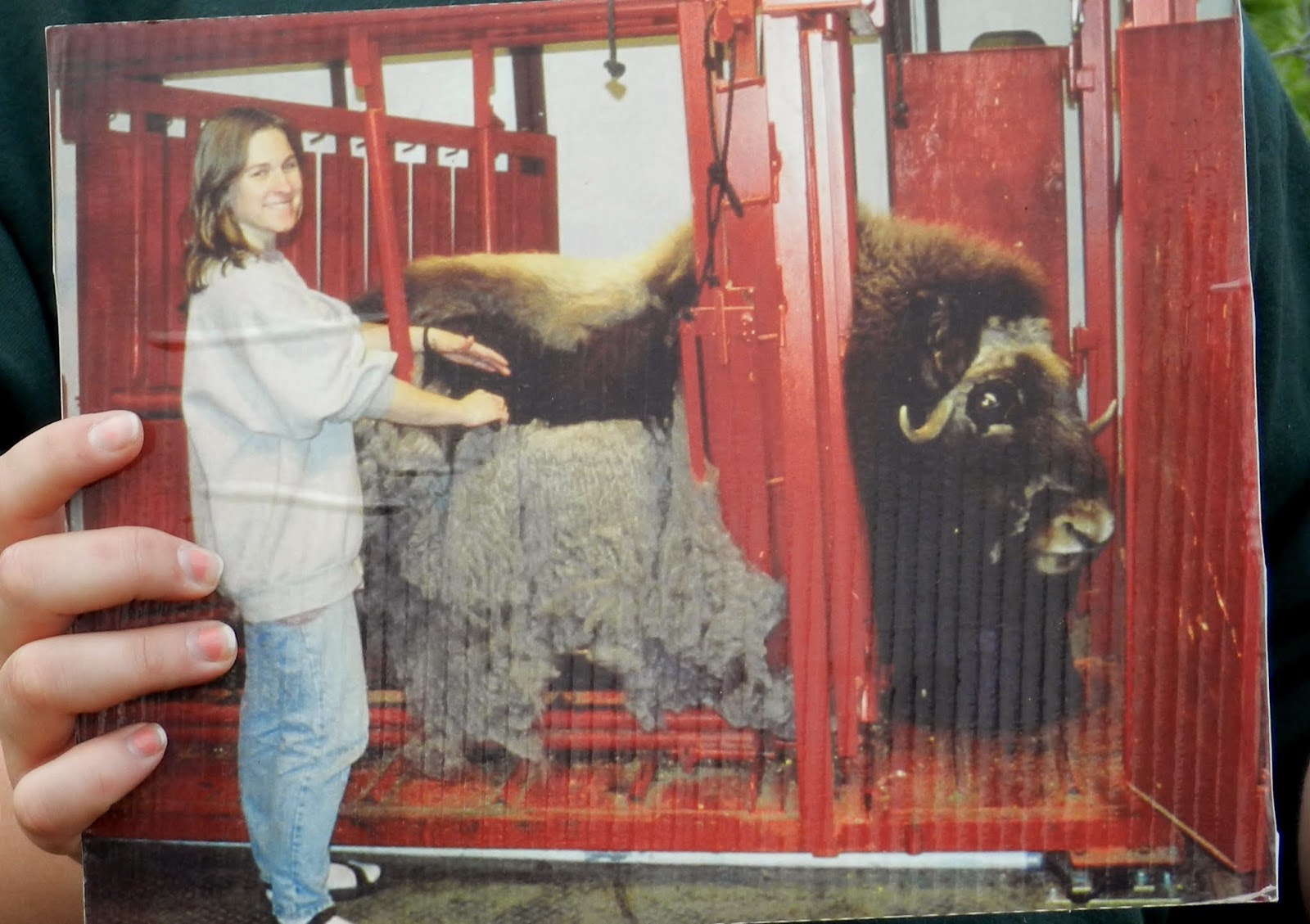 Yearly the muskox are gathered up and get their coats brushed to get the qiviut, an underlying coat that is lighter and warmer than the finest wool or cashmere. The qiviut comes off in a sheet like a sheep being sheared.  The strands are hollow allowing the warmth from their body to be trapped inside the qiviut which is how they stay warm in their frigid environment. 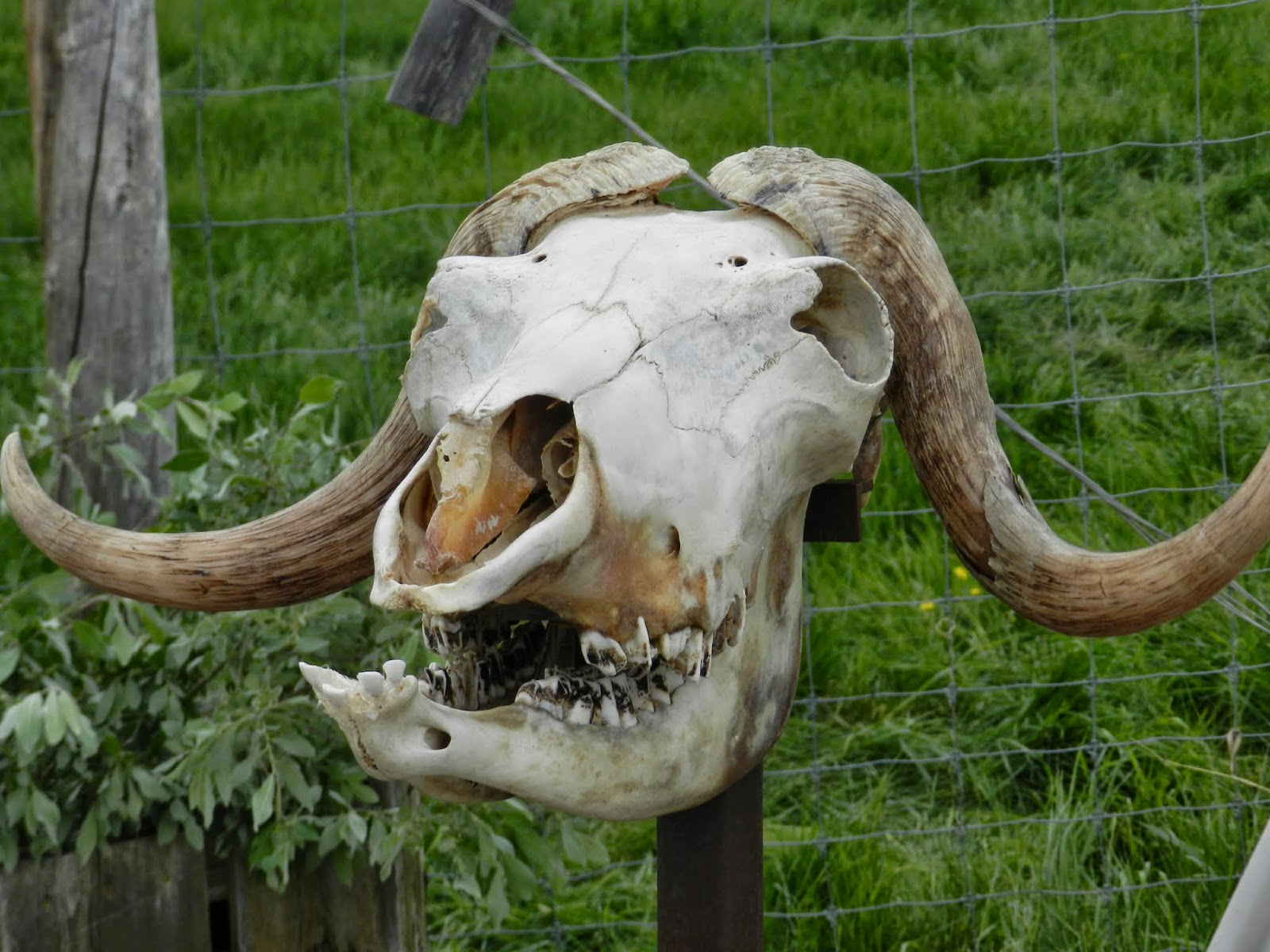 They have true horns, they do now shed or regrow.  If a horn is broken off it just stays that way.  This is the female skull 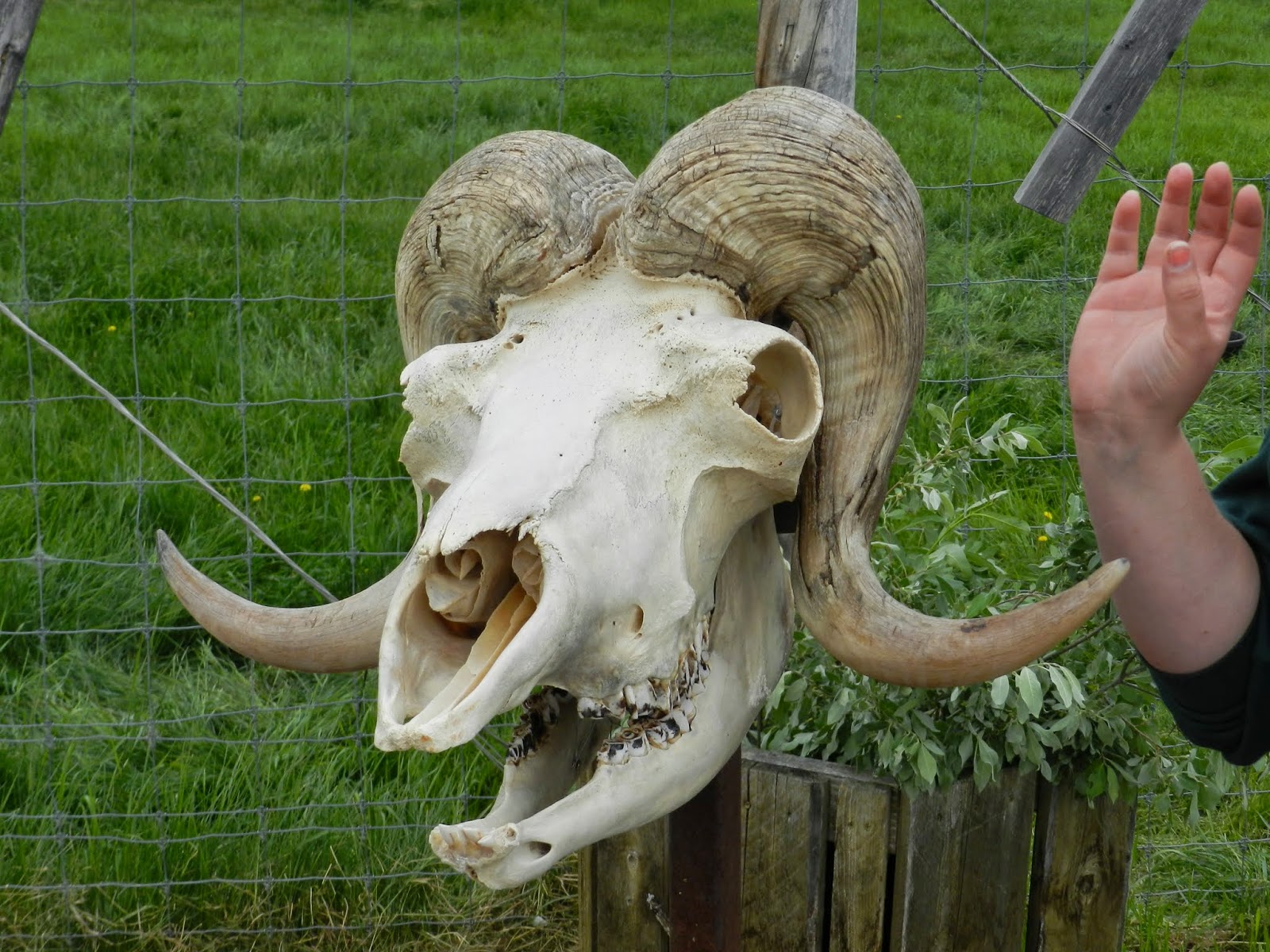 And, the male skull.  I don't remember what that top bulb on their horn is called but, it is there for a very good reason.  During rutting season the males butt each other with a terrific force, the same force as if a car drove into a cement wall at 30 mph.  Then the skull of the male is very thick at the top for added protection of them butting each other.  And because of this thickness their brain cavity is smaller than the female. 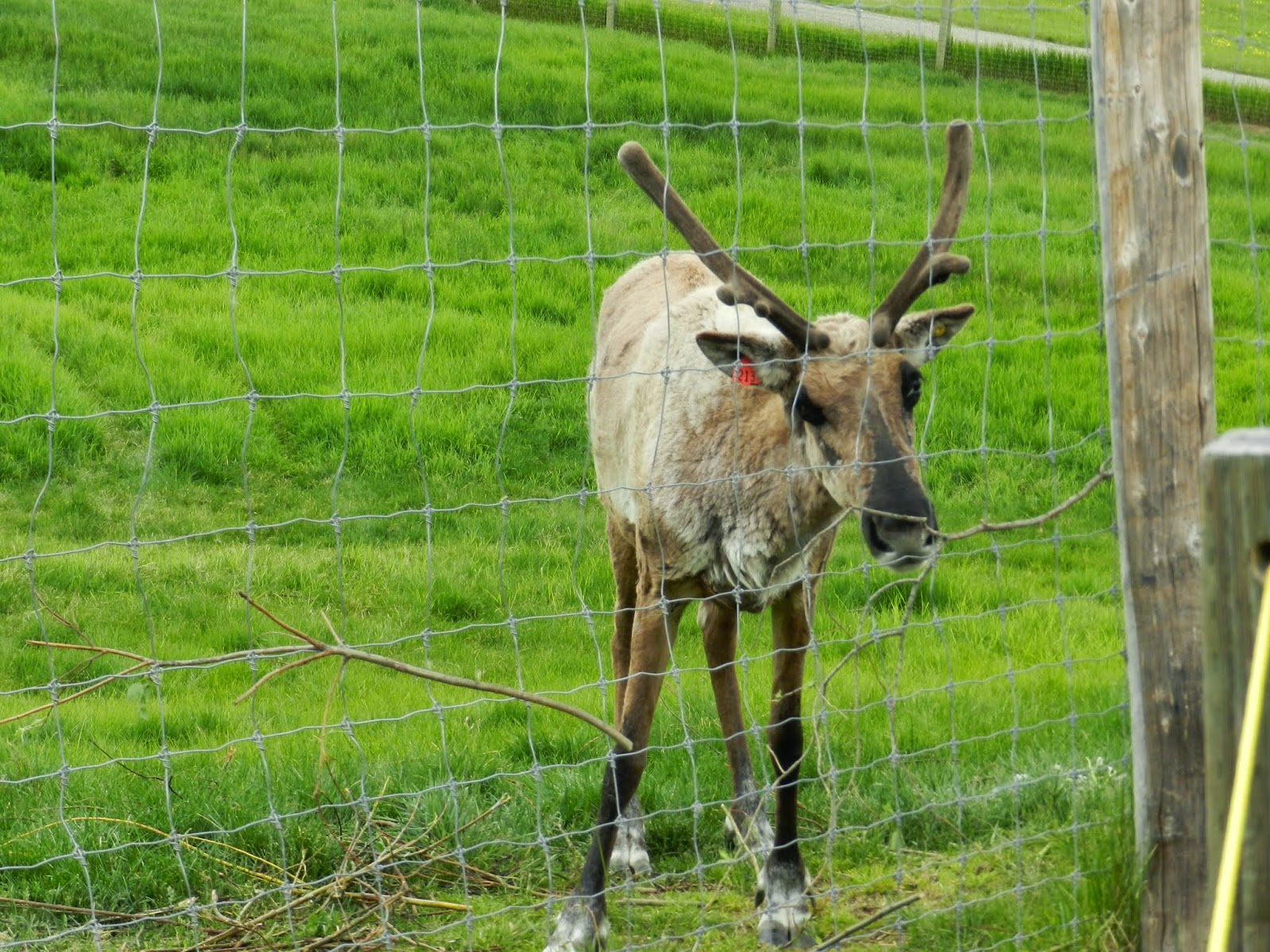 The caribou have antlers and loose them every year.  The male needs his big set of antlers to attract the right female.  After mating they loose their antlers.  The female keeps her antlers until a few days after the new calf is born.  The antlers have a rich blood supply that is needed for the female to help her make it through the winter months until she gives birth in the spring. 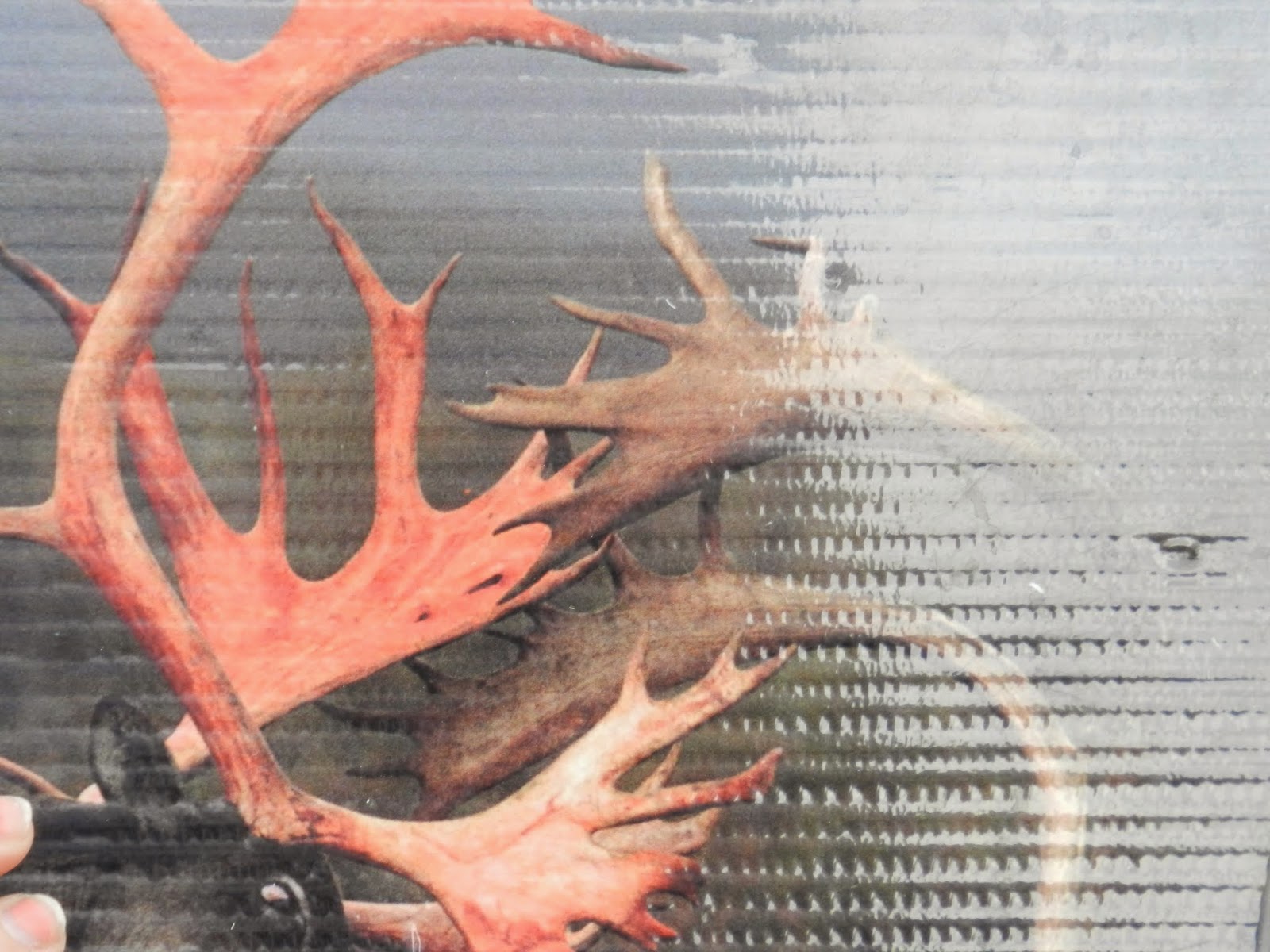 When they shed their antlers they are actually pink/reddish showing their blood supply which immediately dries up and the antlers become a brownish bone color. 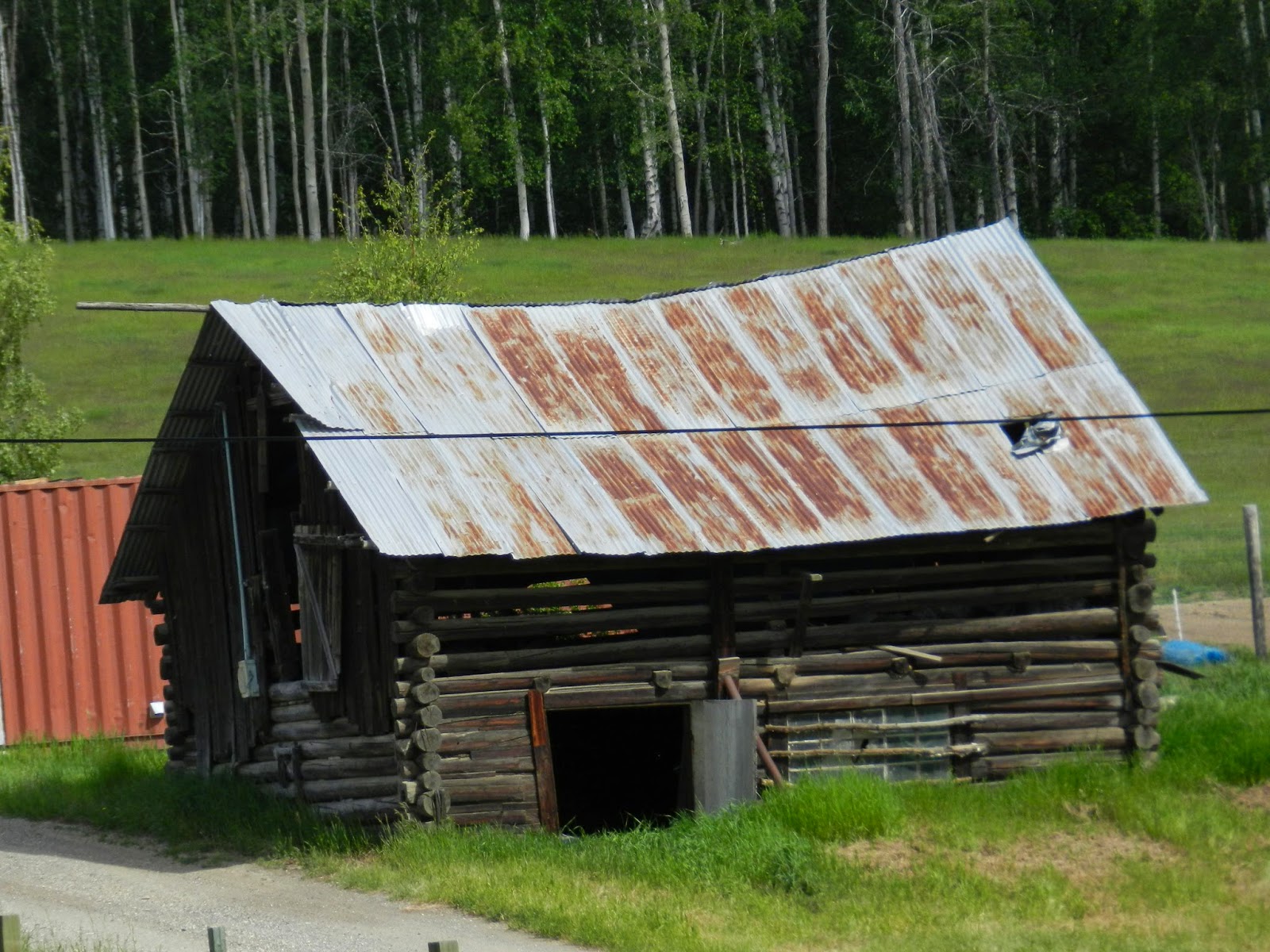 That's it for Fairbanks.  I'm sure glad we stayed an extra day after our flight to Barrow.  Both of us had sore muscles from sitting in one spot for so long on the flight.

Have a great day, thanks for stopping by

Posted by Joe and Nancy Conrad at 5:32 PM