Another beautiful day with a few clouds coming in toward the evening.  It was 37' this am, but warmed up quickly.  We sit in a valley with good size hills keeping the sun from us until about 7:30 am.
After having a delicious blueberry muffin at Cheechakos Bake Shop we drove out to the Dredge No. 4 on the Bonanza Creek and to the actual Gold discovery site. 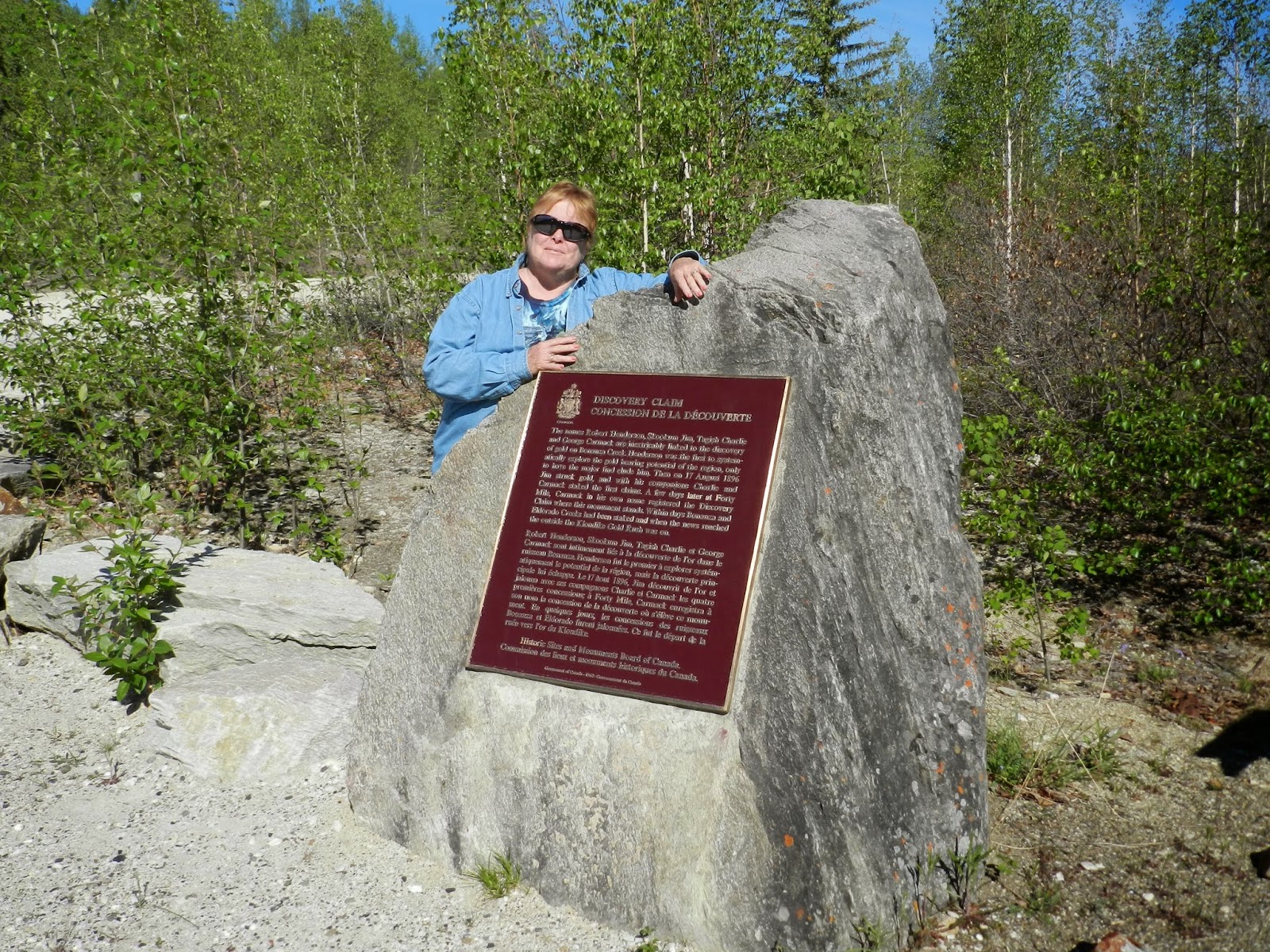 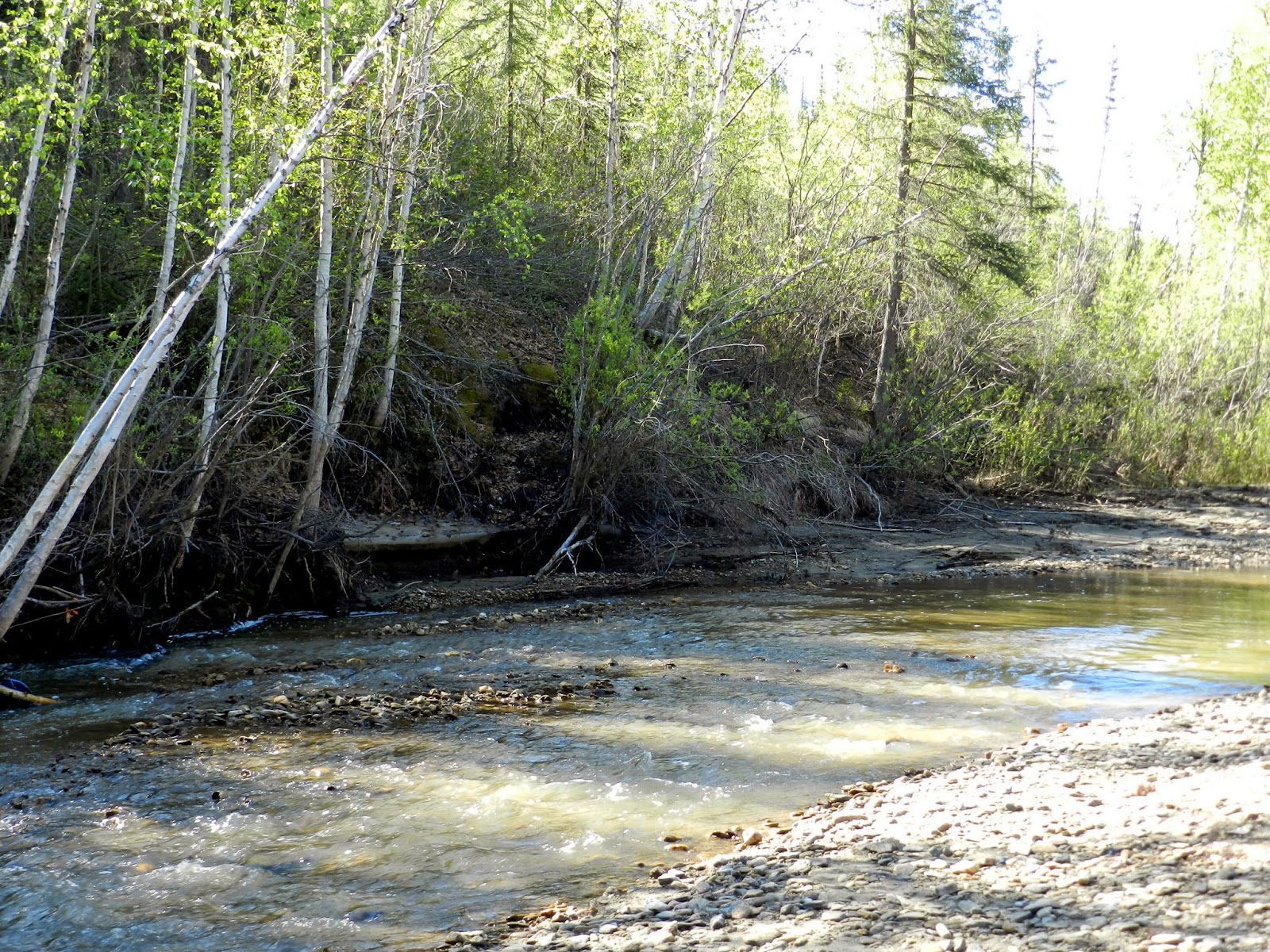 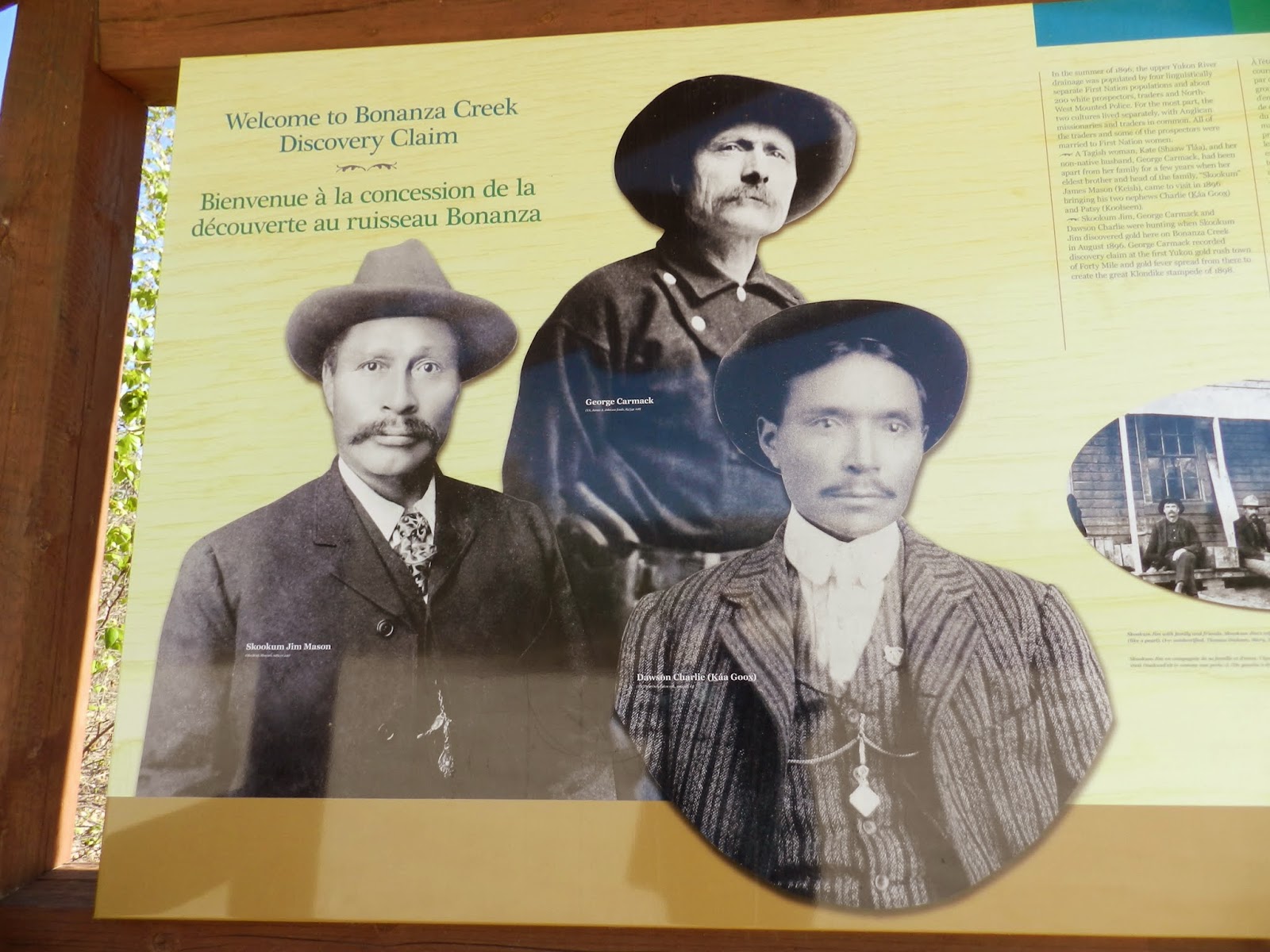 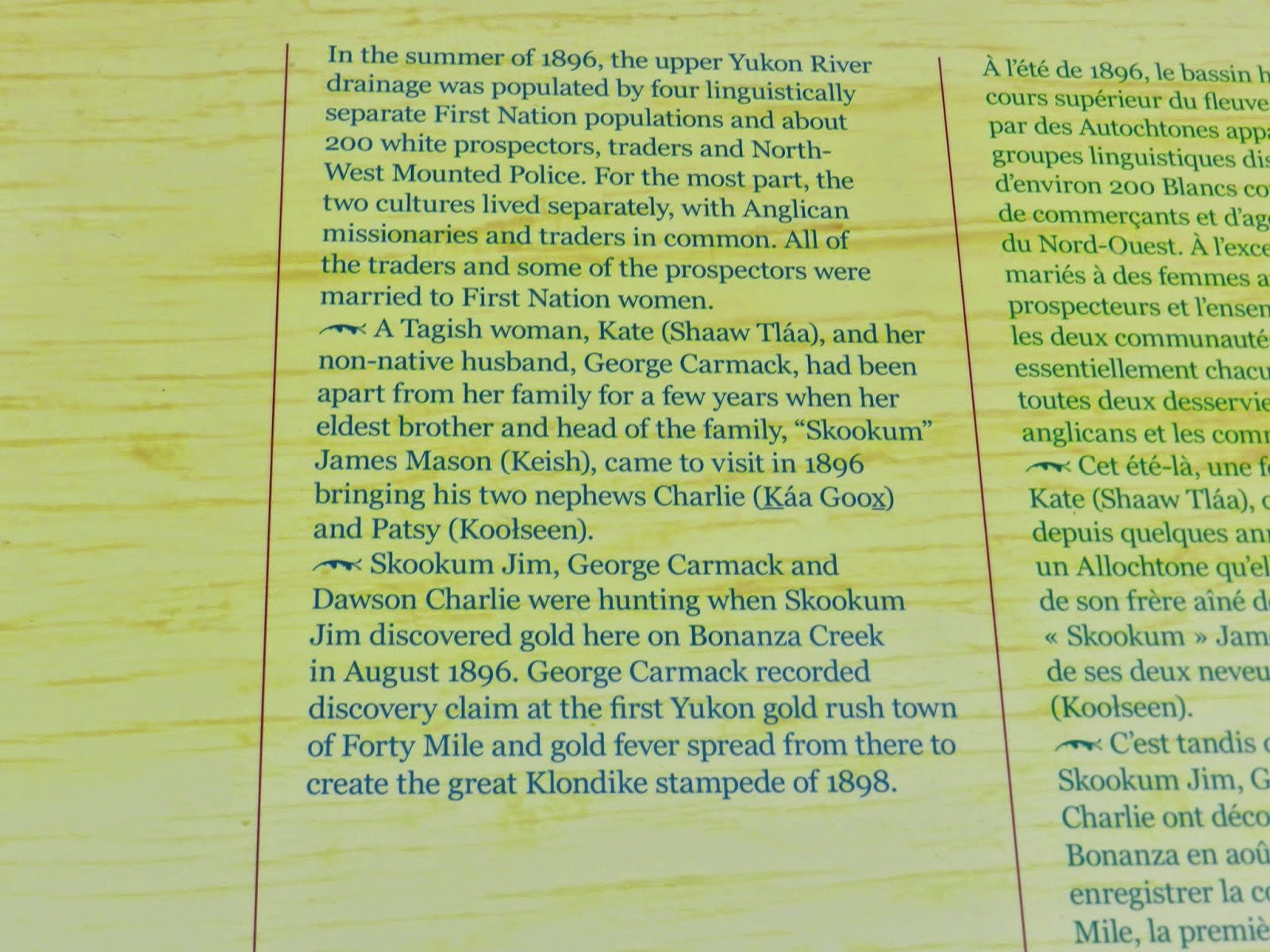 A fantastic tour of the dredge which was the largest wooden dredge in North America, at the time.  The dredge was built in Ohio and then piece by piece was shipped all the way to the Yukon, at a total cost of building and shipping about $450,000 then is was reassembled on the Klondike river.  I never really understood how the dredges worked and how did all those "tailings" get in so many piles.  Well this was all explained very thoroughly.  This was a very good tour and something you would not want to miss. (not too many pictures inside the dredge as I ran out of "space" on the camera) 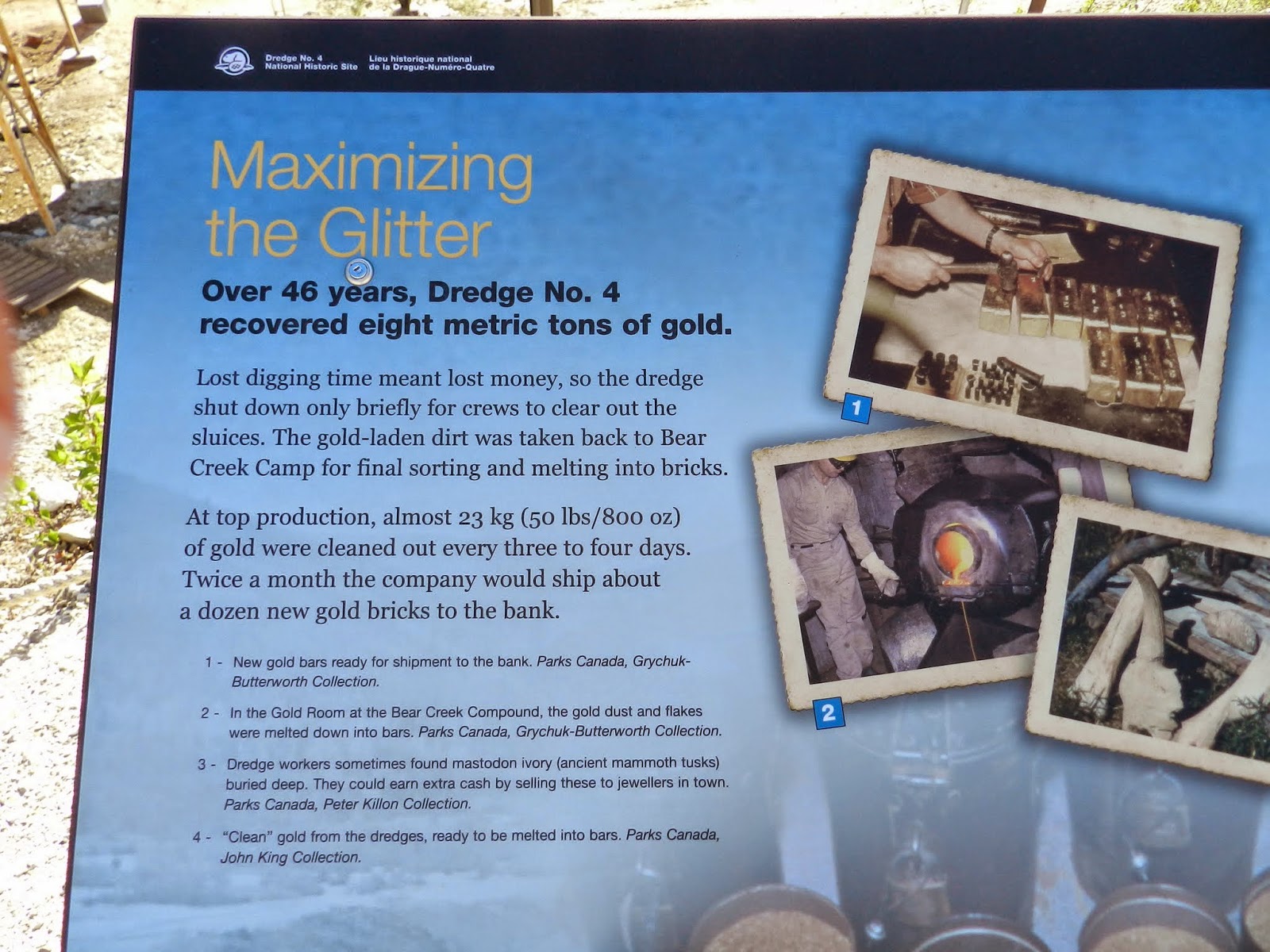 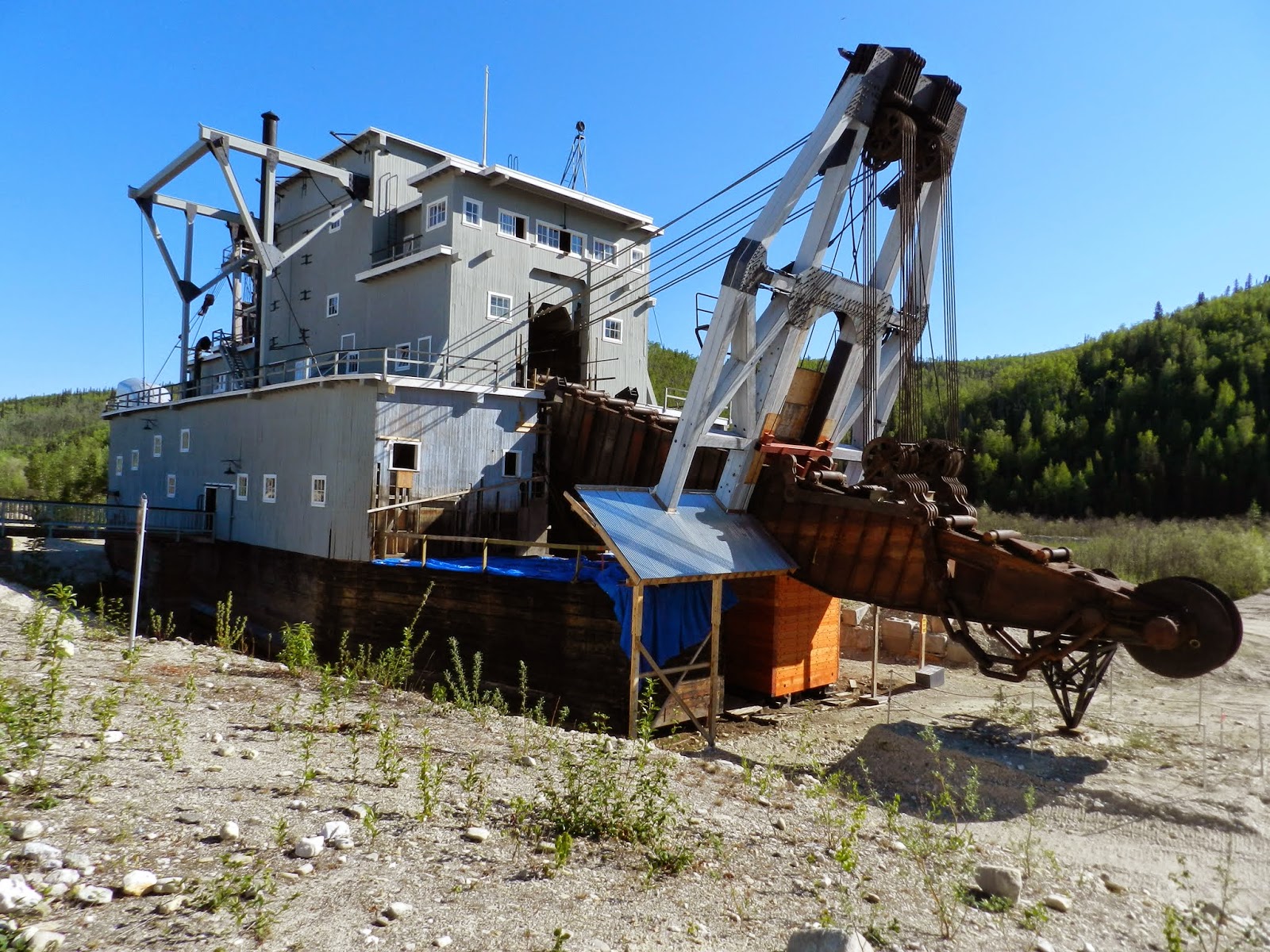 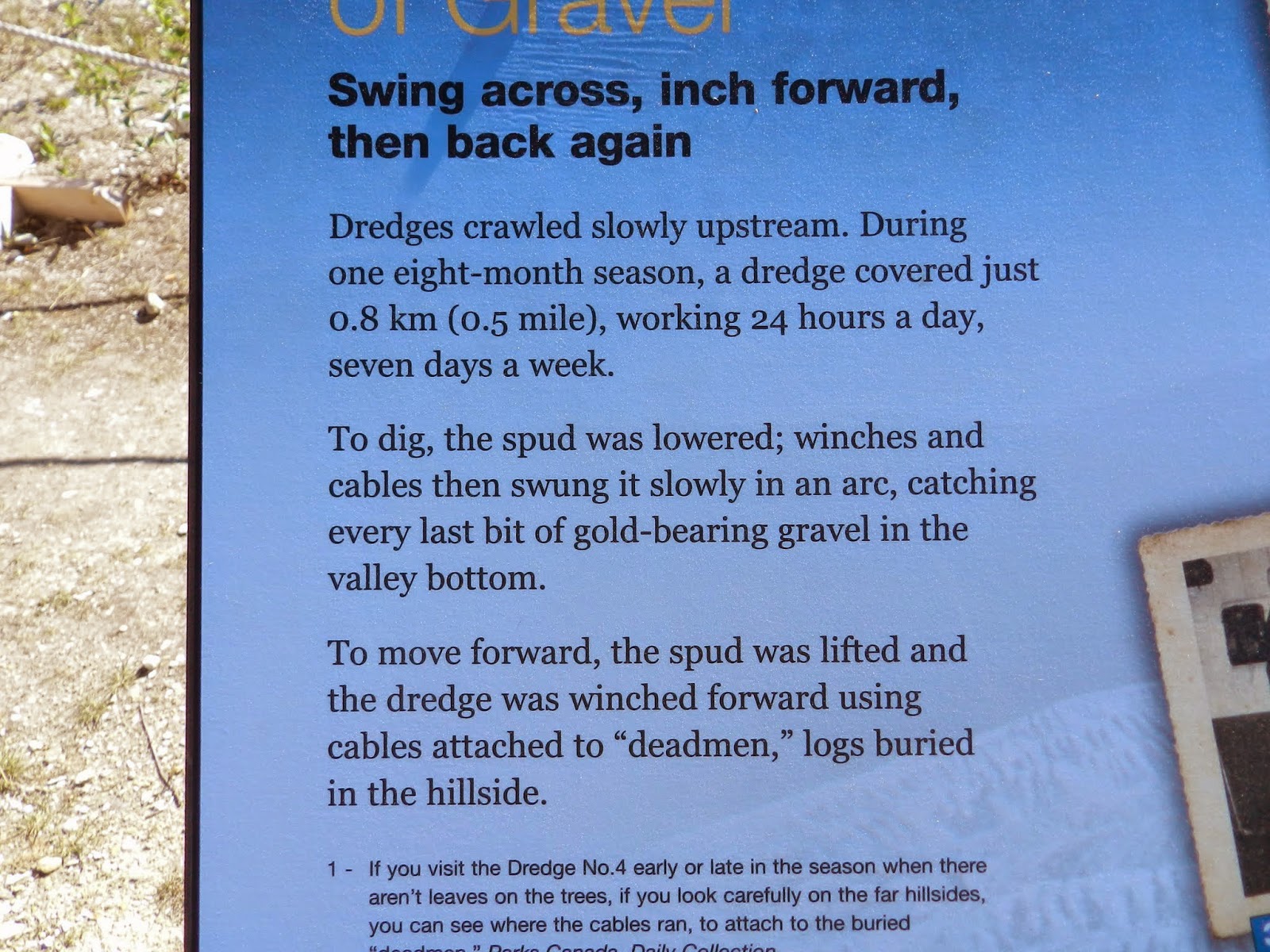 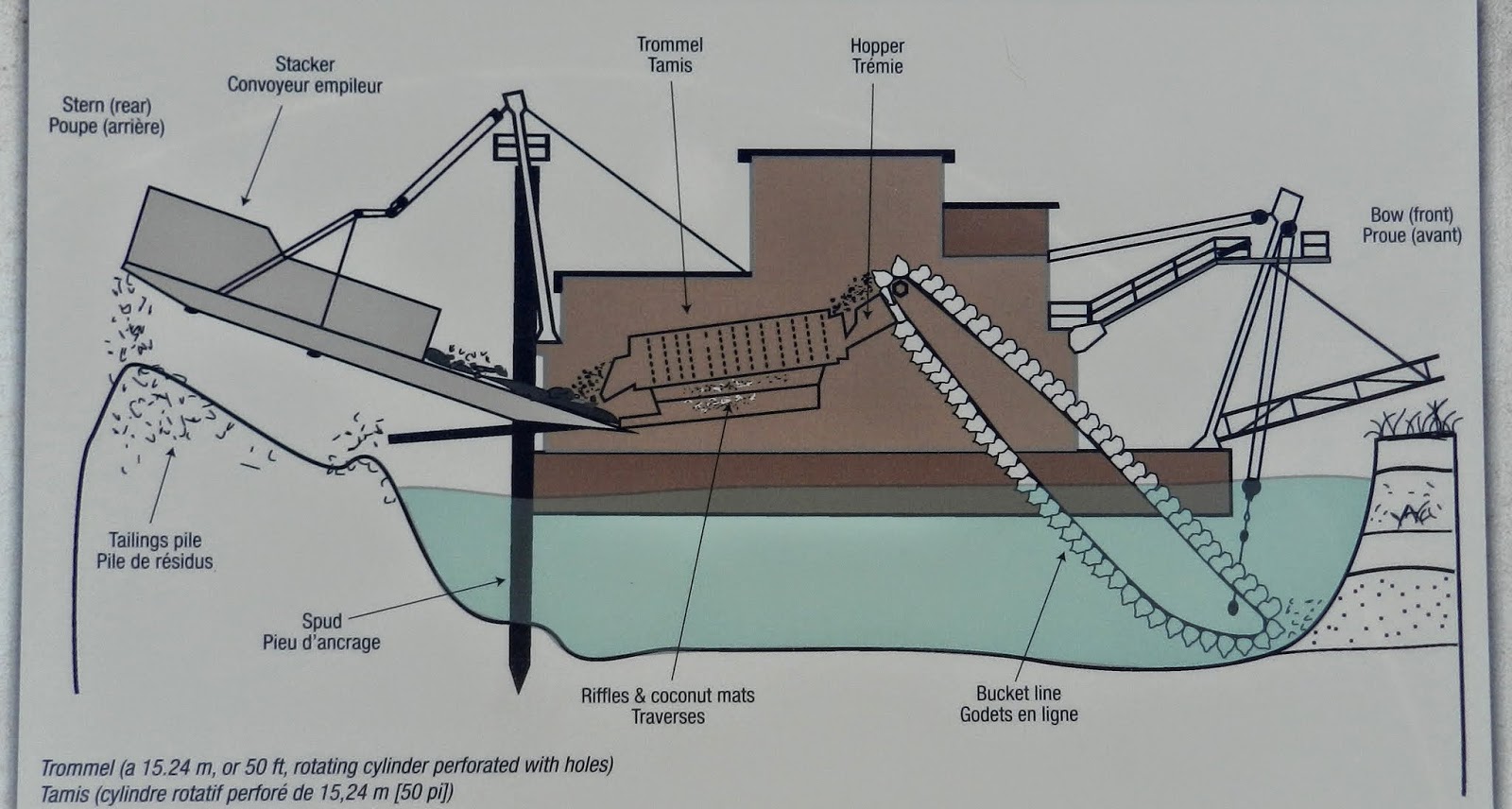 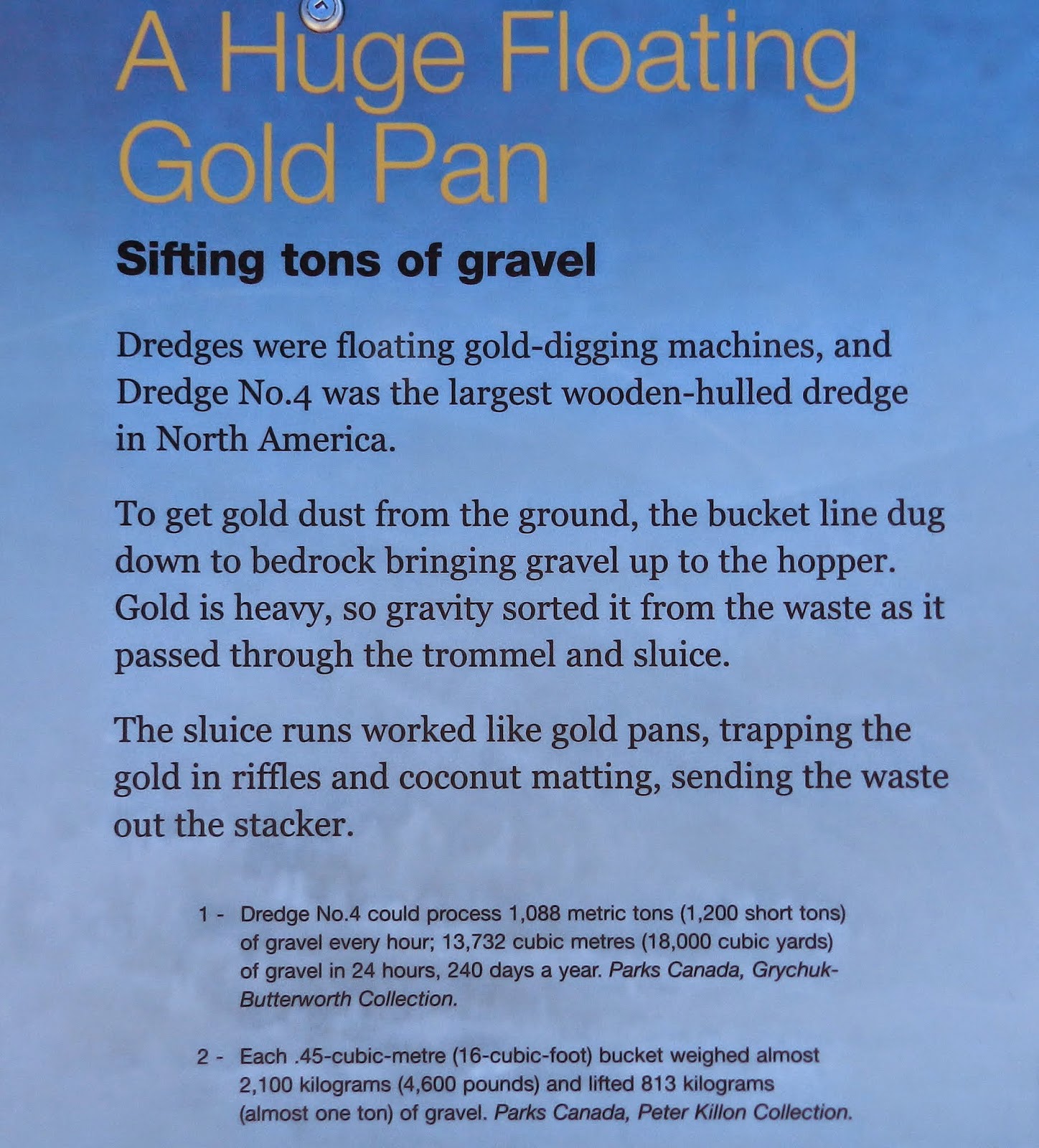 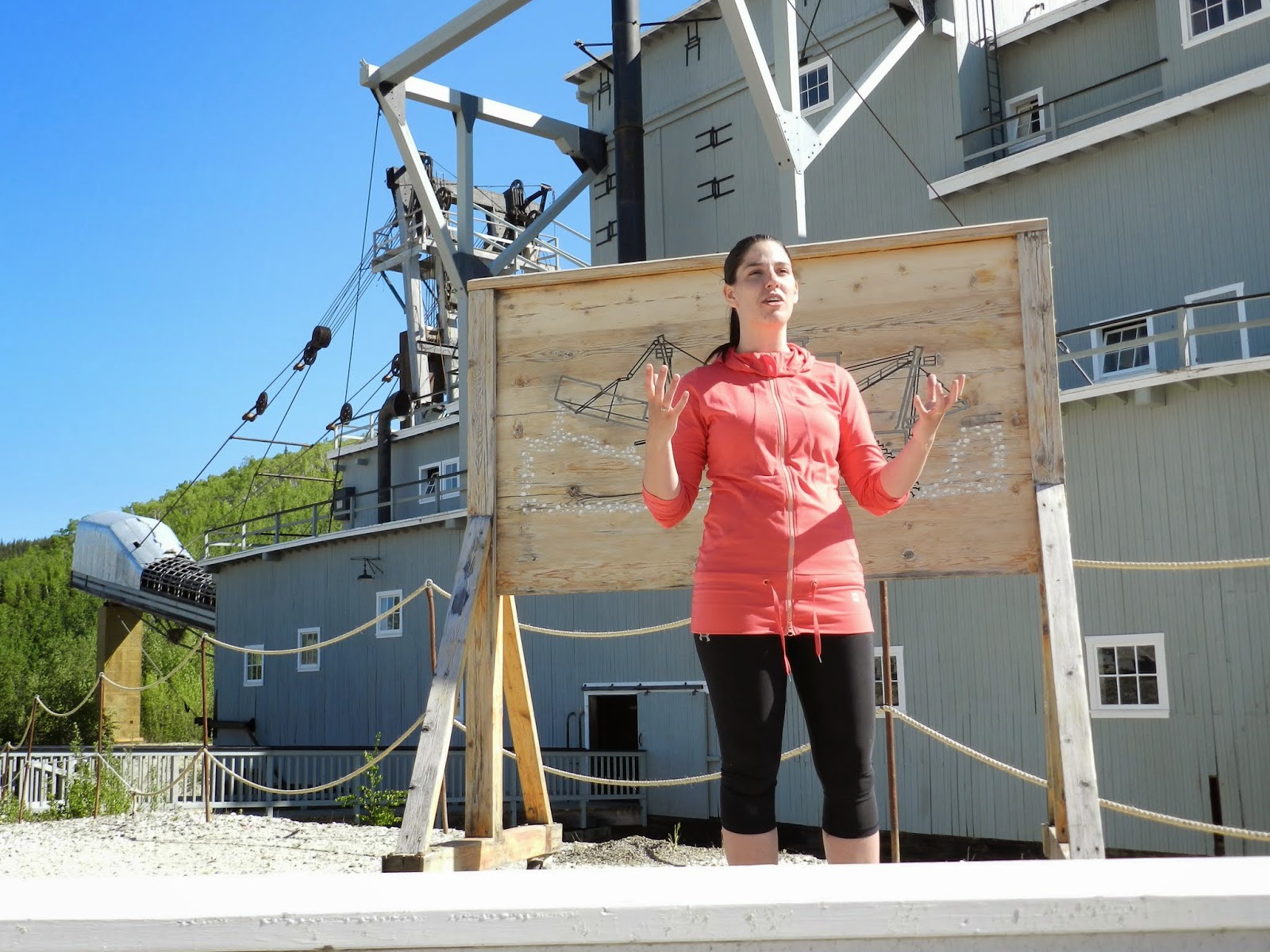 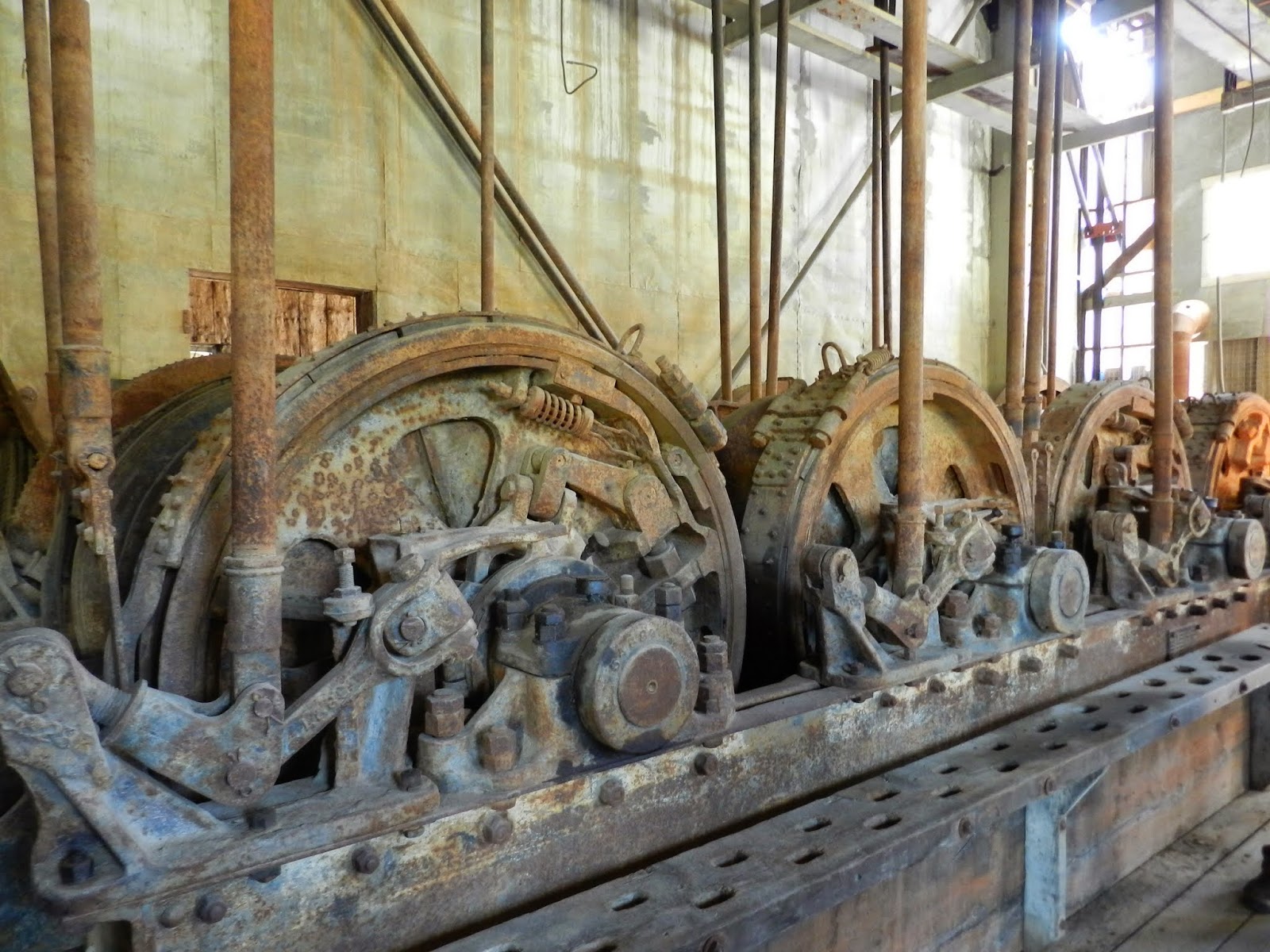 Coming back into town we fuel at $1.65/liter.  The most we have paid so far, but we only needed enough to get us to Tok, AK a distance of about 200 miles.

In the afternoon we went out on a river trip with a local Native American; Tommy Taylor, of Fishwheel Charter Services, took us out in the river then turned the motor off and we floated downstream while told us about the river, fish, an the animals and his way of life growing up on the river. 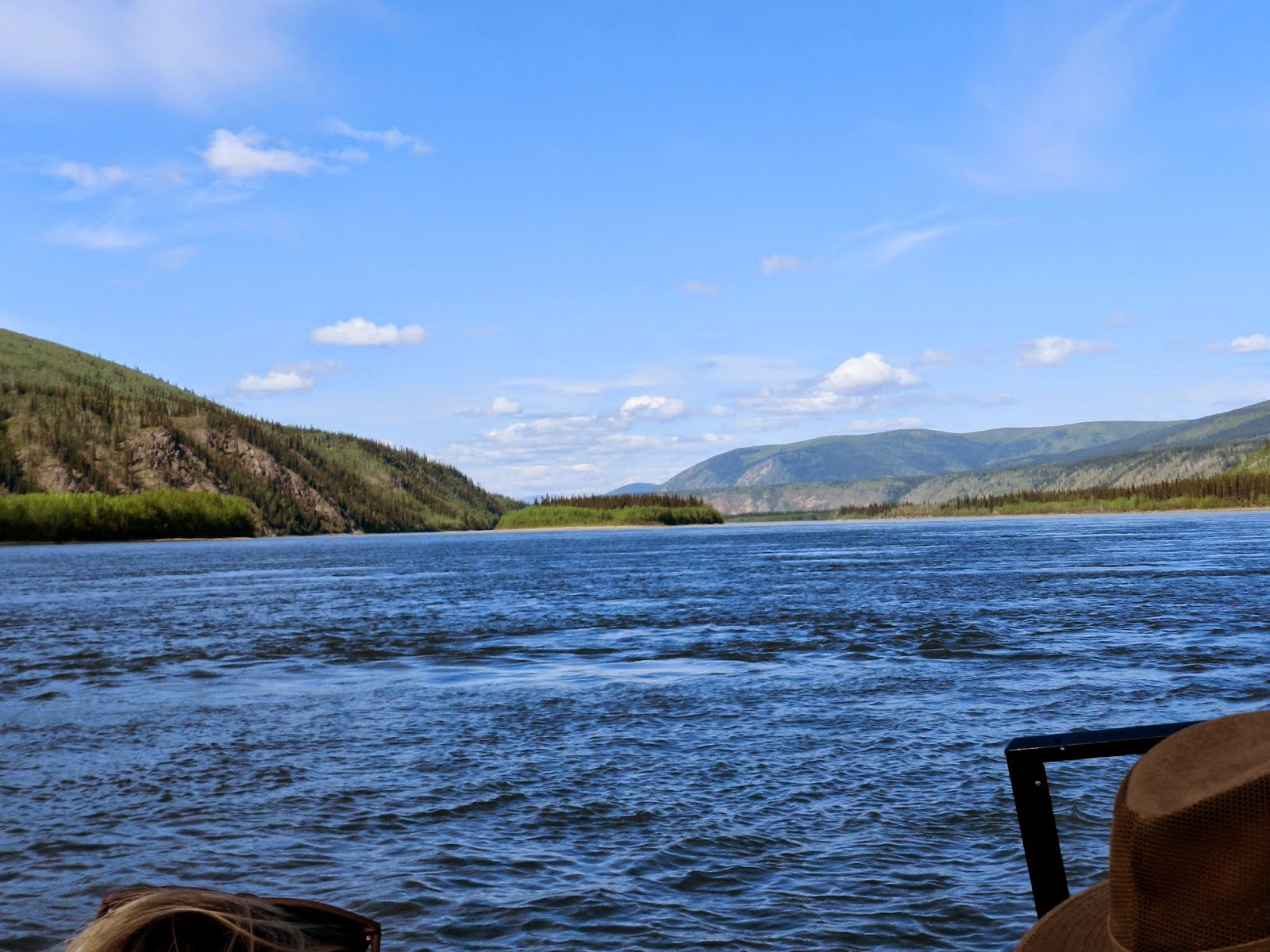 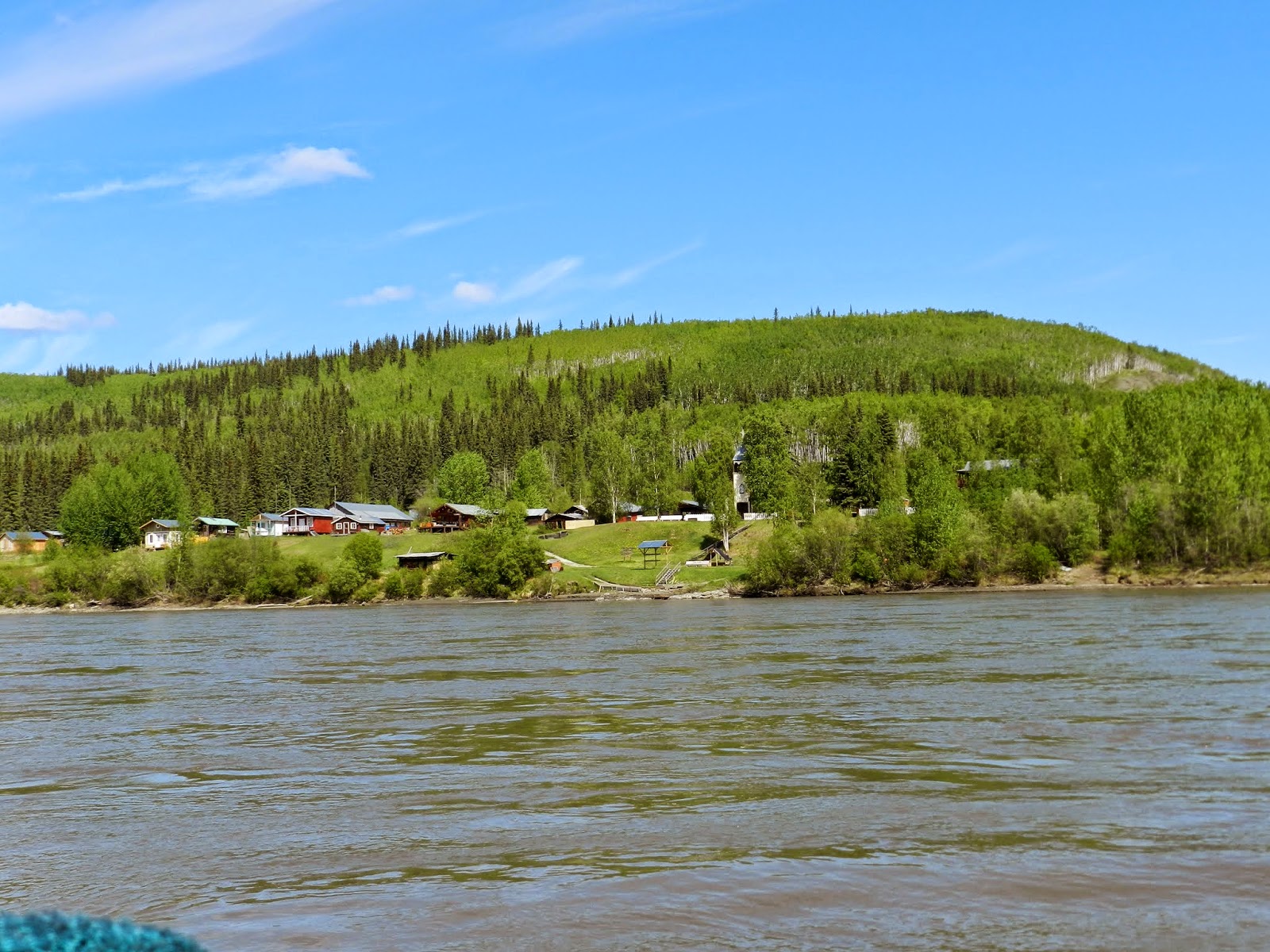 His family owns part of Dog Island where he lived most of his live as a youngster. There were many Musher's everywhere andthey were very useful in the winter months, but during the summer months they needed a place for them so they were deposited on "Dog Island" and Tommy's family helped take care of them during the summer.  I guess it was pretty good for the dogs because they were fed lots of salmon and ran freely all over the island.  When the snows started coming people then came to claim their dogs.
We traveled further down the river to a place that also belonged to Tommy.  This is where he builds his own fish wheel and will catch 800 - 1200 fish a season.  The fish are fileted and then hung outside.  Most of the fish were food for his 52 dogs along with his family.  The dogs are now gone and he only fishes with the fishingwheel a little.  There are only a few people on the river that know how to make the wheel.  The wheel making was taught to each generation, so he learned from his father. 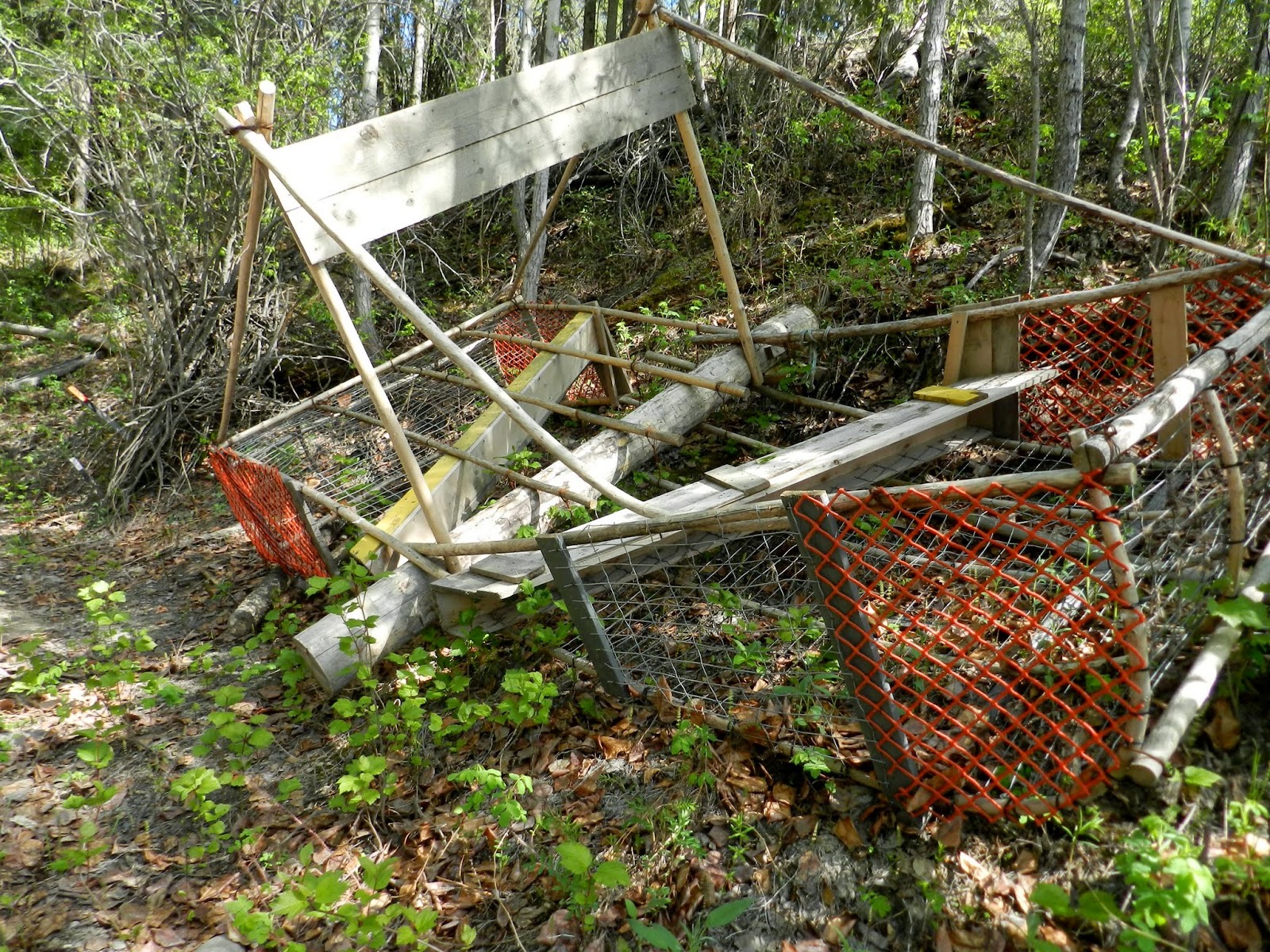 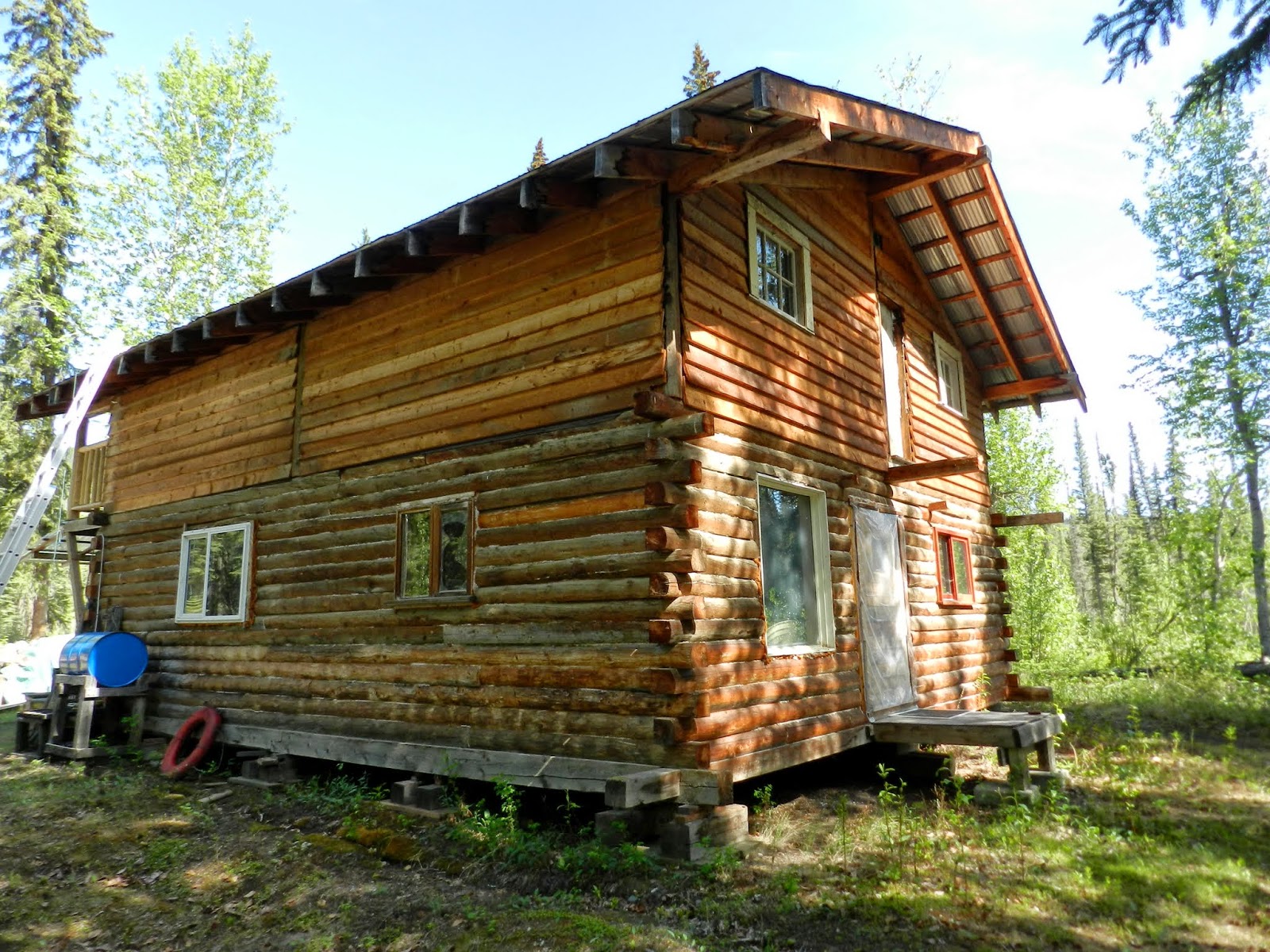 This is Tommy's house.  He bought this cabin in Dawson City, disassembled it and then re-assembled it here on his property 6 miles down river, he also aded a second story. 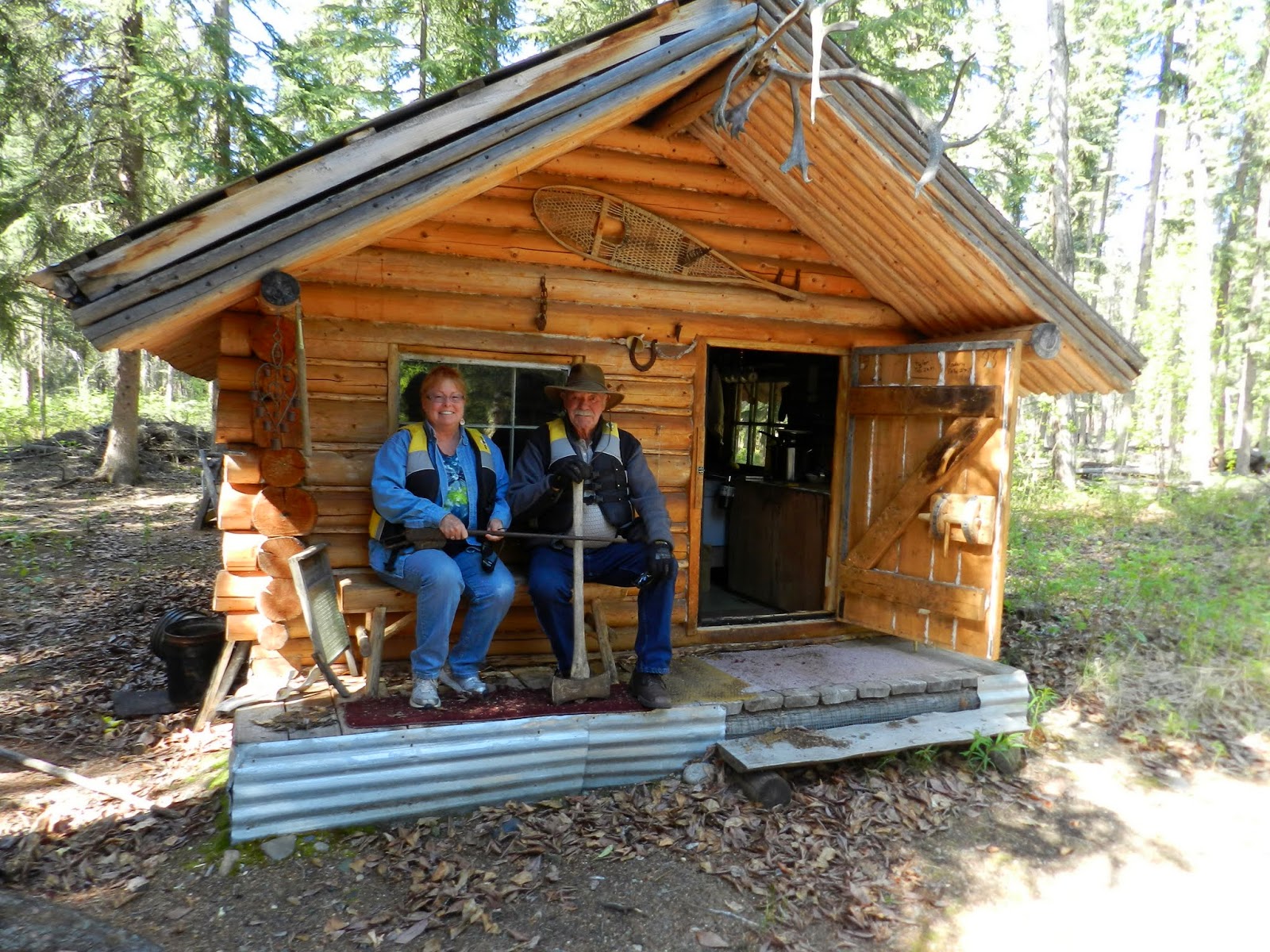 A small cabin build by someone visiting him who had never build a cabin before but did a very nice job.  It's a one room with bunk beds, cooking area and eating area.  It's short because it takes less heat.  The guy stayed in the cabin for one year. 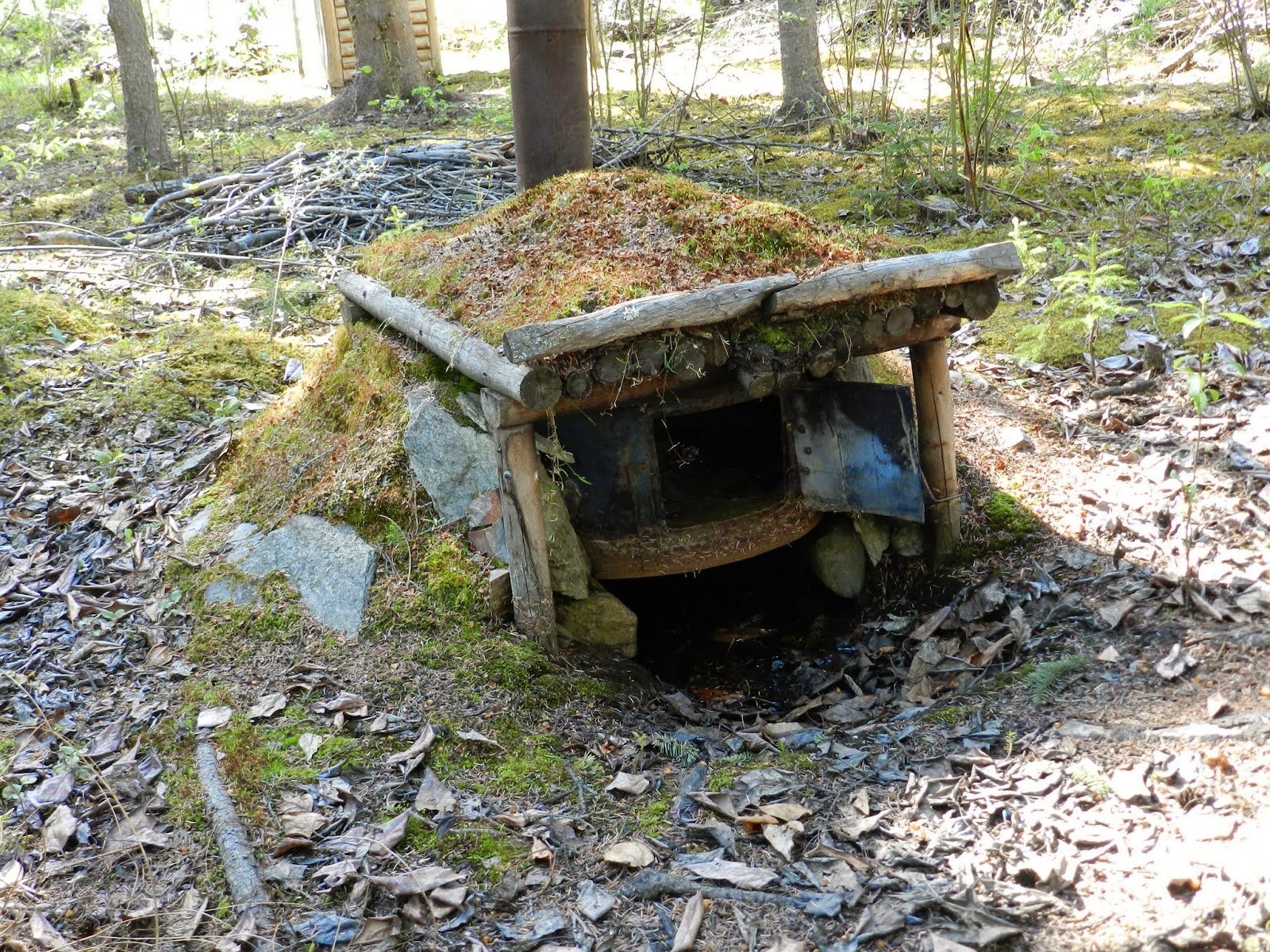 Out door oven, he made all his bread.

Back to Dog Island and up on shore we were treated to hot tea, and a wonderful warm afternoon.  We soon had to return to Dawson City as it was almost 5:00 pm, my how the time flies. 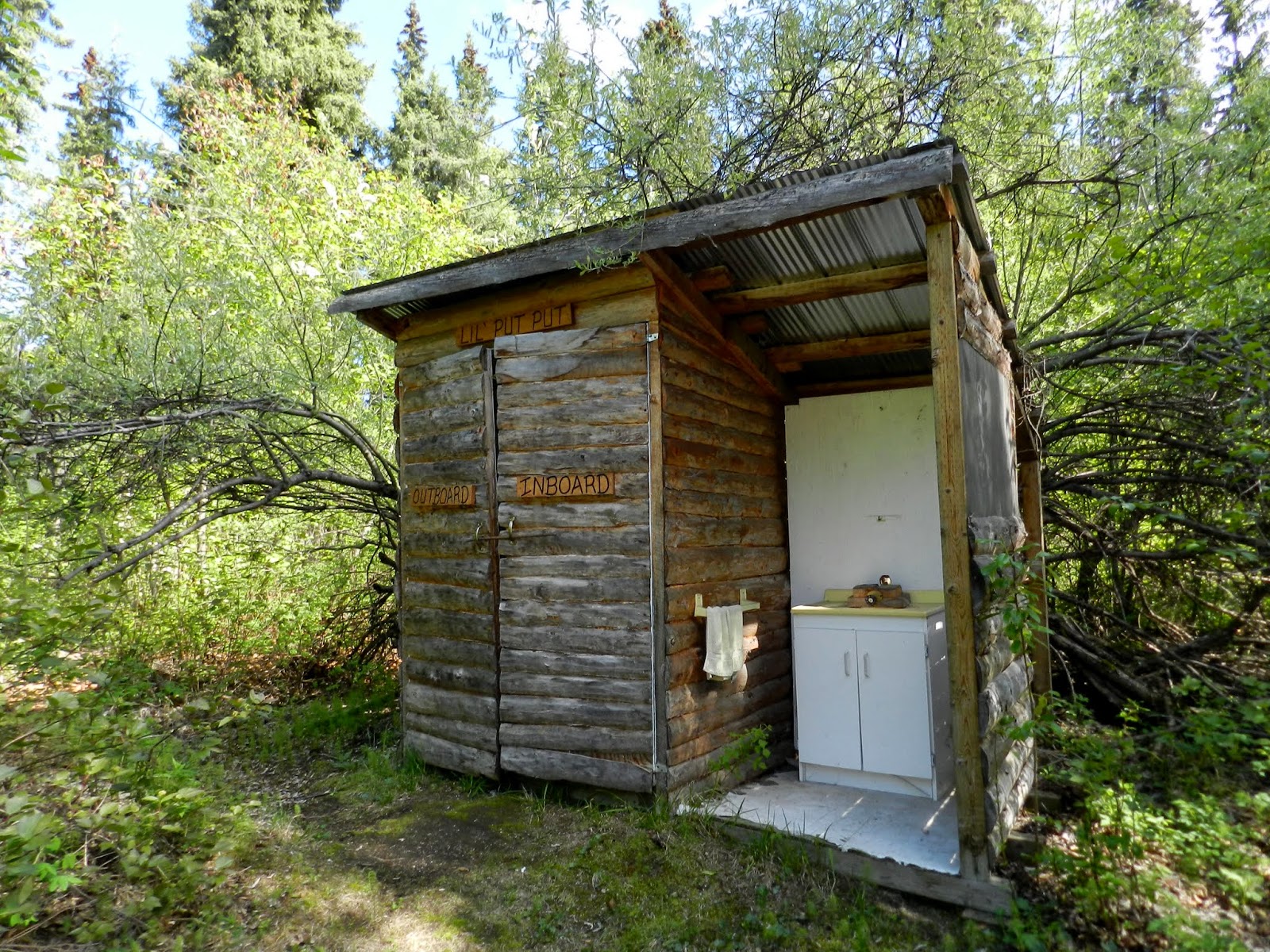 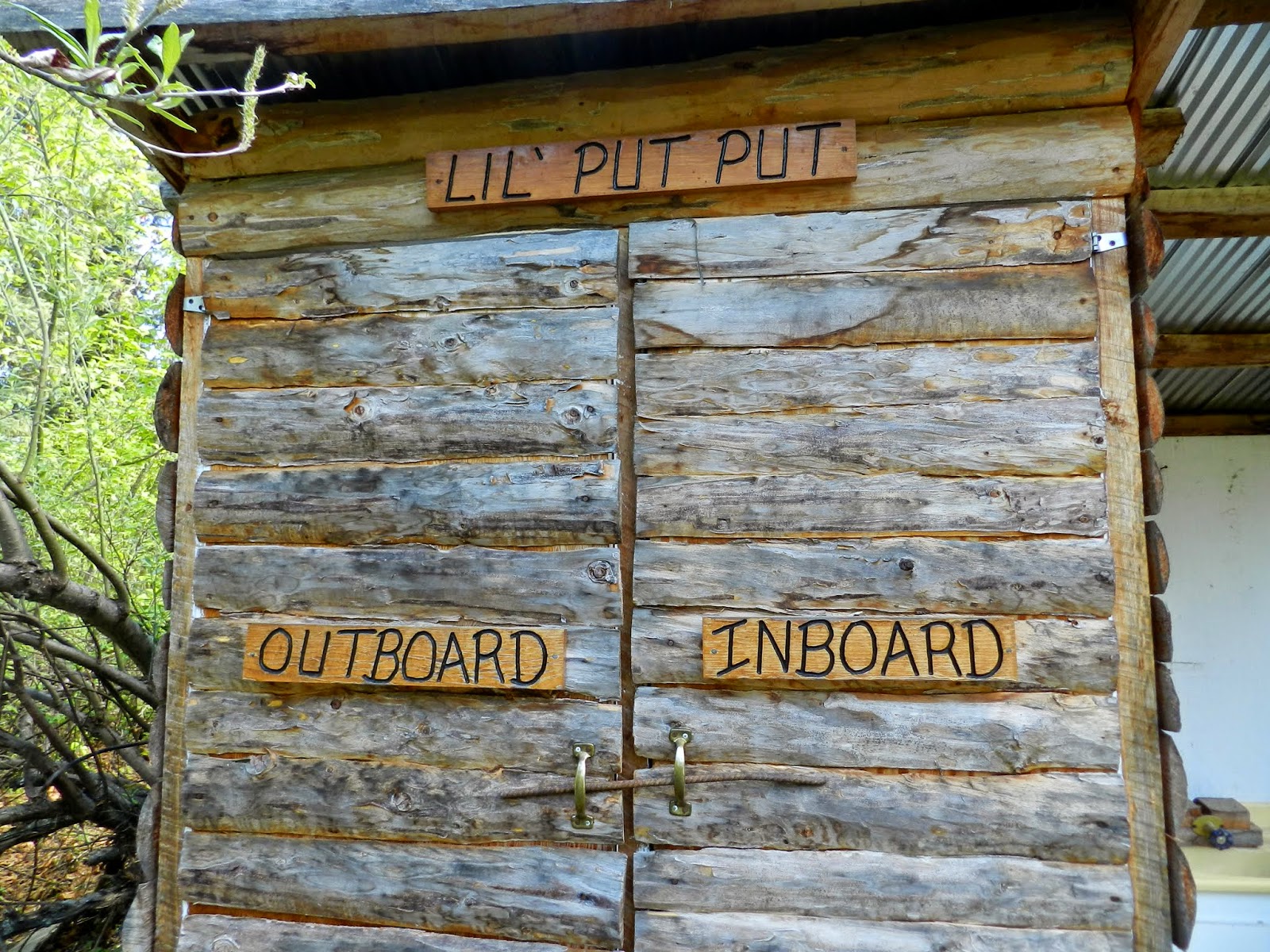 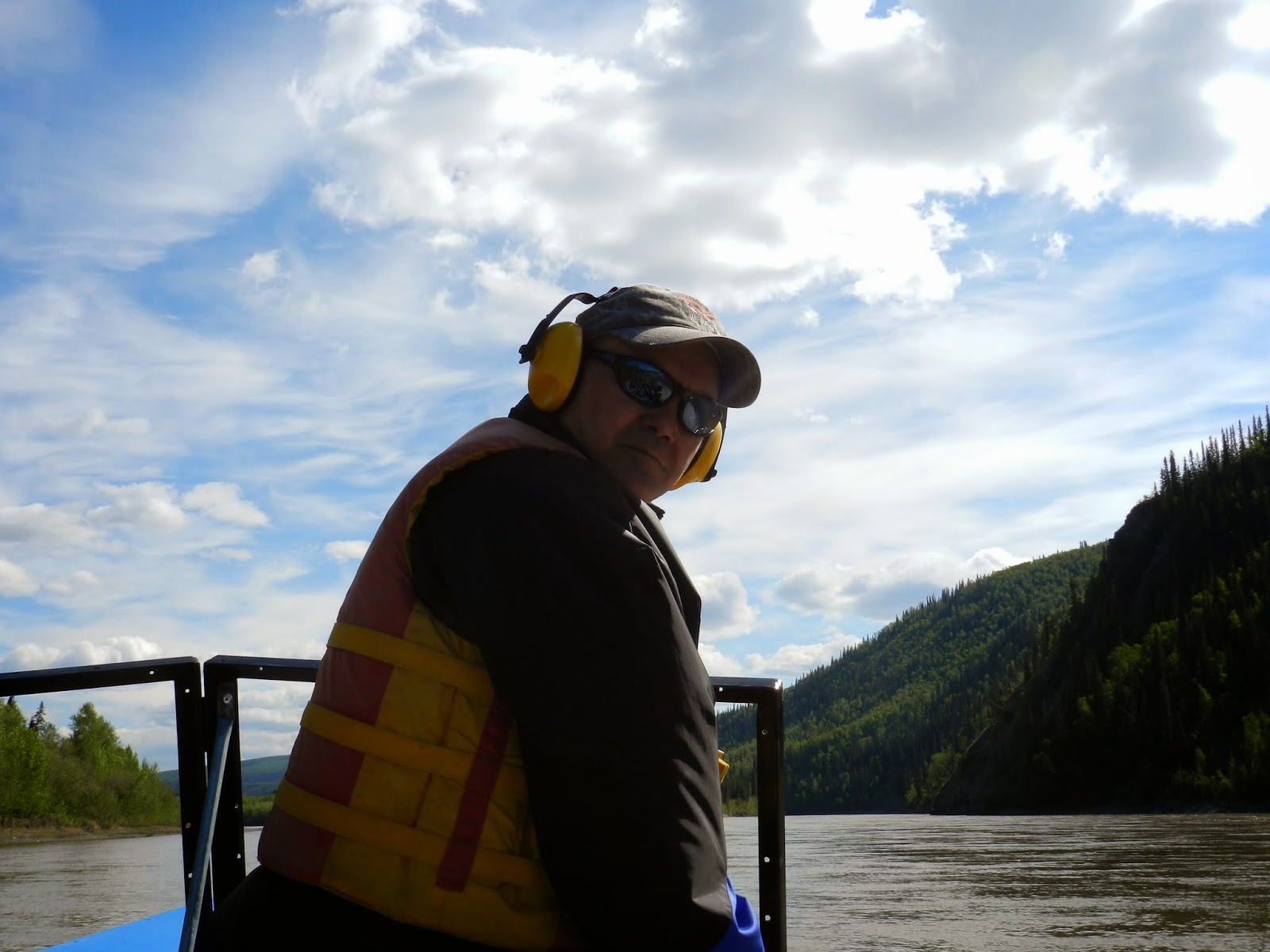 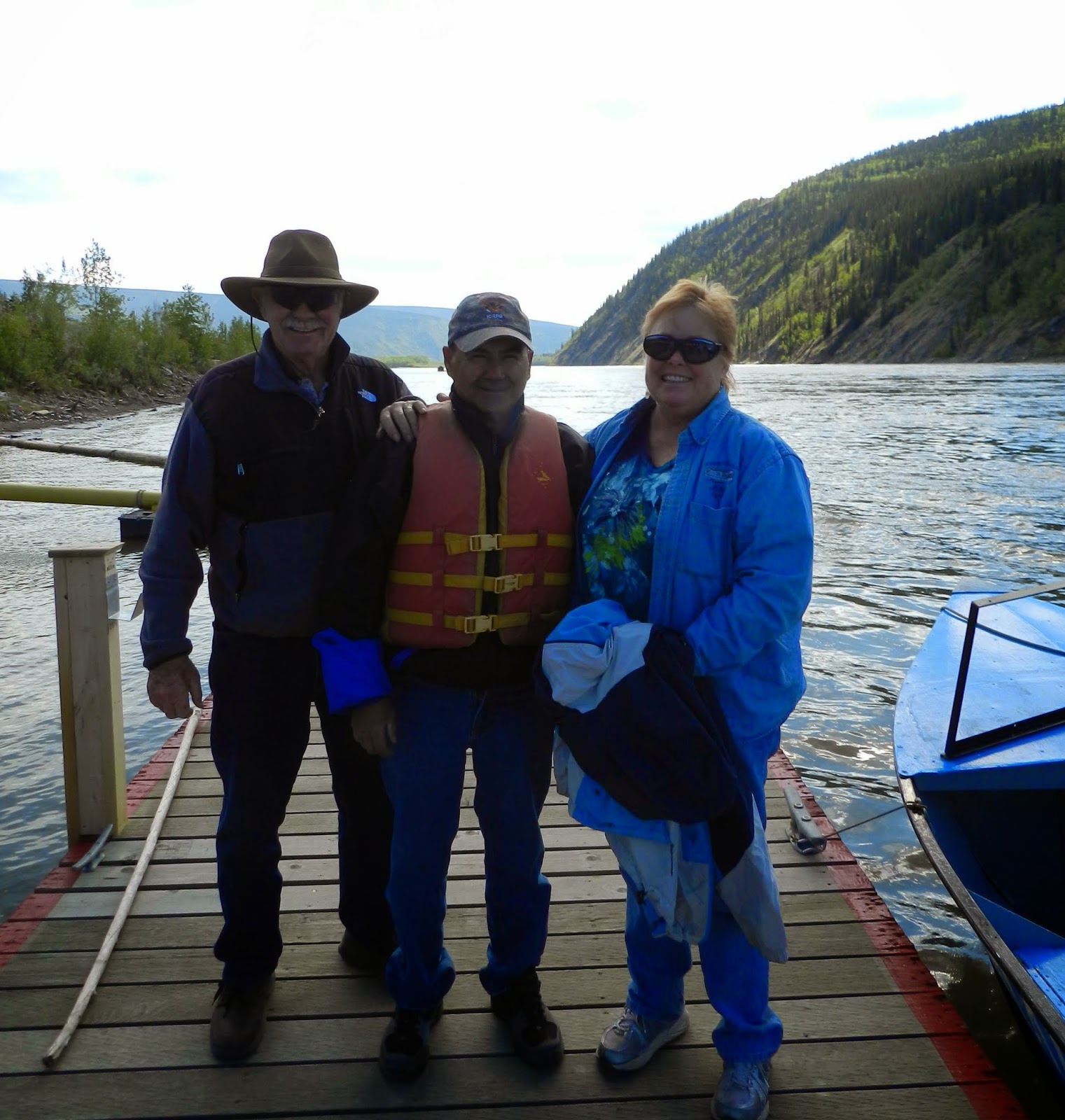 End of a great day.

Tomorrow we will be heading to Chicken, AK, but first we will drive down to the river and get on a small ferry to cross the mighty Yukon River.

That's it for now, have a blessed day and thanks for stopping by.
Probably no internet for next several days