6/1 - 6/2/14
Gold Rush Campground and RV Park
Mostly sunny and partly cloudy in PM
Warmer every day, up to 21C by Thursday


Dawson City is quite the place, the Information and Parks Canada can plan your whole day or week for you.  So, starting off I went on a 90 min walking tour that lasted almost 2 hrs, lucky us there were only four of us. The walking tour was described as "Dawson Then and Now", excellent tour and stories of how it was during the gold rush.
We visited the bank of British North America, BNA, where the gold dust and nuggets were brought for cash.  The tellers had to examine the gold to see how pure it was.  Some creek beds were more pure than others.  They had a small Assay Office in the back of the bank where they would melt the gold to find out how pure it was, then a record was made of which creek the gold came from so that the next time the miner brought in his gold they would already know it's purity and be paid accordingly.
The original bank, Bank of Canada, I think, was on Front Street.  Robert Service, author of the famous "The Cremation of Sam McGee" and many others, worked at the The Bank of Canada, now called CIBC, that was on Front Street. 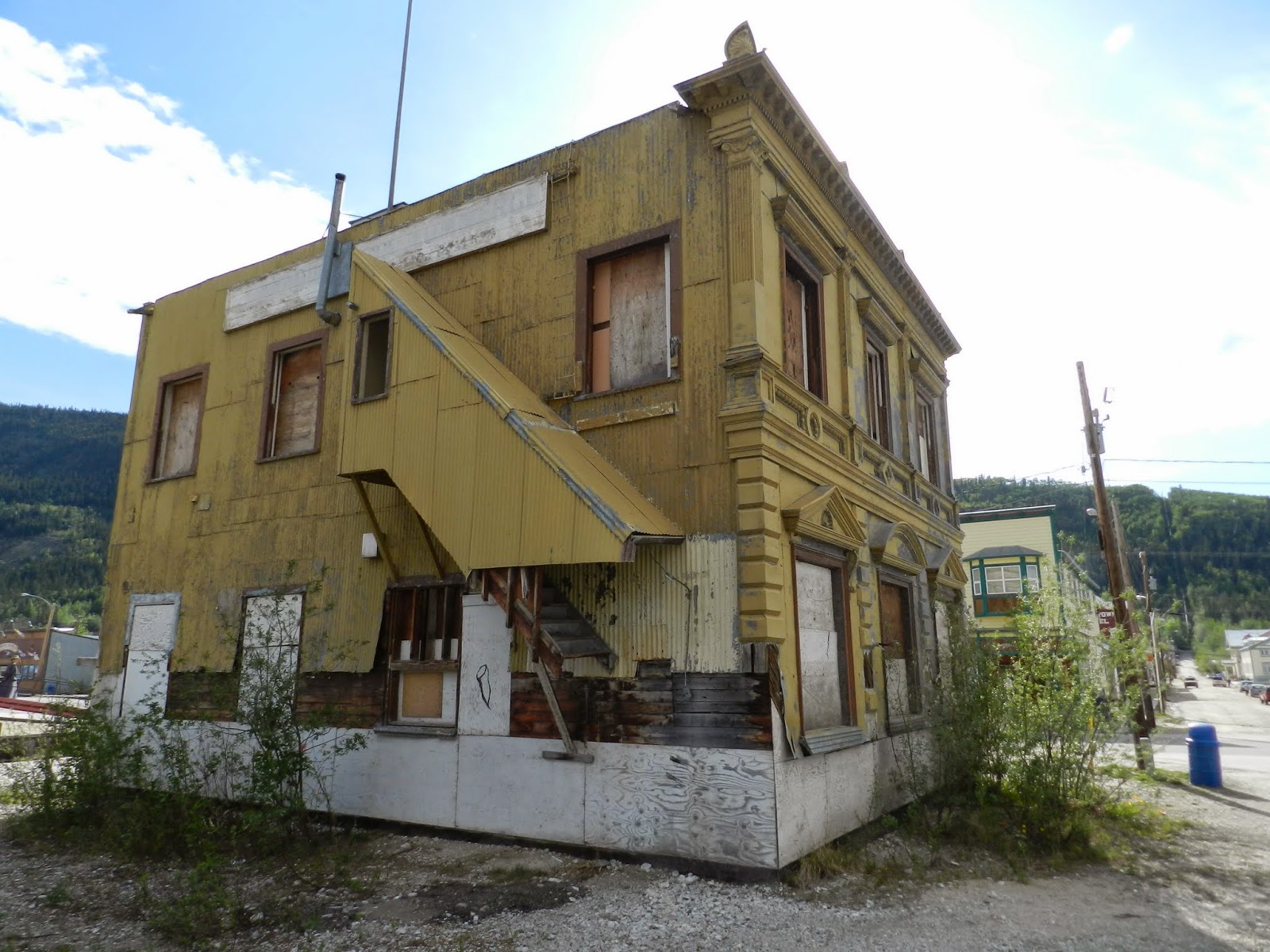 Old bank has been flooded many times. 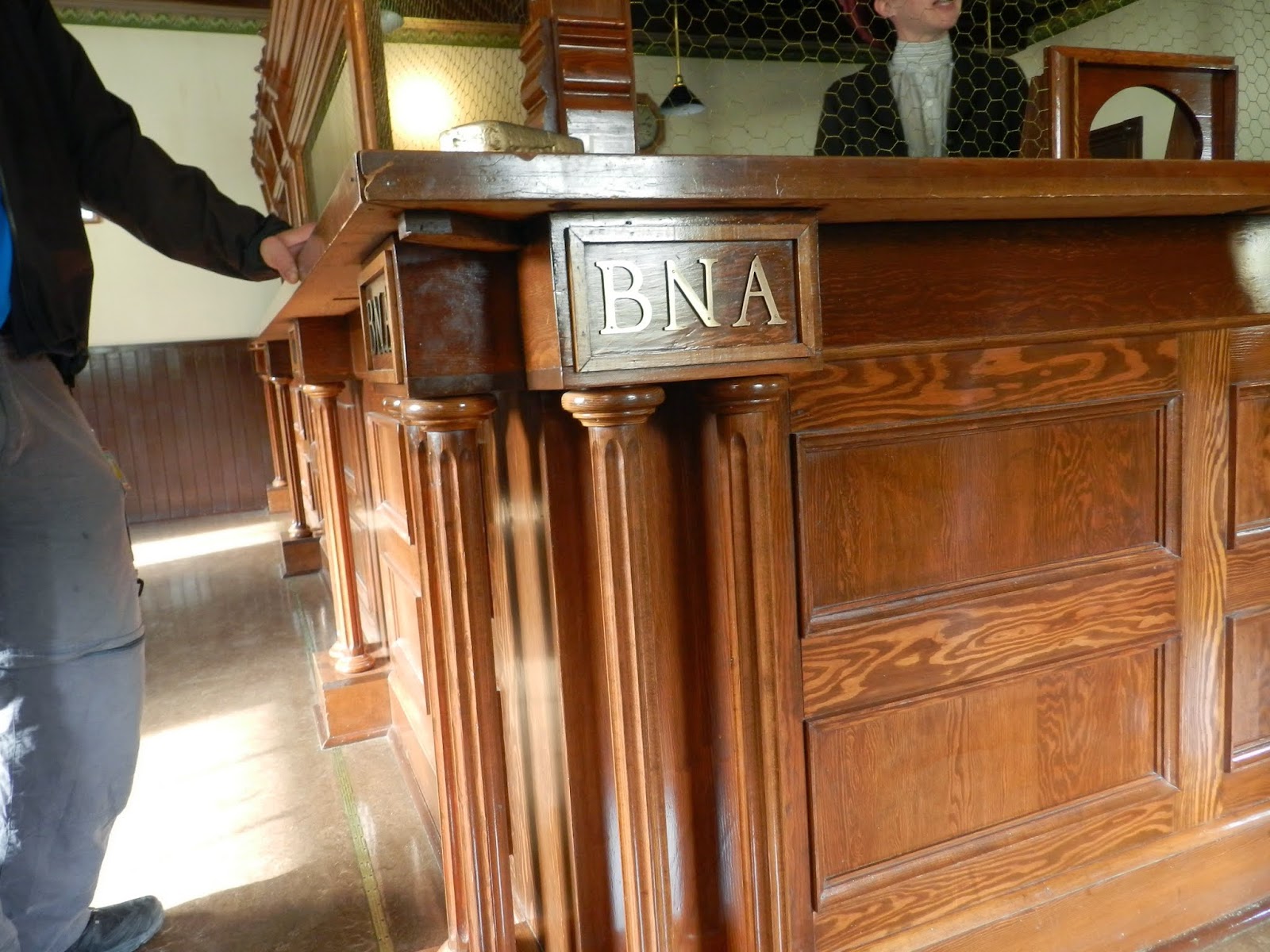 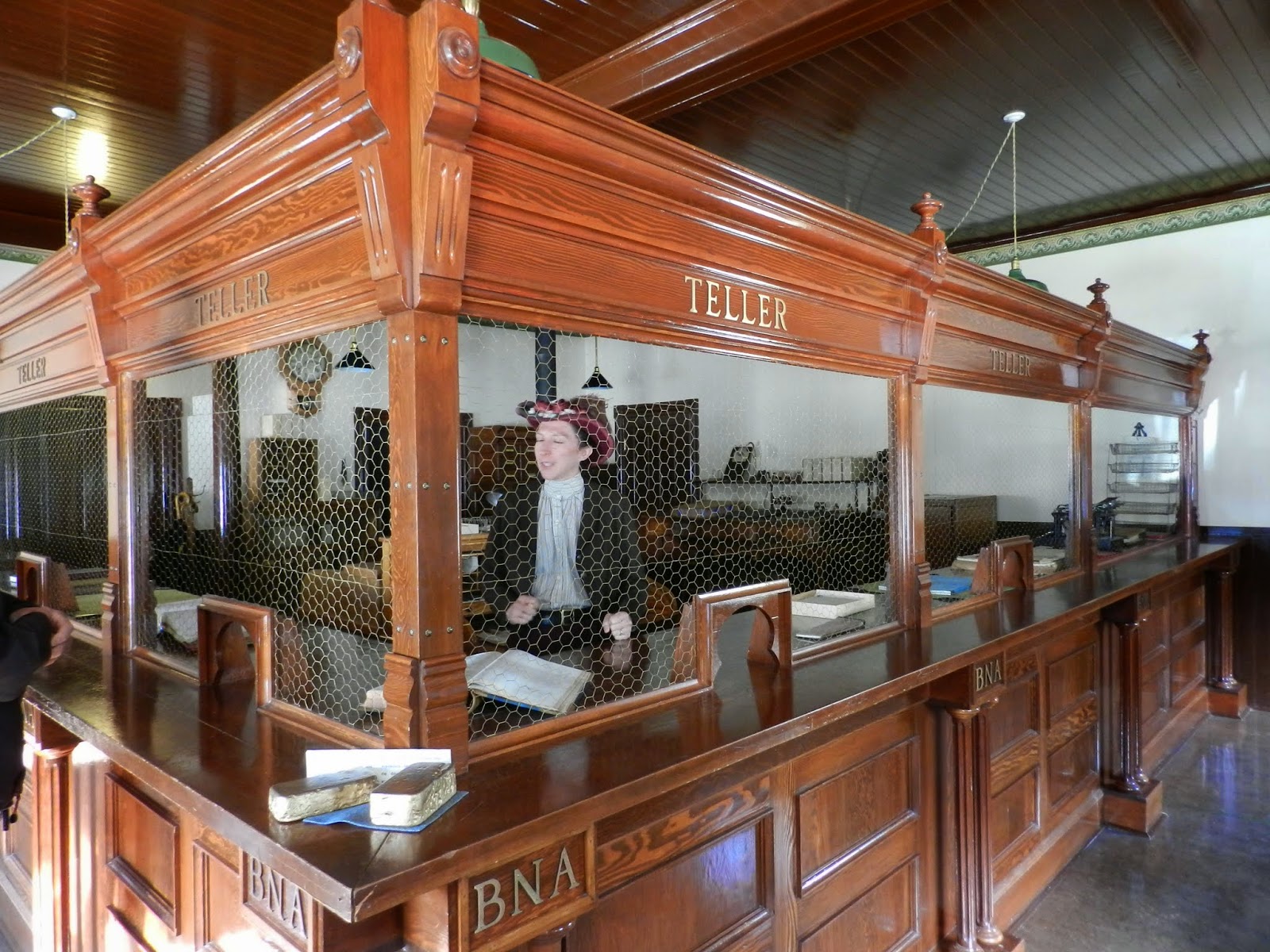 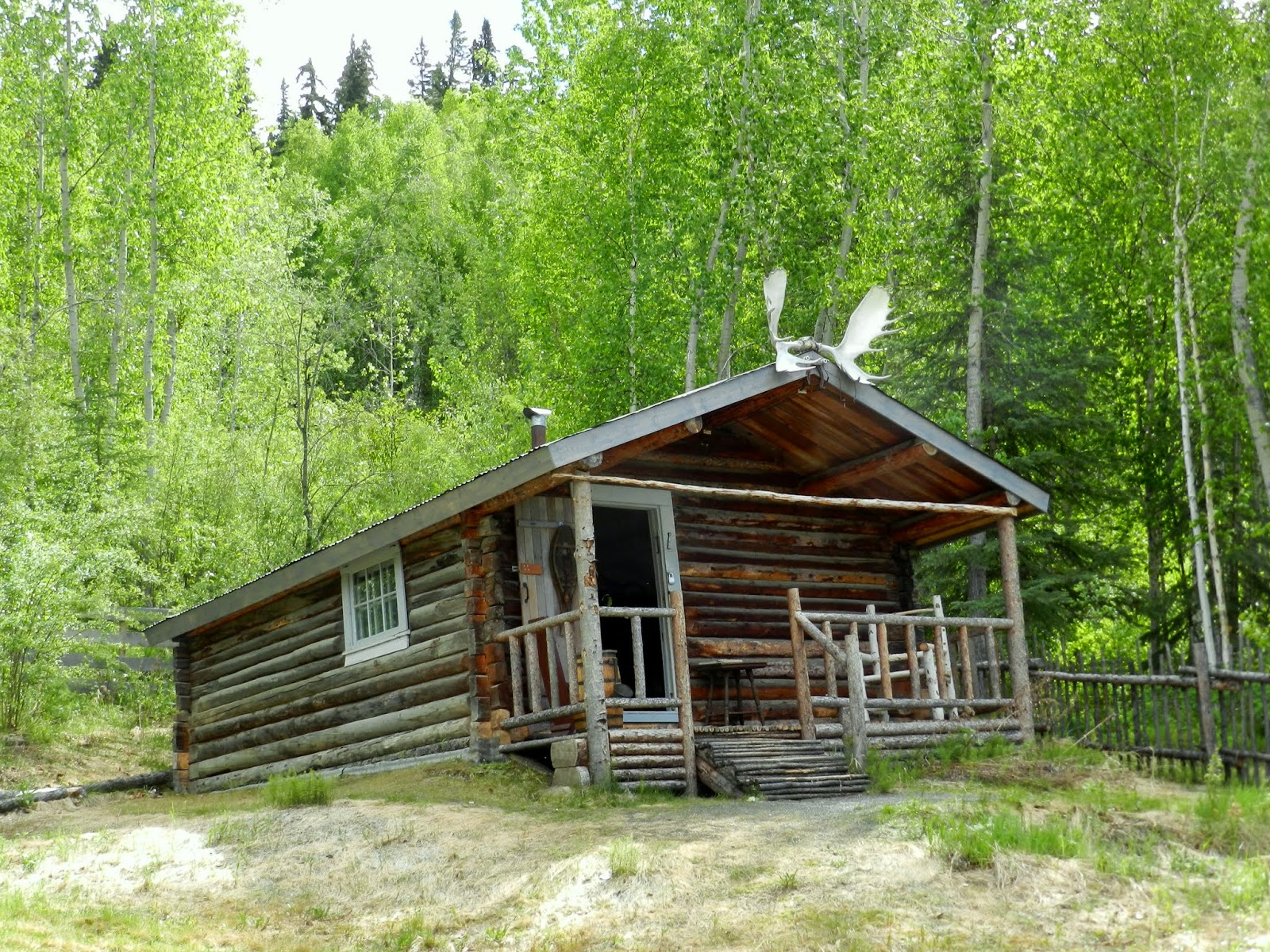 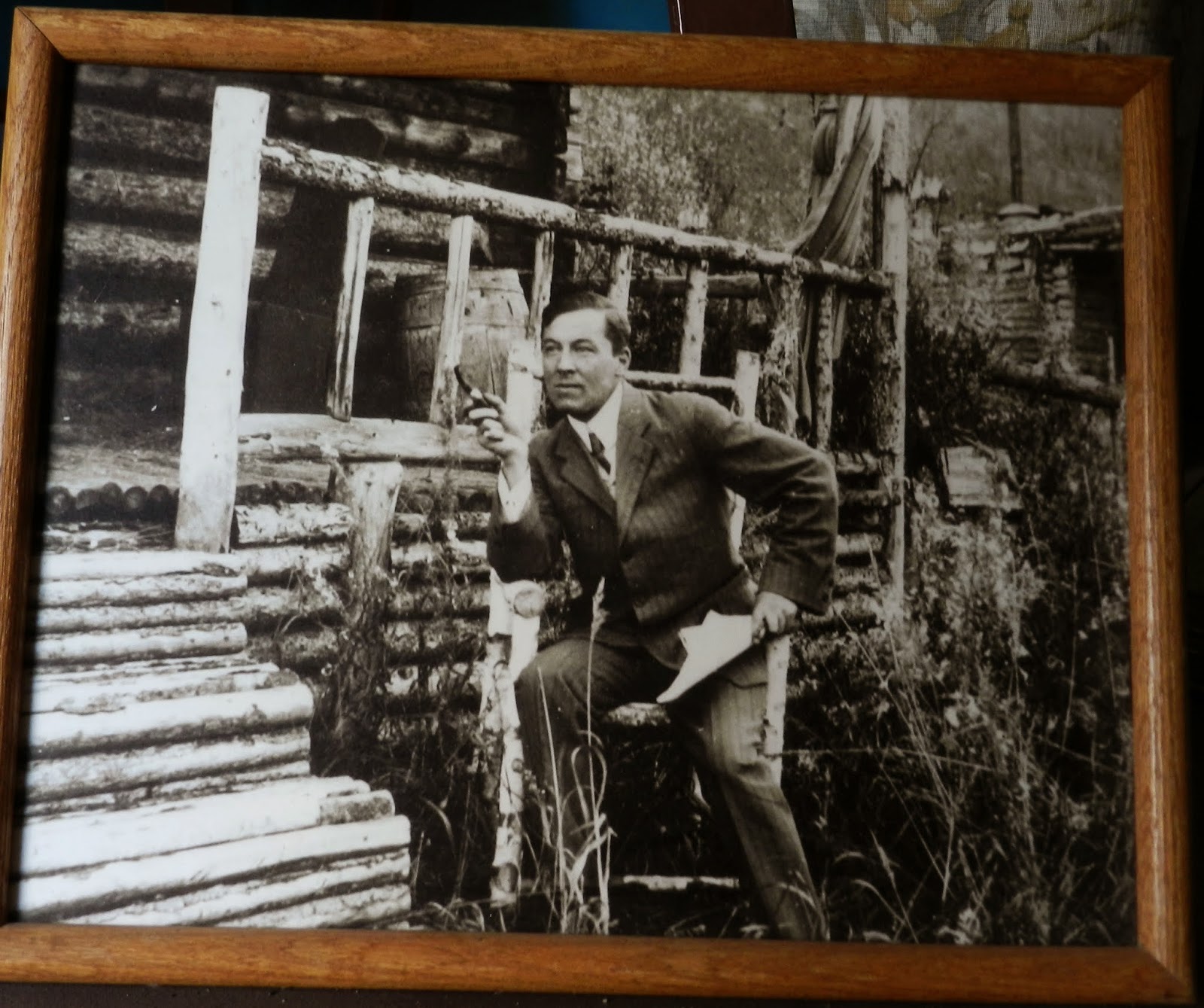 And here he is, Robert Service.  The chair he is sitting on is made of White Birch and if you look real close to the above picture you can see it sitting on the right of the porch 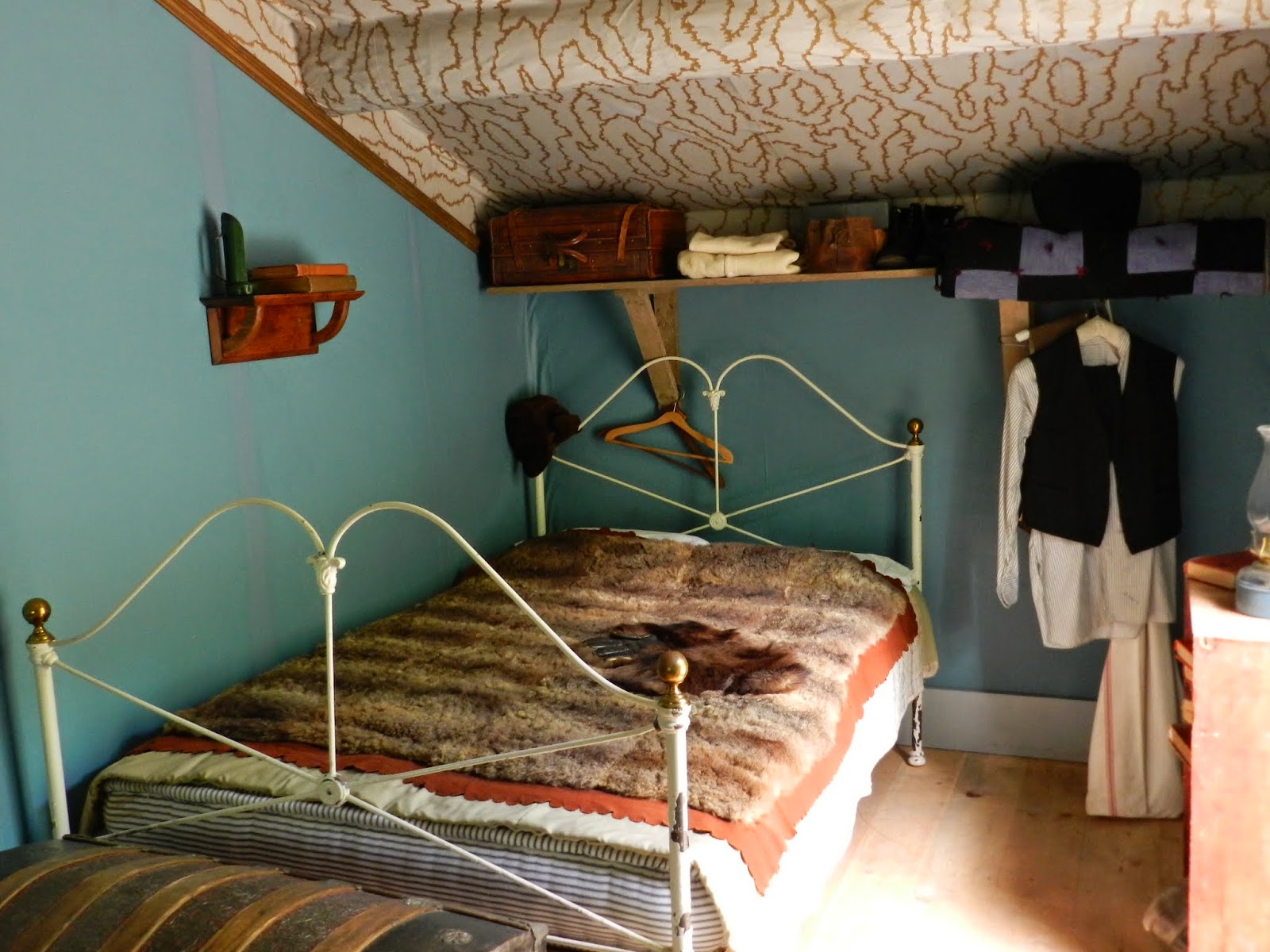 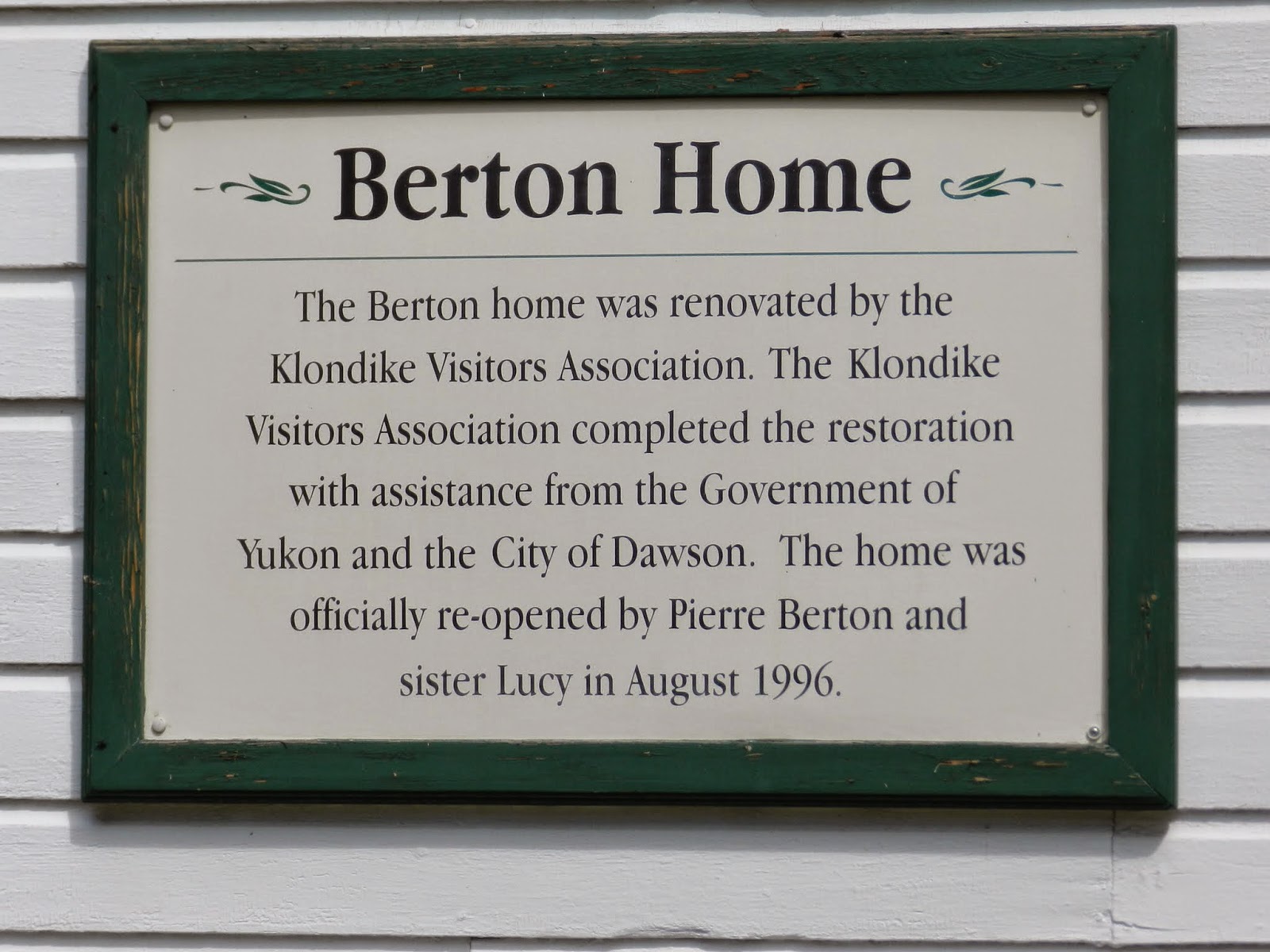 The Berton Home was across the street from Robert Service.  A very good book "I married the Klondike" by Laura Beatrice Berton, which was edited by her son Pierre Berton who grew up in Dawson City.  The book also has the Preface by Robert Service. 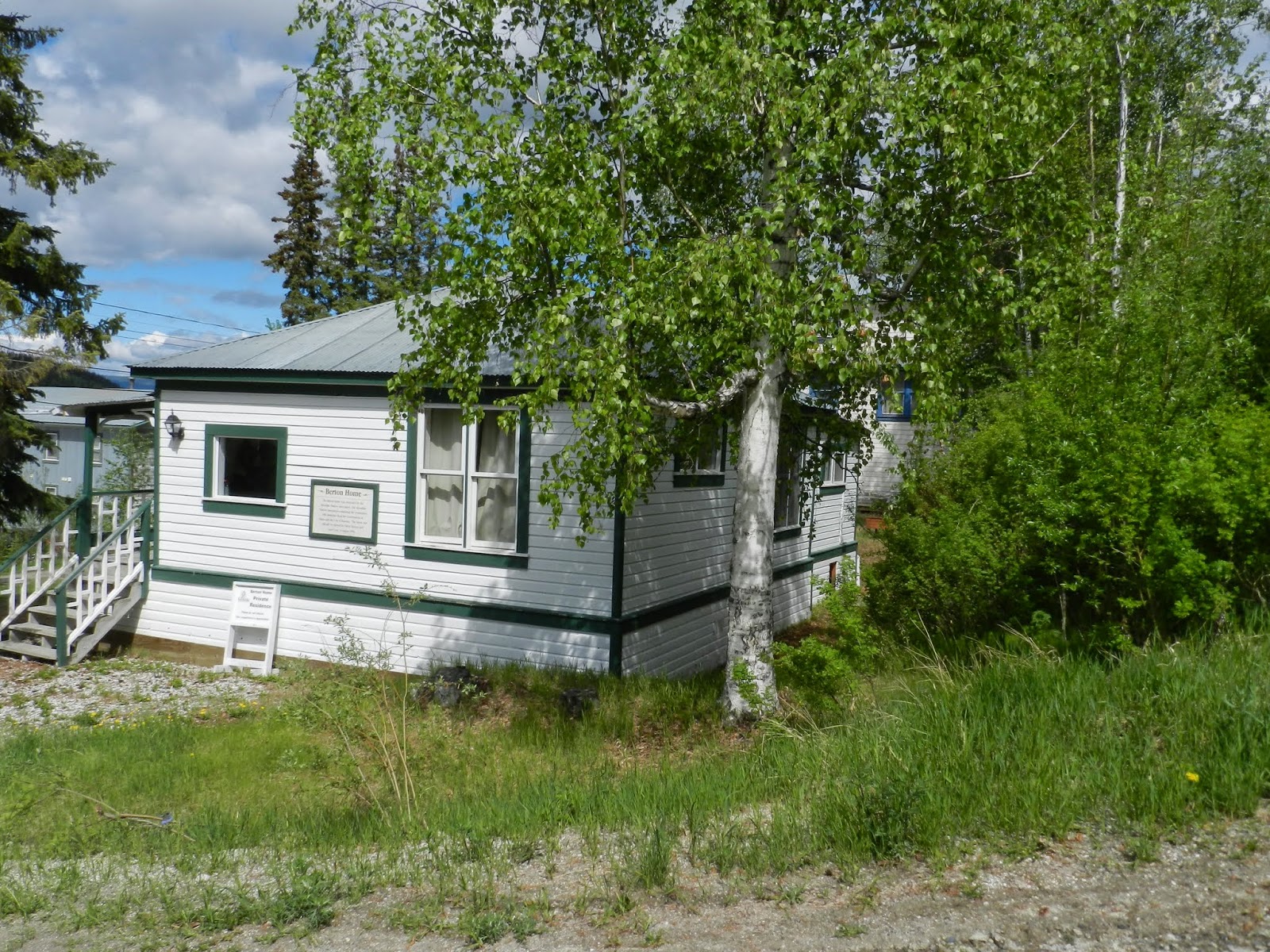 Next was the Red Feather Saloon, known as the working man's saloon.  This was just a saloon, no dancing girls or hanky panky going on.  The Parks Canada has restored this and other properties beautifully by studying pictures and asking the citizens for information or items they might have. 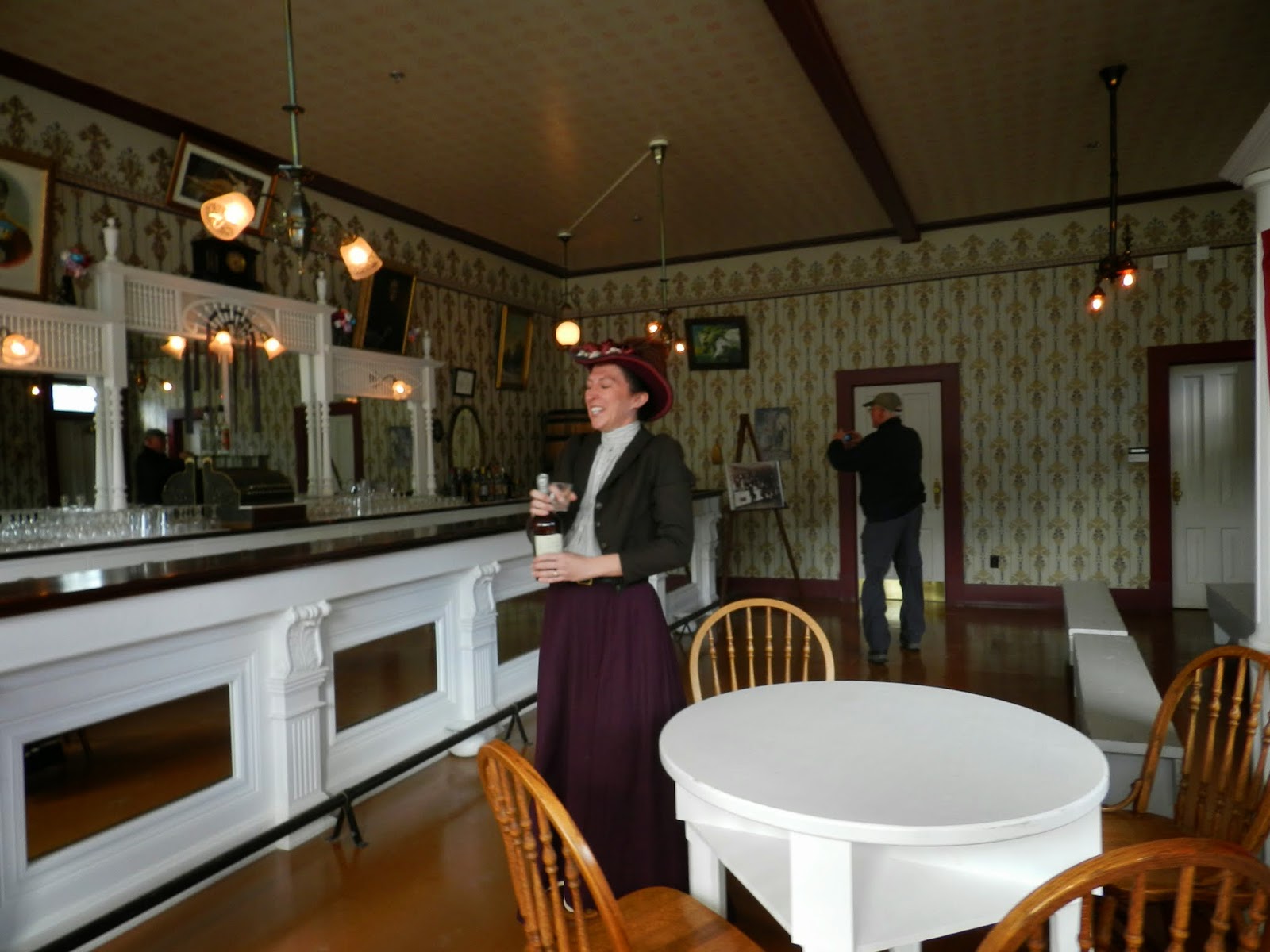 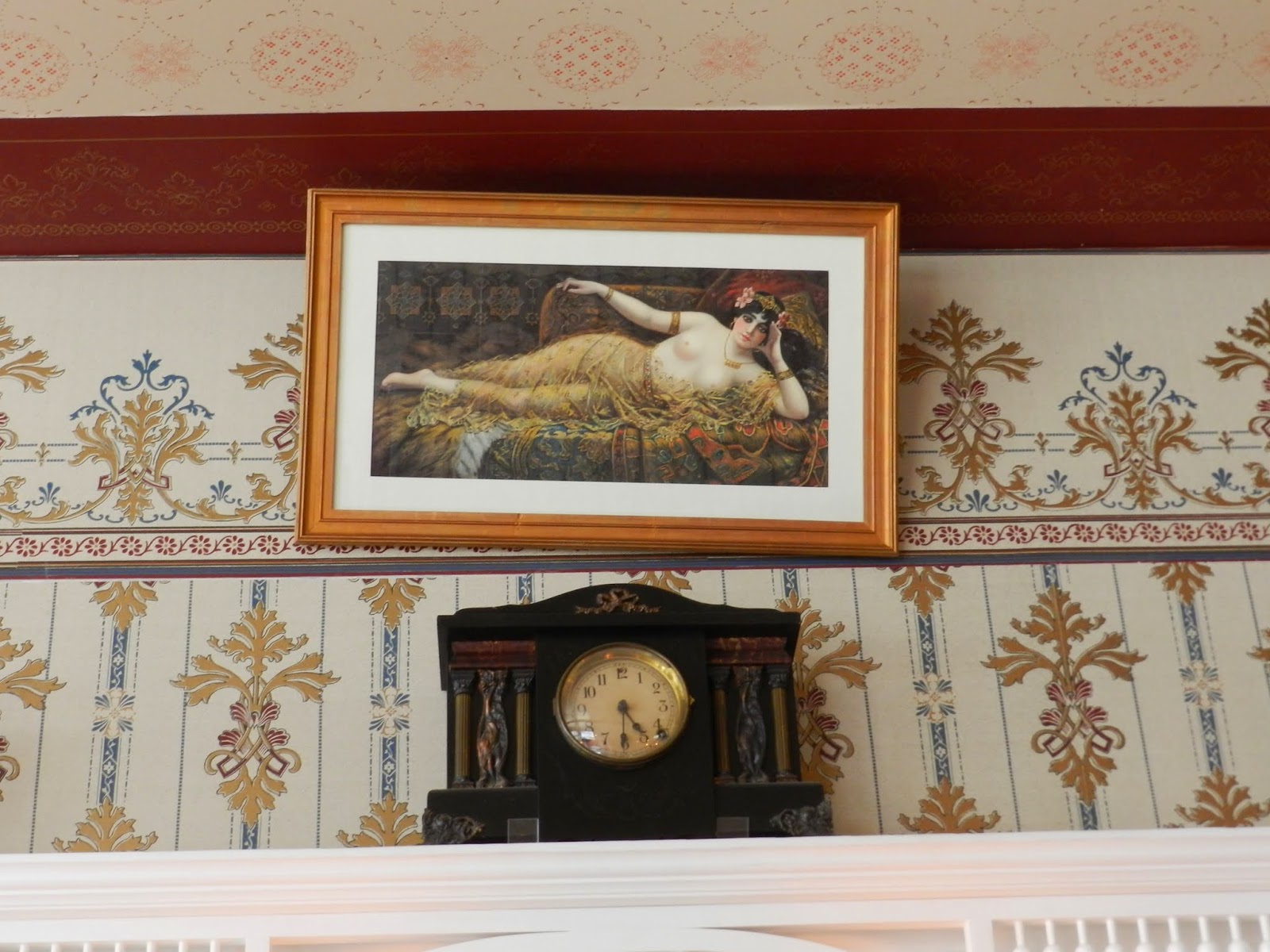 Original items from above the bar. 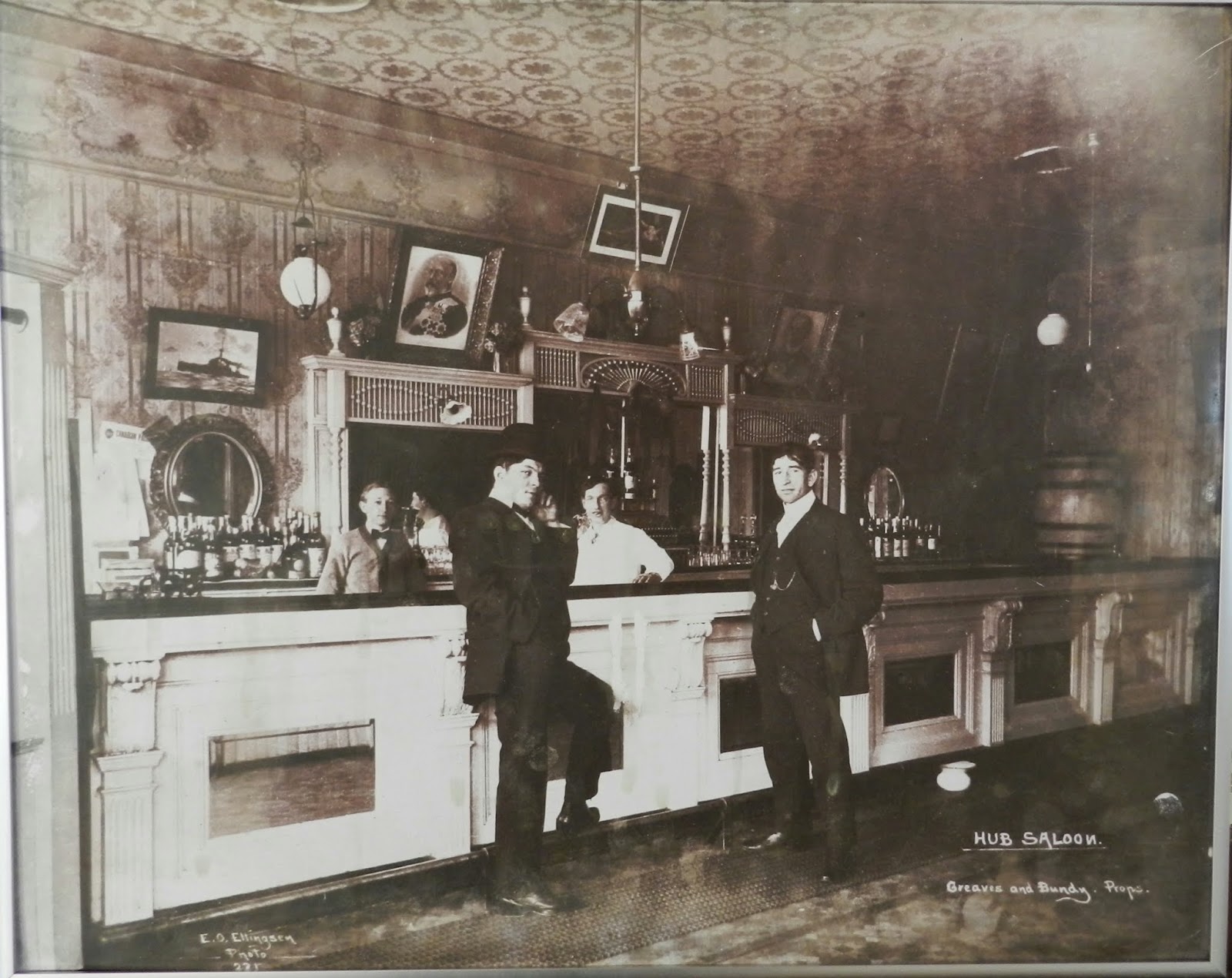 One of the  pictures of the original  bar

Next was the old Post Office.  When the river boat came in and blew their horn to announce their arrival which also meant that a bag of mail arrived.  Miners would all check their mail so the Post Office became the hub of information, not only to pick up their mail but to communicate with each other, sort of like Face Book. 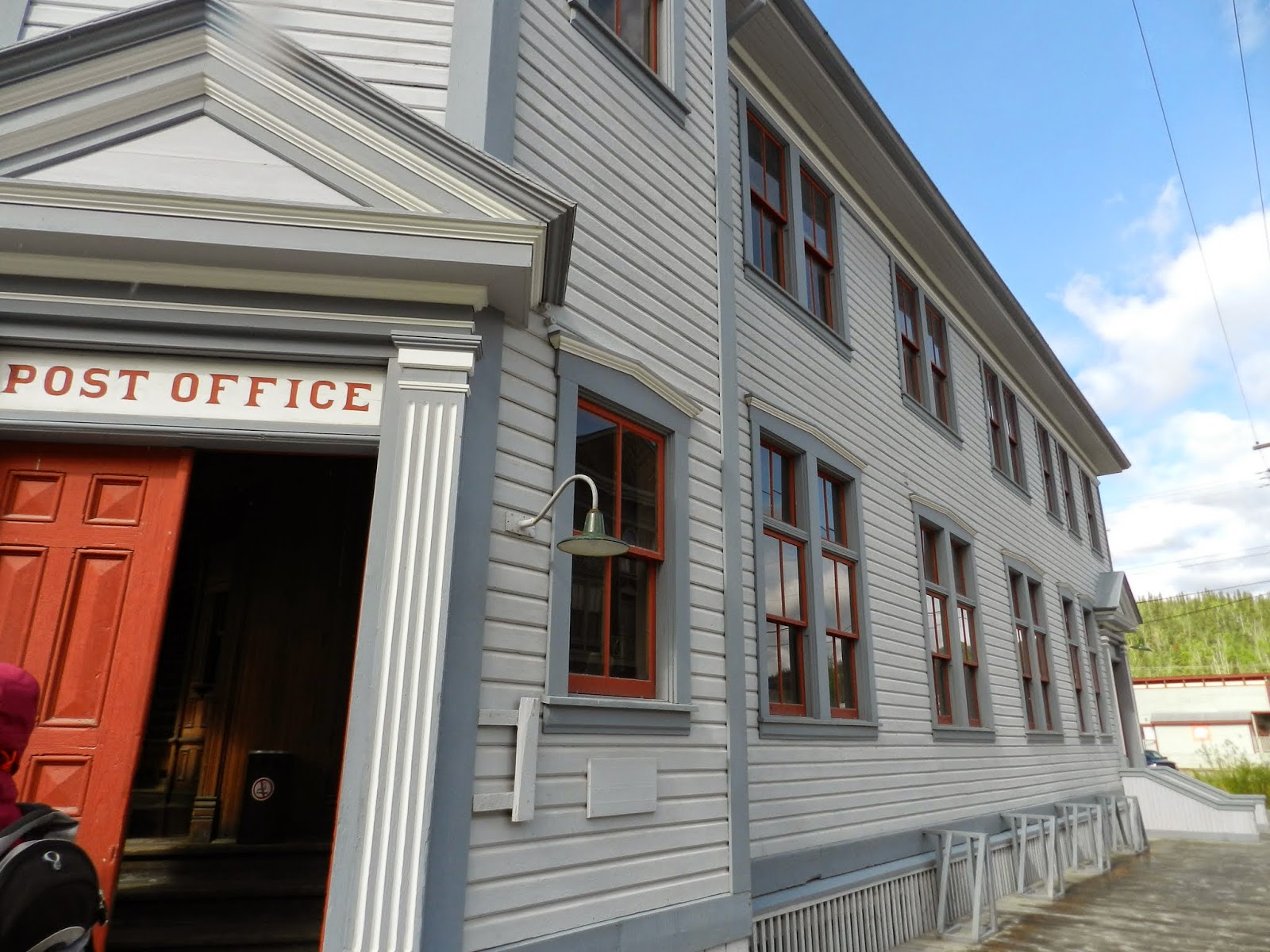 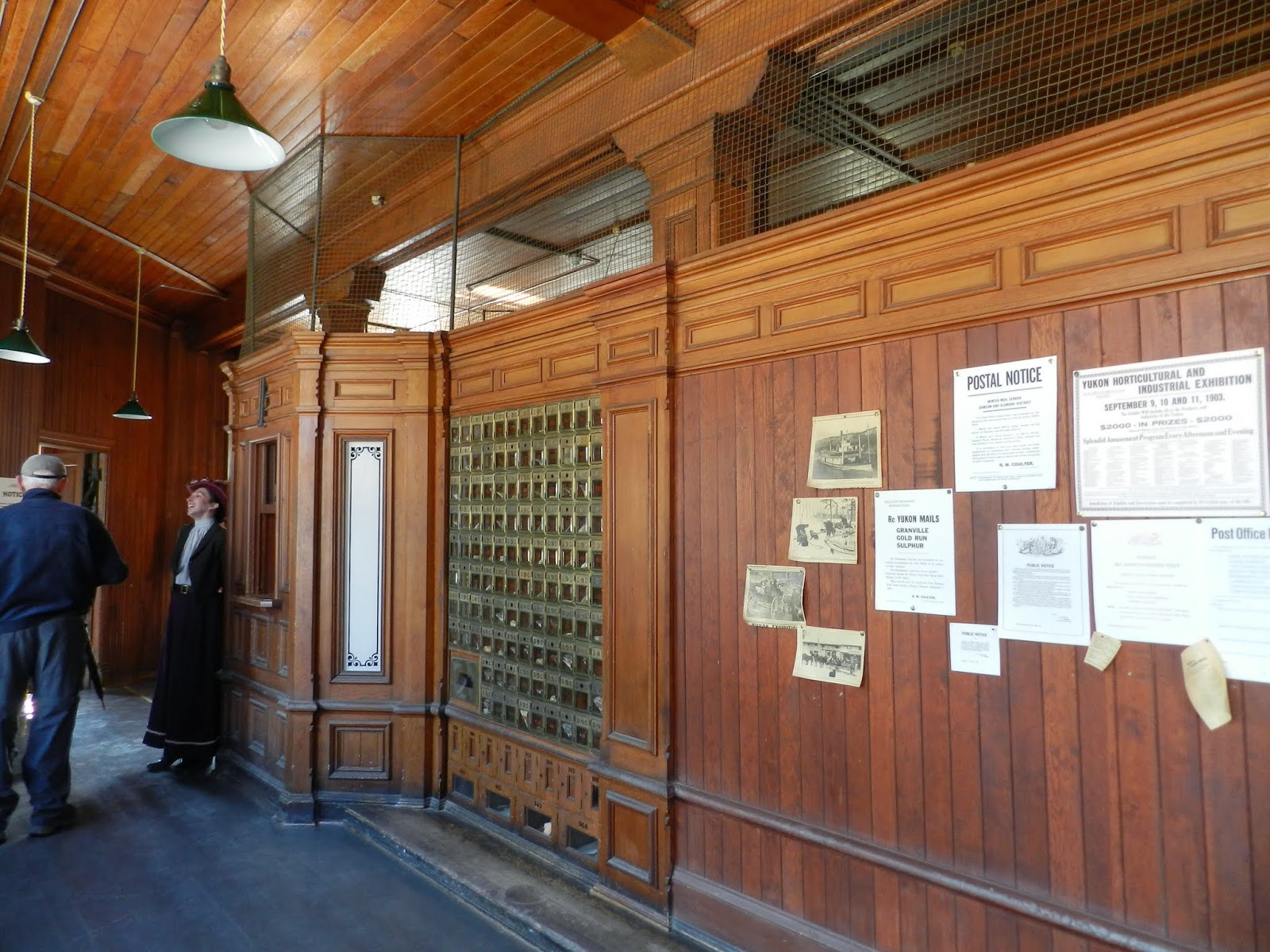 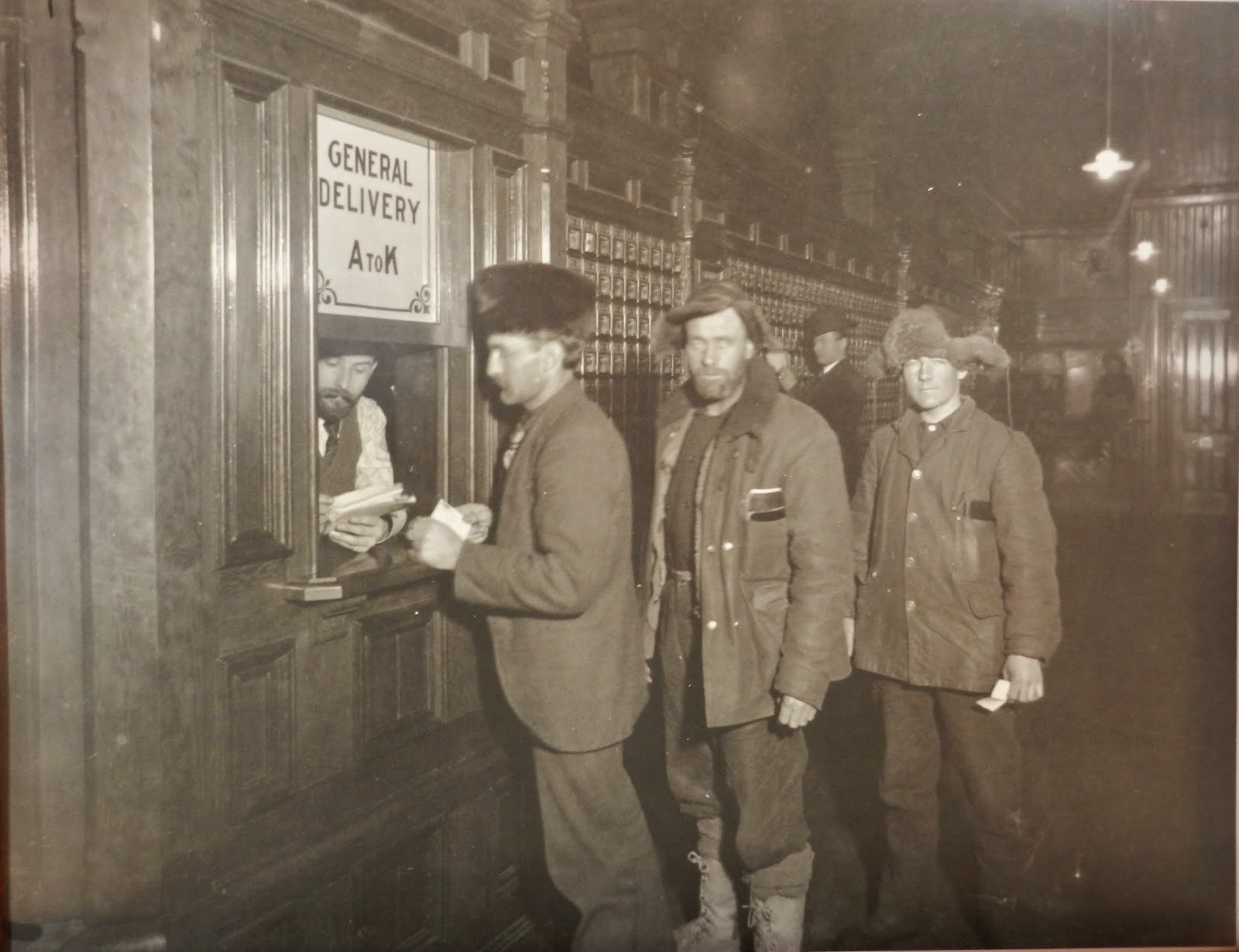 Dawson City sits on Perma Frost left over from the last Ice Age.  As the ice melts buildings begin to sink. Dawson City, like everywhere else has warmed over the last hundred years or so by about 3 - 5 degrees centigrade.  Many of the older buildings are being raised off the ground using large timbers for the foundation and then insulating the floor.  This way it will help keep the ground frozen.  If they still start sinking they just go out and put a shim in around the timbers and the house will level out again.  The buildings in the picture will be left leaning but they are shored up to protect the building from falling apart. 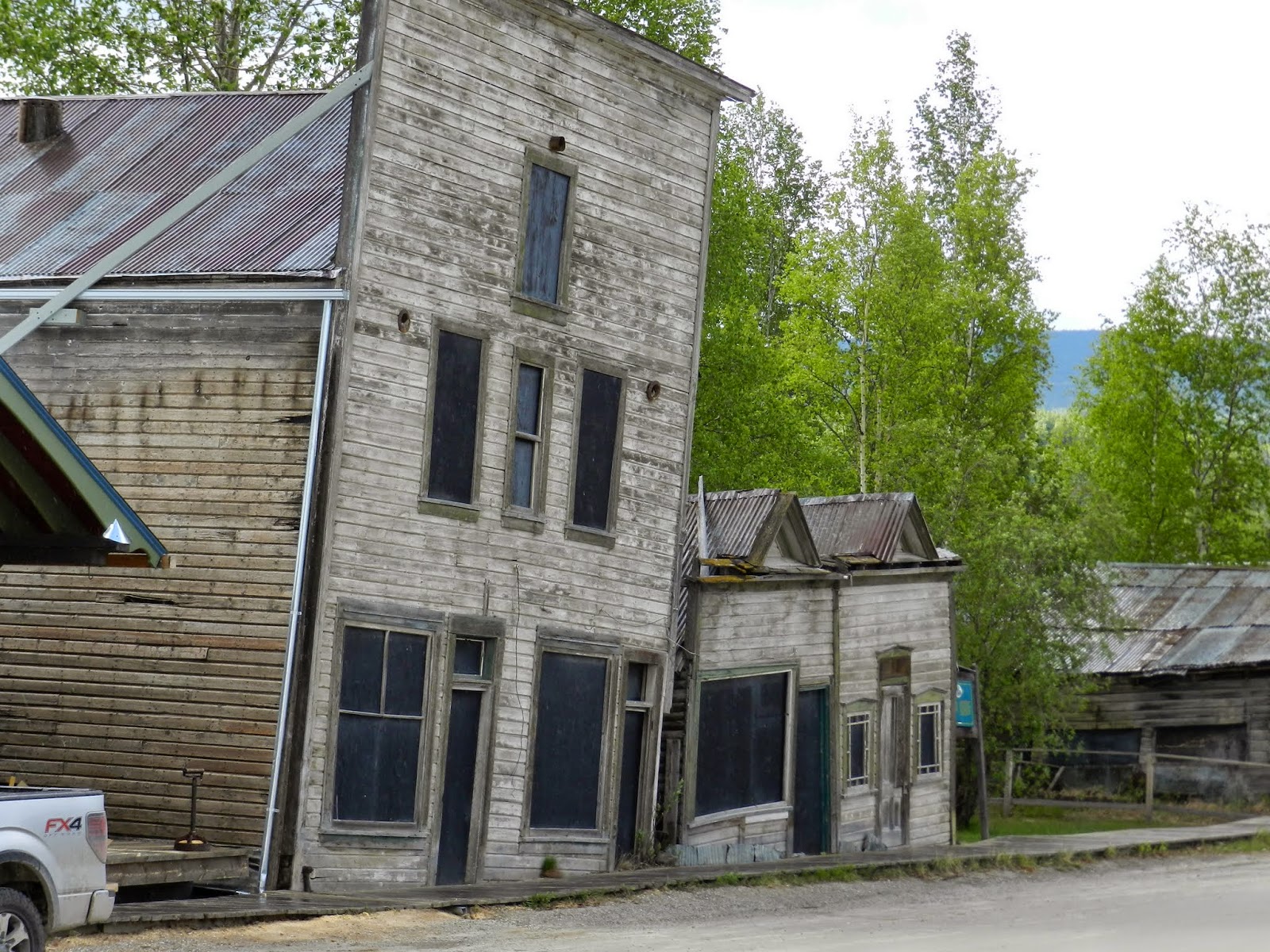 Tonight we went to the famous Diamond Tooth Gerties and saw a spectacular show of Dance Hall Girls.
Wow....they were good. 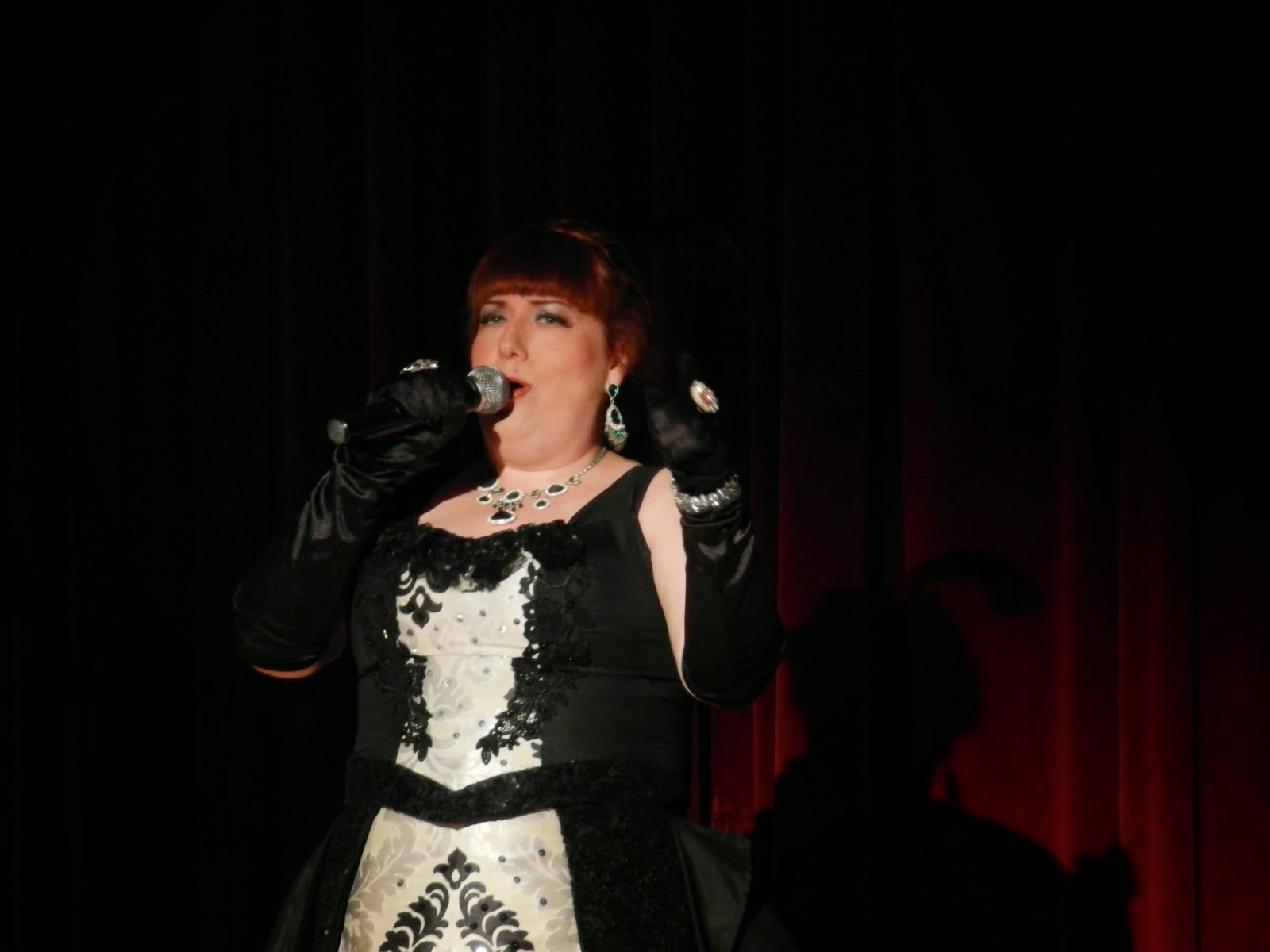 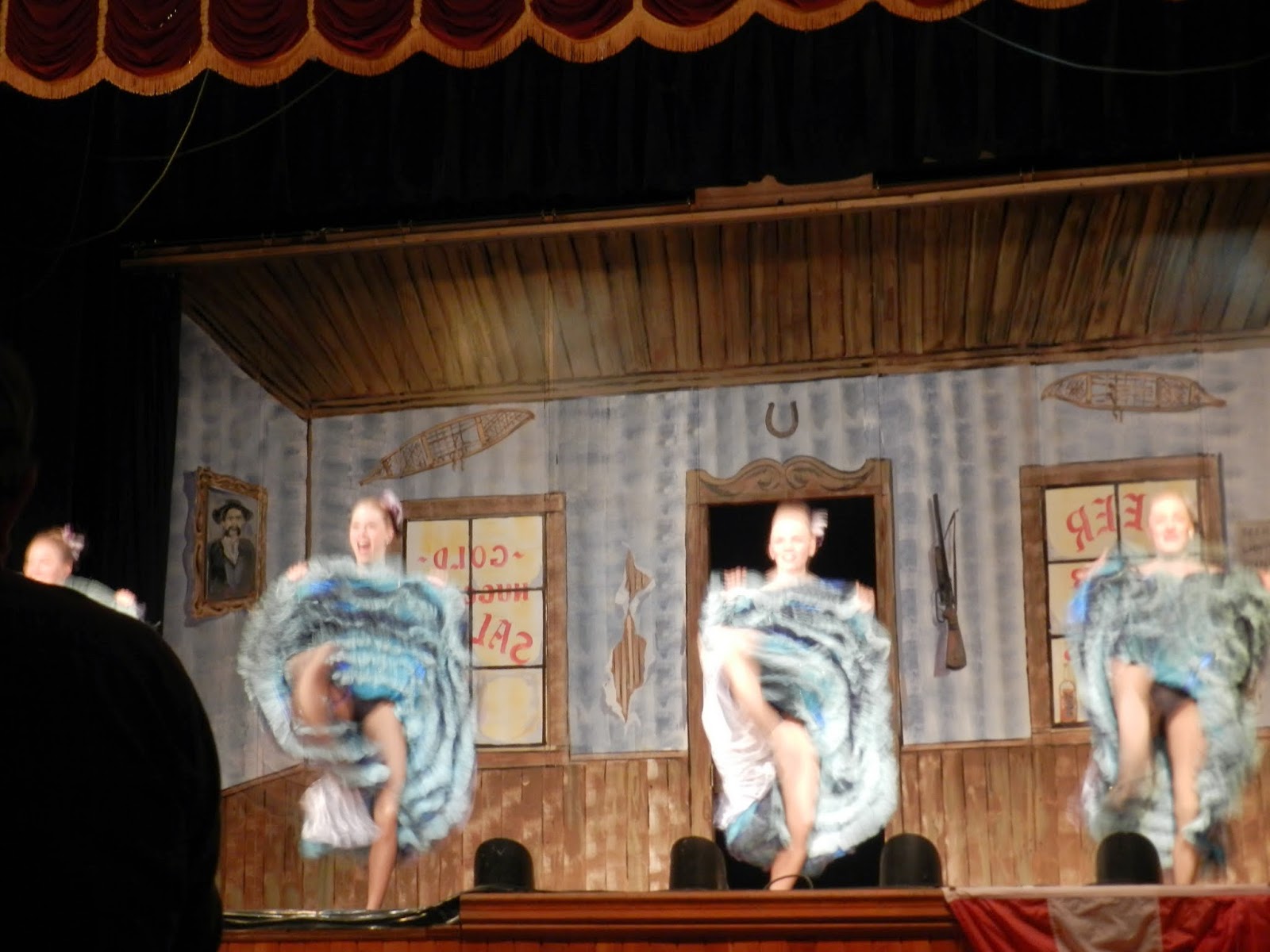 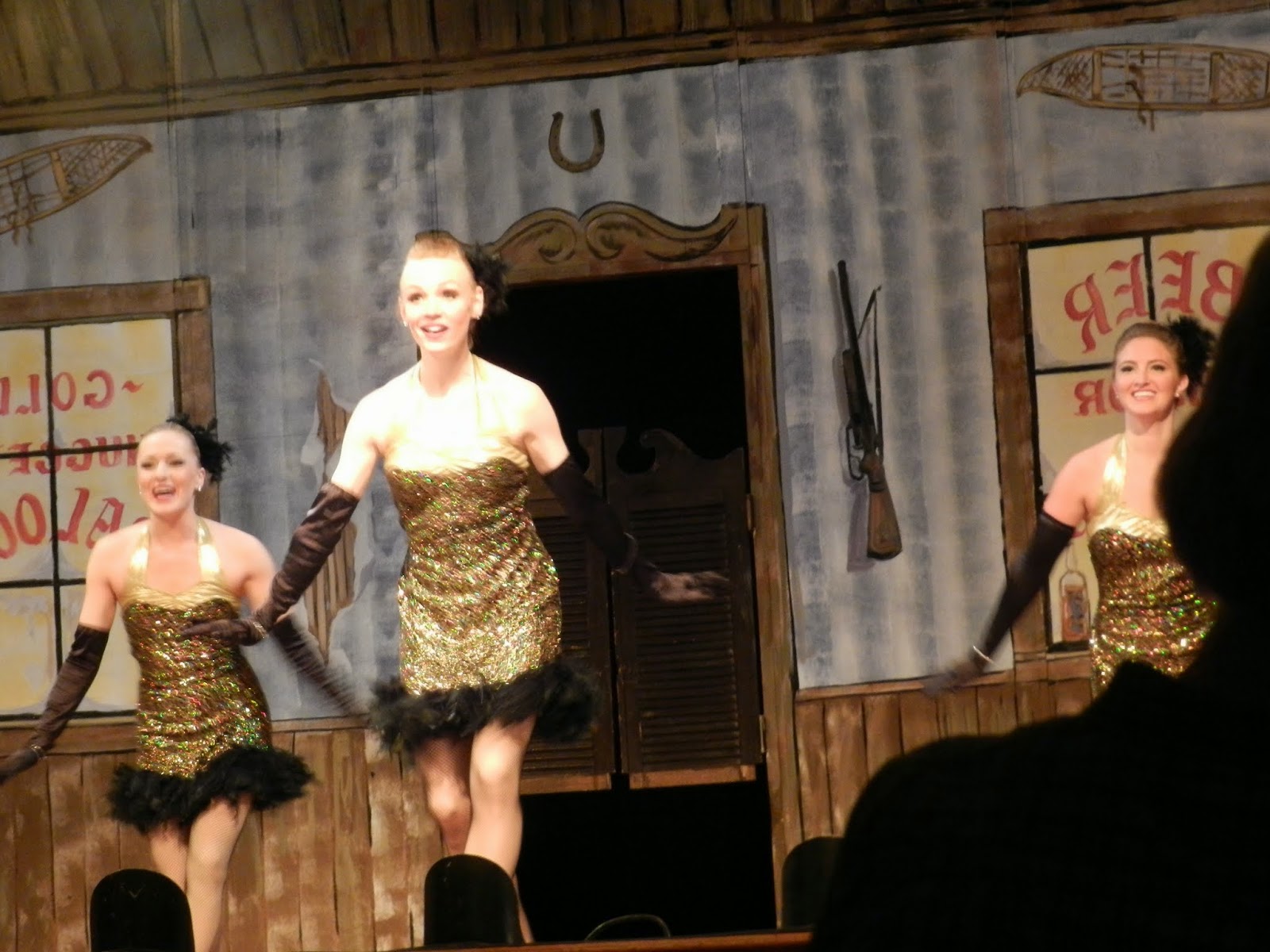 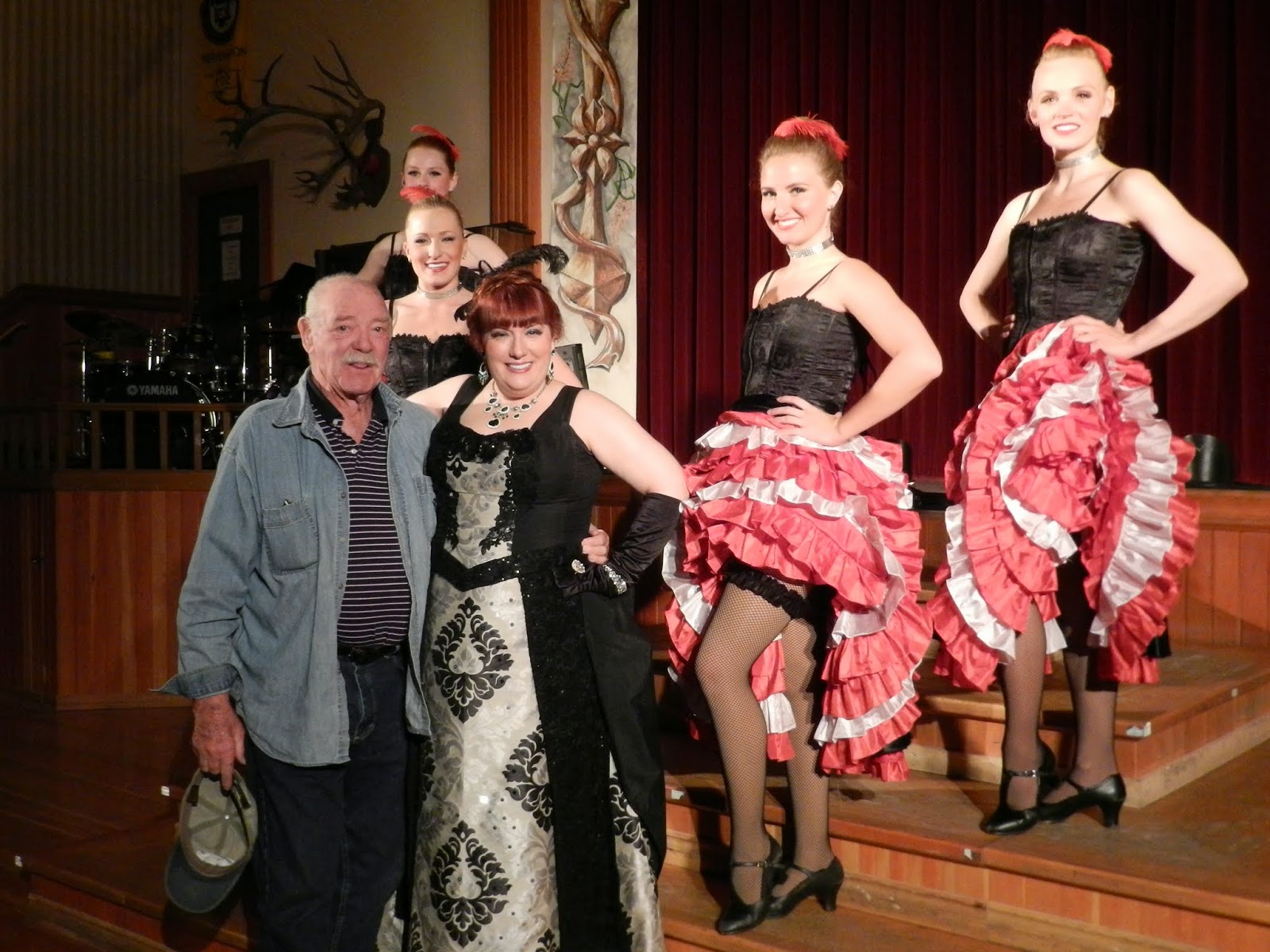 Looking from our campground North East and North West at 10:00 pm 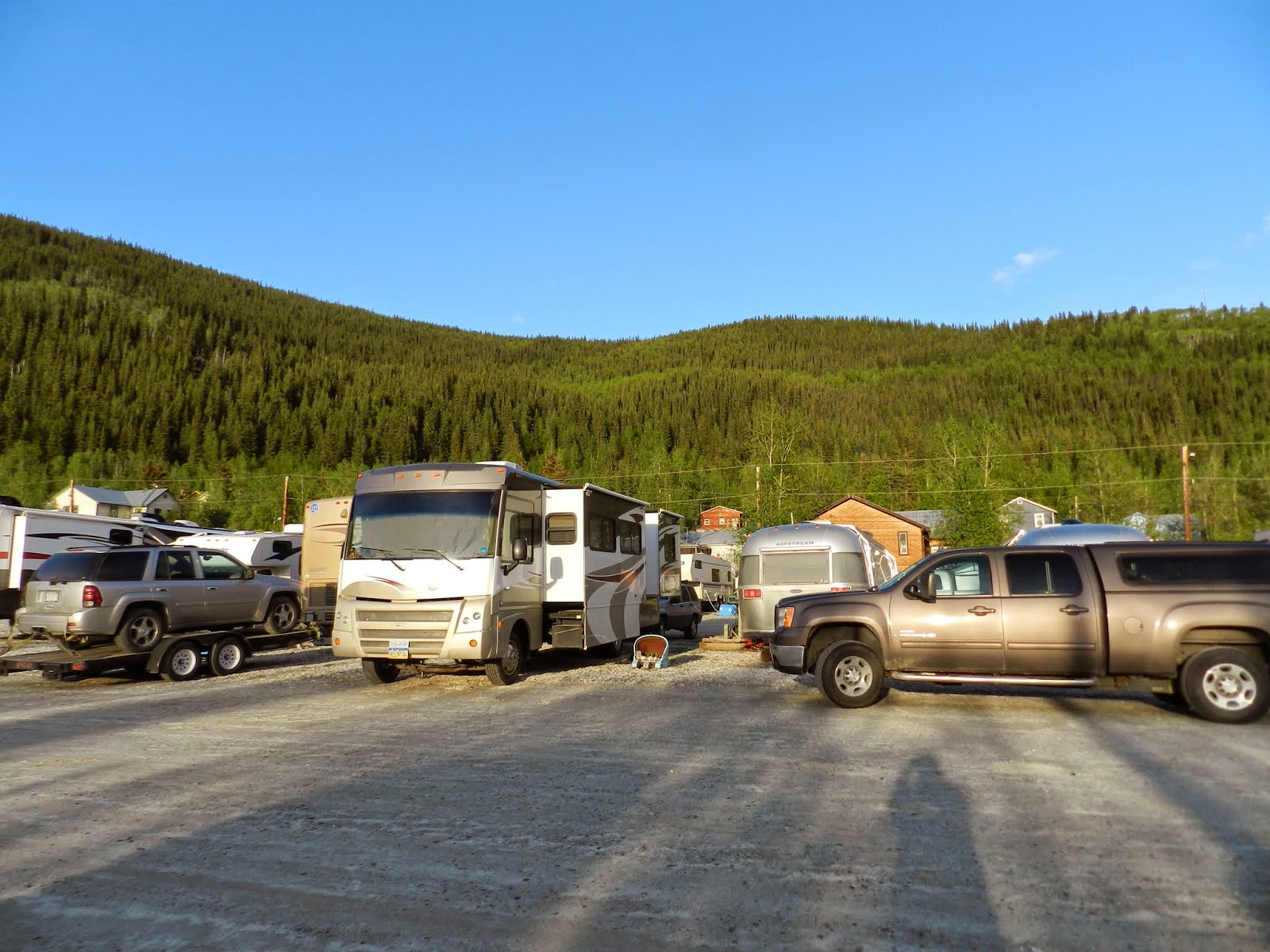 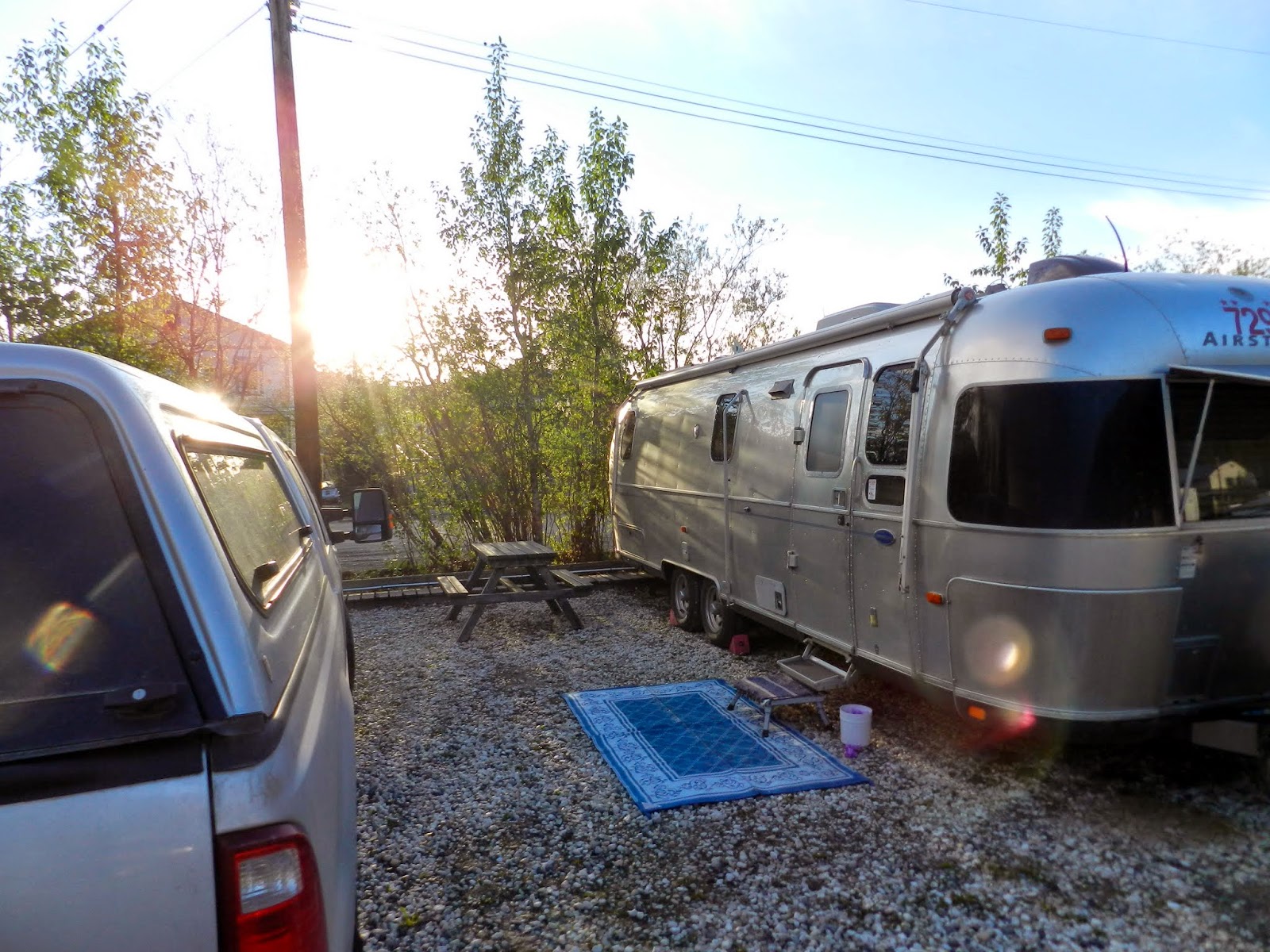 That's it for today, thanks for stopping by.

Nancy
Posted by Joe and Nancy Conrad at 2:36 PM