Pronounced Kip' toe peek.  Another hard drive of about 75 miles, we are getting spoiled.  Perfect weather both days, barely a cloud in the sky.  The park is at the tip of the Eastern Shore of Virginia, the Chesapeake Bay is to our west and the Atlantic Ocean is to our east.
We are in the beautiful Kiptopeke State Park with many, many, trails and migrating songbirds,  butterflies, hawks and eagles.  This is also where they net the migrating birds and band them.  However they had huge flocks of birds very early and not enough volunteers; 700 birds were caught and 24 perished.  The state withdrew their permit about two weeks ago so we were not able to observe the banding.  But we were lucky to have Virginia, a young lady working for the organization that was banding the birds come out to our campground and talk about banding.  She lucked out because this is the evening that we also had an all you can eat cold shrimp, cheese and crackers, and it was soooooo gooooood. 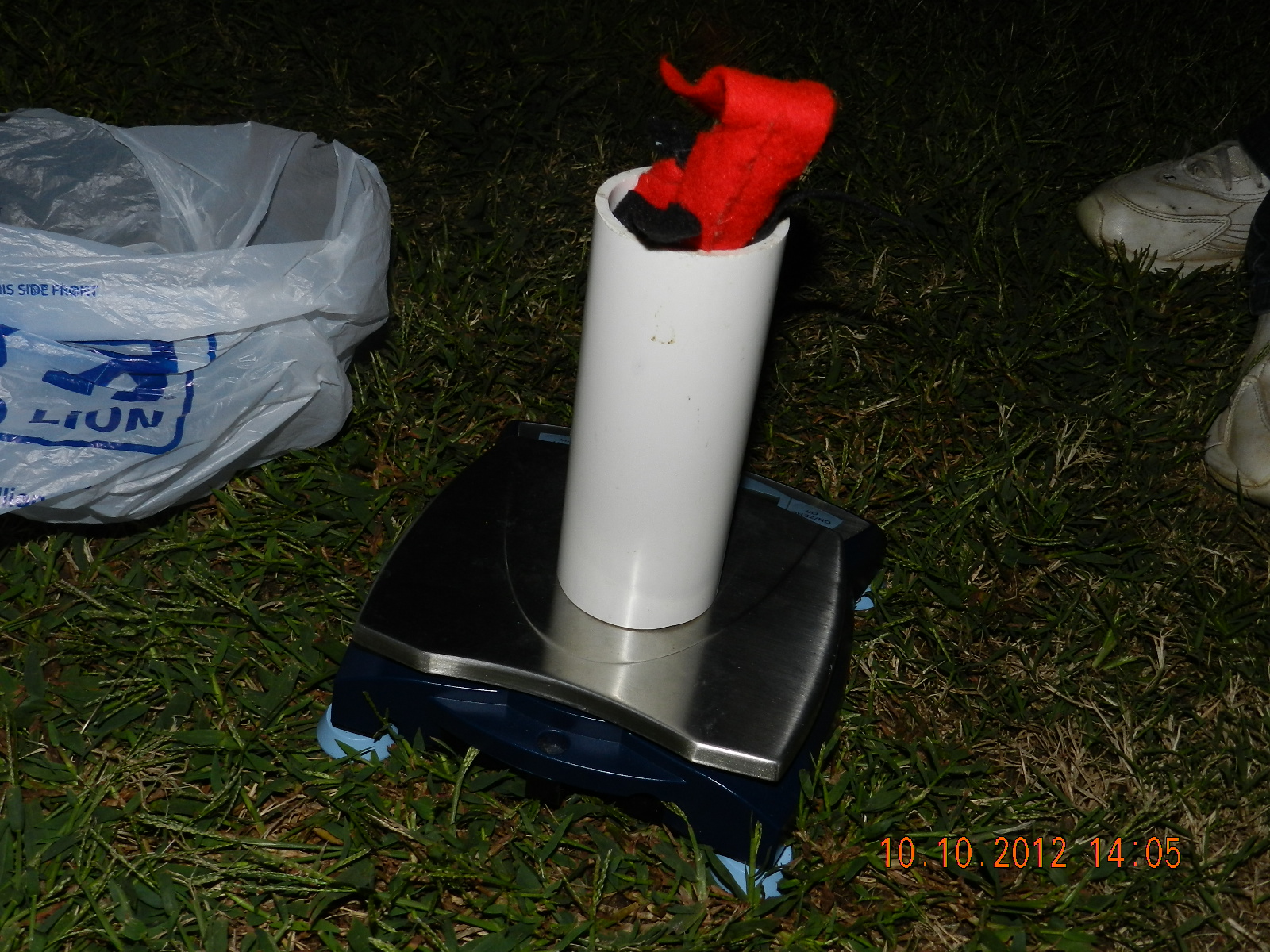 This little red thing in the PVC tube is an example of a bird, this sits on the scale and the bird is weighed and then banded. 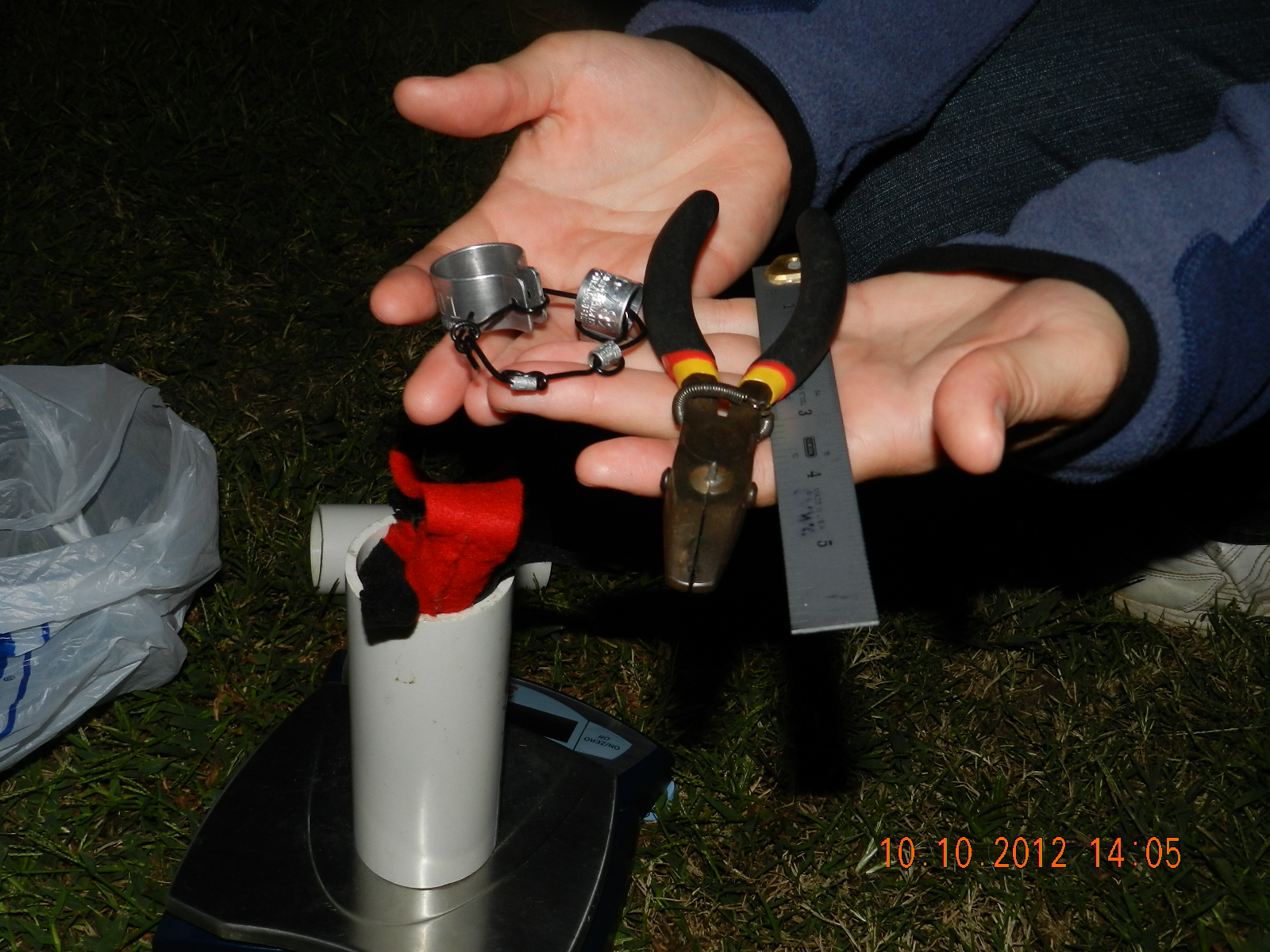 These are the bands and tools used; the big band is for eagles and the smallest bands are for the songbird, the closing pliers have grooves for the bands to fit into and of course the ruler is for measuring the wing span.

The following day we visited the WWII Concrete ships of the Kiptopeke Navy which consisted of nine World War II vintage merchant ships which are constructed of concrete as opposed to steel. The concrete ships were anchored off shore as a breakwater for the ferry that crossed the Chesapeake Bay.
A series of bridges and tunnels are now used to cross the bay which opened in 1964.  The concrete ships remained and are slowly breaking up and sinking into the water becoming a reef. 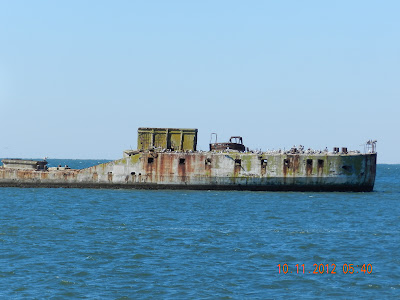 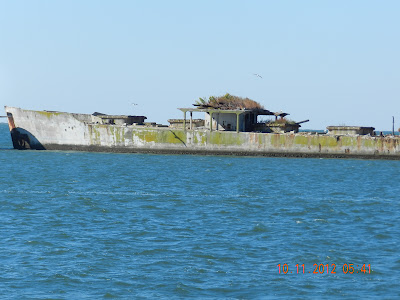 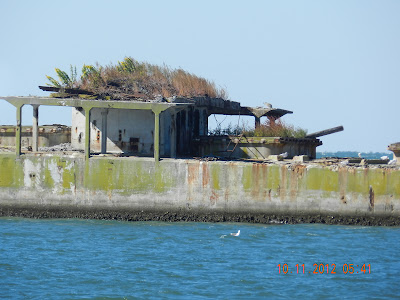 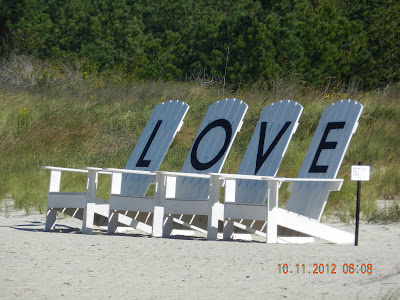 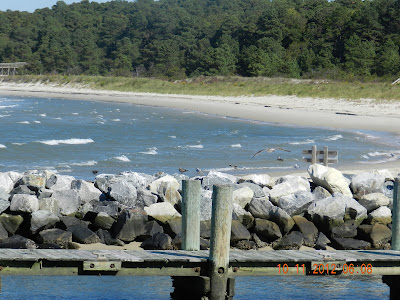 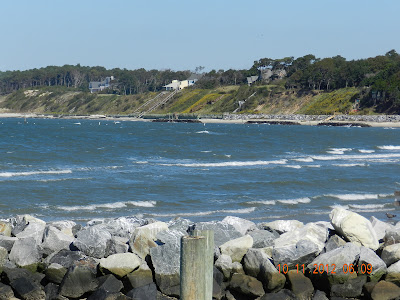 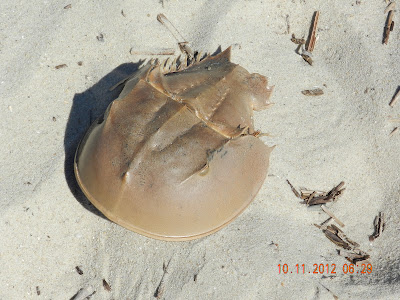 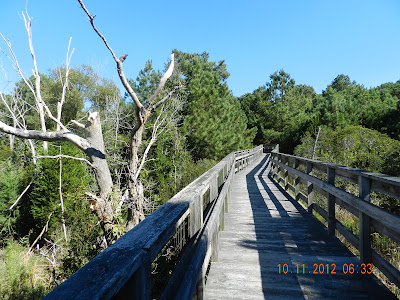 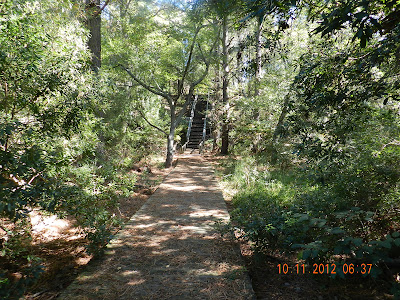 There are 40 of us all together.  Tonight we had steamed clams.  Joe and I were in charge of this and we recruited Deb and Chuck to help.  Ron our Caravan Leader also helped, in fact he knew how to go about steaming 600 clams.

We used two hot oil turkey fryers for the steaming, they worked perfect.  We had as much steamed clams as we could eat with french bread, drawn butter, large cold shrimp, coleslaw and cookies.  What a great dinner we had.  Just can't get any better.  Unfortunately, I was too busy cooking to get pictures so you just have to believe me.

For anyone steaming clams for 40 people, and a reminder for myself, 700 clams would have been better than the 600 that we had (usually 100 little-necks per bag), 3 # butter, 5 loaves of french bread.  Cooked in a couple inches of:  half water, half beer, seasoned with Old Bay, dry onions, dried parsley and chopped garlic in a jar. 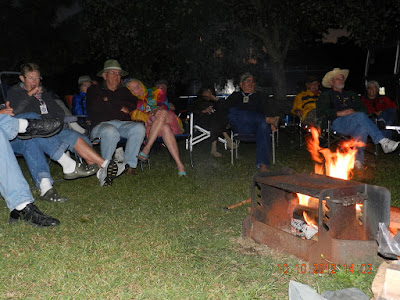 The end to a perfect day, thanks for stopping by

Nancy
Posted by Joe and Nancy Conrad at 6:49 PM