We met up with 20 other Airstream trailers/motorhomes, no singles so we have 42 people in our group.    We are camped right on the water next to the "Inlet" with a beautiful new bridge that lights up at night.

Our first day, Tuesday, 10/2, we all met over at the Park Headquarters for a briefing and then a fabulous all-you-can-eat catered dinner from "Hook-'em & Cook-'em.  Fresh steamed clams, very large shrimp, scallops, flounder, green beans and corn.  Everything was superb, especially the scallops as they were the large ones that were cooked to perfection.  It looks like we have a nice group with couples from CA, NJ, SD, CO, NC, DE MN, LA, TX, AZ and probably some other places.

Wednesday. 10/3 we missed because we had to take Buddy, 80 miles to the north of us to have an abdominal ultrasound, that I won't go into now.  The end result was very good, no cancer.

Thursday, 10/4 we had a tour of the Indian River Life Saving Station  The station was built in 1876 for use by the United States Lifesaving Service, a government organization created to respond to the alarming number of shipwrecks along the coastlines of the U.S.  The building was originally located 400 feet closer to the shore, but a sand dune began to form around it almost as soon as it was finished.  It was moved 400 feet further inland.  The U. S. Life Saving Service was the precursor to today's U. S. Coast Guard.

-The station was manned by the Captain, or Keeper and six-surf men.  The six surf-men were local farmers that worked the entire winter during the storm and then went back to the farm for the summer planting and harvesting.  The men had to be fast and strong.  The life saving boat was 2,000 lbs that they had to get to the water by rolling it on a dolly with large wheels.  Every week they had to practice turning the boat over, upside down in the water and then, three of them had to turn is right side up again in five minutes.  A very interesting tour, a good place to take the time to visit.


The Station, painted in the original colors 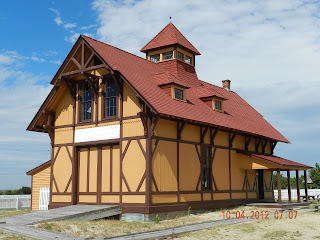 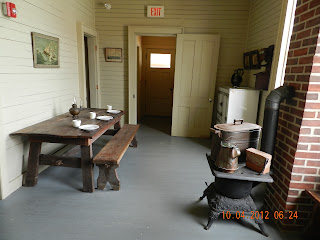 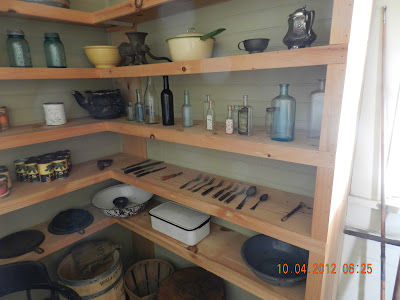 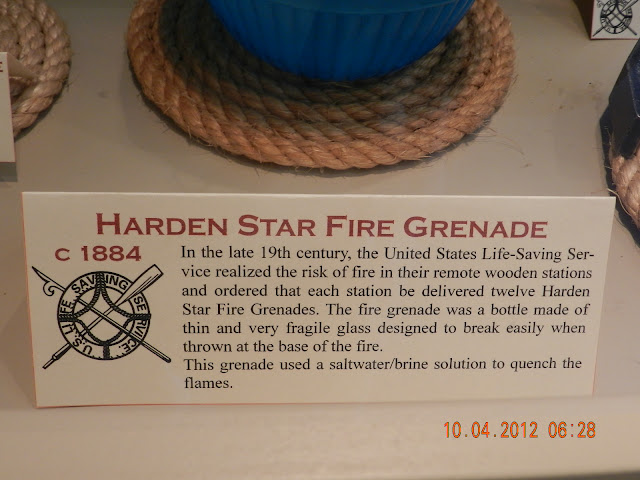 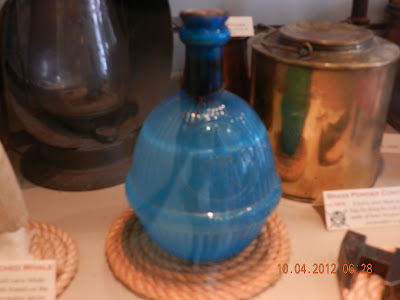 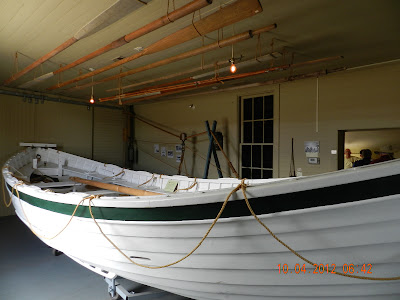 The boat has a false bottom for an air pocket 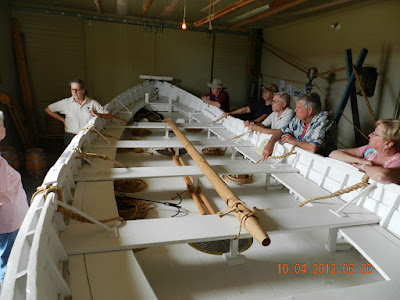 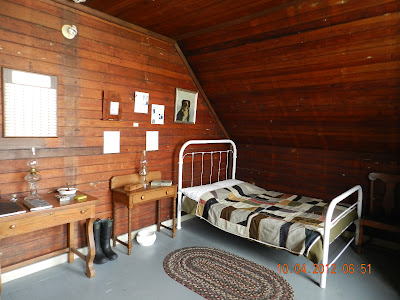 Room of the six surf men, in the hall was a locker for each of them 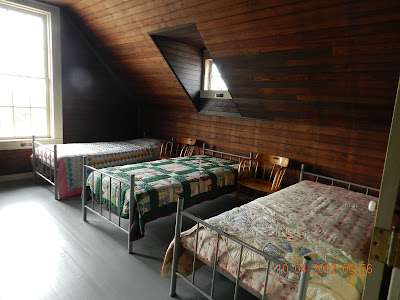 Looking out the window up stairs, looking out over the sand you can see a
thin strip of the Atlantic Ocean under the clouds 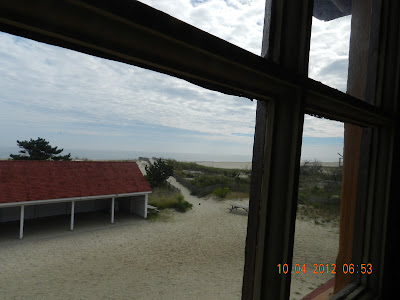 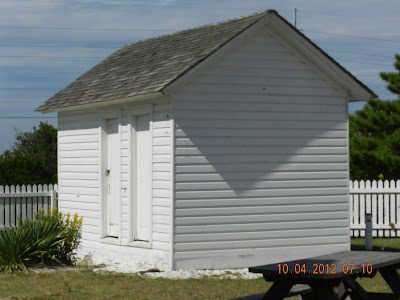 Next stop is Chincoteague Island, Virgina

Thanks for stopping by.

Posted by Joe and Nancy Conrad at 8:07 PM