Joe and I drove around quite a bit visiting old familiar places.  One place was a bar that he frequented from time to time.  The story he gives is that he drank beer there from about age 16 or 17.  One time he was in there when home on leave from the Air Force and was given a beer as usual and Buck asked him how old he was, well at this time we was 21, but Buck didn't want to believe it.  The bar is still there, the original is still there but they have enlarged the bar and added on a restaurant in the back.  We went on in and Joe had a beer.  The person sitting next to us remembered a lot of the people that Joe knew back then. 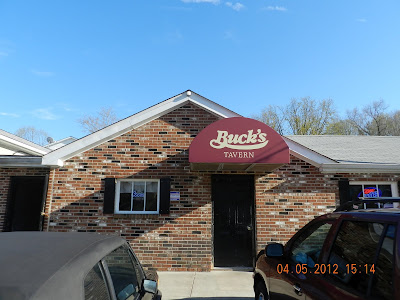 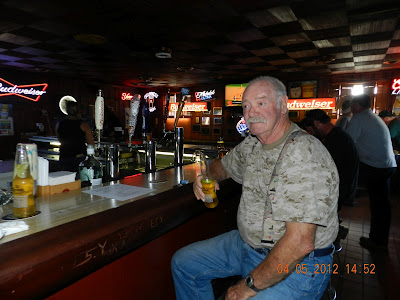 Bucks Place, est. 1937
Bucks is still owed by the family

Joe actually grew up in the town of Calvert. 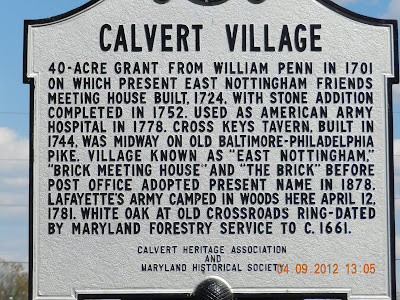 This is the oak tree that stood in front of the elementary school that Joe went to
look hard, Joe at 6' is standing on the right side of the tree

To the right of the school is the Brick Meeting House

This is the Brick Meeting House, the area on the right is where they added on to it. 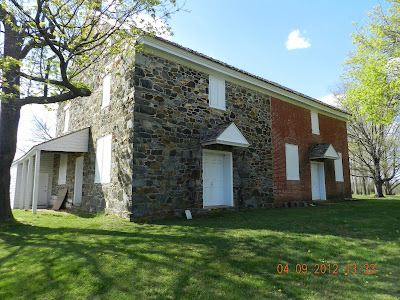 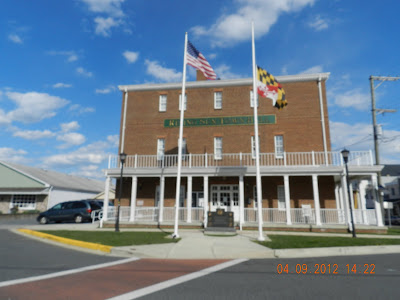 This is the house that Joe grew up in, it was built in about 1760
Indoor plumbing was added after Joe's parents bought the place when Joe was about 5 years old 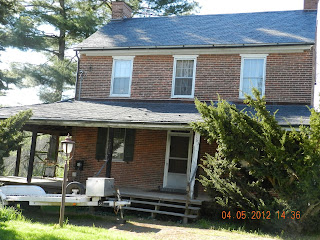 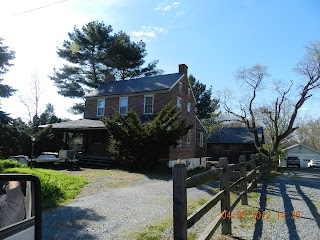 Joe remembered how to get to his Conrad grandparents  house.  We drove up the driveway and there were some construction workers working on a new wing. The foreman was kind enough to take us around and actually in the basement where Joe's grandmother rendered down the remains of the hogs, this lard was then used throughout the year.
This is the back, the front has a new addition, it is made of stone and the walls are 18' and in the basement they were 20'  Don't know why the basement walls were thicker unless it was to be a sturdier footing
The two windows on the left are covered because of cement work 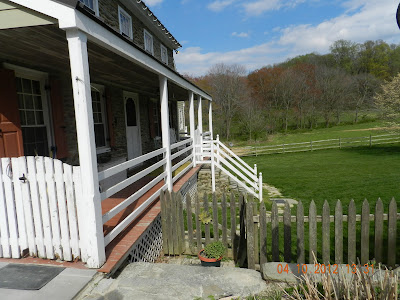 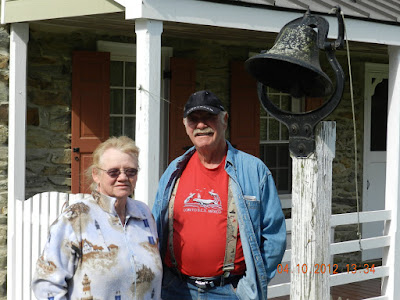 This is where the pigs were kept
on the right side was their outside pen
They also raised chickens, a few cows, a milk cow, goats and a hay field
and of course they had horses for buggy and for team to pull the plow

Barn, the door on the bottom goes into a full basement and paddocks for the current horses

Joe's grandfather, Harry Conrad built this barn in 1900.  The different owners have preserved these boards where Harry carved his name.  The year  1900 is to the left of his name, see next picture.
Harry was a carpenter, a very good one he built most of the barns in the area. 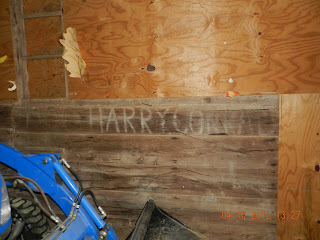 As we drove around Joe remembered more and more, we even found the house where his other grandparents lived, the Browns, Chalkley and Emma.  Joe is not aware of when this house was built

Pigs were kept in here

New outbuildings have been added 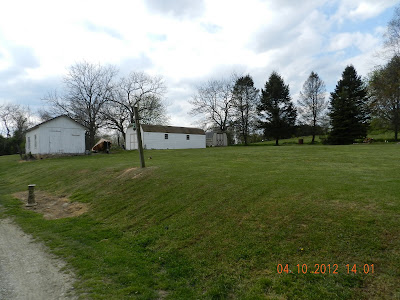 As with most of these old houses they are made so you can add to them,
new part is on right. 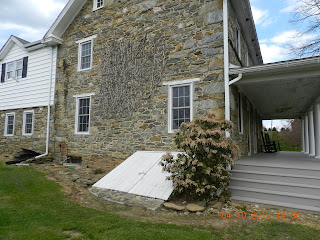 Another family member we were able to visit with is Joe's niece, Mary Ann and husband Charlie.

That's it for now, have a blessed day