Left Yuma at a cool 34' and a slight wind.  It was COLD but not as cold as Benson where we encountered  40' and a steady 10 mile an hour wind from the north.  At night it dipped into the mid 20's.  But we had a nice stay in Benson.

We were here about 10 years ago, and were not able to see Keatchner Caves so we went there.  These are newly discovered caves in the mid 1970's and opened to the public about 15 years ago.  No pictures are allowed inside so you will have to take my word for it: It was awesome every step of the way. 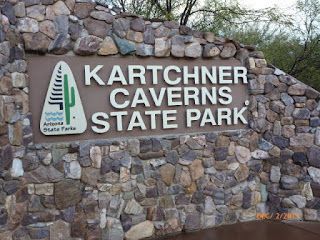 The entrance to the visitor center

It was mostly cloudy and rain on and off but Saturday we headed over to Cochise Stronghold.  What a beautiful area. 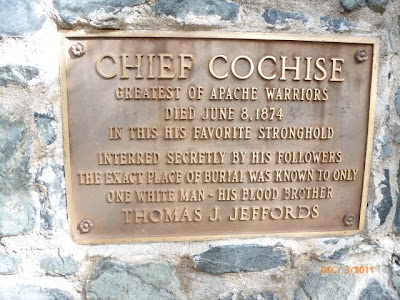 We are on the east side of the Dragoon Mountains, hiking up a ways into the canyon.  They have a beautiful campground here, dry camp only but the dirt/gravel road was a little rough at times.  Luckily the five creek beds that we crossed were dry.

Views across the canyon as we were hiking.  I think the dome on the left is Rockefeller Dome where it has been said that Cochise is buried there.

It was mostly cloudy but very bright so the pictures are not very good.  Remember I only have a point and shoot camera. 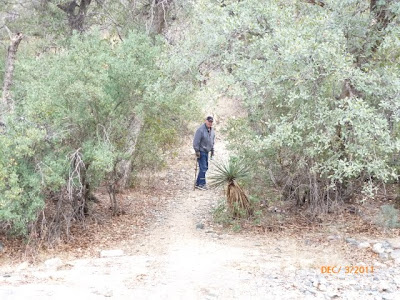 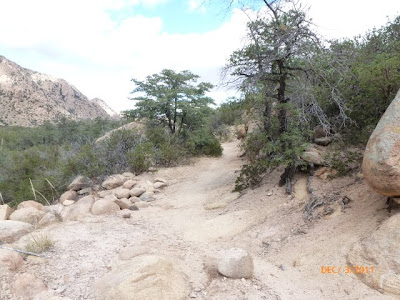 After our little hike we drove over to Wilcox, home of the Rex Allen Museum. While we were there Rex Allen Jr. came in so we bought one of his CDs and he autographed it.  We had a picture with him but the person taking the picture moved and it came out blurry.  A reason you should always have the other person take two pictures.  The museum was very good.  They also have a Cowboy Hall of Fame.  Every year two people in the county are inducted into the Hall of Fame on their yearly Rex Allen Days. 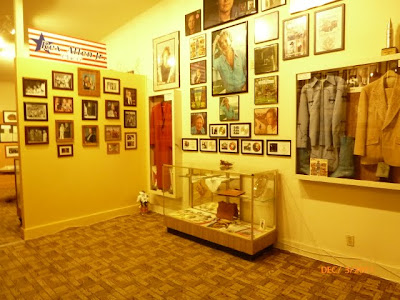 He was considered the best dressed western singing cowboy

The silver on this saddle was not just a thin strip, it was very thick and beautifully engraved 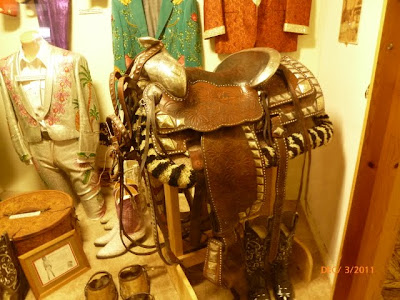 Across the street was the town park and a statue of Rex Allen,  a very small old western town complete with the railroad right through town. 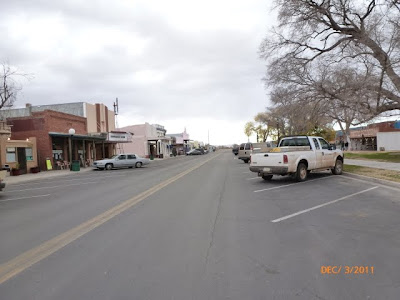 It was cold and getting colder as there are three low pressures heading right toward us threatening temps to go down to the teens and snow, in fact we did see snow in the mountains.  The elevation in this whole area is right around 4,000 ft to 4,500 ft.  A lot higher than I realized.

Email ThisBlogThis!Share to TwitterShare to FacebookShare to Pinterest
Labels: Arizona