This blog is a recap of Thanksgiving week with family so it might be boring to others, just warning the rest of you.

Back to Thanksgiving.  We had a most enjoyable time at Tom and Brenda's for a fun family reunion (except for our son Tim in Florida) Thanksgiving we have had in a long time. They are both very gracious and accommadating hosts you could ever have.  We were able to fit the Airstream along side of their house on a level cement pad and even get the gate closed.  The weather was picture perfect the entire time we were there.


You can barely see us snuggled in behind the gate 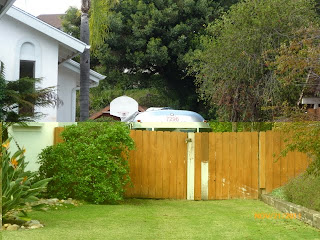 For one week we ate, drank wine, shopped, got caught up on life happenings and started all over again, ate, drank.........

My sister Debbie and husband Gary from Auburn Ca arrived on Monday and then my other sister Elaine, husband Jim, and daughter Claire from Snoqualmie, WA arrived Tuesday after a long day of visiting several colleges for Claire.

Along with Tom's sisters, brother and niece  we ended up with about 20 people for a sit down Thanksgiving feast.

They were BBQ'd and very delicious.  Even the people that said "no thanks, I don't like brussel sprouts" tried them and they were converted and are now enthusiastic about brussel sprouts.
Brenda had a very good recipe.
This plate was piled high with BBQ'd sprouts 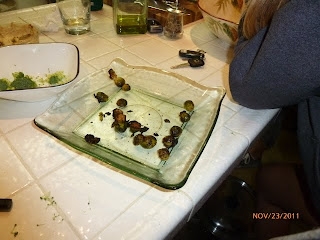 Did I mention eating and DRINKING 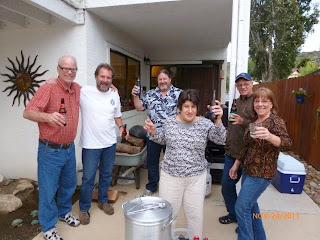 The turkey was deep fried, note the turkey hat 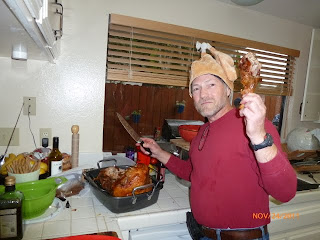 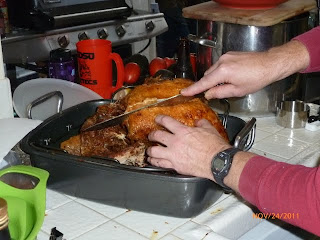 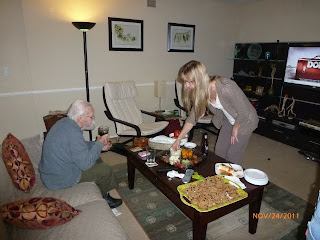 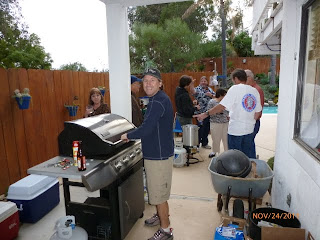 The feast shall begin! 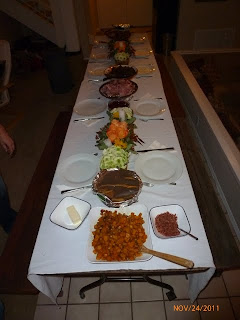 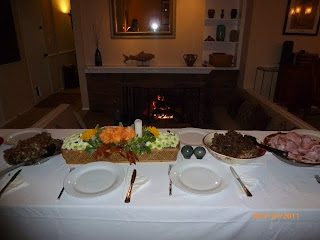 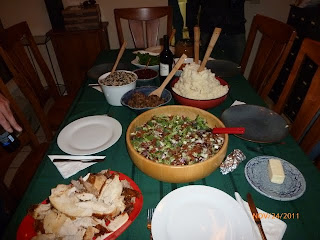 The day after T'day, relaxing in the sun.  The pool is not heated but Claire tried it out anyway.

We all had a great time playing croquet 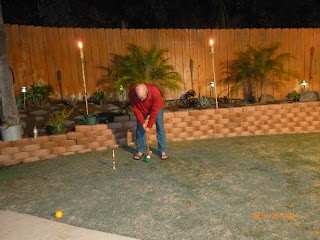 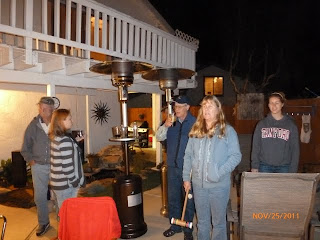 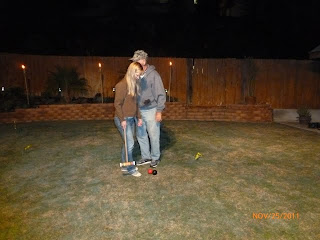 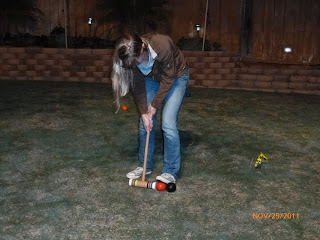 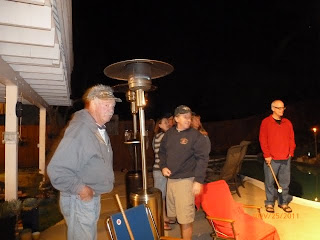 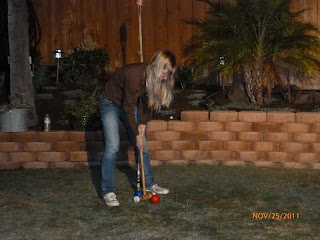 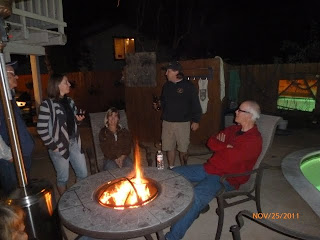 Since Claire was interested in visiting colleges Tom took us on a tour of his favorite place away from home San Diego State University, home of the Aztecs. 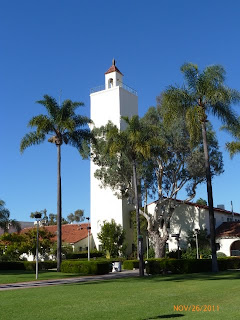 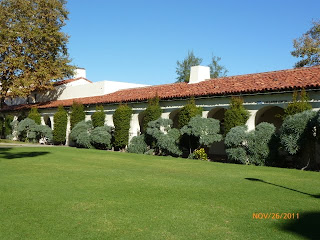 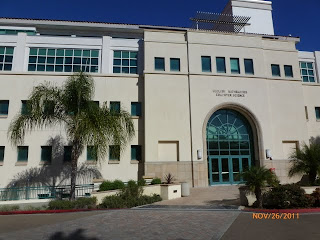 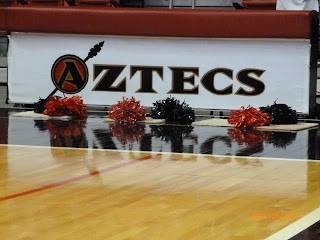 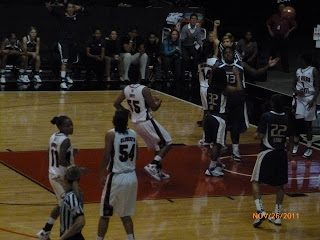 Tom has season tickets to the basket ball games right on center court and he let Claire and Elaine sit there while the rest of us were in the stands. 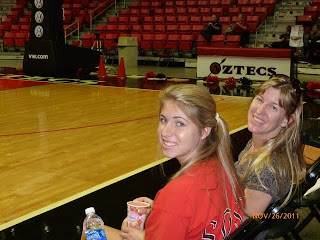 We told everyone we were leaving early Sunday and everyone got up early to see us off
Tom at left, Gary in the middle and Joe on the right

Well, almost everyone got up early
Elaine and Jim
(never saw Claire)

We all had a fun week.  Now it's back to normal, what ever that is.
Safe travels to all
Joe and Nancy
Posted by Joe and Nancy Conrad at 4:01 PM