Part 2 of 3
As most of you know I have not been east of the Arizona/New Mexico state line so everything is new and interesting to us.  Corpus Christi is a major is deep-water port, I thought it was just a beach.  Well the beaches are beautiful with white sand.  The on US 181 arches 235 feet above the water.  Also on the waterfront close to the aquarium is the permanent home of the USS Lexington Museum now a National Historic Landmark.  The was famous during World War II, it had many attacks but never sank, in fact Tokyo Rose called is “The Blue Ghost. 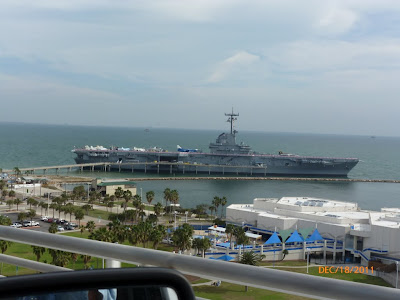 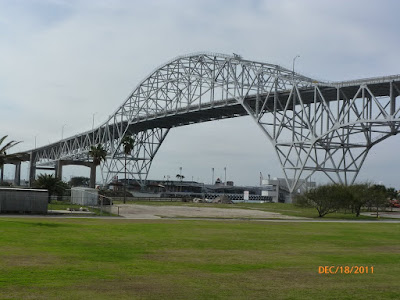 Here at the RV park there are many seashore birds, white and brown pelicans and once while at the end of the pier I saw a couple of dolphins and plenty of jack rabbits that Buddy has chased.  He can’t even get close, with those long legs and their keen sense of hearing they take off before Buddy takes a second leap. 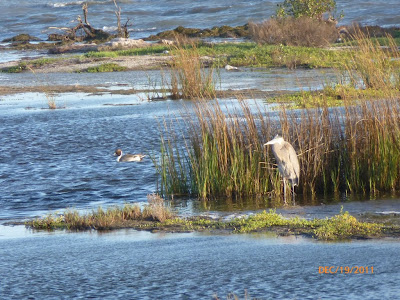 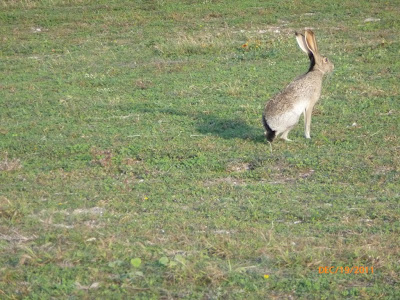 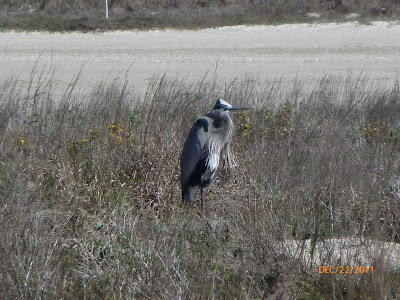 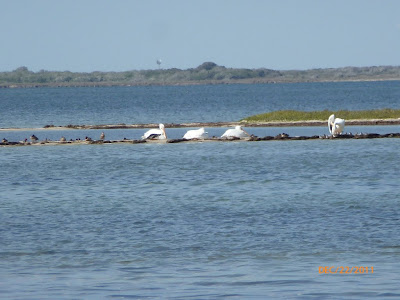 This guy was a little shy and kept running off

We are very close to The King Ranch so of course we had to visit.  The history of the King Ranch is very interesting.  Click here to go to their site. My son just showed me how to do this Click here   stuff so I hope it works for you.
The ranch was founded by Capt. Richard King in 1853 and has continued in operation by his descendants who have developed the Santa Gertrudis breed of cattle and produced the first registered American Quarter Horse.  Currently they have about 33,000 head of cattle, 220 horses.

All these pictures are taken through the bus window.  These are the beautiful dark mahogany-red Santa Gertrudis breed of cattle that was developed and is the newest breed of cattle in the U S 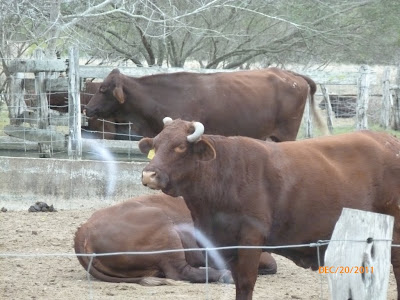 Roger, our tour guide, note the contraption he has that is holding the mike.  It's a coat hanger, and kind of looks like those harmonica holders.  It's holding the mike and he has a piece of duct tape around the mike to hold the button down.  It worked like a charm. 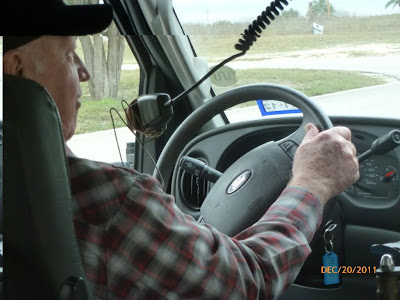 Bridge across Gertrudis Creek, back when Capt. King started the ranch it was deep and flowing but over the years the creek has dwindled down to a small stream. 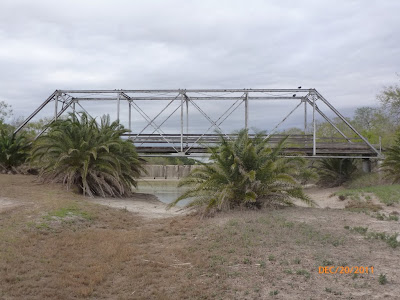 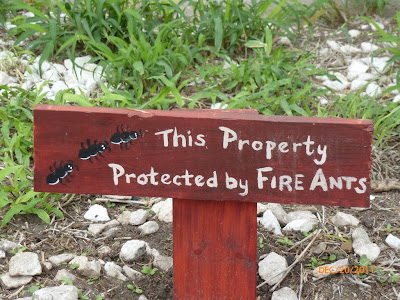 The weaving shop where all the horse blankets were made 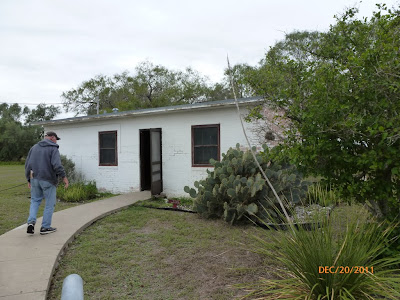 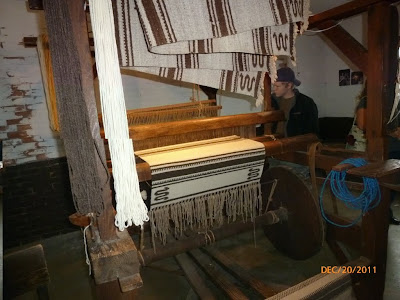 This is Alberto V Trecintio AKA LoLo.  He is 81 and the 5th generation of his family to work on the ranch all their lives.  He is holding a picture of "Assult" the Triple Crown Winner in 1946 that was bred on the ranch.  LoLo was responsible for him and was the first person on his back.  A very charming man with many, many stories.

This W that is being pointed out is the original brand that was registered.  The have since straightened it out. 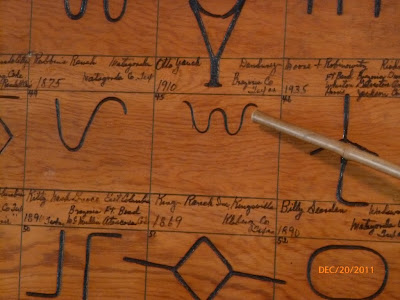 One of the homes that the foremen live in 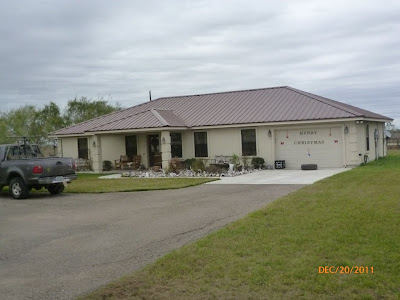 The original barn, Mrs King liked the architect of The Alamo 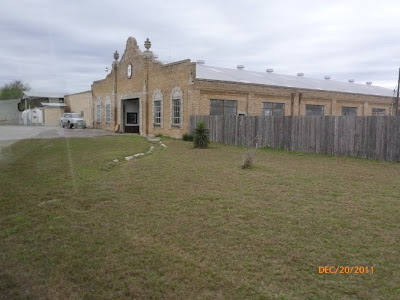 The King family house is used for family members only.  This was the third house that Mrs King lived in, the first was made of adobe mud, the second was about half this size and burned. 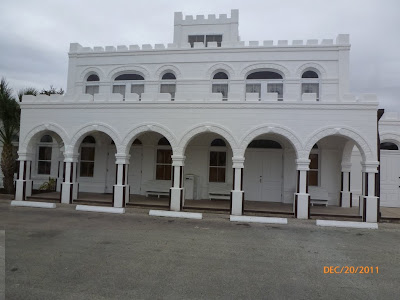 The commissary for the ranch. 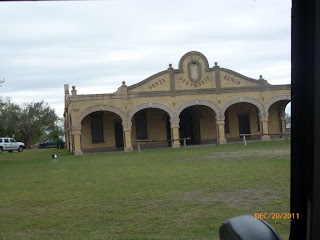 All the ranch hands and their families lived on the ranch and there are still decedents of the original people still working the ranch.  Mrs. King was a teacher so she had a school built, also a church, the commissary which stored everything that was needed.
Posted by Joe and Nancy Conrad at 12:07 PM