November 10, 2011, leaving Yuma bright and early, had to be at the Discount Tire by 0730 to have two more tires installed on the trailer.  We have now bought four new tires for the trailer in Yuma so that should last us 5 - 7 years.  Now we have to save money to replace the truck tires in about another 10,000 miles.

Driving west on I-8, crossing the California Border, they still have inspections stations.  "Where are you coming from", Yuma.  "How far east were you", Yuma.  "Do you have any fruits or vegetables" No.  "OK have a nice day"  We actually had a nice person asking questions.  Further on down the road we came across the Border Patrol Station.  No questions, they had dogs sniffing every vehicle, I guess we smelled OK.

We passed by the Imperial Dunes and the All American Canal and the Cochella Canal.  I think the canals are all diverted water from the Colorado River.  We eventually turned off on State or County Hwy 115 and roamed through the alfalfa fields and several thousand sheep grazing on the alfalfa fields that had already been cut.  Here it is November and they are still cutting alfalfa, maybe it never stops down here.


I couldn't get away from the power lines

The All American Canal

The sand dunes are only about 100 miles east of San Diego.  On the weekends the place is crawling with ATV's and motor homes.

We eventually get to the "booming" town of Niland, turn right on Main Street and just keep going until you see signs that you are at "The Slabs"  (At least that's what other people told us)  Can't miss it.  For those of you that don't know, The Slabs is an old military base out in the desert, all buildings have been removed and it is free camping/boondockingsquating for at least the last 50 years.  Some people out here live on nothing but a S/S or disability check and a tent and then there are those that have big expensive motor homes.  There are sort of makeshift roads, we finally took one and wondered through the desert until we came upon what looked like "normal people".  This is a place that every RVer needs to experience at least once. 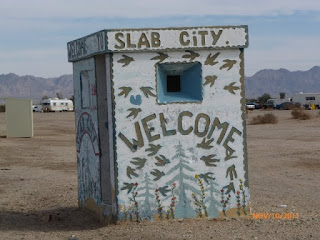 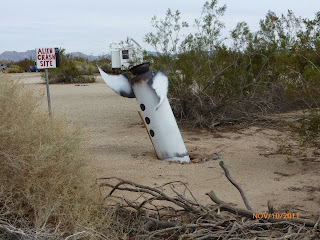 There are many RV groups that meet at the Slabs every year.  This is the fire ring for the LOW's (Loners on Wheels) A group of single people traveling alone usually after their spouse has passed away.  Nice group, they have chapters all over the United States and Canada

This is their meeting place out here in the desert

Art is in the eye of the beholder 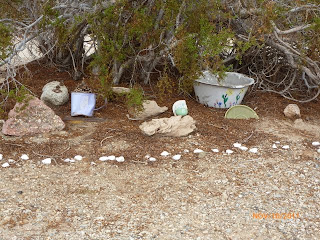 Another group called Traveling Pals, this is their fire ring. 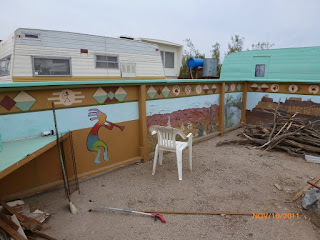 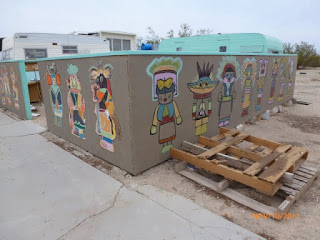 Many people fix up their place nice.  Some stay for the season (winter) and a few stay all year.

The above picture has that line going across.  I don't know what is causing it.  I don't see it on the camera when I review the pictures, I usually don't see it when I do a slide show on the computer.  It just shows up now and then.  Very frustrating.  Any ideas out there????

We visited Salvation Mountain.  I don't know how to describe it except for pictures 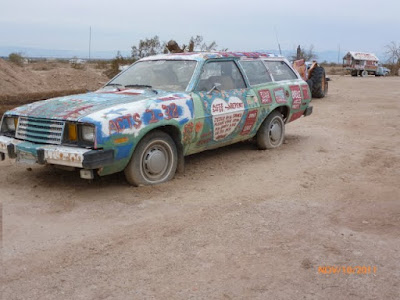 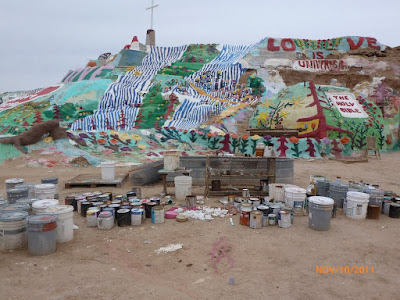 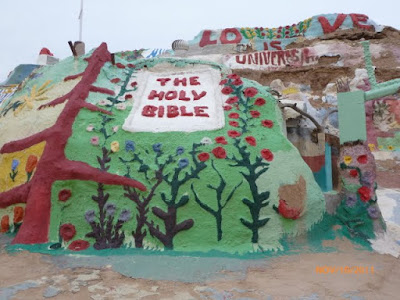 Several pictures from inside 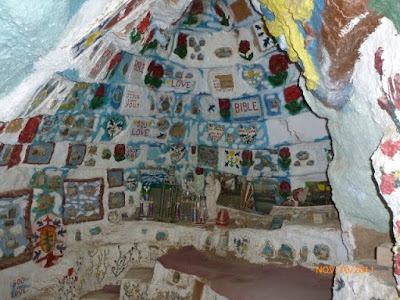 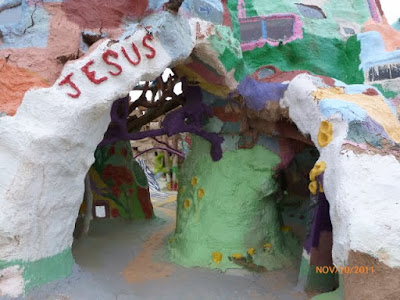 The "newer addition" is built with bales of hay, trees, tires, car door, and what ever.  The bales of hay are covered with an adobe mud sort of covering and then painted 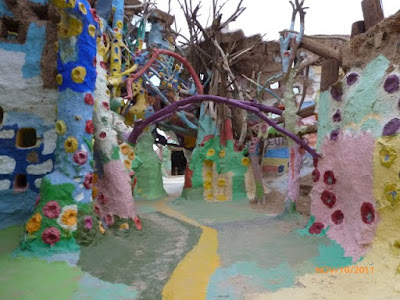 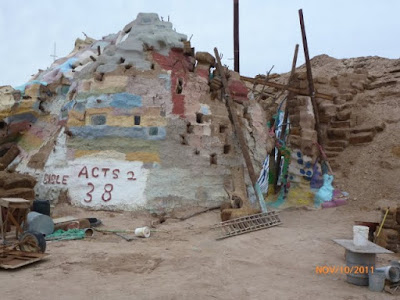 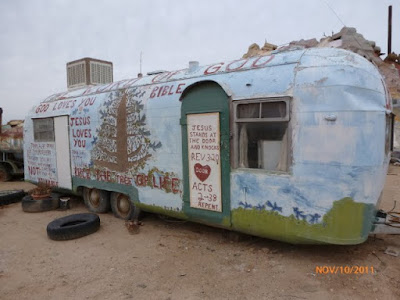 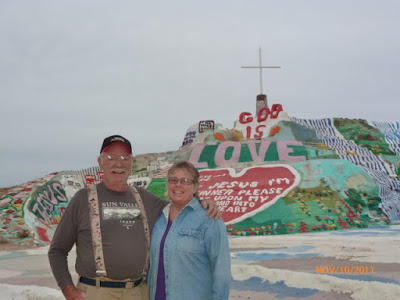 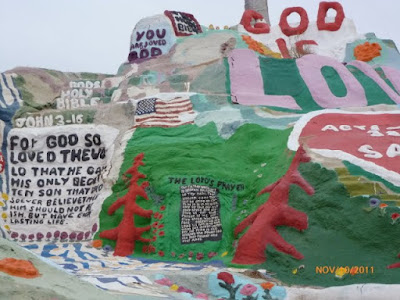 I climbed on top of the hill and took these pictures 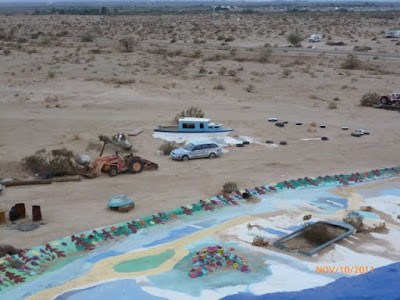 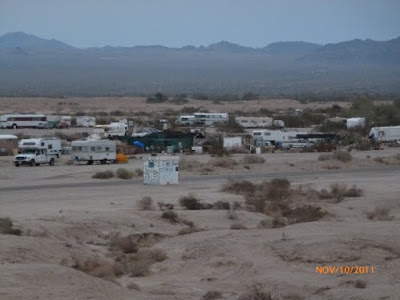 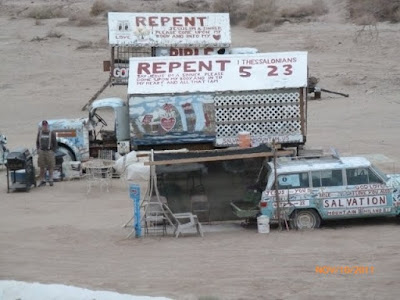 Like I said everyone should experience this once.  Tomorrow we are on our way to Joshua Tree National Park.

Nancy and Joe
Posted by Joe and Nancy Conrad at 8:03 PM

Email ThisBlogThis!Share to TwitterShare to FacebookShare to Pinterest
Labels: Niland, So. California, The Slabs