We had such a fun day with the Elks here in Homer. Their day started at 0430 with hammering a spike up the but of a pig and then onto the spit. The reason we know it was 0430 is that we are staying in their parking lot and we were woke up with the racket.  This is an annual event so they have everything timed just right.  The menu was: of course the roasted pig, four roasted turkeys, and lots of hot dogs and hamburgers along with beans and many salads along with home made deserts.  What a grand feast they put on to celebrate our Independence Day, all the veterans were asked to stand to be recognized and thanked for their service. 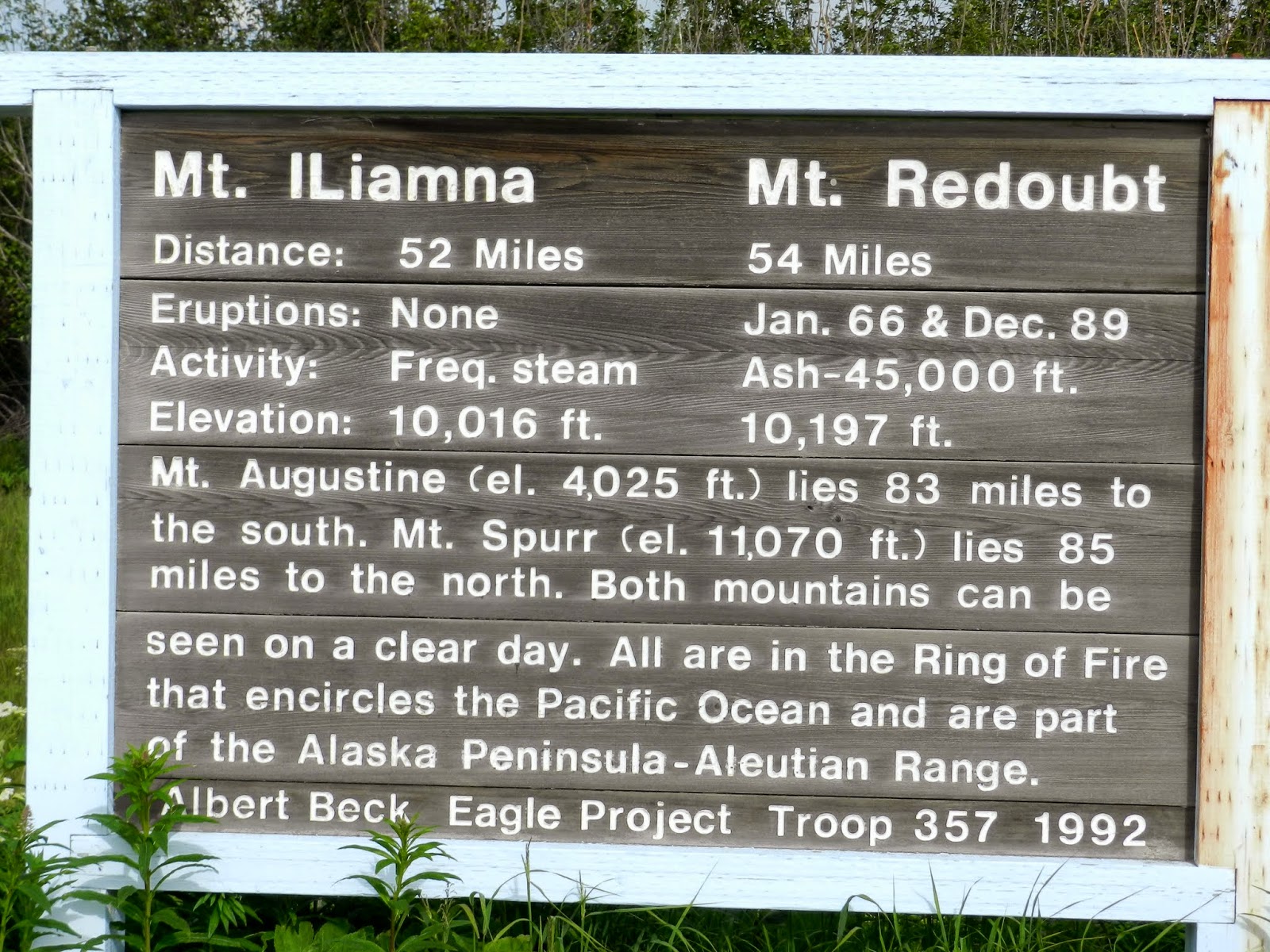 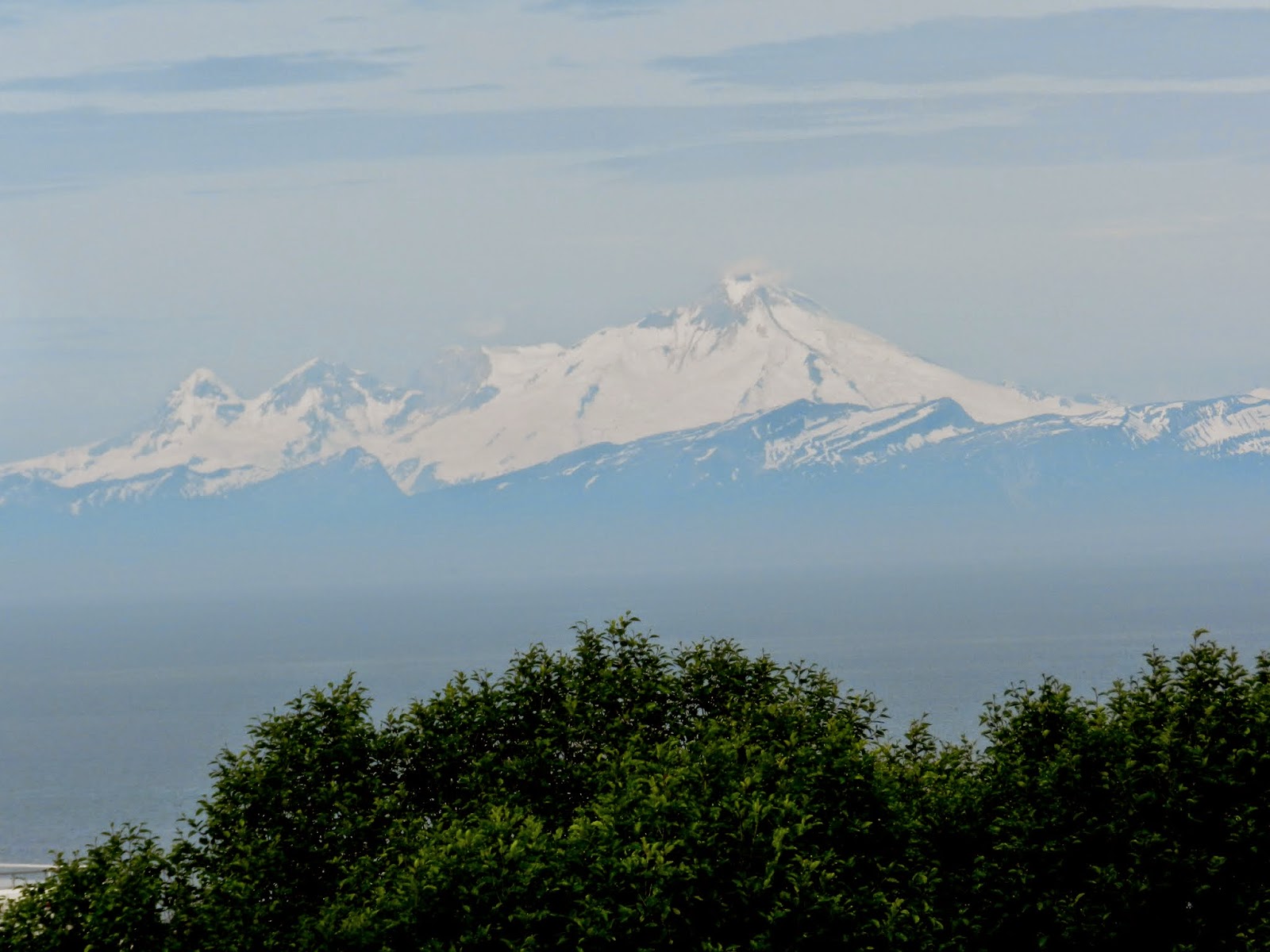 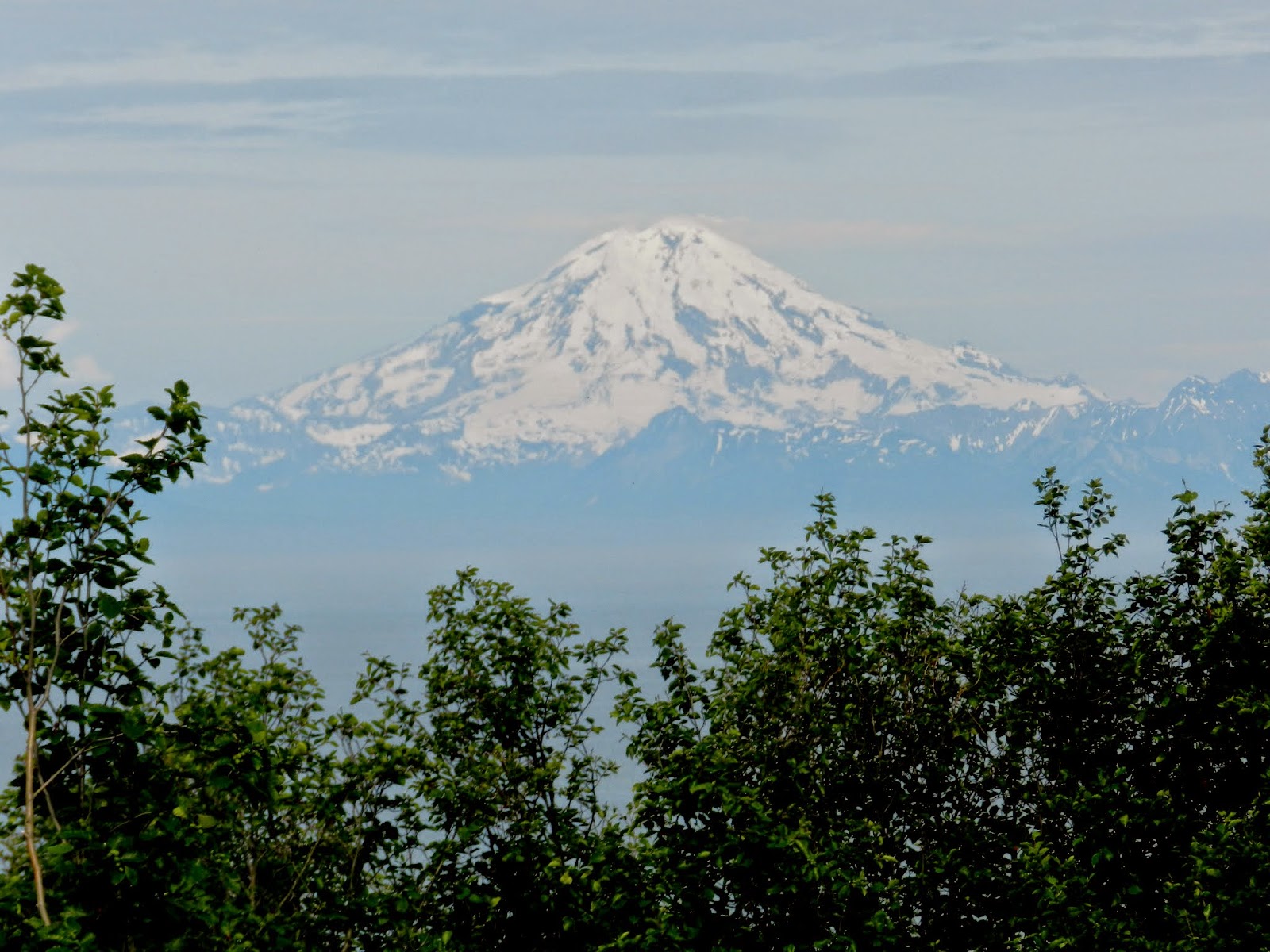 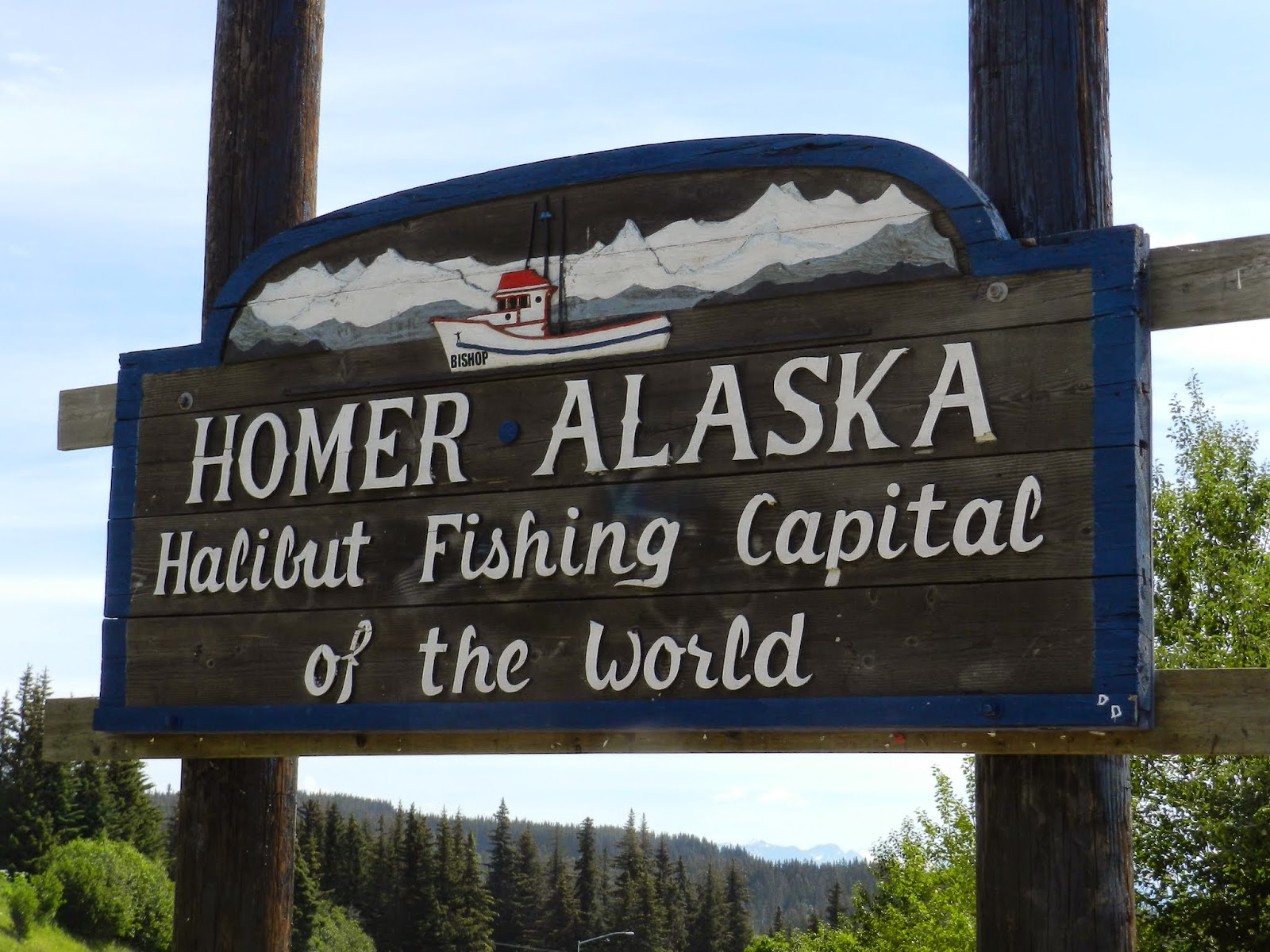 That thin little line in the middle of the picture is "the Homer Spit". 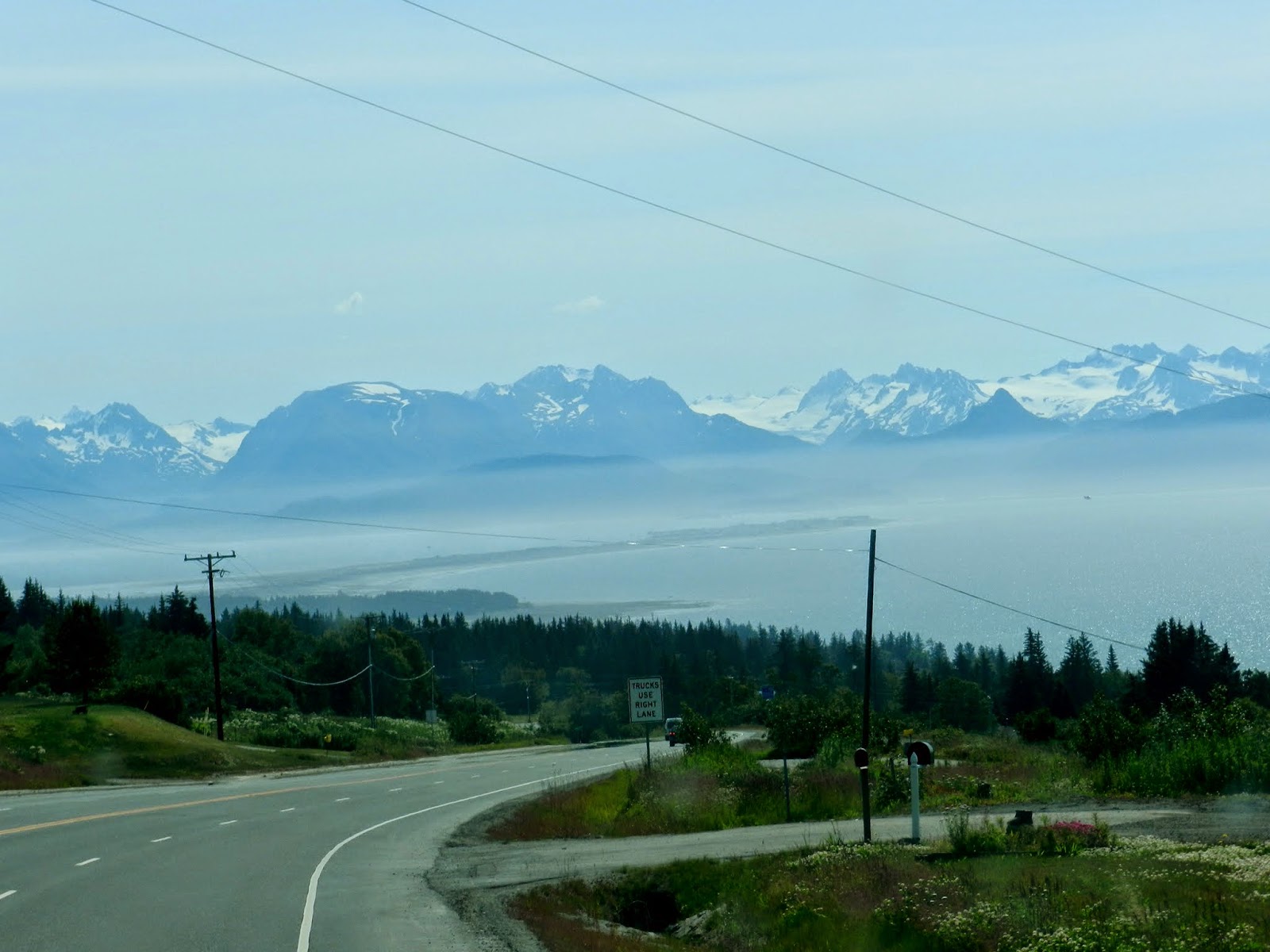 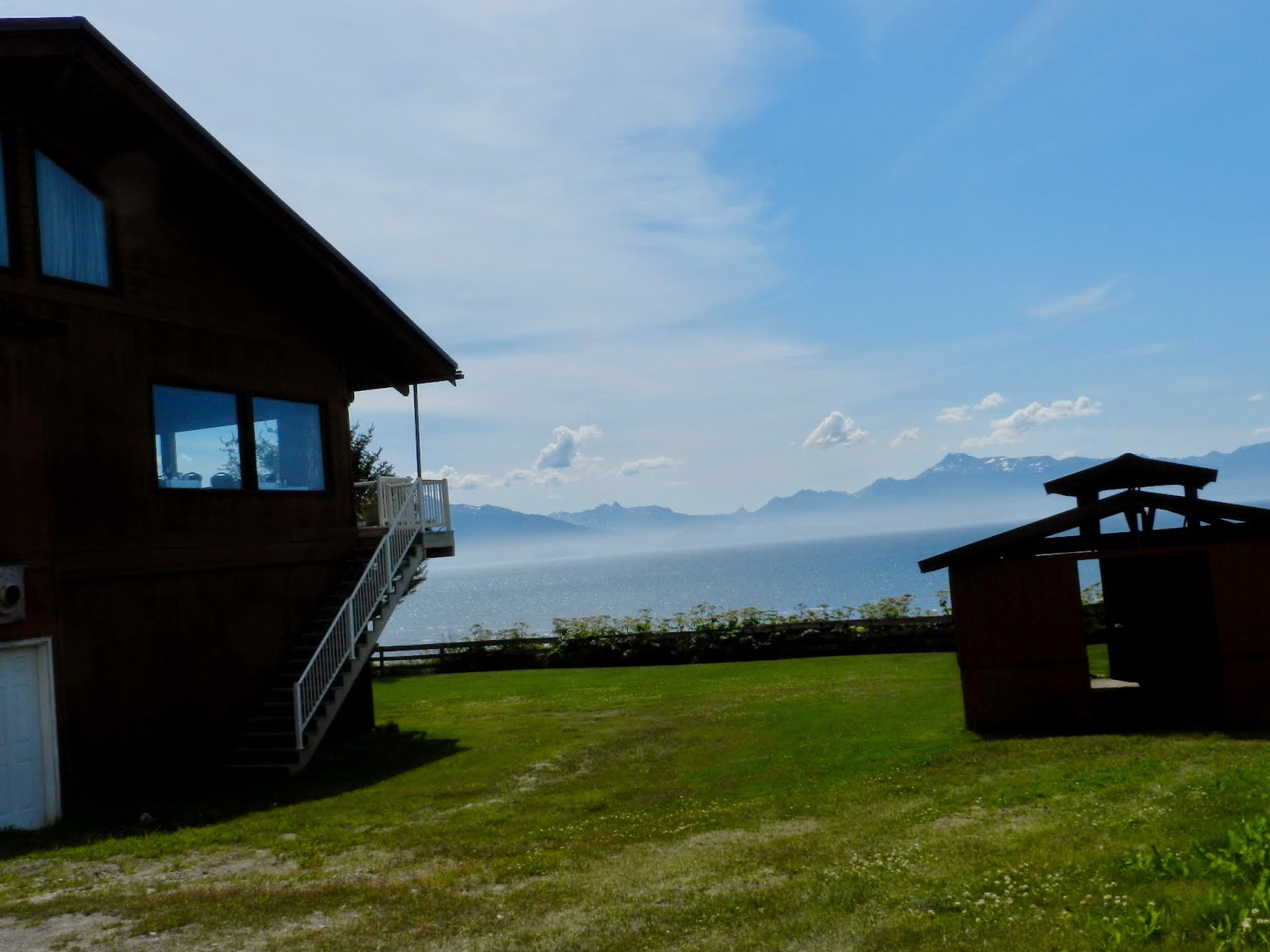 The Elks Lodge is right on the water, a beautiful lodge with three floors and large windows facing out to the water.  The little building on the right is the pit for roasting the pig.

The pig, the black on his body is some kind of a rub that was put on the night before. 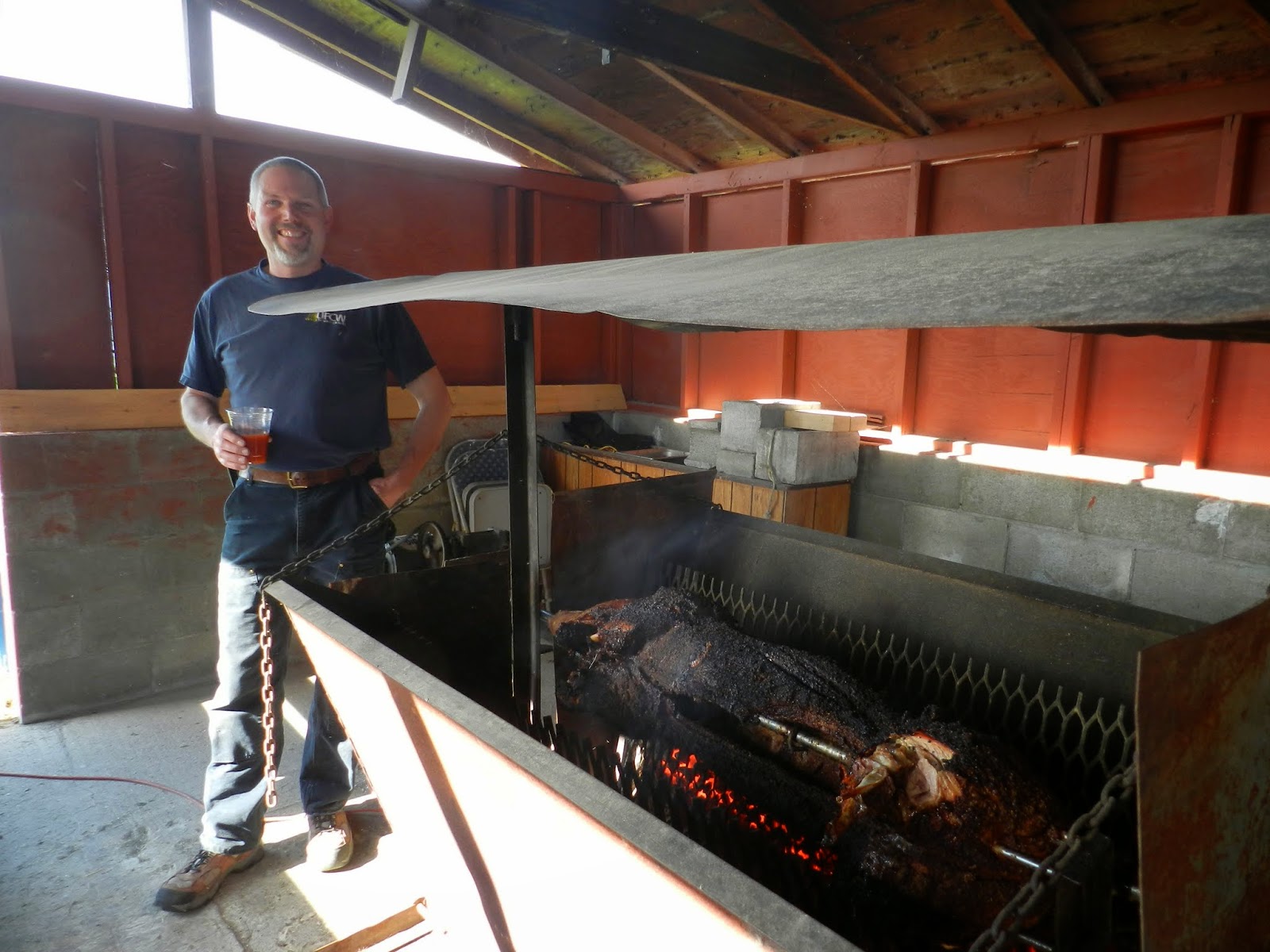 Head Chef in charge of the pig and the Bloody Mary in his hand.

Everyone pitched in to help

The day ended with a parade in town (pictures tomorrow) and fireworks.  Even though the sun is still up at 10:00 it was still fun to see the fireworks.

End of a great day, fun to meet so many nice people here at the Homer Elks.

Nancy
Posted by Joe and Nancy Conrad at 10:28 PM