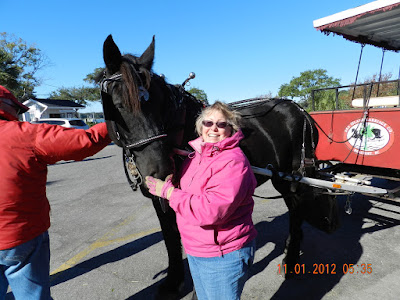 Yep, another carriage ride through the beautiful streets of Historic Beaufort, South Carolina. 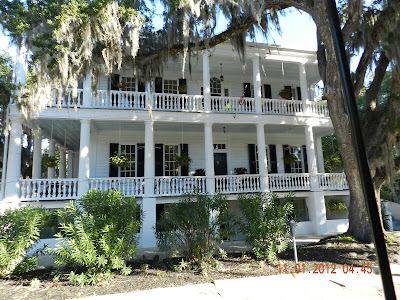 Many, many beautiful homes with lots of history 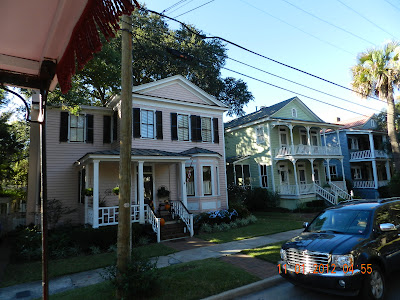 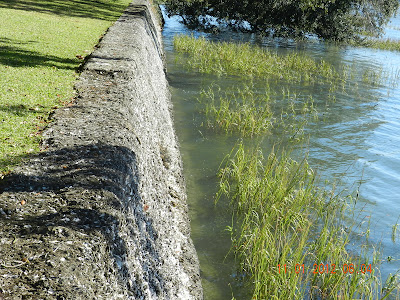 This is a sea wall made in the mid 1700's called "Tabby"  It is sand and cracked shells along with some other ingredients.  It is very strong, this wall has never needed repair and the water has never gone over the top.  This picture is high tide when hurricane Sandy was out to sea.
We attended a Low Country Boil which consisted of boiled shrimp, potatoes and corn, and was it yummy.  forgot to get a picture though.

We have been learning of the Gullah Culture for the last couple of weeks.  We had Miss Pearly Sue entertain us with the history of Africans and their important role in America. 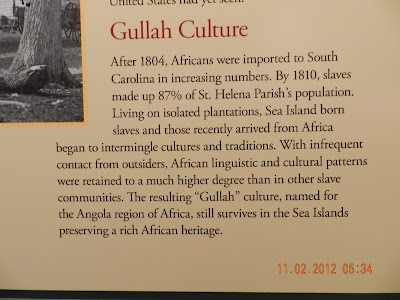 Miss Pearly Sue was quite the educator and entertainer through story, song and dance. 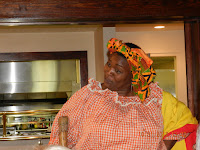 Ray,  on the left, from our caravan group, was her college psychology professor.  He sat right in the front row and when she was reading everyone's name tag she suddenly gave out a scream with laughter and tears.  She was surprised, to say the least, she had not seen him since 1974.  Ray said she was an A student all the way through college. 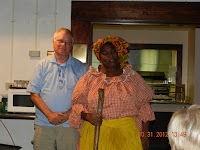 Early, very early Friday morning we all boarded a bus at 0600 to go to Paris Island Marine Training Facility to see the latest Marine recruits graduate.  We also were there early enough to watch the formal raising of our Flag. 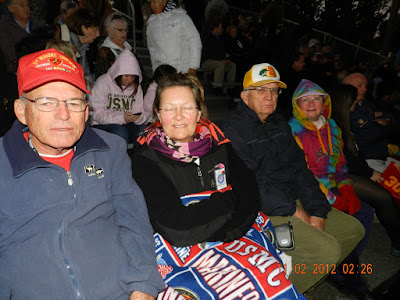 as you can see it's dark and cold 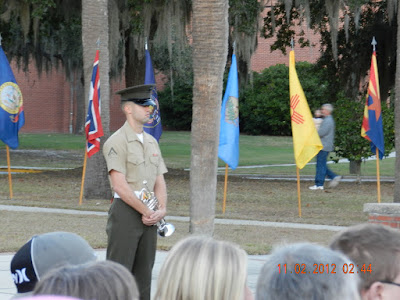 They still have their summer uniform on.  Getting ready play revile. 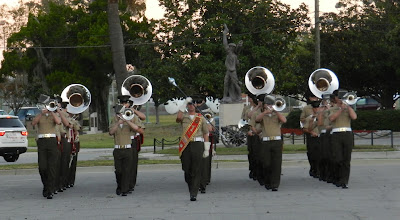 Partial view of the Marine Band 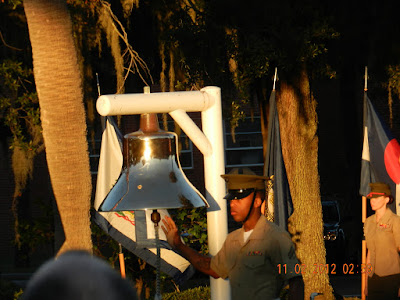 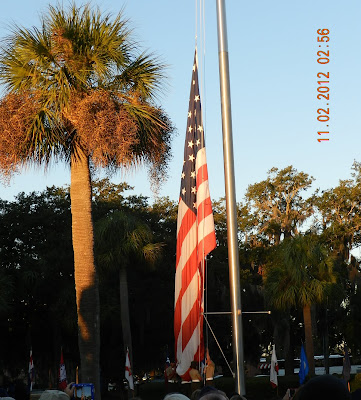 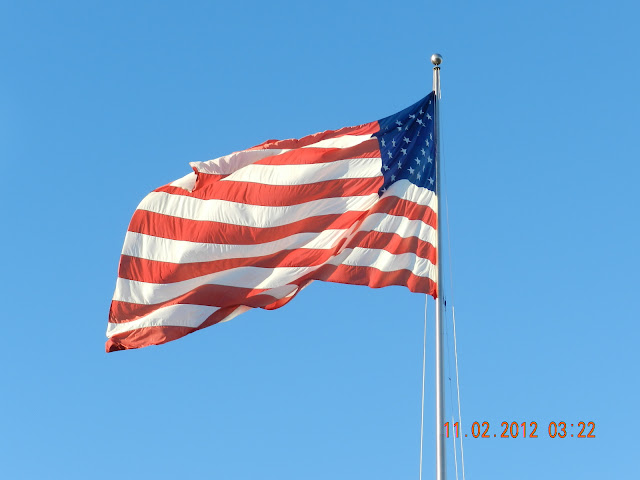 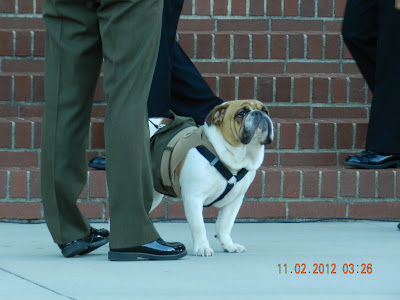 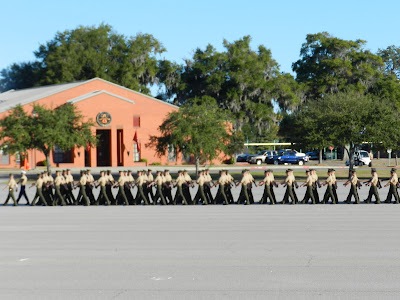 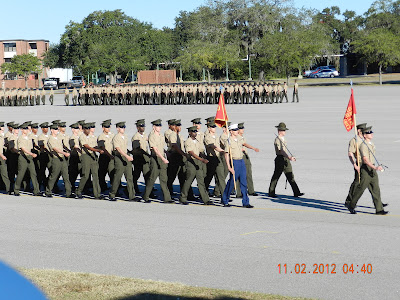 I love going to little local hole-in-the-wall places.  The manager of the carriage ride also owned a little restaurant, "The Sand Dollar" and they just happened to be having a Blue Grass band along with all you can eat fish platter.  Everything was very good, the food, the band, and everyone we met there. 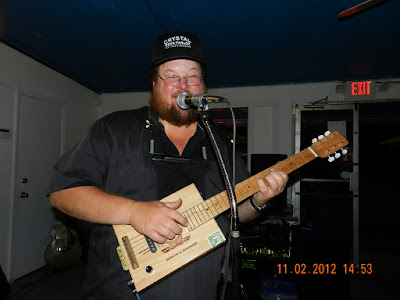 This is a cigar box he is playing 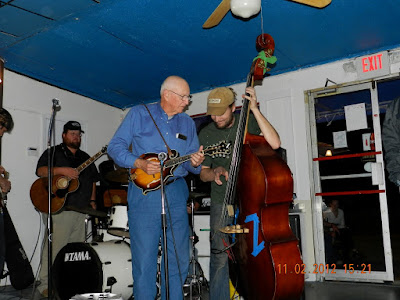 Later, George, one of our group got to play a few songs.  George made this mandolin.  The band and everyone in the place was very impressed with him.

This was a real friendly place, by the time we left we were all best friends. 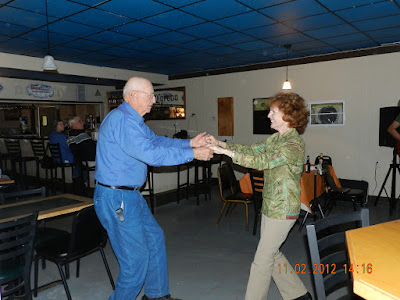 Have a blessed day and be safe

Posted by Joe and Nancy Conrad at 7:21 PM