Still visiting family, Joe and I decided to visit the historic gold mine towns of Grass Valley and Nevada City.  At one time we lived in the area and we like to go back and visit now and then.

Grass Valley dates from the California Gold Rush, as does nearby Nevada City.
Grass Valley is the location of the Empire Mine and North Star Mine, two of the richest mines in California. Many of those who came to settle in Grass Valley were tin miners from Cornwall. They were attracted to the California gold fields because the same skills needed for deep tin mining were needed for hardrock (deep) gold mining. Many of them specialized in pumping the water out of very deep mining shafts.
Grass Valley still holds on to its Cornish heritage, with events such as its annual Cornish Christmas and St Piran's Day celebrations.[7] Pasties are a local favorite dish with a few restaurants in town specializing in recipes handed down from the original immigrant generation. Part of Disney's 1957 film Old Yeller was shot here.

Downtown Grass Valley, everything looked about the same as it did 20 years ago
except I think the brick cross walk is new 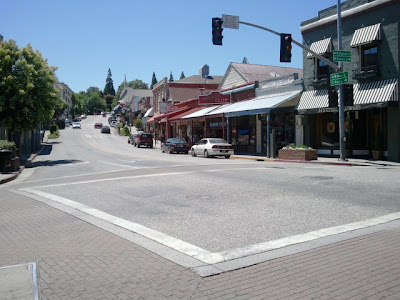 Looking the other way down Main Street 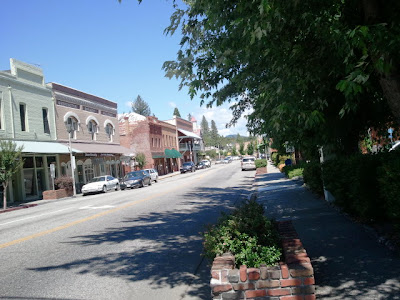 A replica of a stamp machine that hammered the rocks into small pieces in order to get to the gold.  There are hundreds of miles of tunnels under the streets of Grass Valley.   Mules were used underground to pull the mining carts and lived their entire life in the tunnels. 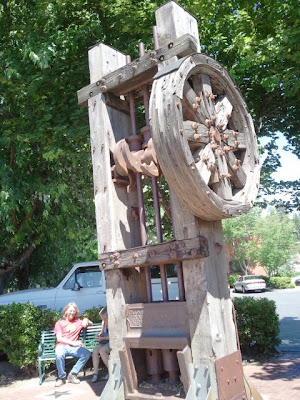 Close up of the stamp machine.  These were very loud and they had many going at the same time.  They could be heard for miles around. 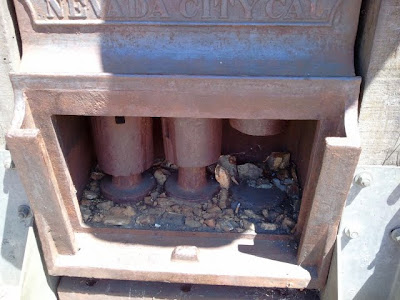 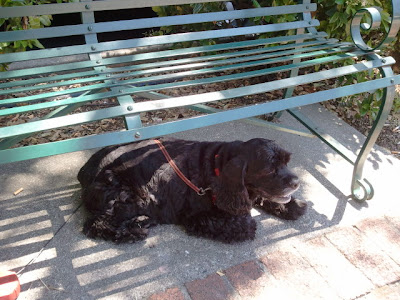 Nevada City, about five miles away 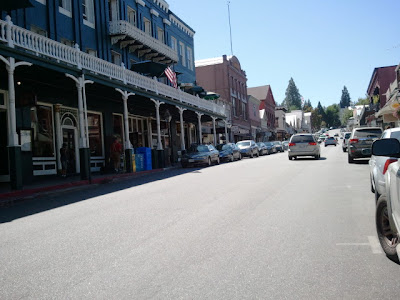 The Grass Valley & Nevada City are historic towns along Hwy 49 and Hwy 20.  If you are in the area it is worth a stop for a few days or a couple of weeks.  A good place to stay is at the Nevada County Fairgrounds in Grass Valley that way you will be close to everything.  About 65 miles to Sacramento and about 65 - 80 miles to Lake Tahoe Area.


Another beautiful day and another side trip, this time to Downieville, north on Hwy 49  from the Grass Valley area.   The discovery of gold in Downieville was panning in the river.  The current population is now about 250 and lots of tourists.  The area is well known for mountain biking, fishing, camping and still panning for gold.
From Wikipedia  Downieville was settled in late 1849 during the California Gold Rush and was first known as "The Forks" for its geographical location and shortly thereafter was renamed after Major William Downie (1820-1893), a Scotsman who led the expedition up the North Fork of the Yuba River and who was the town's first mayor. Major Downie's travels are documented in his 1893 autobiography, "Hunting for Gold." Downieville reached a peak population of over 5,000 people in 1851 but declined sharply by 1865. Downieville is situated at the confluence of the Downie River and North Fork of the Yuba River.  In July 1851 Downieville gained a distinction it may not have wanted when a mob lynched a Mexican woman, known as Juanita, for the murder of a white miner. It remains the only lynching of a pregnant female in California history.
c 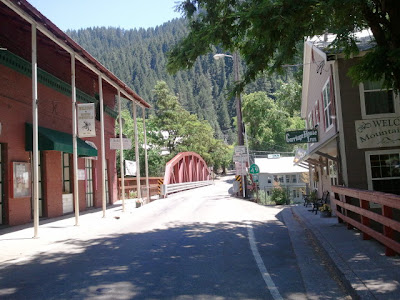 You never can tell what you might see there 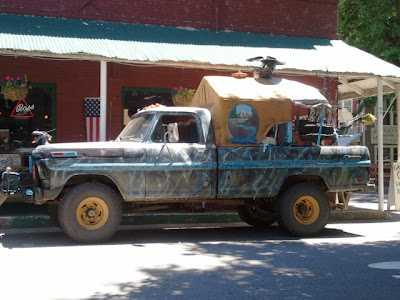 The river runs through it 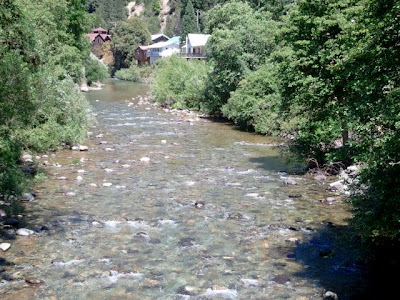 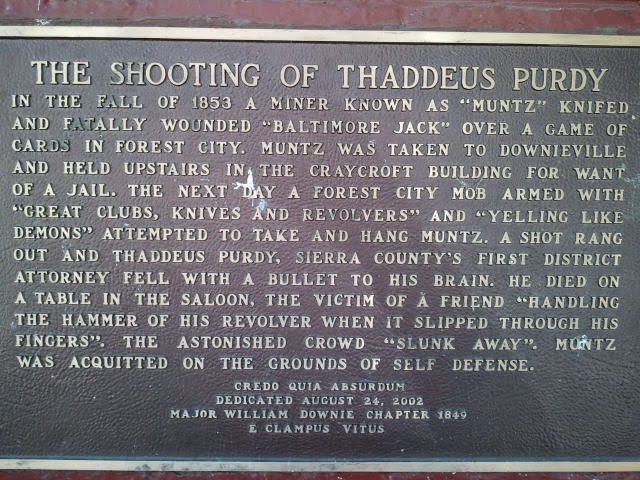 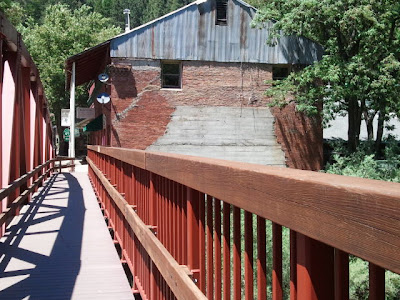 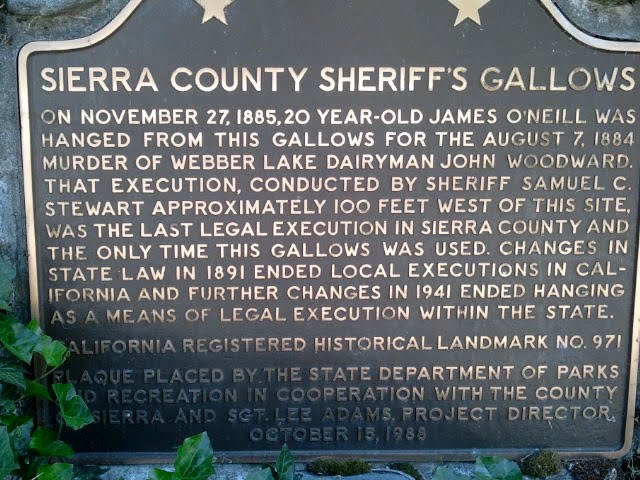 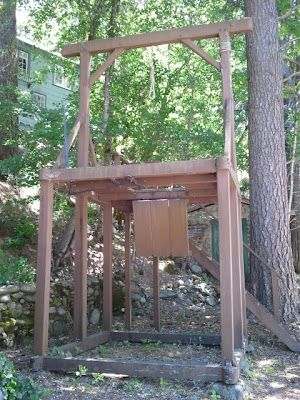 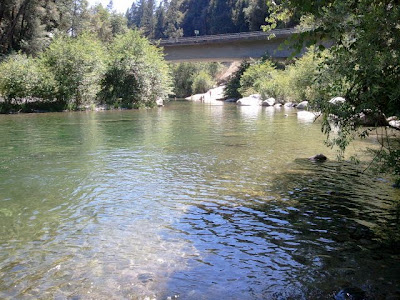 Another stop at our favorite swimming hole on the South Fort of the Yuba River.
The rivers and creeks in these mountains are always crystal clear. 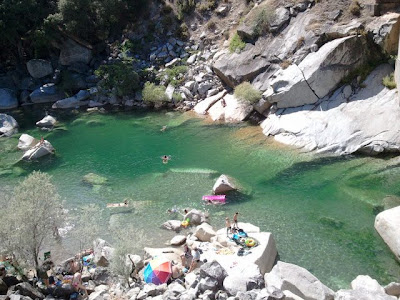 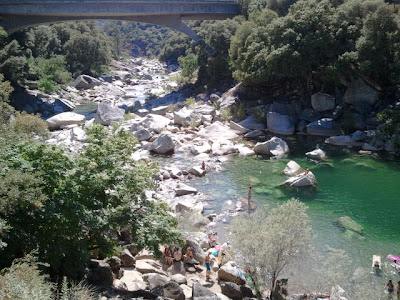 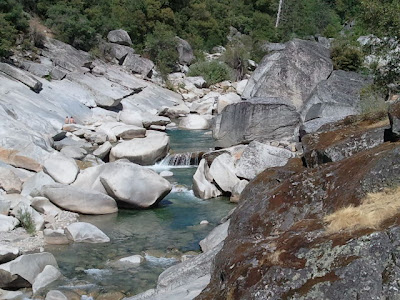 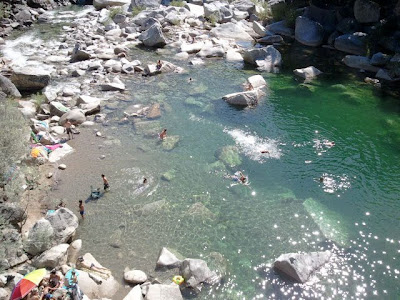 Standing on the old bridge looking down stream and the new bridge. 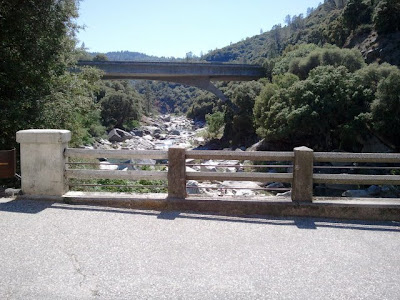 I have driven over this bridge many times and now the beautiful old bridge is only for walking, I'm glad they didn't take it down.  It's very narrow and if a log truck was going over the bridge the cars would wait for their turn. 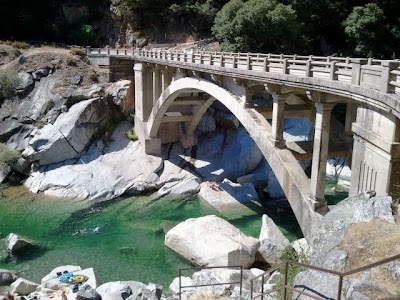 Safe travels to all and thanks for stopping by