Well we made it home all in one piece along with new tires for the truck and trailer, I'm certainly glad that chore is done.  When did tires get so expensive any way?


June 17th was Joe's Birthday, we celebrated by going to dinner at Anthony's in Olympia,
not to shabby for an old duffer, eh? 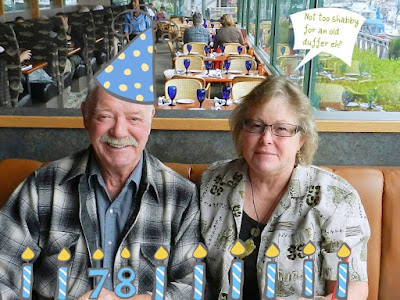 Everything at the old homestead looks like it survived the winter, I was worried that our maple tree out front might have lost some branches during one of the snow storms, but it looks as beautiful as ever. 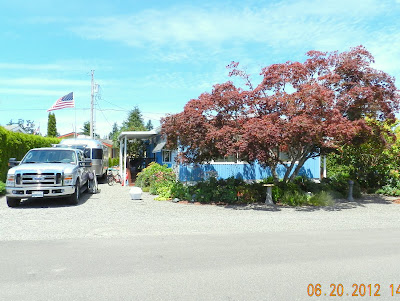 Our neighbors that stayed the winter said this was the worst winter they had ever seen with snow, ice, wind, rain and power out for four days.  Wow, I would have hated to be gone and they had a mild winter, it's always good to hear that it was cold here, that is as long as we are where it's warm.  The flowers and even the blueberry bushes are looking good.  We transplanted three from our place in Everett and then there were already three bushes here.  Looks like I'll be busy making jam as soon as they are ripe. 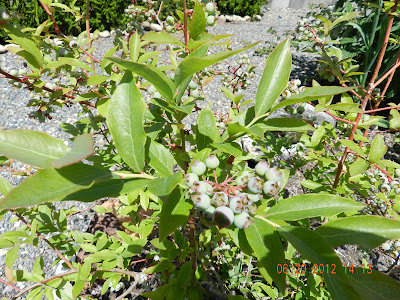 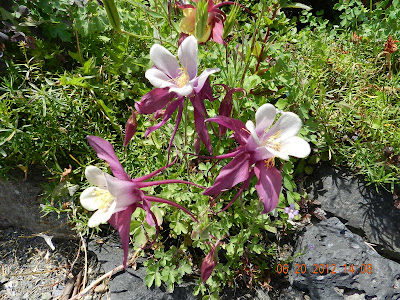 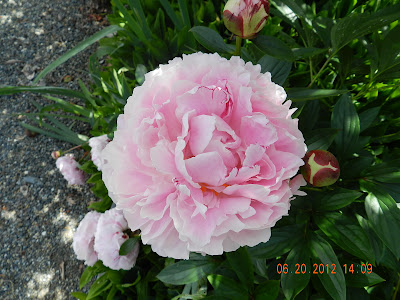 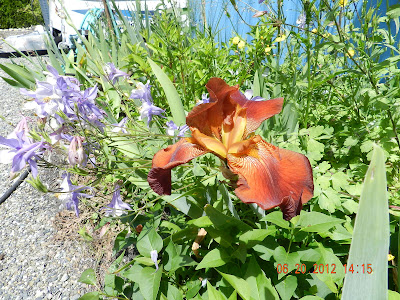 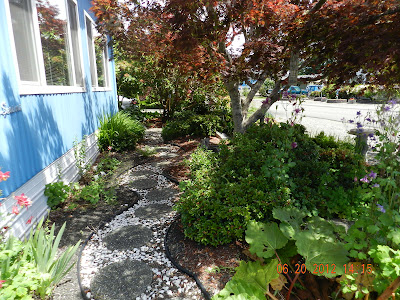 We have been busy with doctor appointments, and an x-ray for my little toe.  I had stubbed my little toe hard enough that I had swelling and black & blue up into my foot while we were in Yuma and I was not able to get my shoe on for a week.  Just as it was healing, finally, we were home only for one day and I stubbed the same toe on the bed frame.  It swelled up again and turned all sorts of colors again and this time it hurt clear up to my ankle.  I don't know how I manage to do these things, I think I am getting very clumsily, anyway I already had an appointment with my podiatrist, he took one look at it and sent me for an x-ray.  I didn't plan on making this a long story, it just happened.  Anyway my toe is not broken, just pulled ligaments.  That's what I had figured, I doubt that I would have made an appointment to look at my toe, they always seem to get better eventually, besides what do you do if you have a broken little toe?

This morning we went out to breakfast with the "Wednesday Breakfast Group" from our park, we had not seen them since last fall.  At first I was not going to go because my doctor has me on a very strict diet because my gall bladder is"sluggish" and acting up, but they talked me into it.  I didn't even look at the menu because I'm sure I would have found something good and gooey so I just ordered two scrambled eggs and dry toast. Luckily it was good and we all had so much to talk about that I didn't miss the butter or jelly.

Today was Buddy's check up, he will be 9 years old October 5th.  He has a few issues, a heart murmur and very bad ear infections.  He has been on antibiotics and Rimadyl for a year now other than that he is in excellent health except he is up to 34.4 lbs and he needs to get back to 32.0 lbs.  I mentioned to the doc that he should probably have his teeth cleaned, but she didn't want to give him anesthesia because of his heart murmur, and his teeth are not real bad so she said give him some frozen green beans now and then.  Well we can do that, it's a lot cheaper and he likes green beans.  The crunching on the frozen beans will help clean the tarter and is good for the gums.  We tried it and he liked it.  To all you dog lovers remember to never give your darling pets grapes, raisins, onion, lettuce, or apple seeds.  I think there is one other thing but I can't think of it now.

That's it for now, thanks for stopping by and be safe.

Posted by Joe and Nancy Conrad at 3:36 PM