The secenery on the way to Prince Rupert was stunning, many water falls and the road mainly followed the Skeena River. 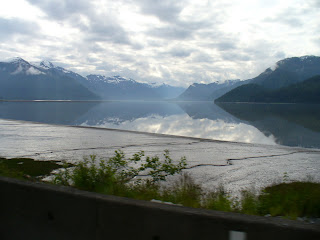 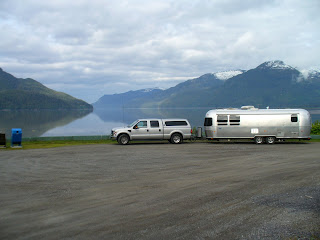 We have been told that Prince Rupert gets about 7 days of sun a year.  While we were there they had about 3 days of sun and the other days were just a little overcast.  We stayed in Kinnikinnick Campground which is actually in Port Edward, about three miles east of Prince Rupert.  Port Edward was famous for 200 canneries operating during the boom of the fishing industry.  Now it is The North Pacific Historic Fishing Village and is a National Historic Site.  The main canery building now has antique belt-driven equipment.

Crossing the bridge from Port Edward to Prince Rupert 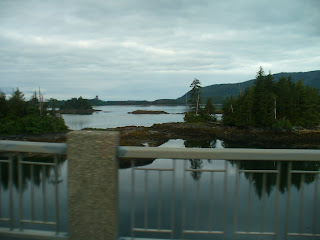 We were here for five days so some folks could take a side trip to Haida Gwaii which was about a six hr ferry ride.  AKA Charolette Island.  We did not go there, but others did and they had a good interesting time.

On the way to Prince Rupert was a shoe tree.  This was a big cedar tree and people and families have nailed their shoes to the tree.  Not sure of the significance of this.  I've seen trees where people have tied their shoes together and then threw them up over a branch, but these look like they are nailed to the tree, and some look like they are shoes from a family.  Anyway I thought it was kind of funny. 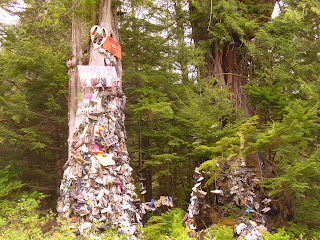 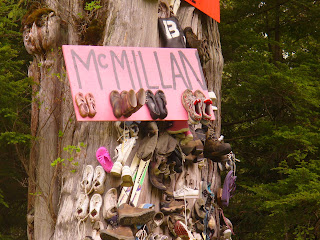 While in Prince Rupert they had their annual Fish Festival with a fantastic parade.  Everyone for 200 miles around was either in the parade, watching the parade, or selling food.  I love these kind of small town parades. 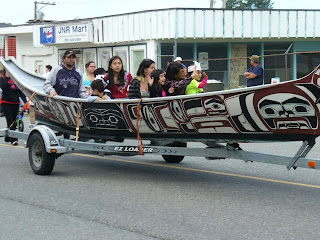 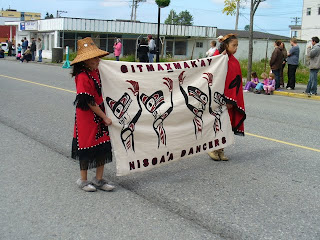 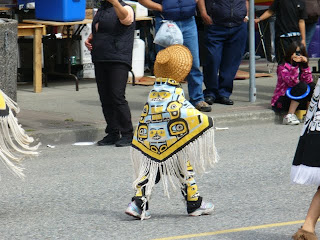 Prince Rupert's main tourist area, Cow Bay, is cute, quaint and on the waterfront close to downtown.  Many places were decorated with cows.   Click on the picture below to see a larger picture and you can read the history of Cow Bay. 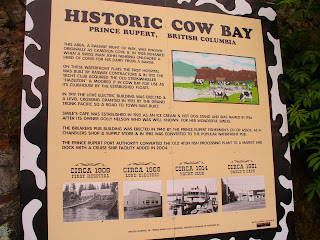 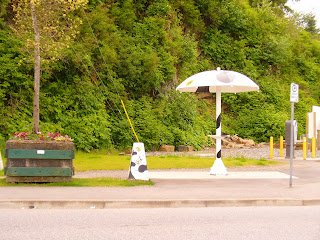 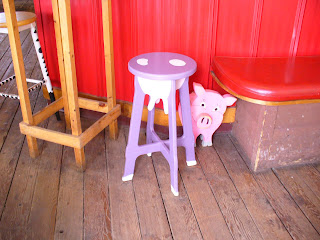 Notice the stool with udder 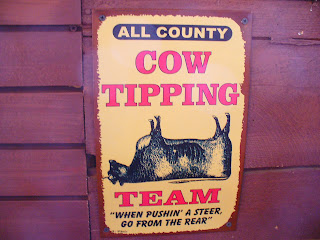 Safe Travels to all
Posted by Joe and Nancy Conrad at 4:40 PM