Today we left New York and the Finger Lakes Area  but first a stop at the Corning Glass Museum in Corning, NY.  I had no idea this was such a beautiful glass museum, every piece was ooh and aah, just breathtakingly beautiful.  We only had a few hours to spend there, had no idea it was such a large museum.  When we bought our tickets we were told they are good for two days, you certainly would need two days if you really wanted to see everything. 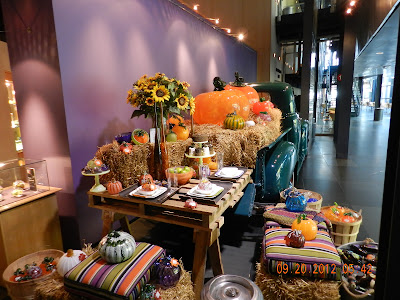 Leaving New York and the Finger Lakes area.  The trees in the higher, colder elevations were just starting to turn into their fall colors.  For us to really see some color we would need to stay for another one or two weeks.
But the farms were nice to look at. 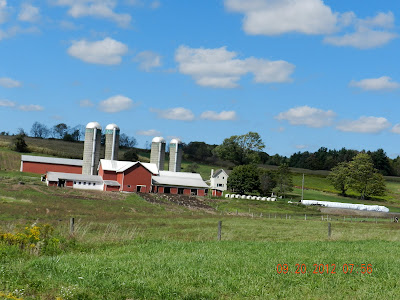 Next stop is the Grand Canyon of Pennsylvania, sounds kinda cool, so we thought we would go there for a couple of nights. 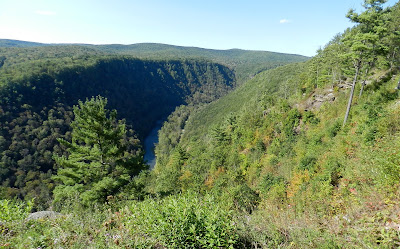 This is their grand canyon.  I guess we were thinking more grand and more canyon.  But a very beautiful area.  This was only about 65 miles south of where we stayed in Watkins Glen, so we so the sights and decided to stay just one night. 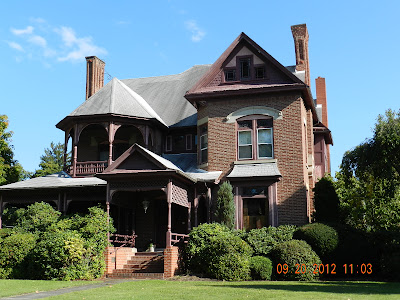 The town of Wellsboro was really cute 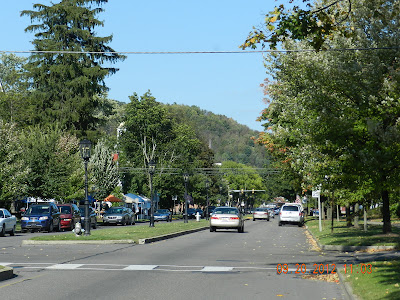 Main St coming into town, if you look real close you can barely make out some tents about a half a block up/  When we got up there it was a little farmers market. Found a parking space and we were there 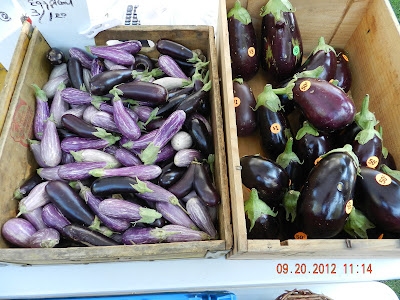 These are various kinds of eggplant, we bought some of the small ones on the right and grilled them on the BBQ with a little olive oil.  They were delicious. 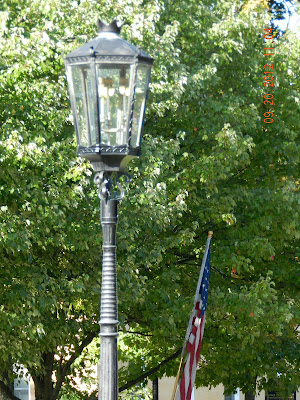 The grass divider strip was lined with working glass lights.  We didn't see them at night but in the morning when we left at 7:00 am it was still dark enough to see them.  Quite a site to see. 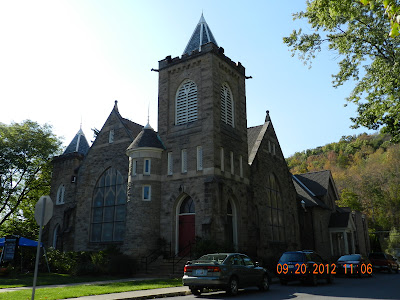 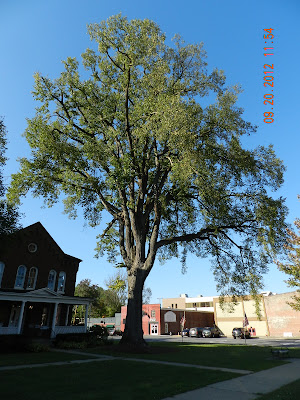 Next, on to Rising Sun Maryland which is where Joe's sister lives.  We were here last spring, so I probably won't go into a lot of pictures.

Be safe, and have a blessed day.

Nancy
Posted by Joe and Nancy Conrad at 3:02 PM

Email ThisBlogThis!Share to TwitterShare to FacebookShare to Pinterest
Labels: Pennsylvania