A play: The Drawer Boy

Last day in Amana, slept in and then did the tourist thing, only bought two things; a new hat for me, pictures later, and two very, very nice knives. 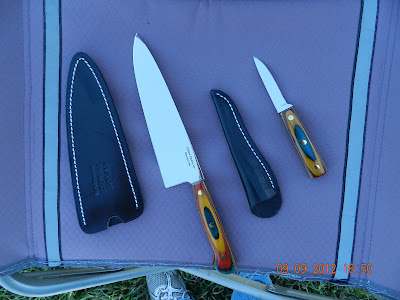 Amana has two theatre groups, we went to the Iowa Theatre Artists Company and saw "The Drawer Boy, by Michael Healey.  This was an extremely funny, serious and emotional play, at least it was for me.  The actors were superb.  The play takes place in the 1960's about two older farmers and a young kid that comes to their farm and ends up staying with them so he can learn about farming and then right a play about farming.  The play originally premiered in 1999 in Muraille, Toronto.  If in your travels you ever hear of it, "The Drawer Boy", it is well worth the time to see it.  Of course we were not allowed to take pictures but I did get a picture before the play started.  The theatre is a small intimate 99 seat play house and was lot of fun. 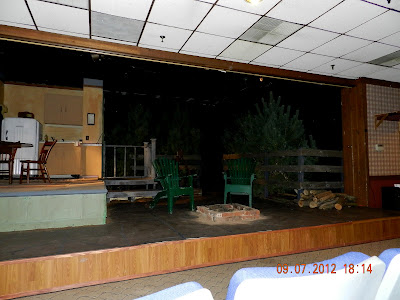 Be safe and have a blessed day, thanks for stopping by.

Nancy
Posted by Joe and Nancy Conrad at 6:59 PM