Hiding out for awhile

We are going to hide out here until after the holiday, and wow what a great place this is.  A small lake, but plenty big enough to water ski on it and still fish on one end.. Huge cottonwood trees so it's well shaded.  We were lucky to get in here as we were on a waiting list for 3 nights, but it all worked out. 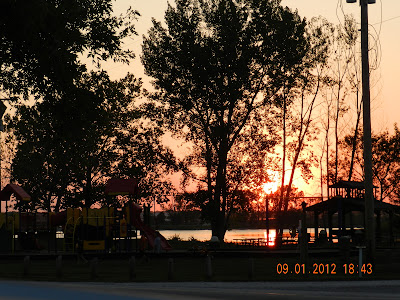 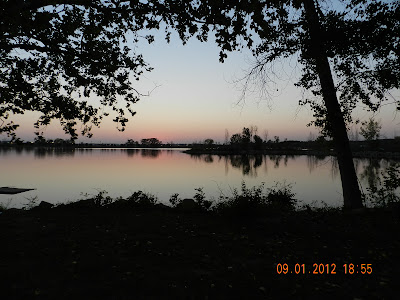 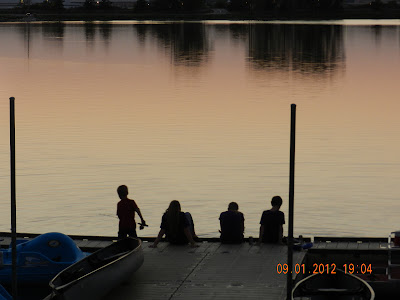 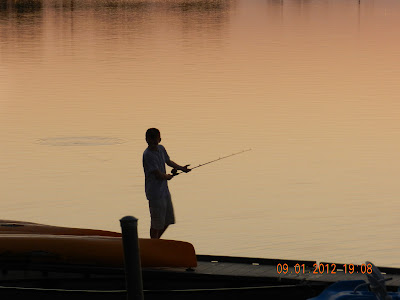 Before we left home Joe and I had eye exams and we both needed to upgrade out glasses.  We went to Costco like we always do and asked if the glasses could be shipped to another Costco.  No!  So we thought we would just order then when we go to Lancaster, PA.  Somewhere along our travels I called the Costco in Omaha, NE and they said yes they could ship them for an additional $15.00.  We found the Costco here in Omaha and was informed that no, they could not ship them to another Costco, but it would be no problem to ship them to a home address for $15.00.  Well that certainly is doable, got everything taken care of and only one $15.00 charge to send them to Joe's sister Ellen in Rising Sun, MD.  I sure hope this works out ok because we have to be in Rehoboth Beach State Park in Delaware by Oct 2nd which is only 103 miles from Ellen's house.  I will keep you posted of the ongoing saga of the Costco ordering ordeal.

On our way to Costco, about 15 miles away there was a lot of Hwy signage to understand and  navigate. There is the 370, 75, 480, 80, 680 and then get off at the right place.   Highways were everywhere, lanes were coming and going,  and I must say very unique on how they shuffle traffic around.  They just elevate the highway and have another highway  underneath and then you could get to one or the other now and then and then pick the right off ramp.  It seemed to all work out quite well.  Seattle and the whole Puget Sound could learn a lesson on how to move traffic around a little more efficient.


One day, we ventured over to the Air Force Museum about 25 miles south.
Isn't this a beautiful entrance? 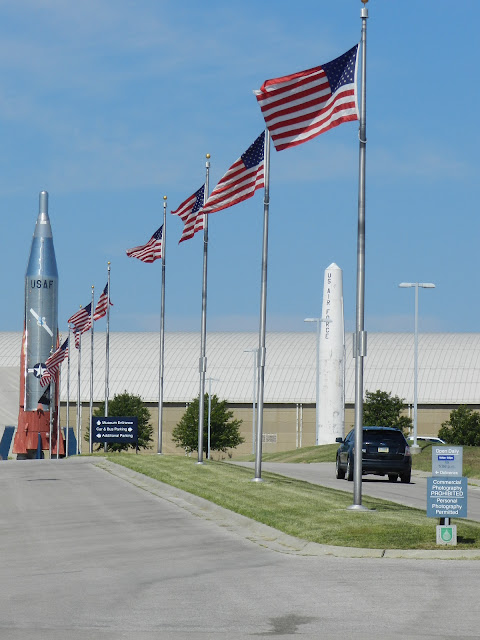 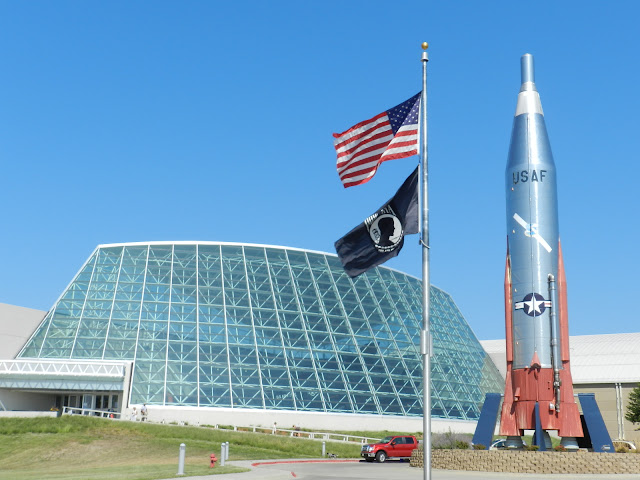 The SR-71
When we lived in Grass Valley, Northern California, the SR71 was stationed at Beale AFB
about 50 miles west of us.
When the SR71 flew overhead it seamed like everyone stopped to watch it
for as far as they could, It disappeared pretty fast 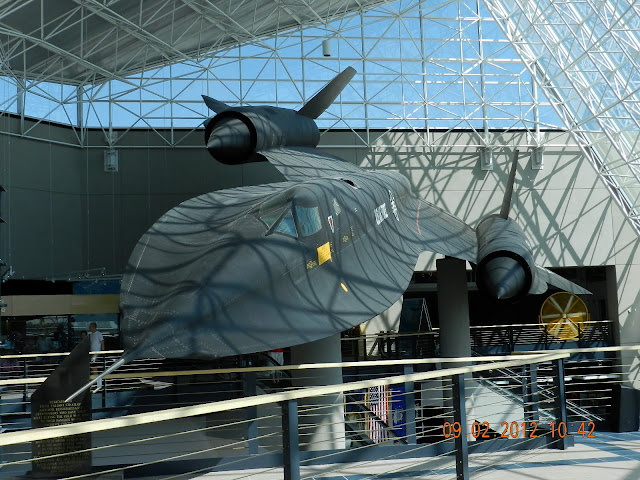 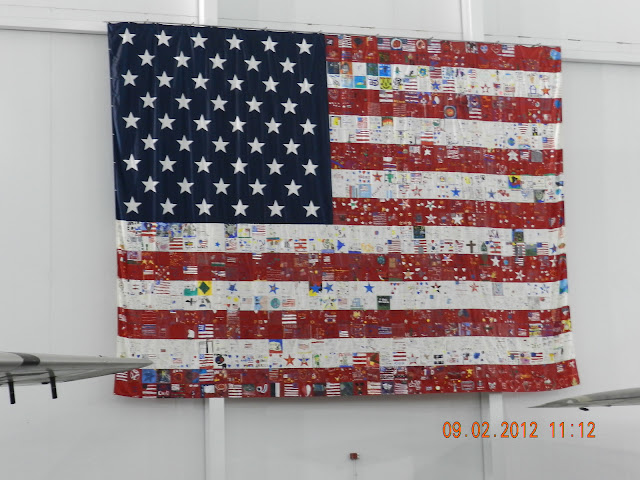 This is a tanker that refuels fighter aircraft,  the square window just to the left of that kid with the blue shirt is where the person sat and operated the boom and gets it all lined up
while they are both going pretty darn fast
(And I thought I had challenges getting to Costco) 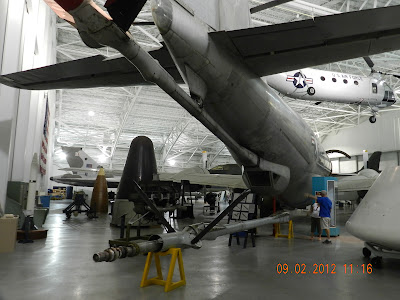 That's about it for the first couple of days here.  Oh, I forgot to tell you it's still hot and muggy, but we're not going to talk about it anymore.  Maybe it will just go away.

Have a blessed day, drive safely, thanks for stopping by.

Nancy
Posted by Joe and Nancy Conrad at 3:41 PM