Lots of pictures and a glimpse over the last week.

This is a new area for us, about 10 miles south of New Orleans in Belle Chase. The RV Park is new, open only about a year as is had been completely destroyed by Katrina. The base is a training base, therefore the Fighter Jets are very loud doing "touch and go" and circling around the base , but I don't mind; it's a great area for these fine men and women to get all the training they need.  One thing that most people don't realize is that every morning when the National Anthem is played over the loud speaker everyone comes to a stop and stands at attention.  All cars stop, if you are outside walking the dog, you stop, if you are sitting outside you stand up at attention without talking.  This also happens in the evening when they play taps.  It's quite hart-warming to see everyone come to a stop and come to attention.

This is Super Bowl Weekend and all the Mardi Gras festivities are also going on.  We gathered up our courage and headed for New Orleans.  It wasn't too bad, we drove to the ferry dock and took the ferry over to Canal Street, then the Street Car to the French District.  Here they are called Street Cars, not Trolleys and with a map it was easy to get around.

We went into New Orleans by ferry two times and to one parade while here. 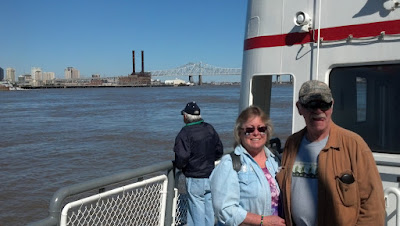 We were on the West Bank and road the ferry across the Mississippi River. 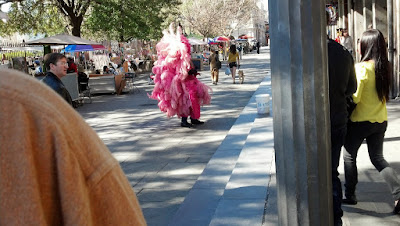 Jackson Square is to the right and the Cafe du Monde is behind me.  This pink fellow turned as I took the picture and I didn't have a dollar to give him for a front picture. 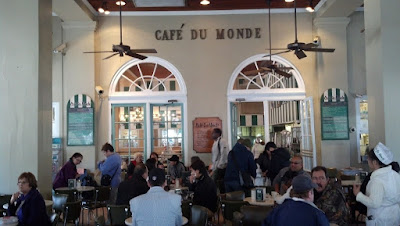 The original coffee house in the French Quarters Market from the mid 1800's.  Of course we stopped and had our coffee and beignets. They were hot and delicious. 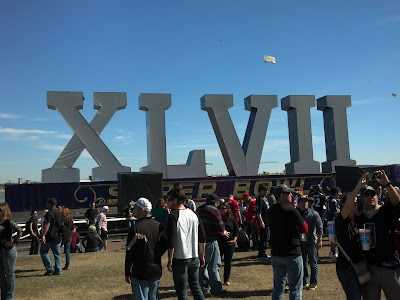 The numbers arrived by barge down the Mississippi River 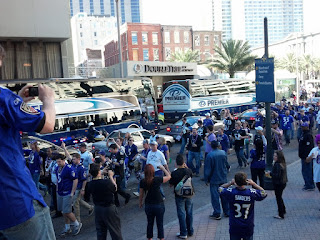 About 5,000 Raven Fans had a march down the street stopping all traffic, the crowd became wider and wider and louder and louder and went on for about 25 minutes.  The police didn't try to stop it they were just present on motorcycles and horses.  I think everything was peaceful, we stood on the steps to Harrah's to watch everything. 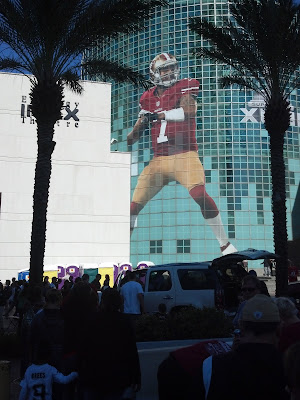 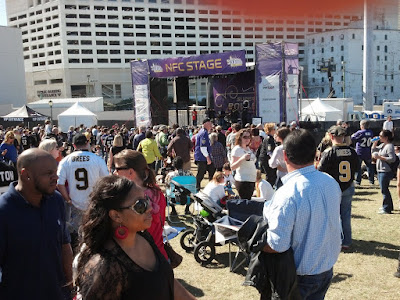 Lots going on every where, lots of stages and good music. 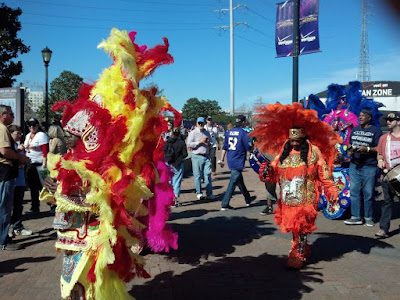 Mardi Gras Indians, a tradition since the beginning of Mardi Gras


Views of the Alli Krew Parade 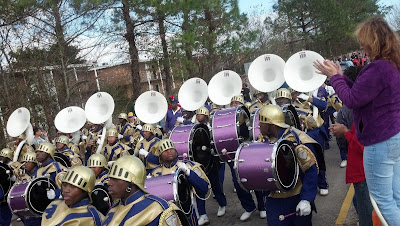 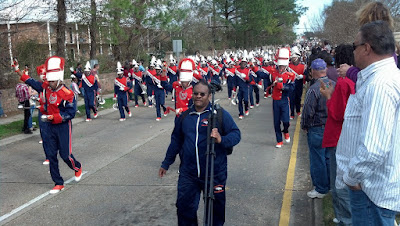 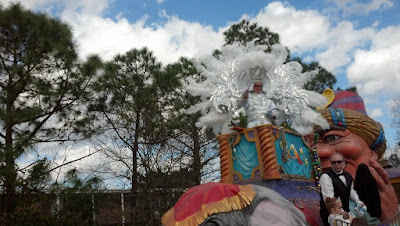 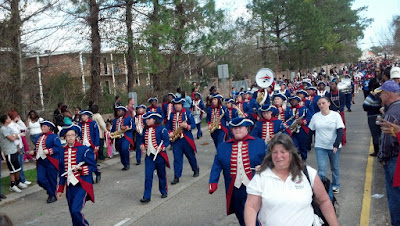 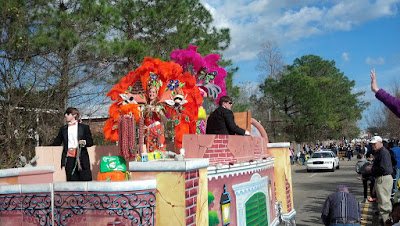 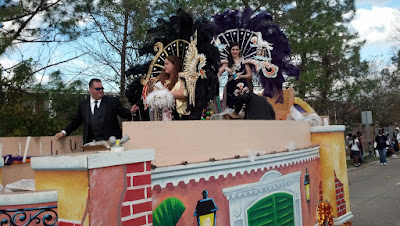 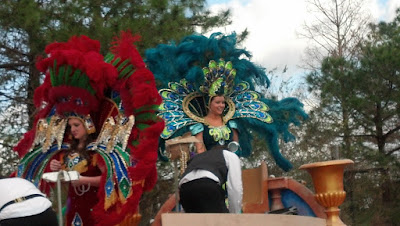 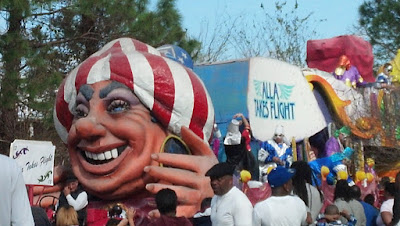 Way too many pictures (I only posted 1/10 of them) but this was the first time we have ever experienced all the organized craziness.
As we get closer to Fat Tuesday there are more and more parades.  Several had to be changed to a different day because of Super Bowl.

Tomorrow we move over to the RV park at the University of New Orleans, about 20 miles north right on the south shore of Lake Pontchartrain.  Here we will meet about 50 other Airstreamers for a Rally so we will be in the area for another week. We have many activities planned and I will try to post every day as to what we are doing.

Safe travels to everyone, have a great day.

Posted by Joe and Nancy Conrad at 3:05 PM