Gravel campground behind the Motel/Gas Station/Convenience store.  Good sites, very nice bathrooms.  Dawson Creek to Fort Nelson is 283 miles.  Normally we would not travel that far but the roads were good so we kept going.  The roads are better that what I thought they would be, at least at this point.

After leaving Dawson Creek we took a little side road where we were able to drive on the original Alaska Highway and to cross the curved wooden, Kiskatinaw River Bridge.  This 531 foot/162 m long structure is the only original timber bridge built along the Alaska Hiway that is still in use today. 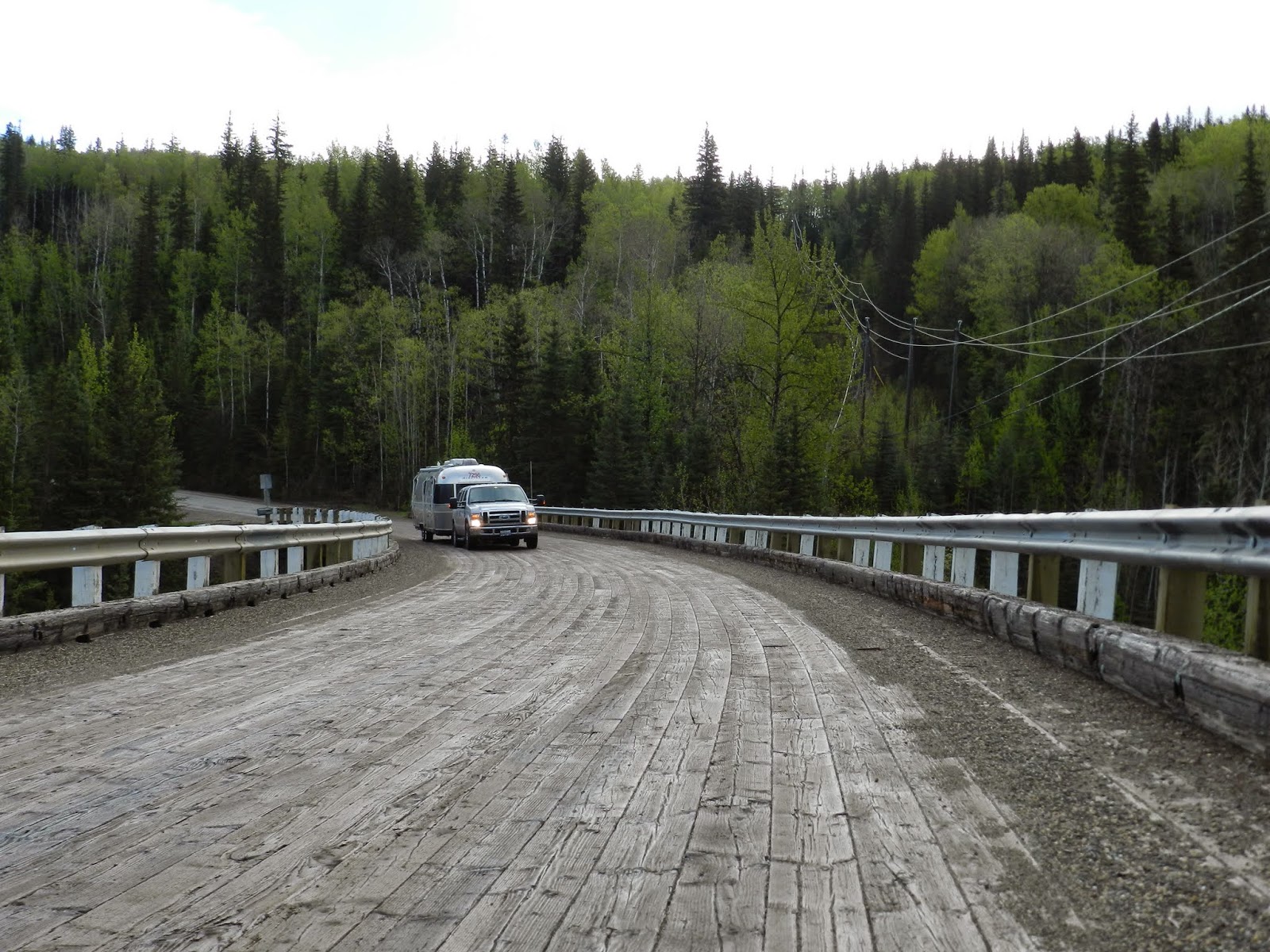 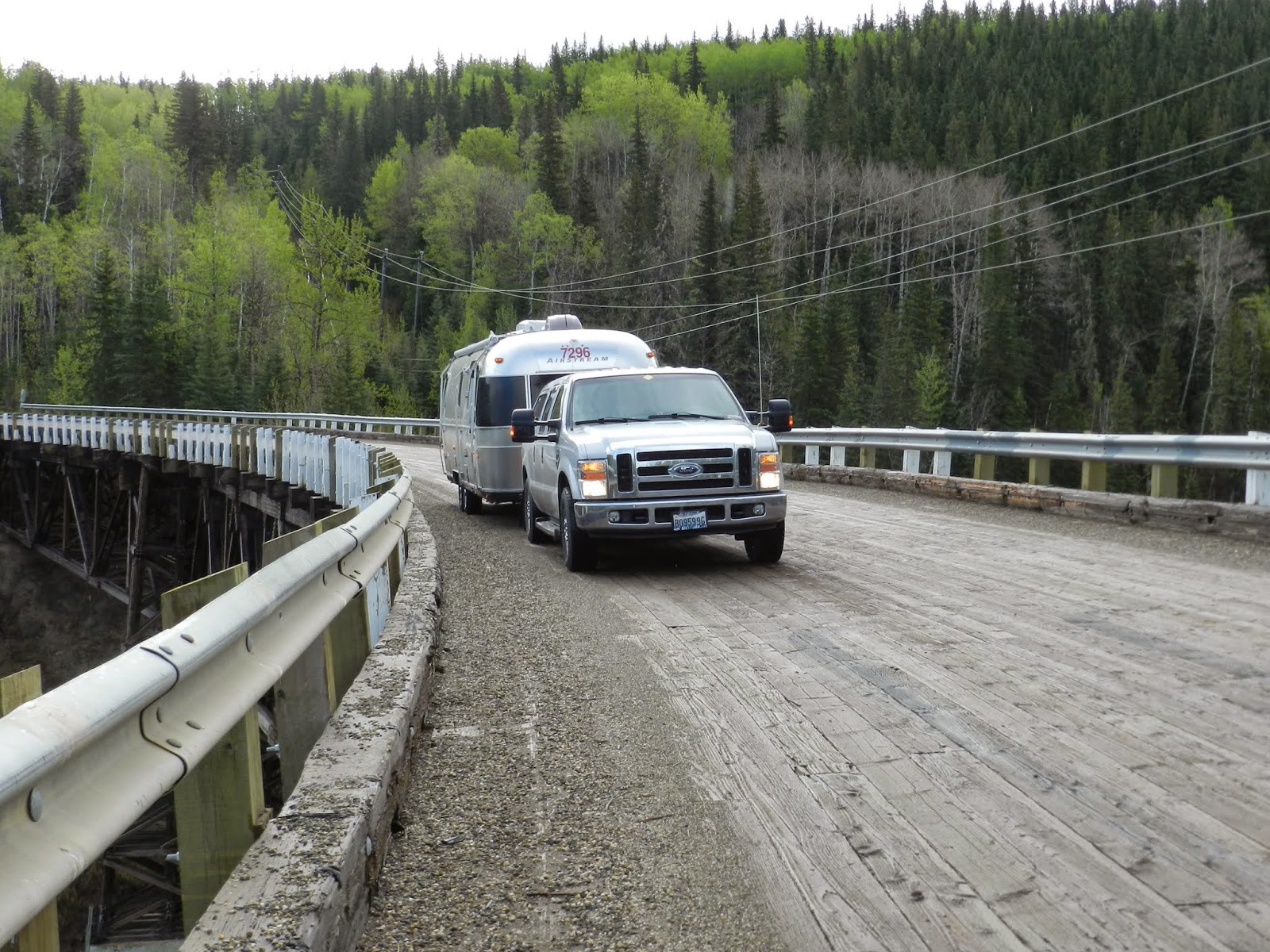 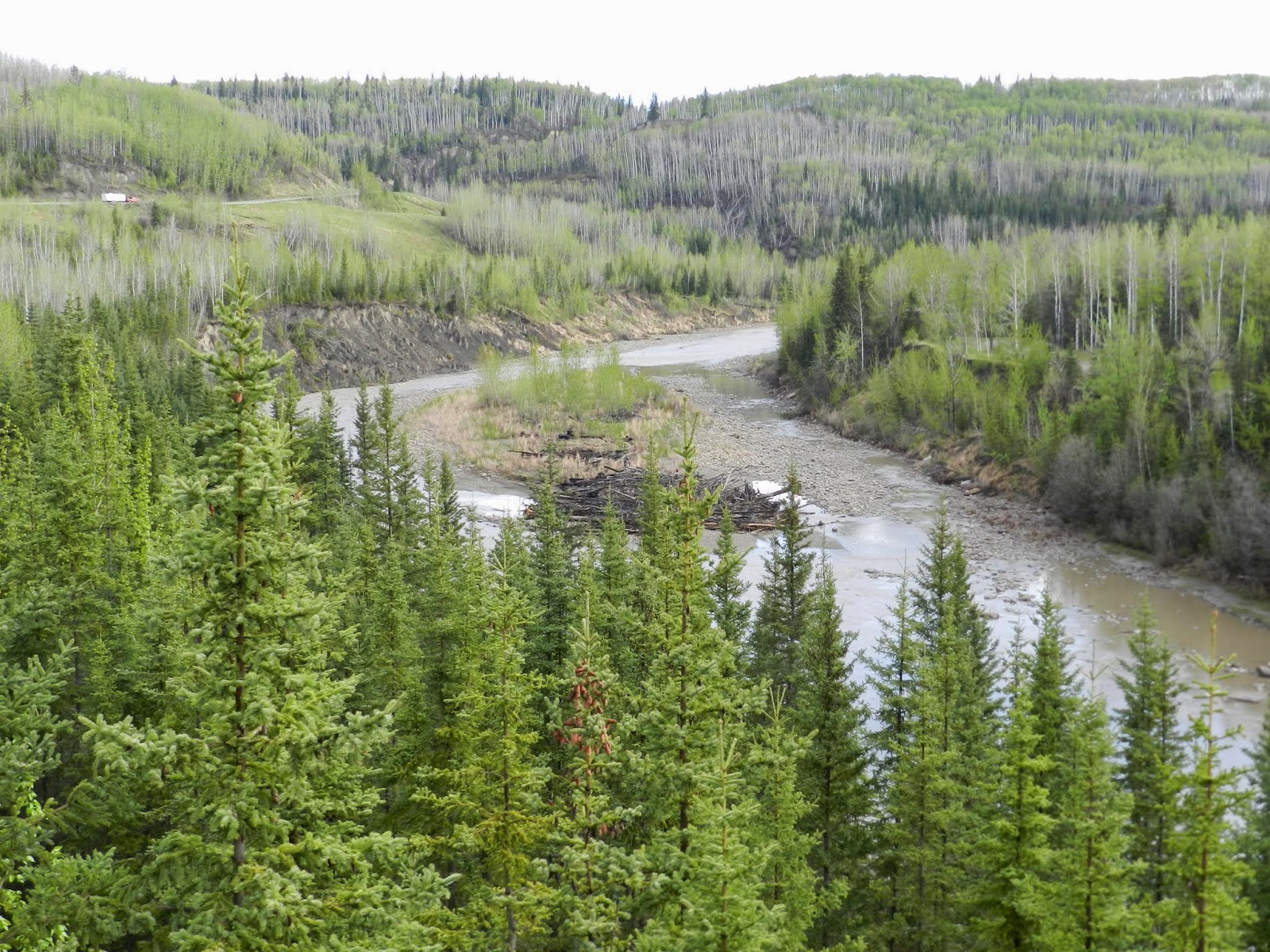 Looking down on the
Kiskatinaw River 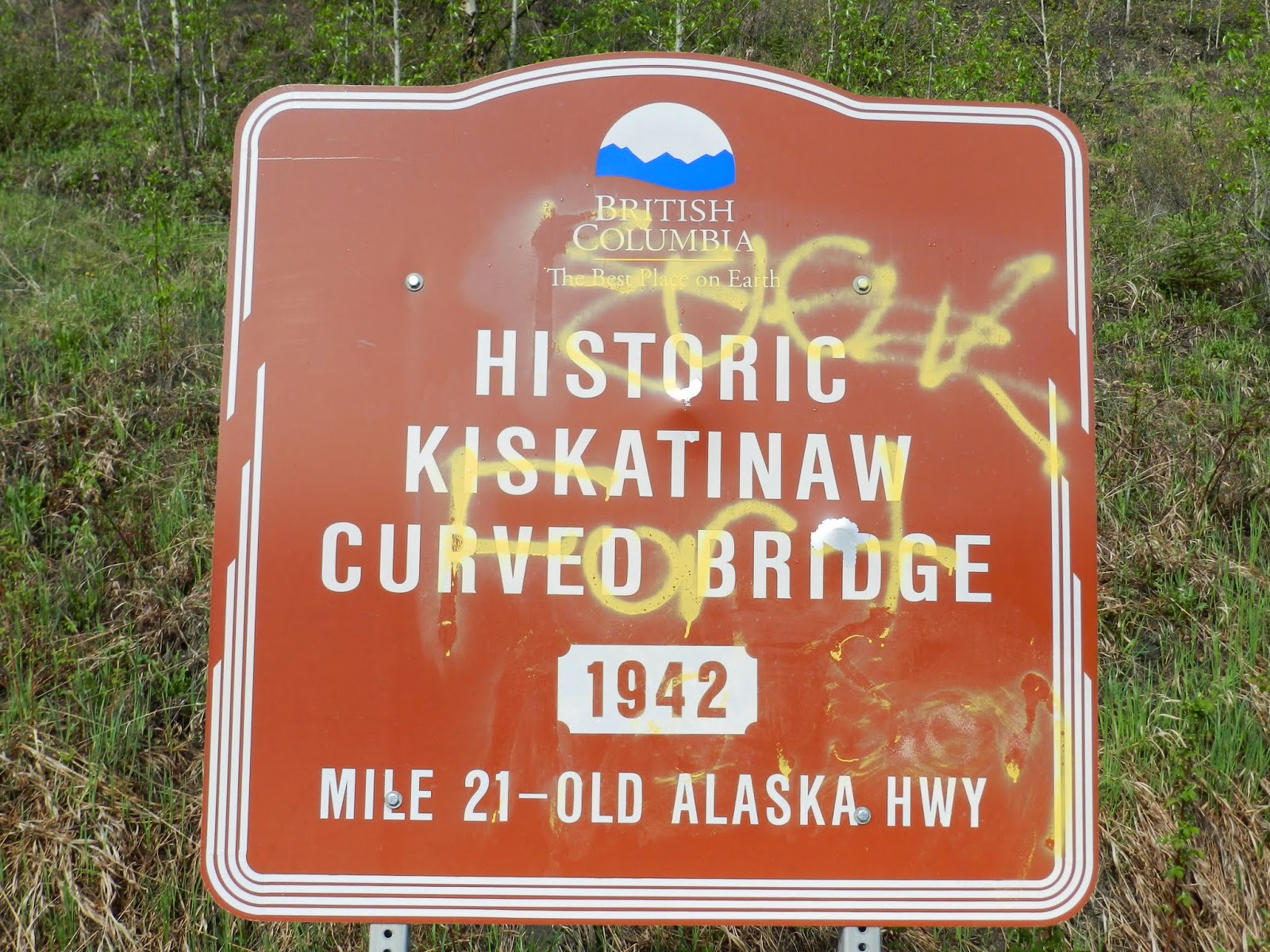 Such a shame that someone
had to tag this sign

This is the best shot I could get. Some interesting facts if you can enlarge or use a magnifying glass like I had too. 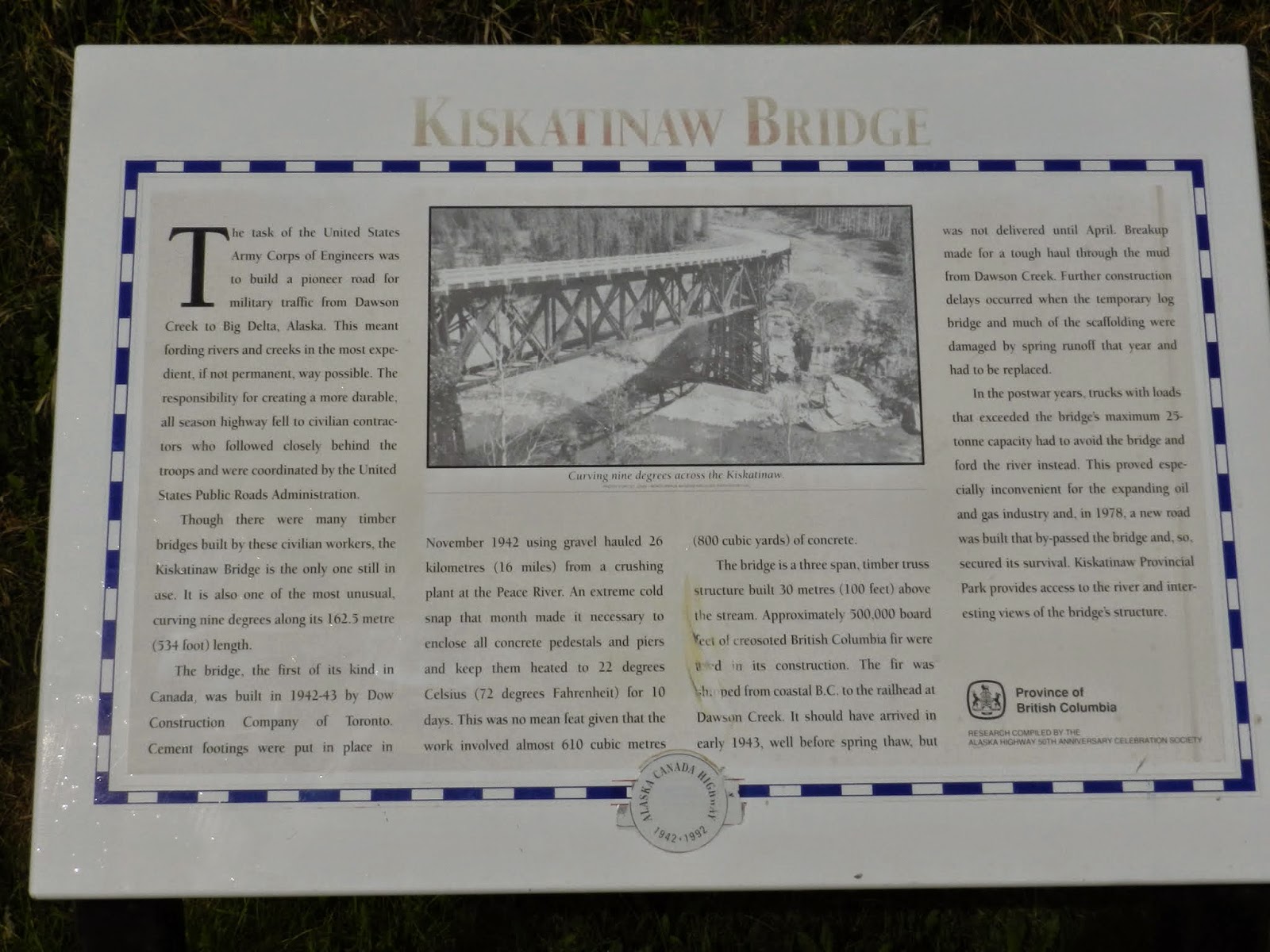 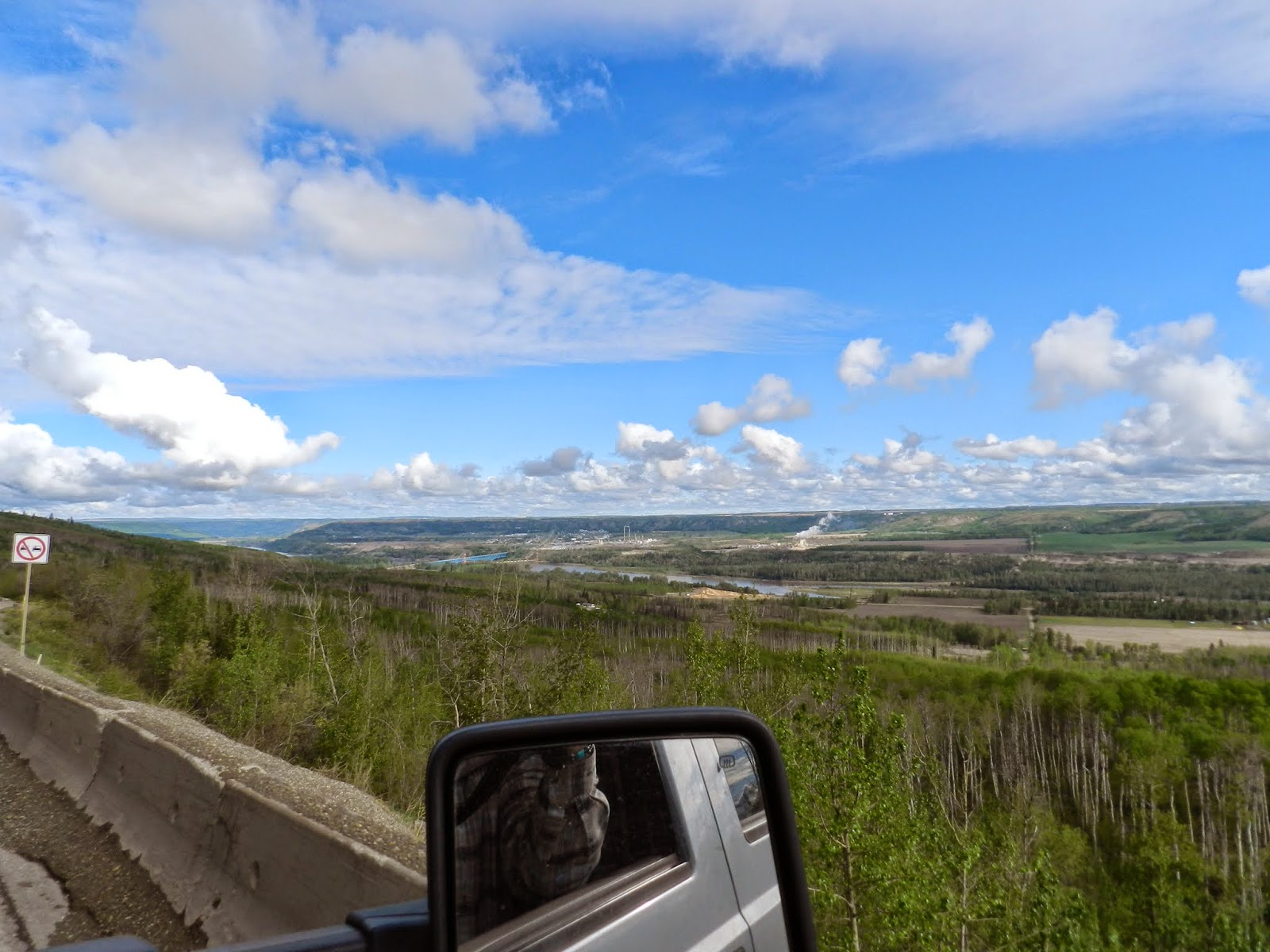 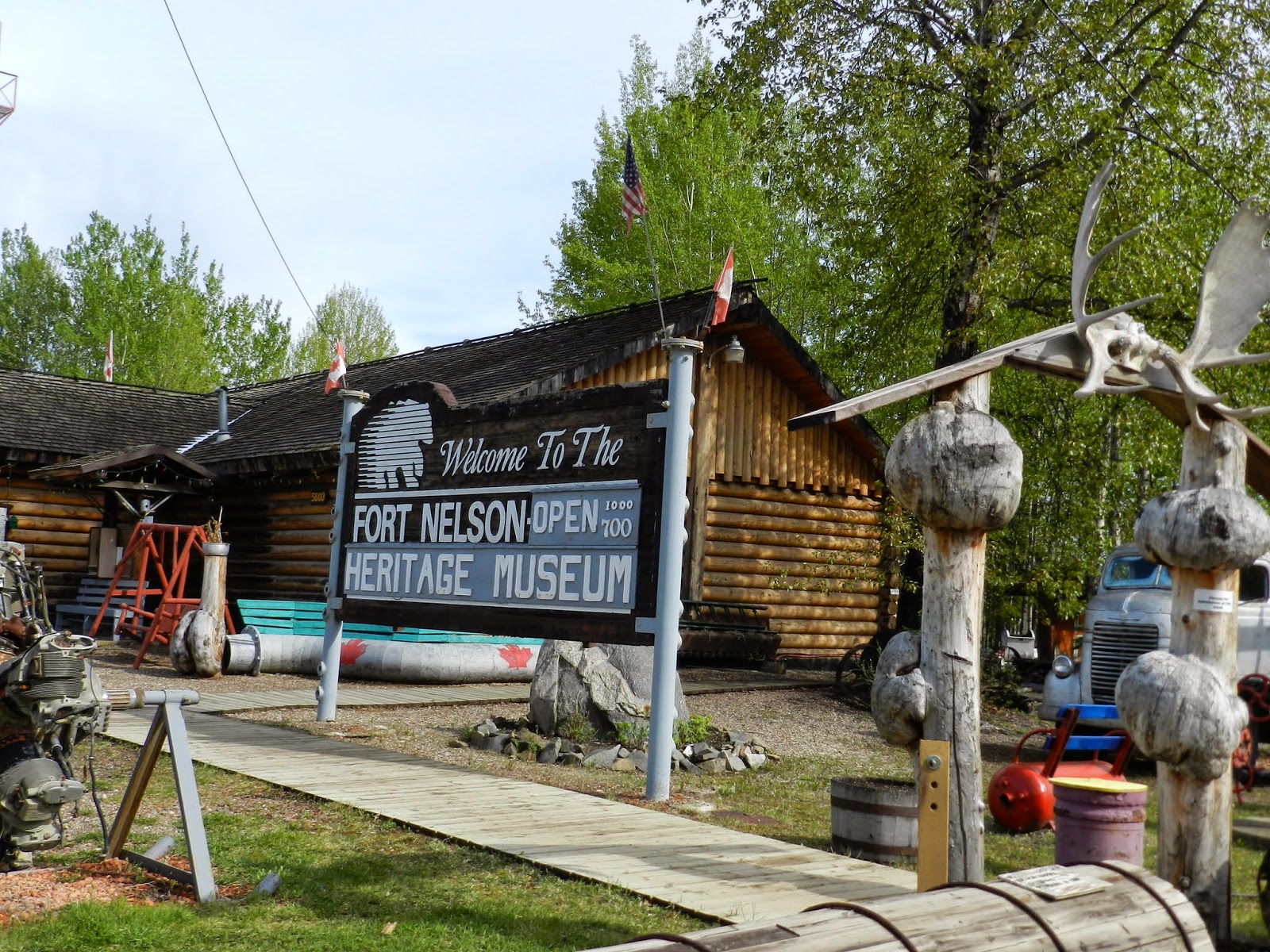 Many, many artifacts
at this museum 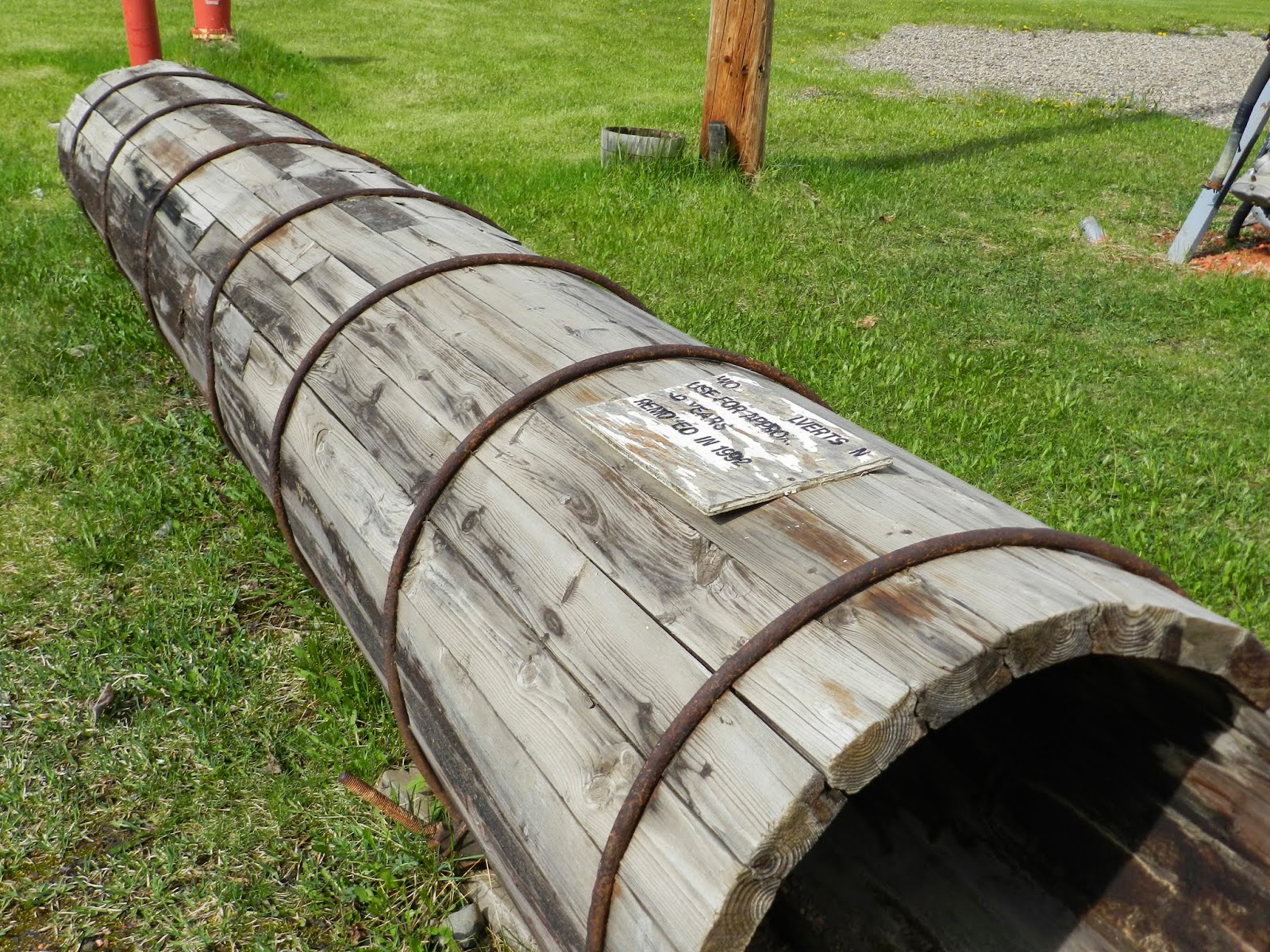 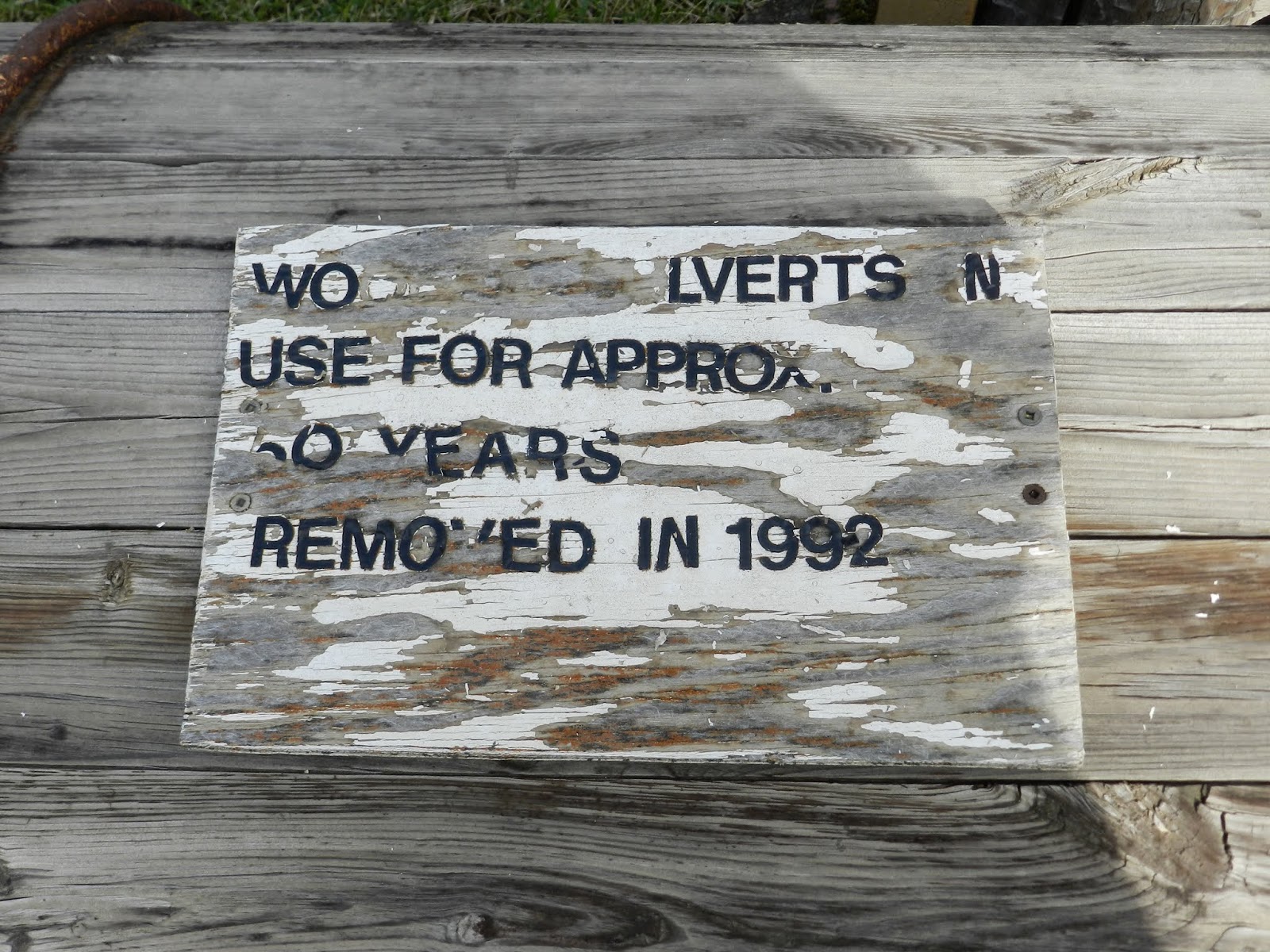 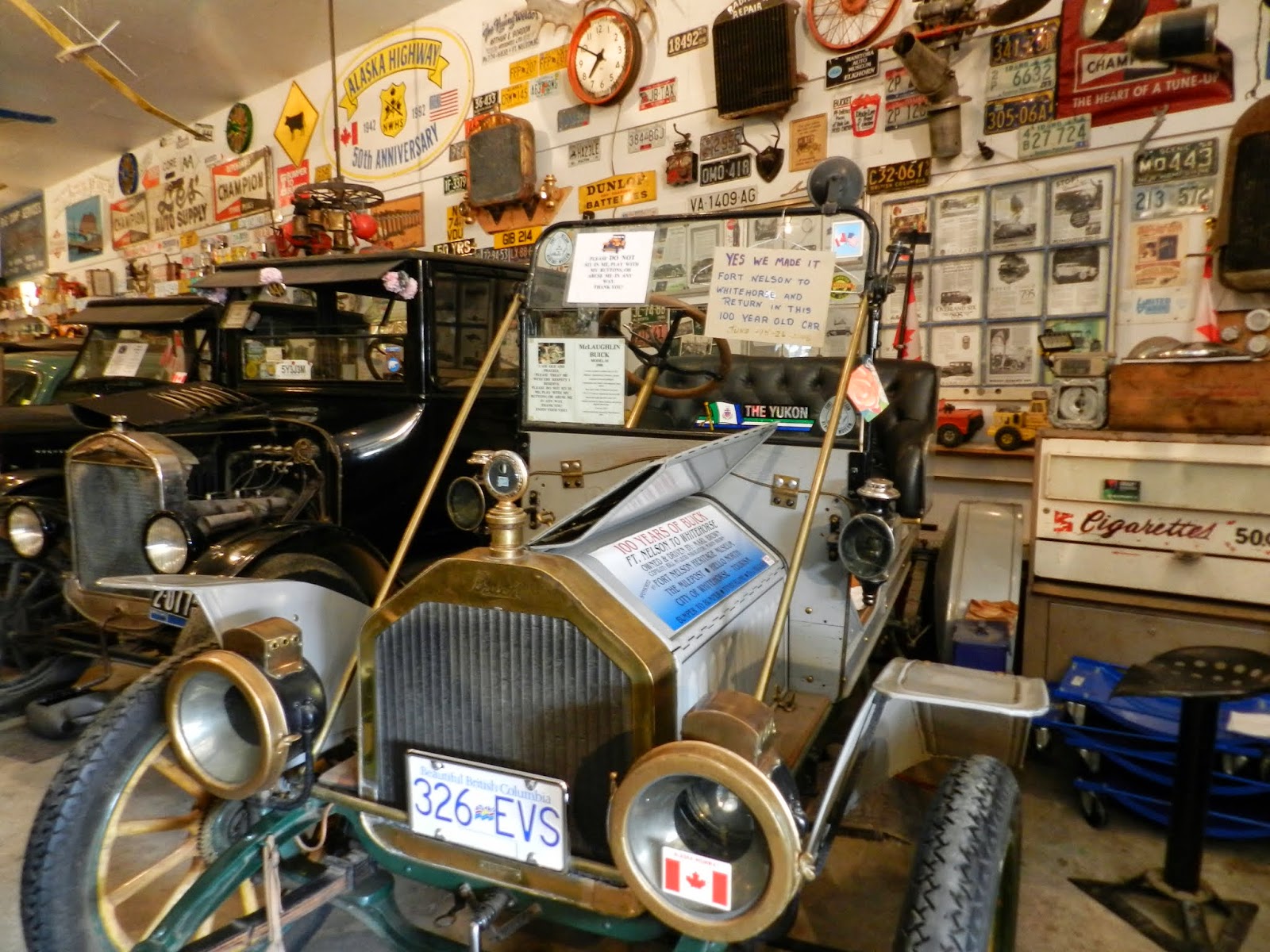 A very good display of
old cars and most of
them run. 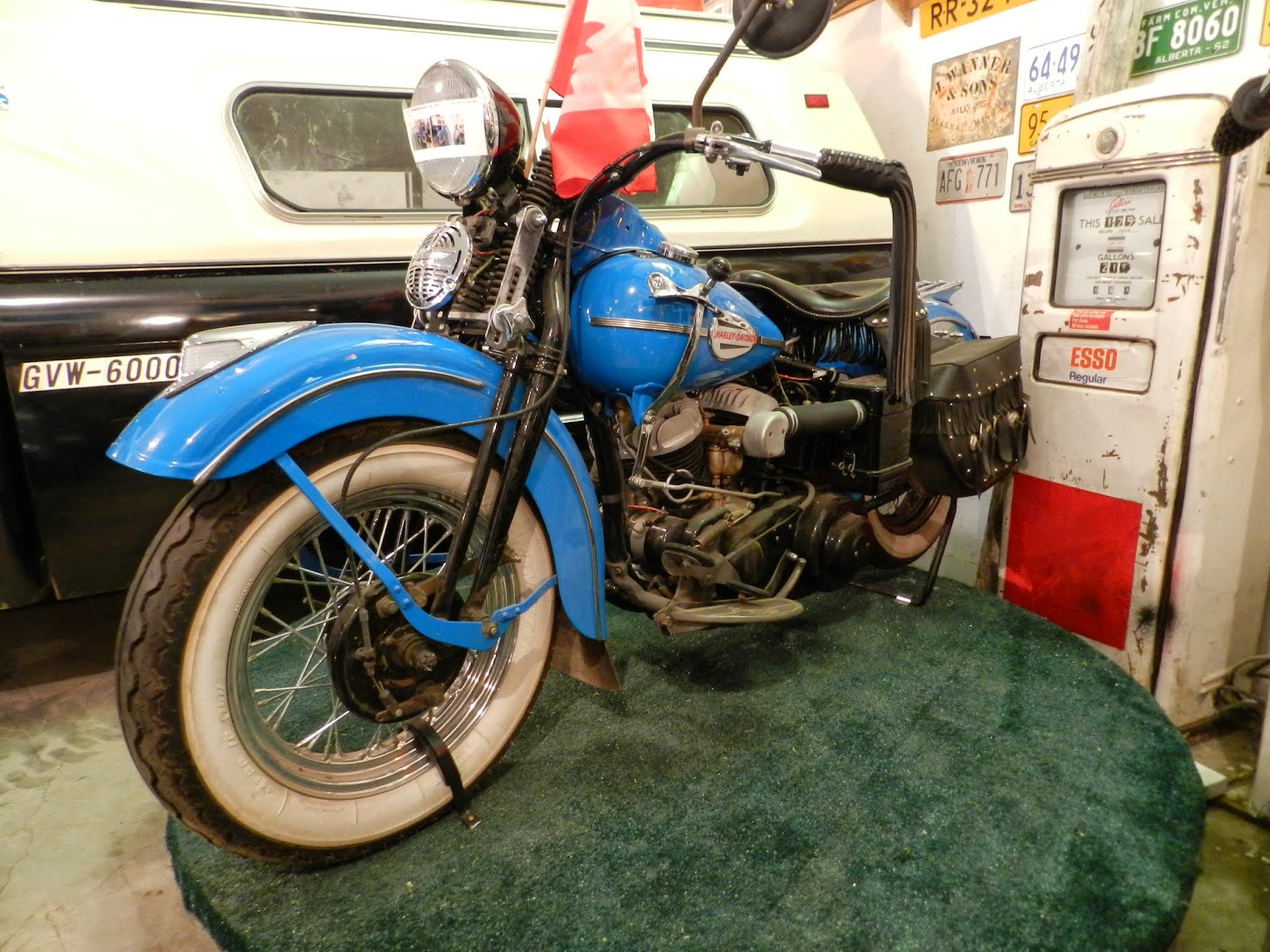 A Harley, no year on it. 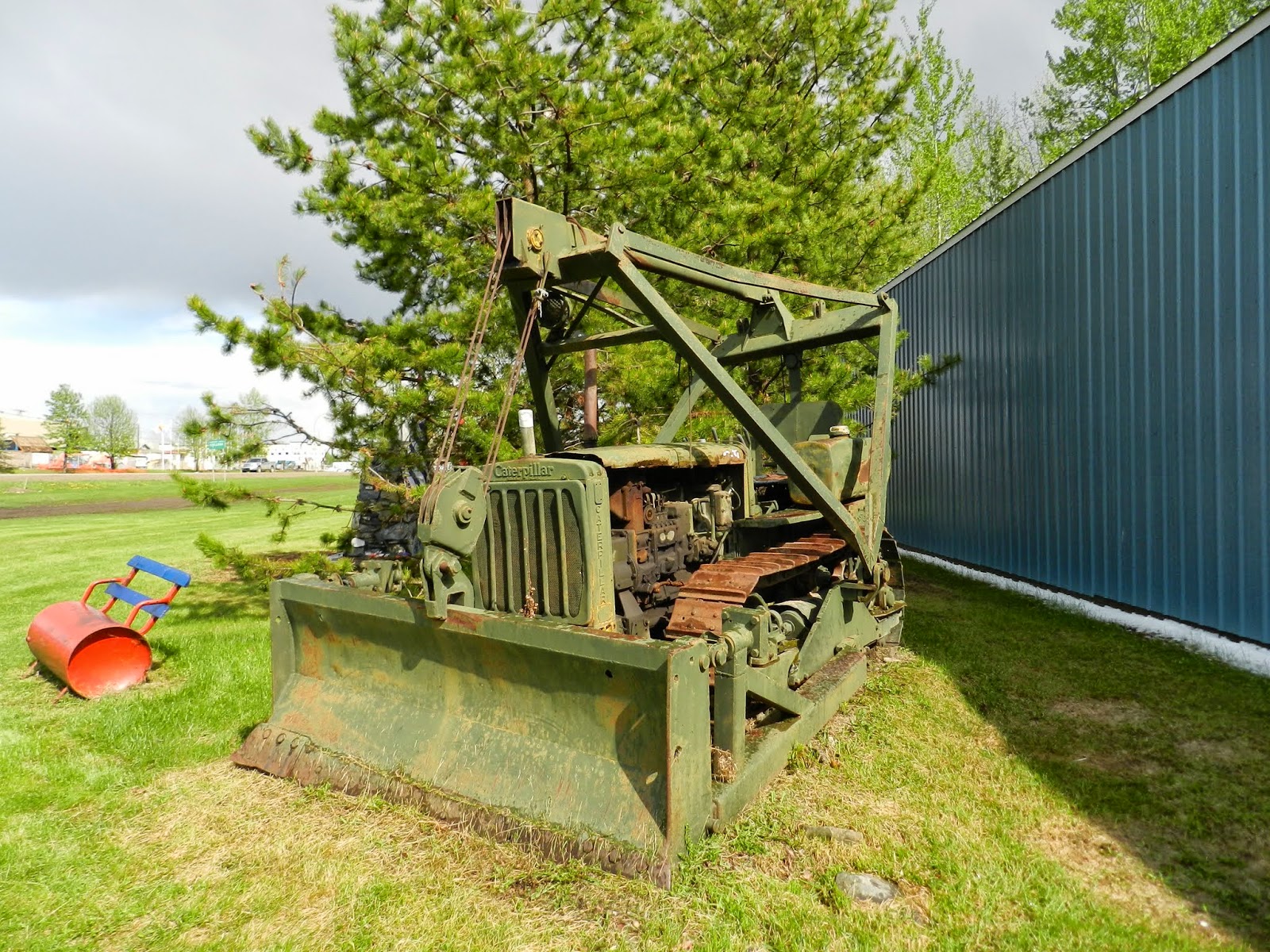 One of several original
tractors used to build
the Alaska Hwy.

I've had no or lousy internet for several days so I am playing catch-up.  Next posting will be Liard Hot Springs Prov. Park

Safe travels to all, thanks for stopping by

Posted by Joe and Nancy Conrad at 7:16 PM