Yesterday November 8, 2011, we visited the Yuma Territorial Prison.  July 6, 1876 the first seven inmates entered the Territorial Prison at Yuma and were locked into the new cells they had built themselves.  The prison was closed on September 15, 1909, due to ........... severe overcrowding.  (Nothing has changed)  During the 33 years it was open they had a total of 3,069 prisoners, including 29 women.  The cells held six men in very close quarters.  If a prisoner did something wrong such as cussing, gambling or if a guard said a prisoner did something wrong they would be put in "The Dark Cell".  This was a cell that looked like a big iron box made of iron grate floor, walls and ceiling that was only five feet tall.  They would just shove the people in there and at times each prisoner had only about a two square foot place to stand or squat.  When the door was closed it was dark. 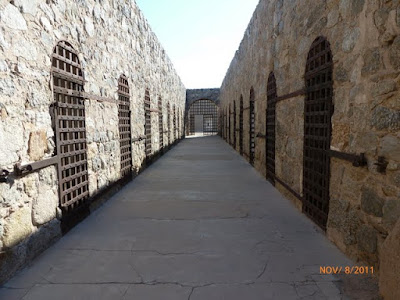 Bunk Beds three high, six people to a cell with a pot to pee in. 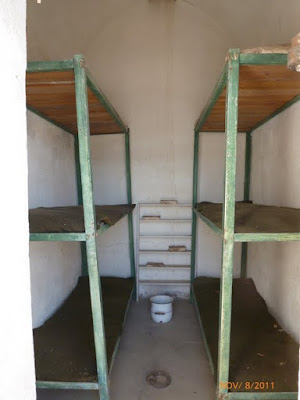 Entrance to the Dark Cell 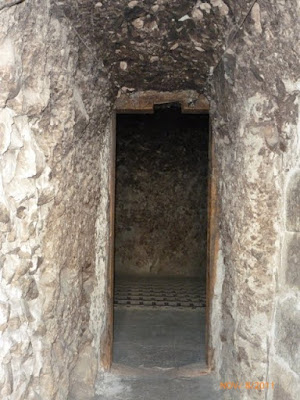 The bottom grate of cage in the Dark Cell 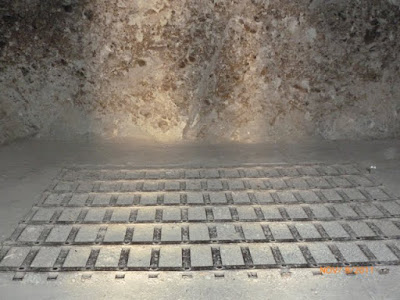 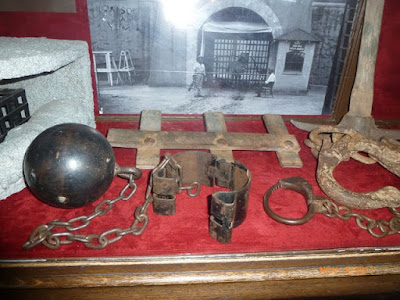 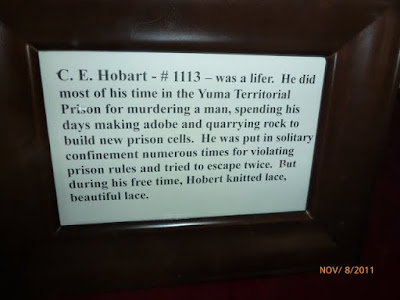 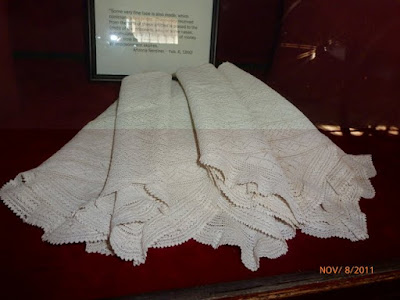 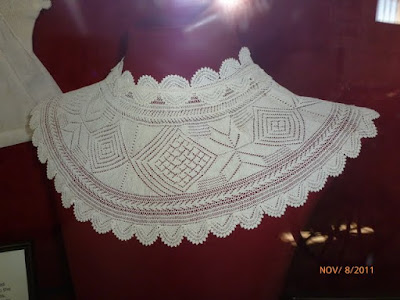 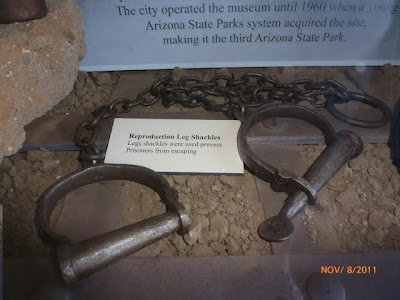 Interesting tour especially if you are a fan of westerns, movies and/or books as this prison has been in many books.  The prison sits on a high bluff overlooking the Colorado River, or what's left of it.  The Gila River, at one time joined the Colorado right here.  Now the Gila River enters the Colorado River about five miles east due to  all the diversions for agriculture, the Imperial Valley is the lettuce capitol of the nation.  There are miles and miles of every kind of lettuce type plant, some are almost ready to pick and others are just beginning. Also there are many date groves and the dates and date shakes are soooooooo good.

Just below the prison is the Colorado river with hiking trails going up the river and through marsh lands.  I hiked about a mile up river, all the vegetation are native plantings, thanks to many volunteers. 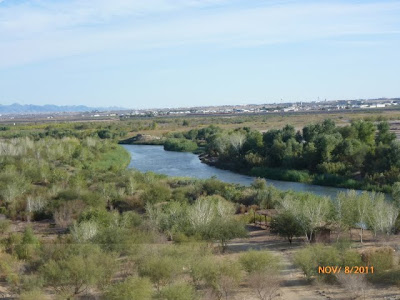 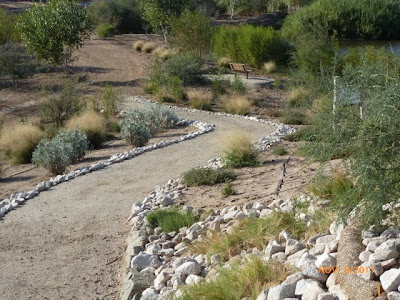 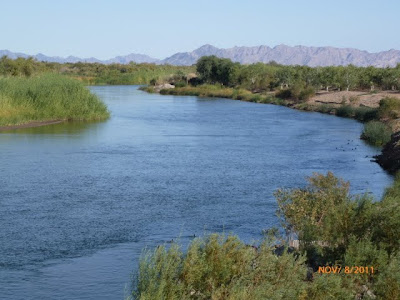 Notice the sticks in the dirt.  They are cuttings of native plants.  Some grow and some don't.  This is a nursery area and many of these will be transplanted to other places. 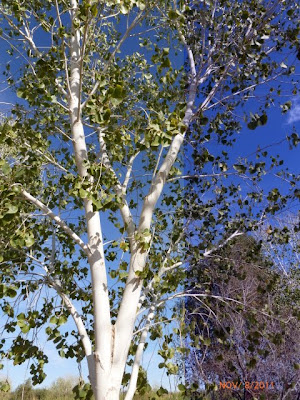 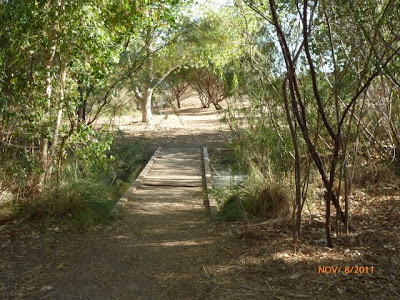 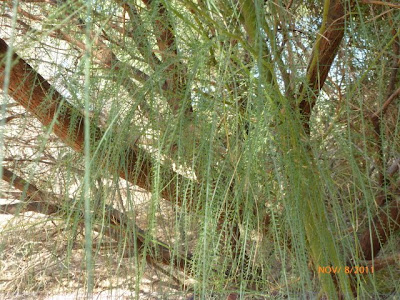 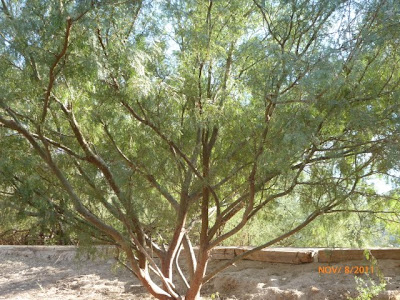 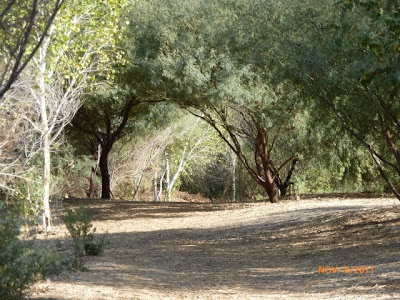 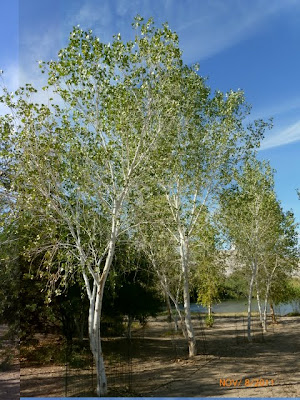 I know, too many pictures again.
Safe travels to all
Nancy & Joe
Posted by Joe and Nancy Conrad at 8:34 PM