We arrived in Wilmington ahead of schedule so we were able to stop at the Poplar Grove Historic Plantation.  The estate known at Poplar Grove was purchased from Francis Clayton in 1795 by James Foy Jr. (1772-1823), the 628 acre plantation, a self-supporting agricultural community, produced peas, corn, beans and peanuts, held some 64 slaves; and served as an aid and resource to neighboring small farmers.  The tour was spectacular and well worth the effort (we pulled our trailer into their parking lot).  Again no pictures were allowed inside the house which was very well preserved.  I almost forgot to mention, like most old houses it burned in 1849 and was re-built to exact specifications in 1850. 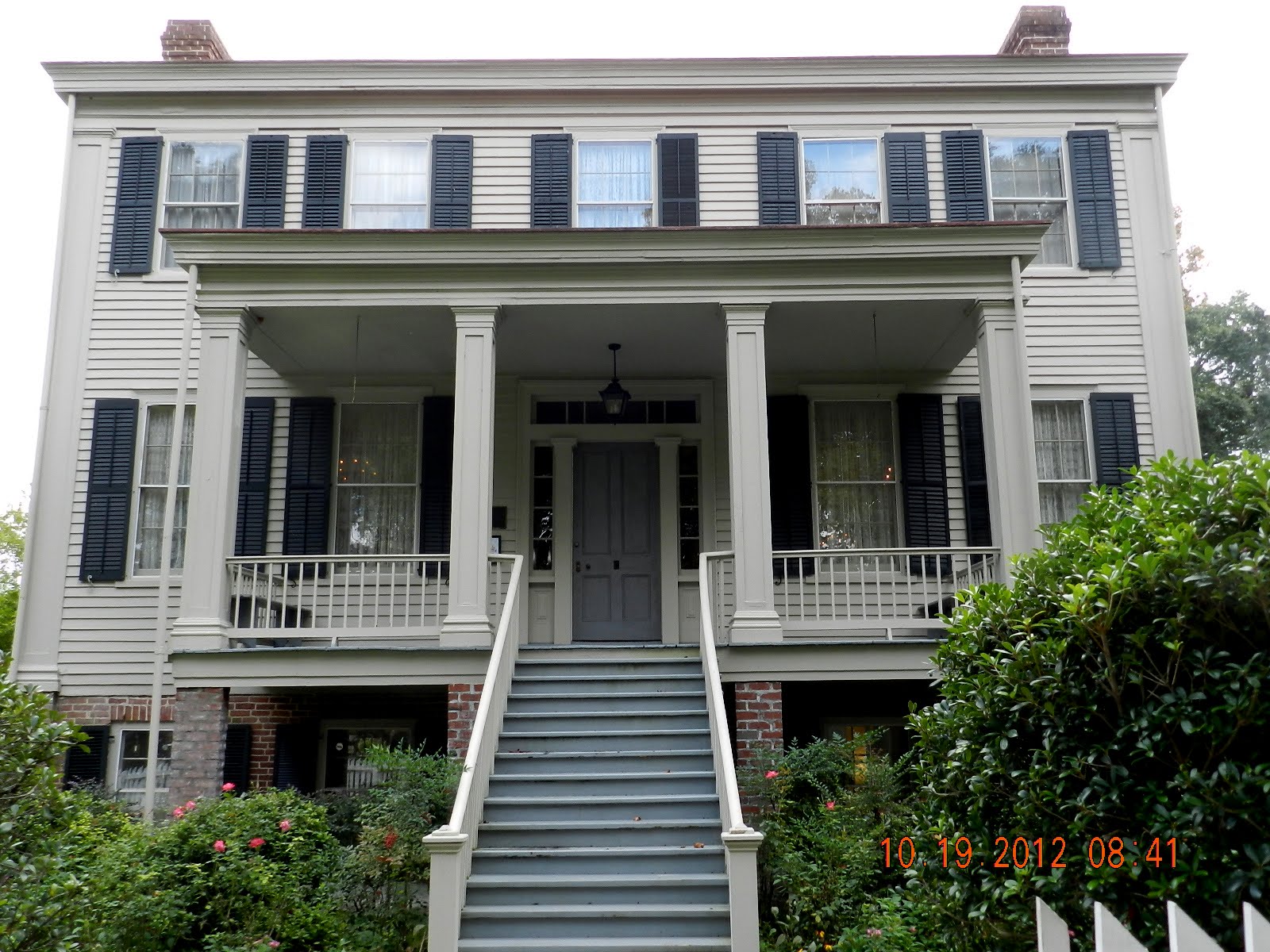 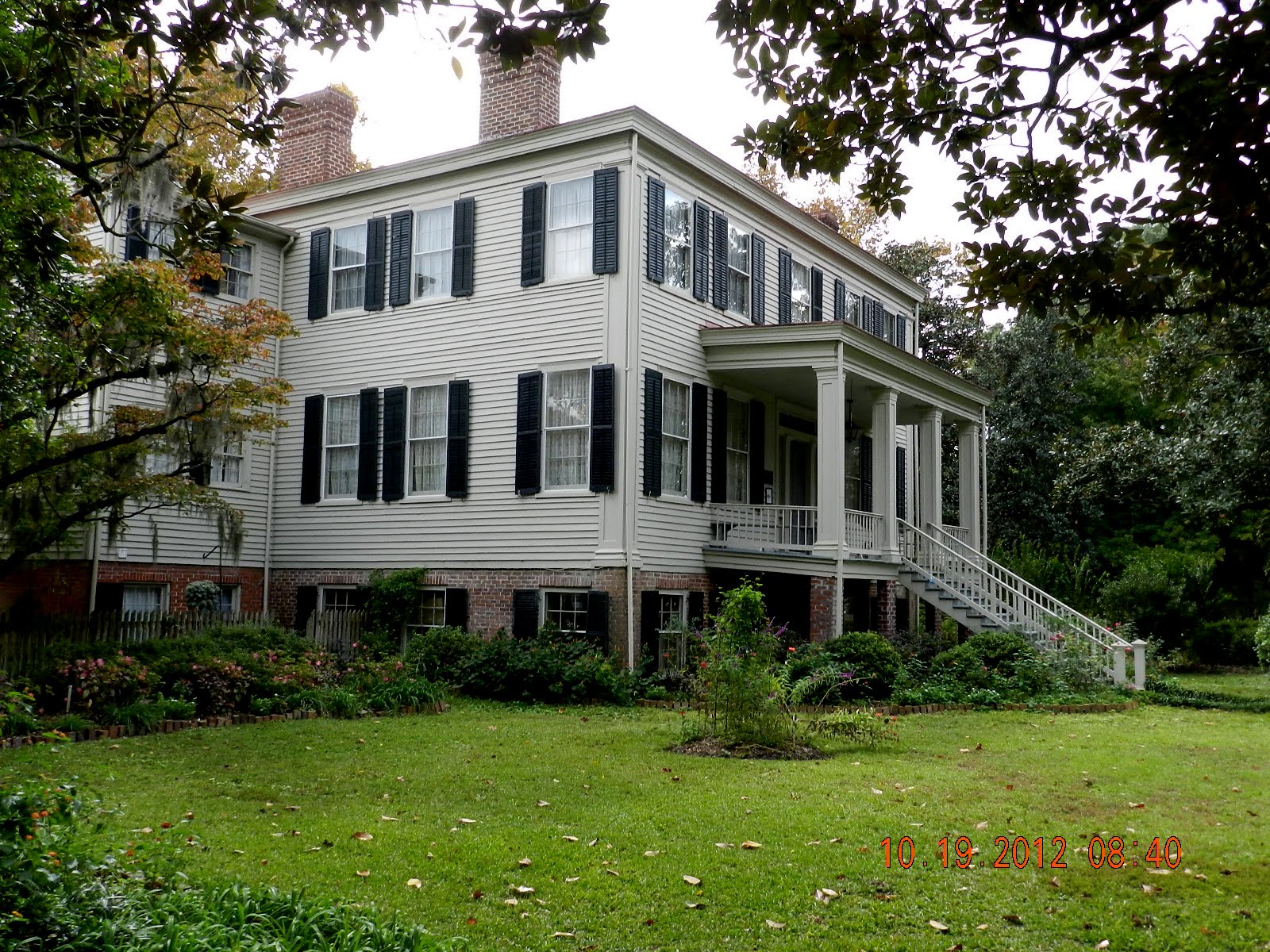 Note the slant on the porch, I thought it had settled but we were told that it needed to slant that much because of the storms that could go through here.  They did not want any water standing on the wood. 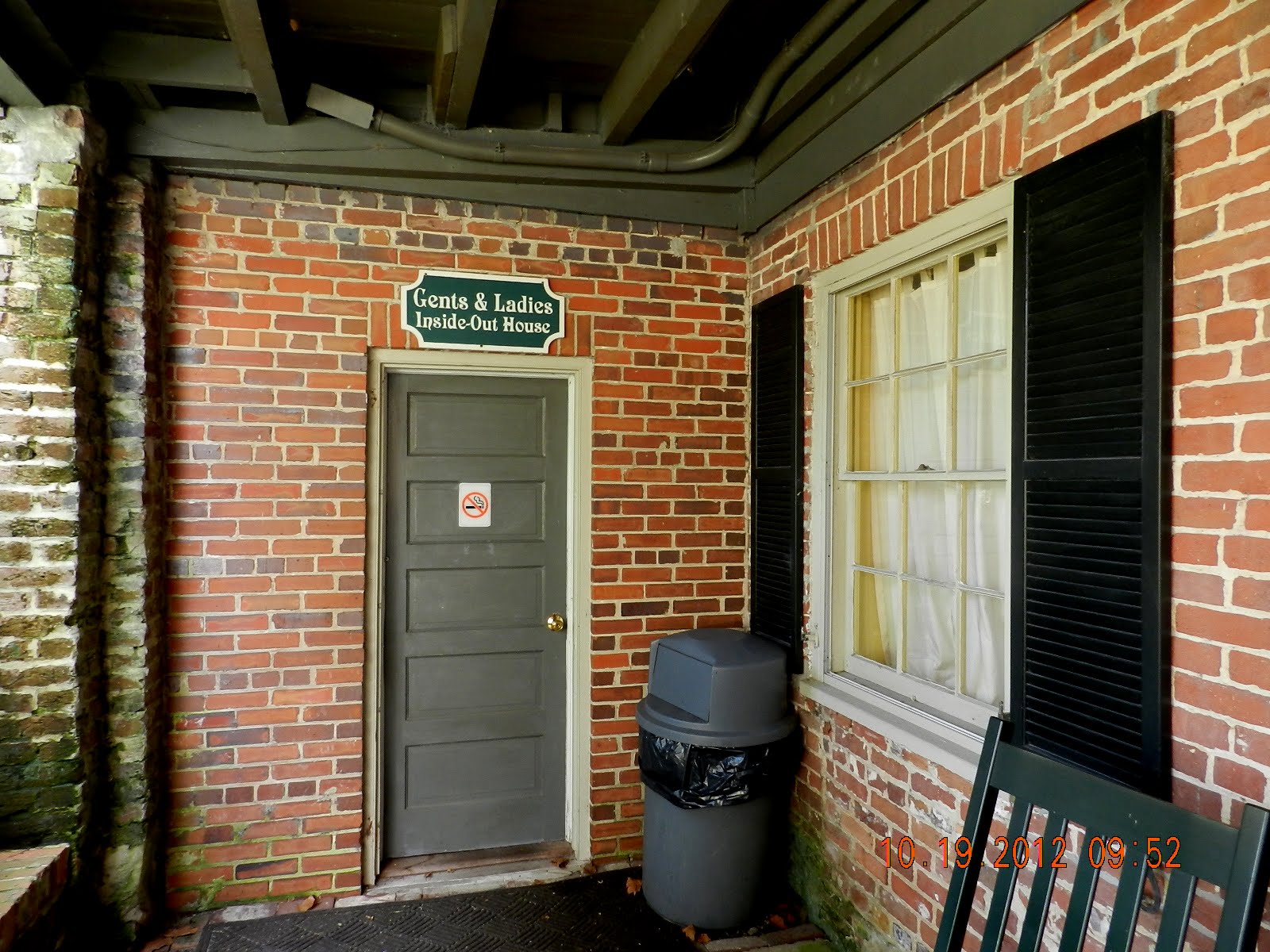 It's hard to see: 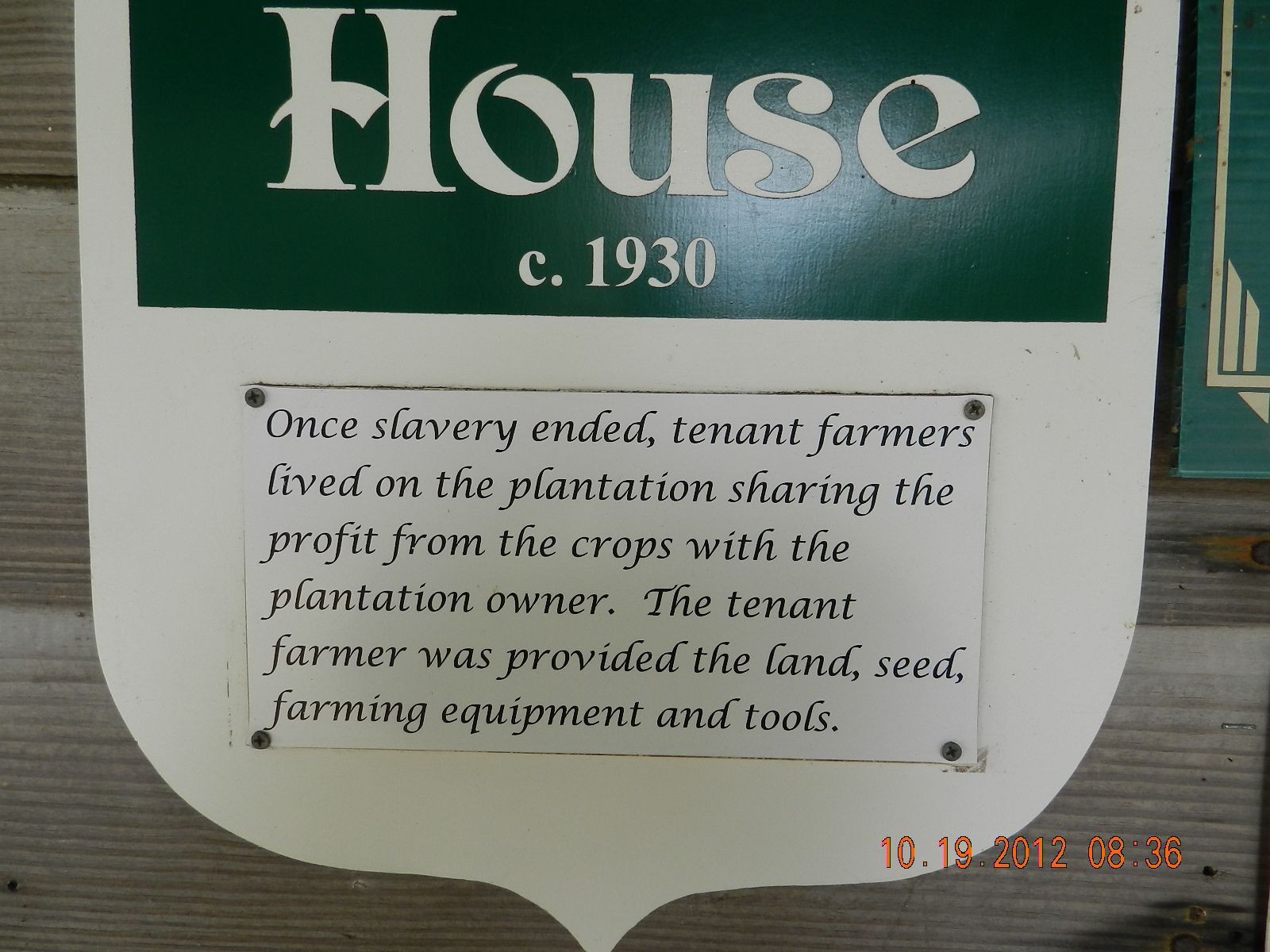 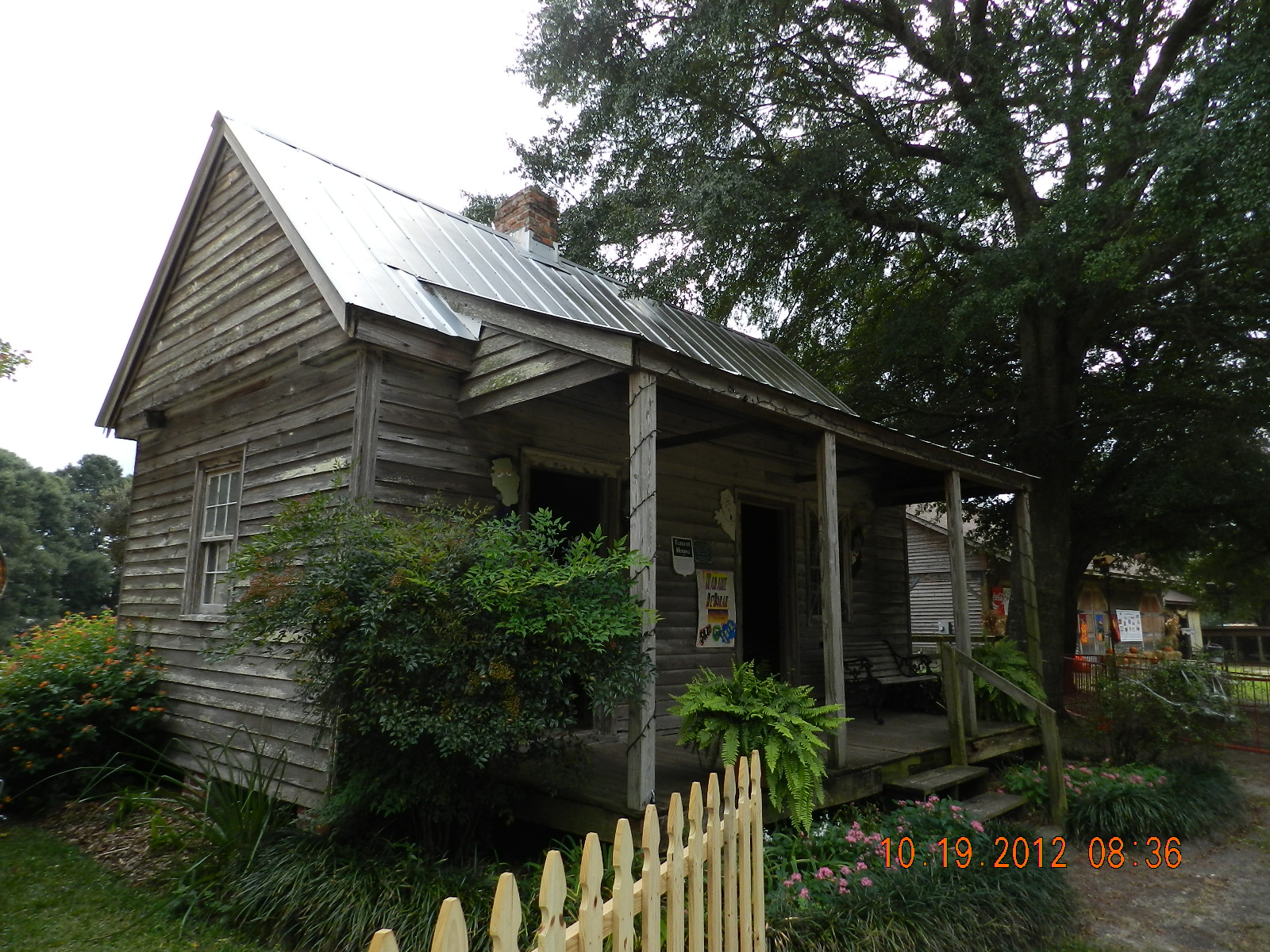 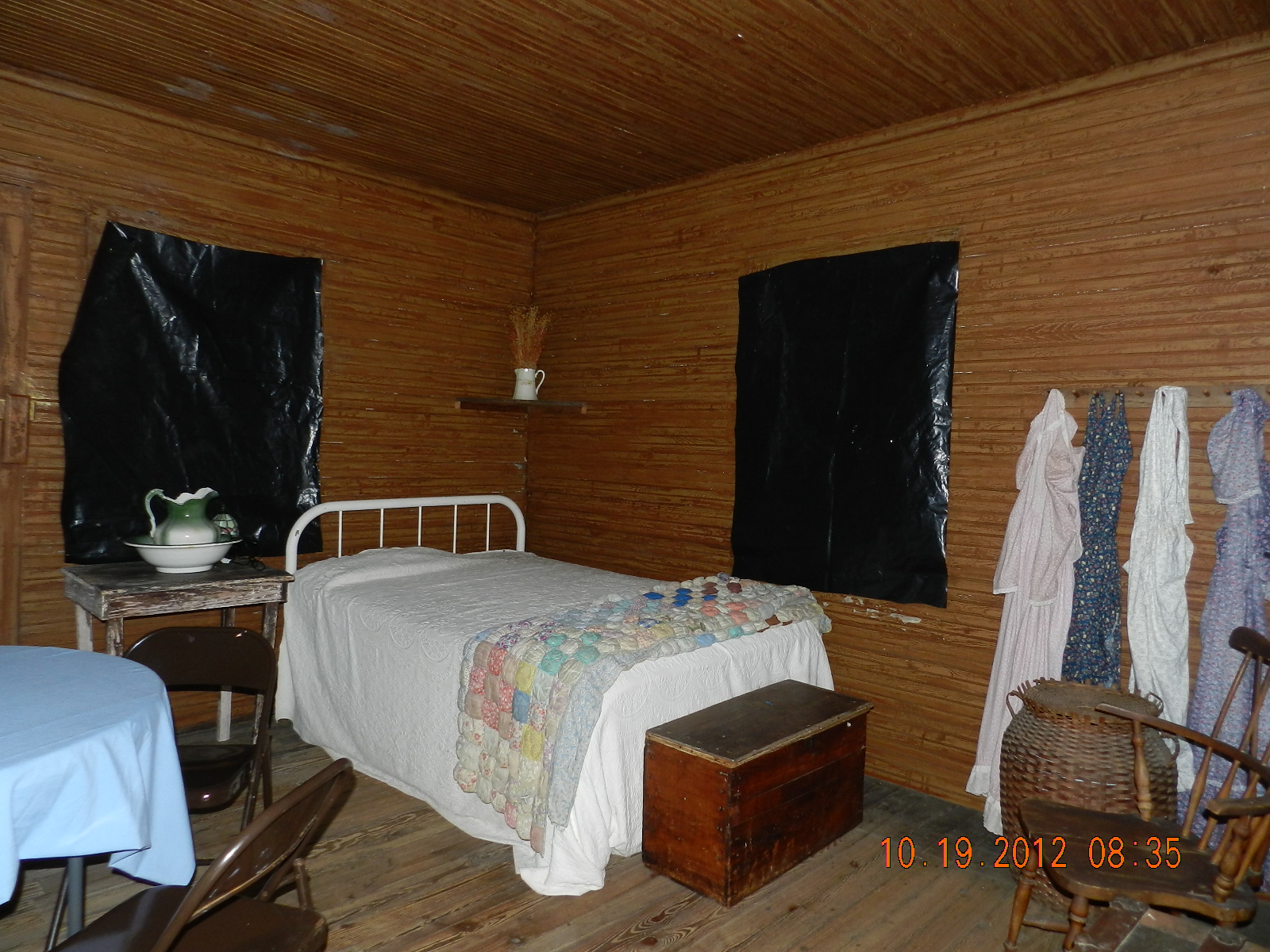 Two rooms in above house.


They are getting ready for their Halloween Fund Raiser so there is black plastic and spooky things everywhere on the plantation. 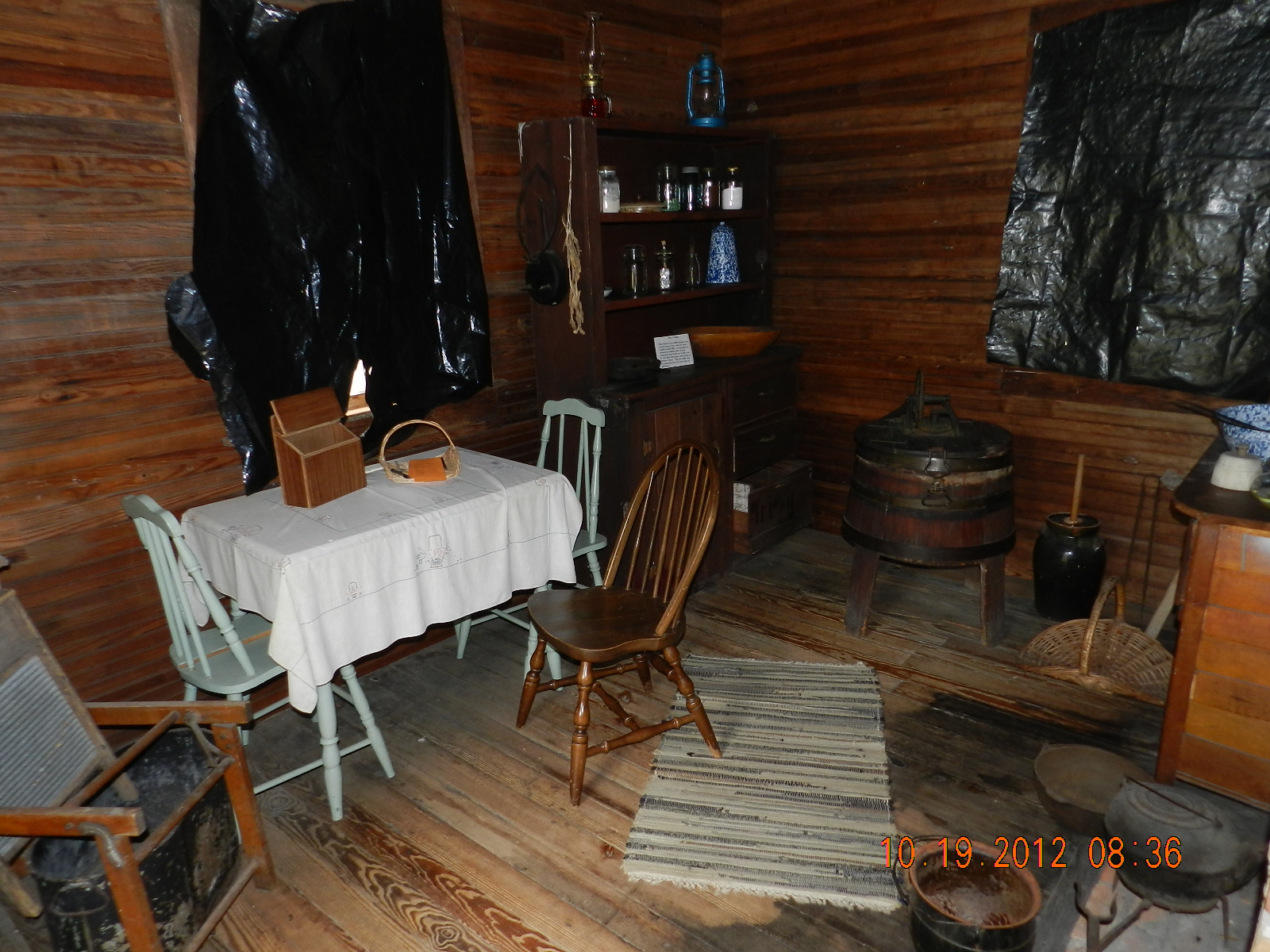 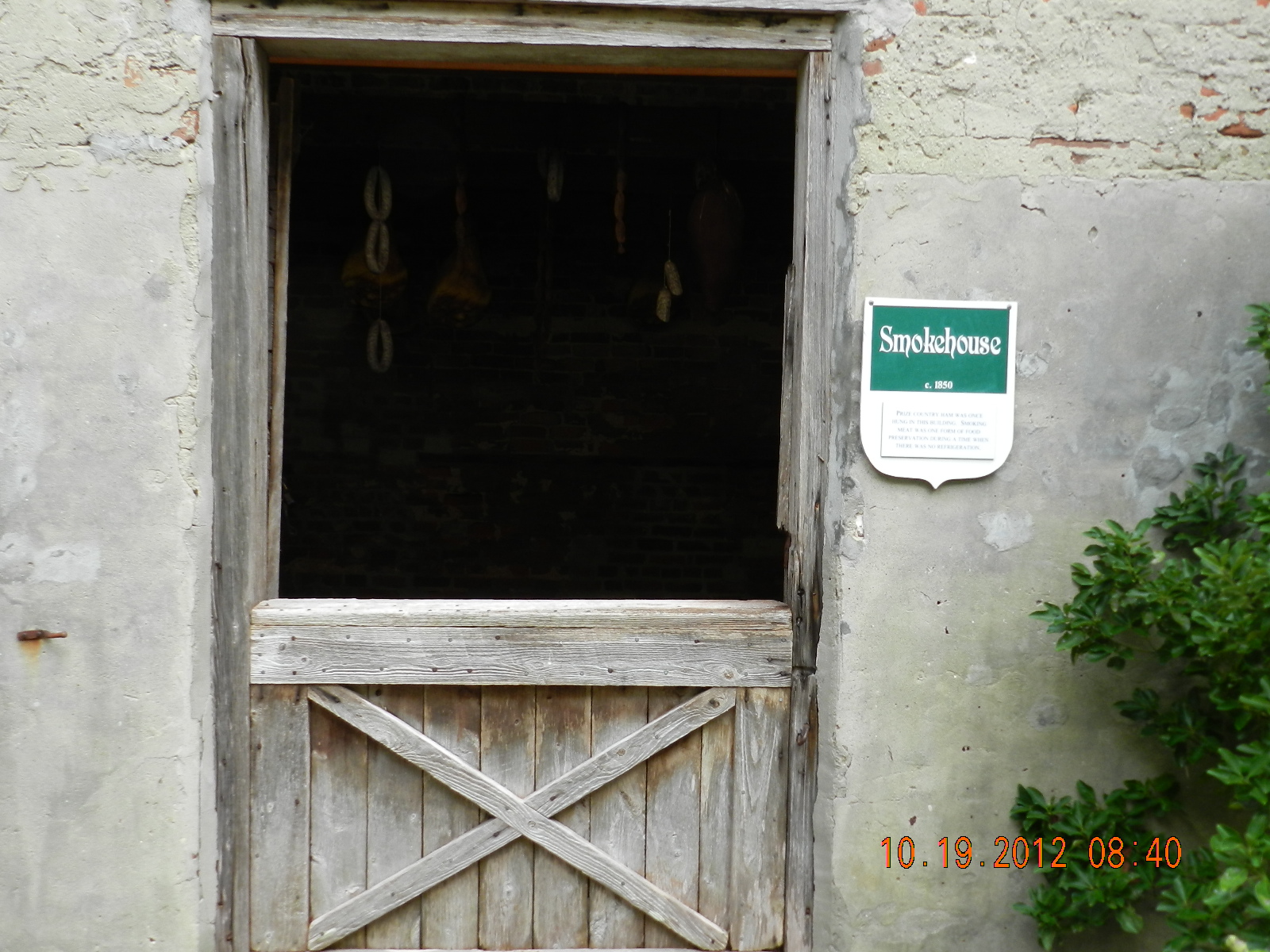 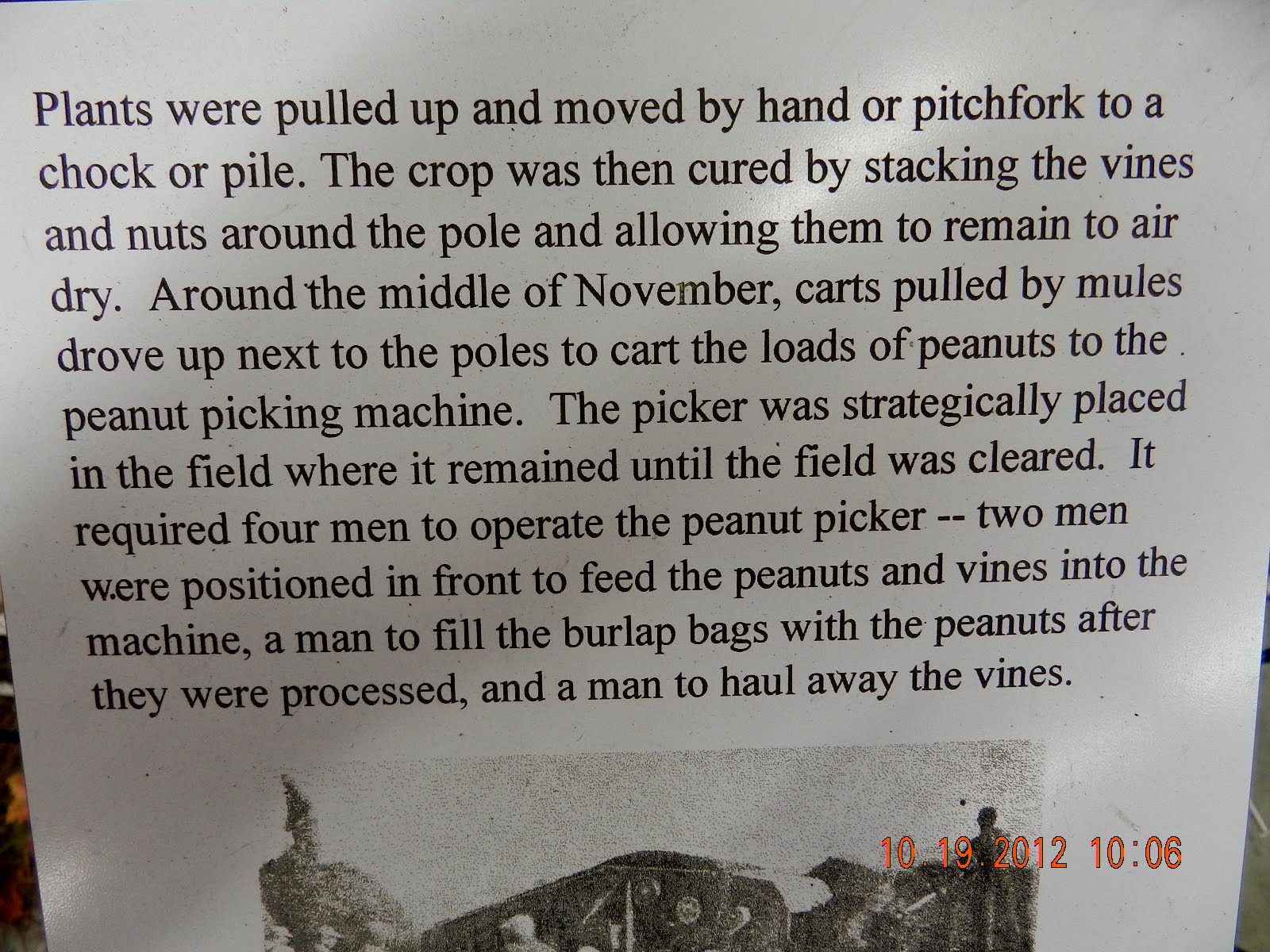 Peanuts was a major cash crop 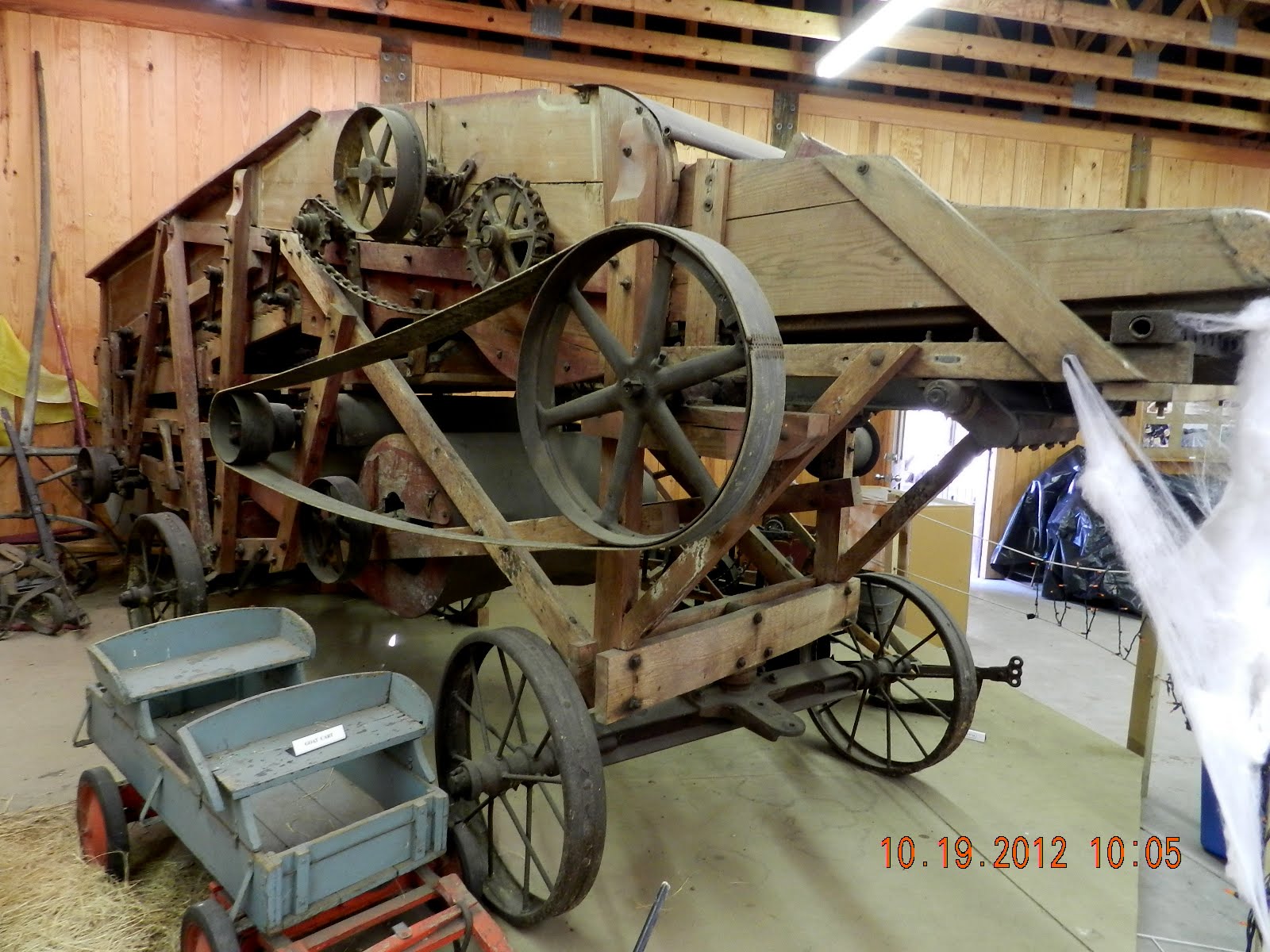 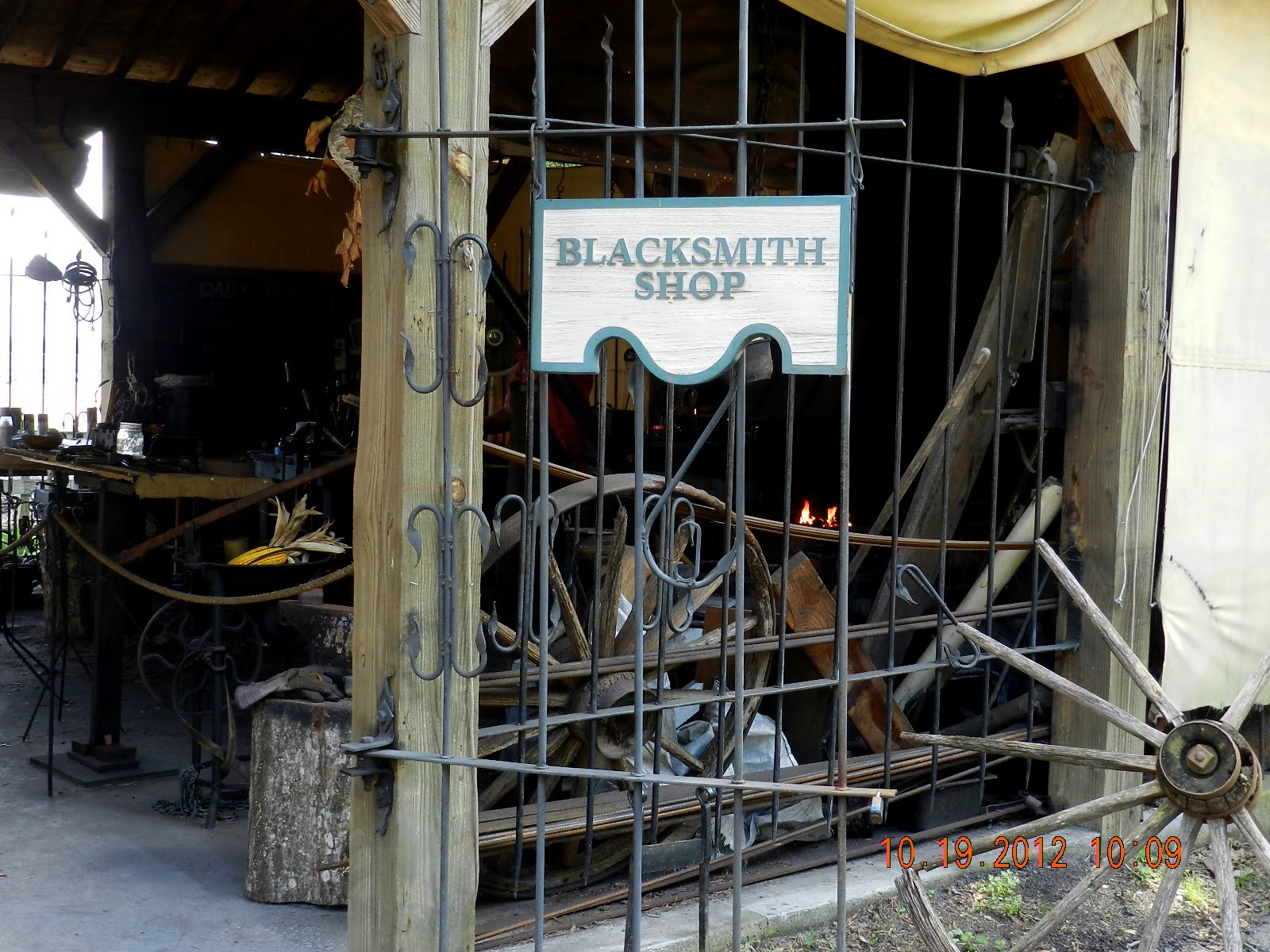 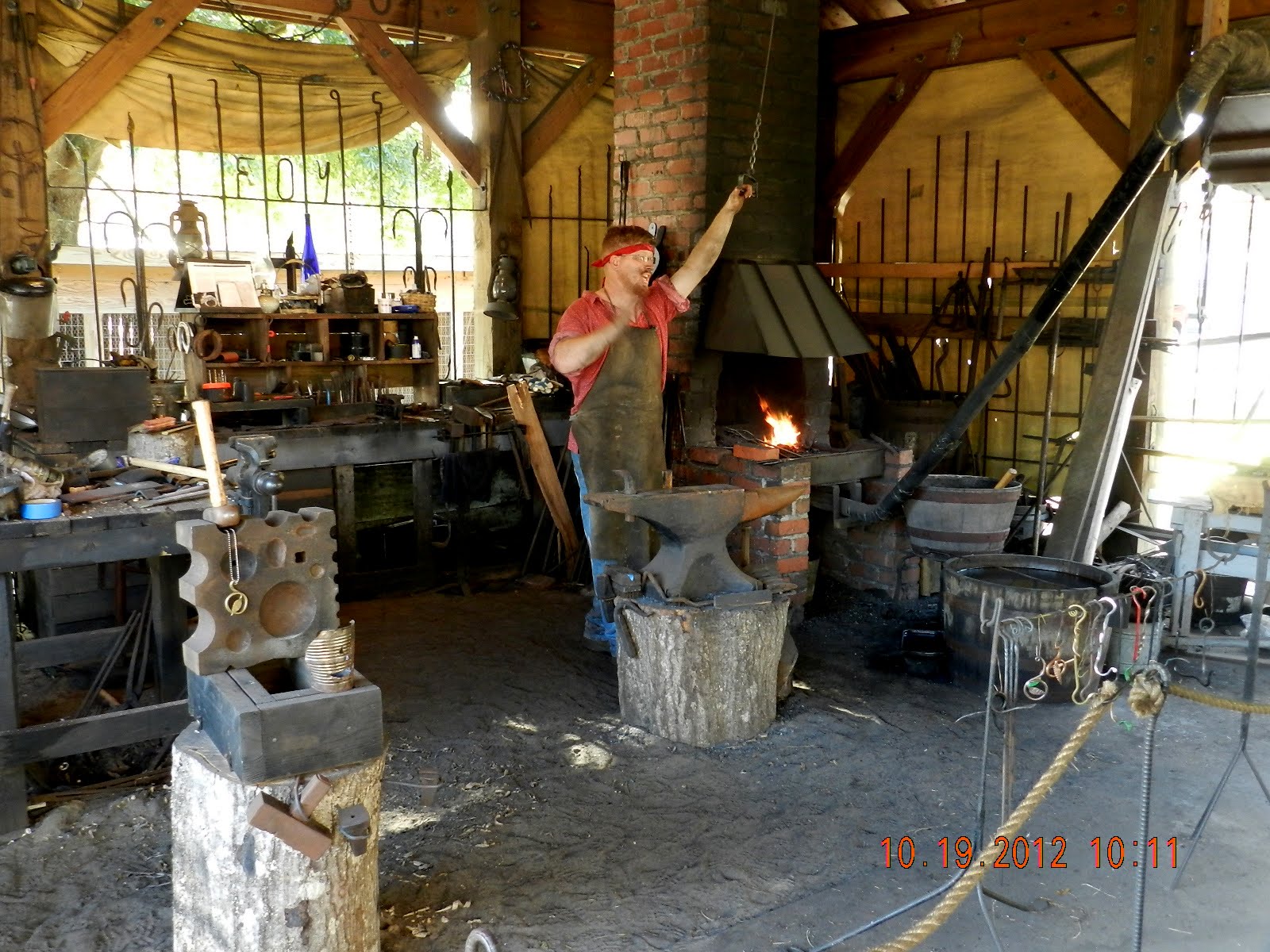 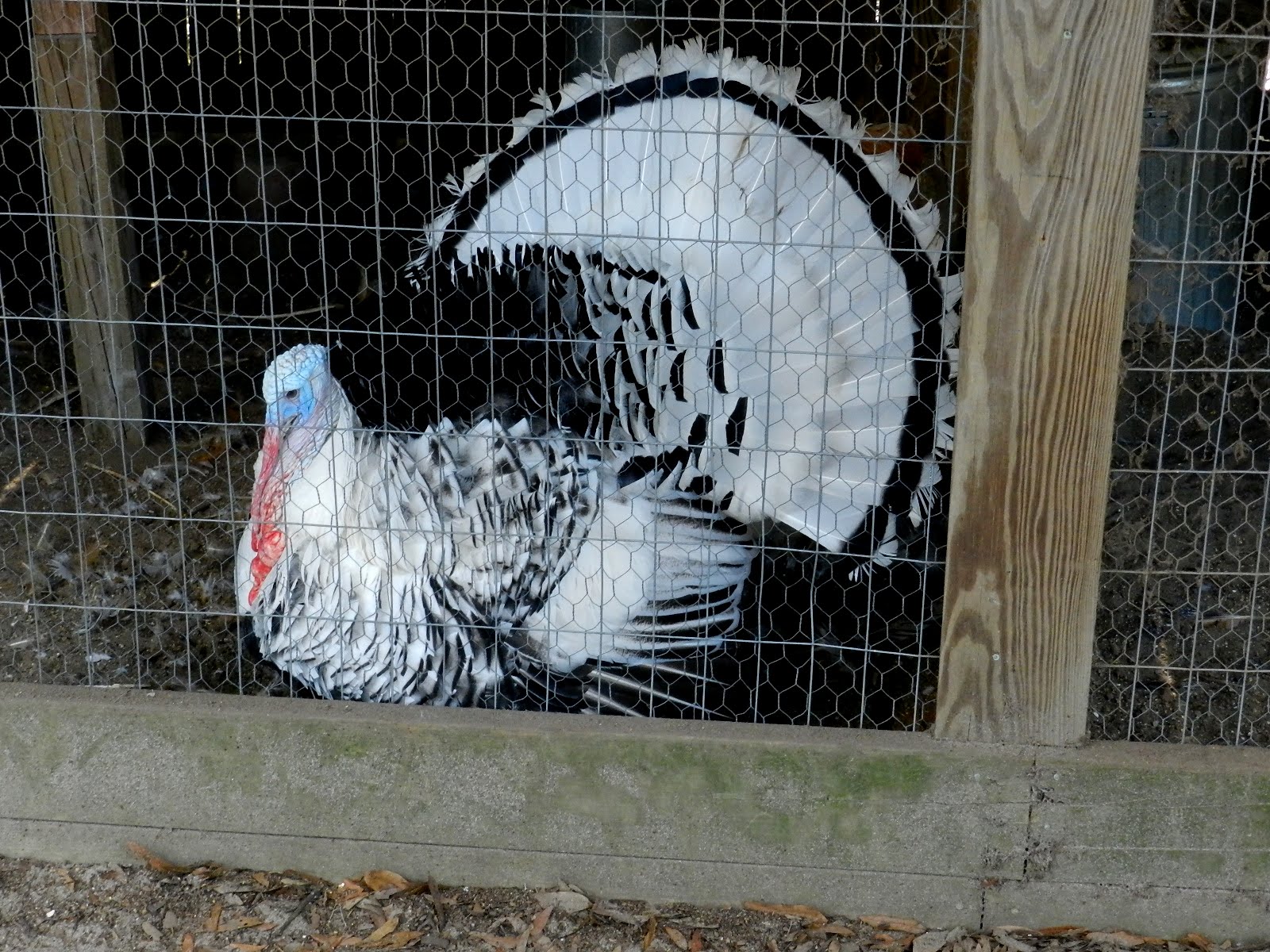 I never realized that turkeys could be black and white.

He is so handsome and he knows it. 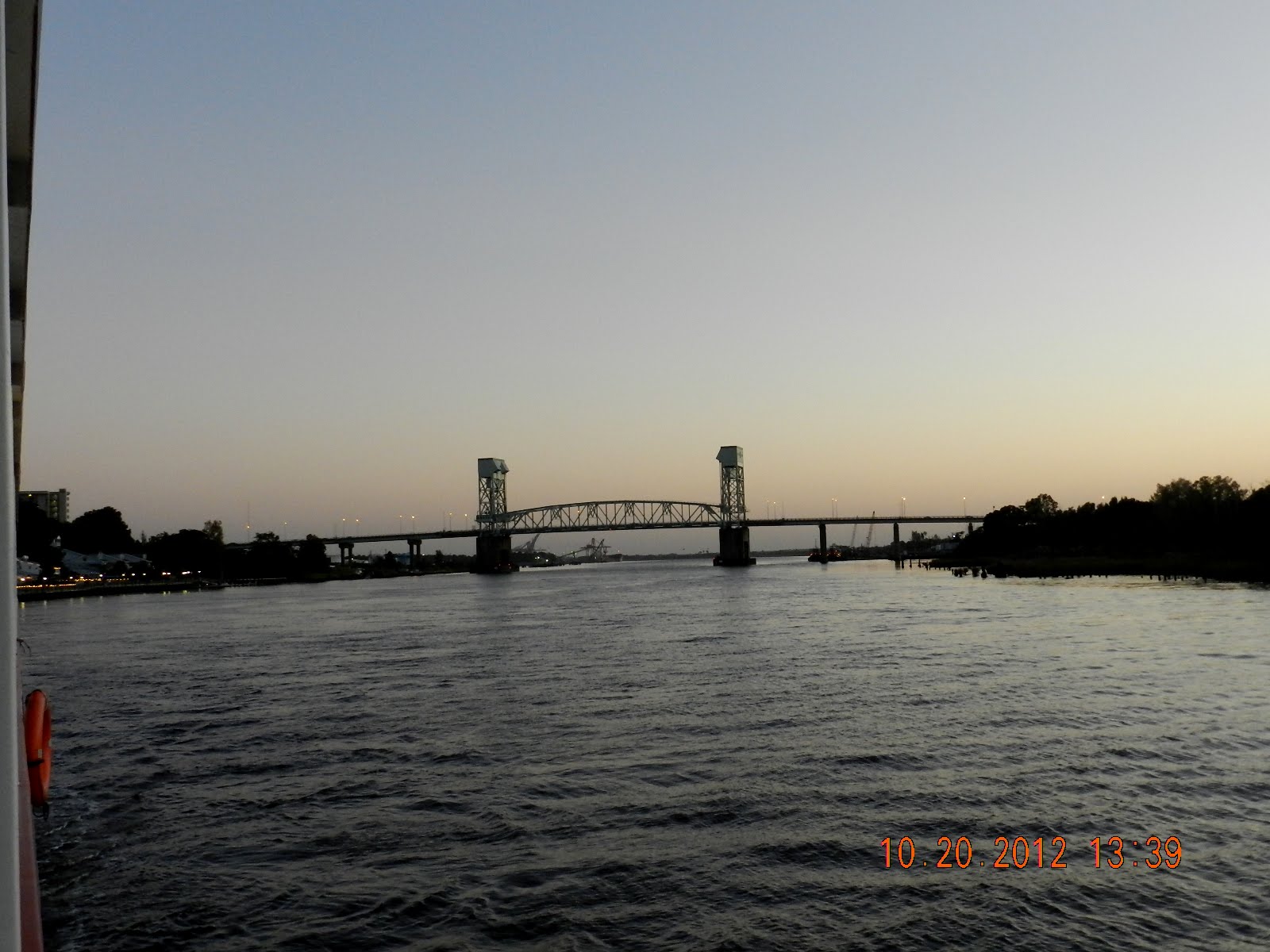 A dinner cruise on the Cape Fear River, moving up river toward the Memorial Bridge.  The entire span in the middle between the tower raises up for ships and sailboats.  Occasionally the span will get stuck up there and they have quite a traffic mess. 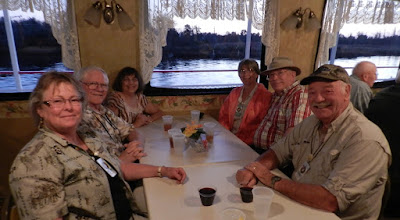 Our table group on the Henrietta III, 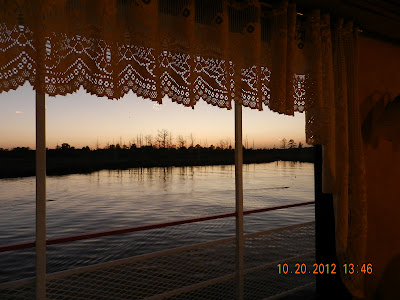 We toured the Battleship North Carolina.  Just a few facts:  Commissioned on 4/19/41, was a protector of aircraft carriers, designed to carry 1,800 men however by the end of WWII she carried 2,300 men, the crew slept in metal bunks stacked five high, 729 feet in length, made it own electrical power, could carry 120 days of food supplies.  There is just too much to list, go to www.battleshipnc.com 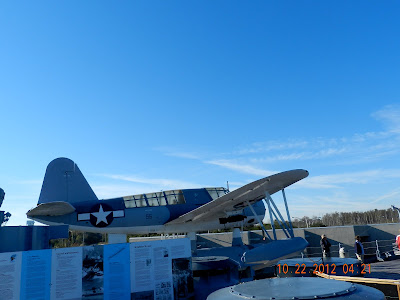 She could launch these types of planes, sort of like a sling-shot.  However planes were not able to land  on the ship.

Sorry, I forgot what this type of plane and launching is called. 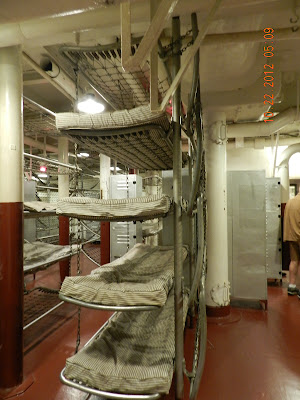 The top bunk does not have a mattress on it so it's hard to actually see.

The ship has an excellent self guided tour all the way to the engine rooms and up to the top where the captain is.  They have a very good display of loading the bombs, you just have to be able to climb up the steps and not be claustrophobic. 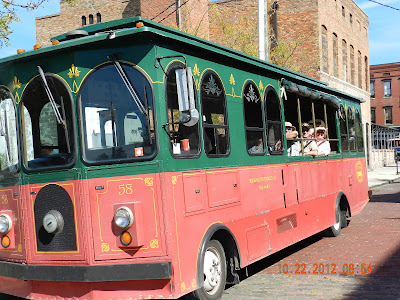 Our last activity in Wilmington was a great trolley tour. I am in the third open window shielding my  eyes from the sun.

We have found that most cities that have a trolley tour are usually the way to go, you learn so much.

This is a fantastic city, full of history, our four days here just make us want to come back again.


This is the end of our stay.  One more thing, we usually don't stay in KOA's because we don't like them, however this is probably the best KOA we have ever stayed in we would stay here again; we will be staying at a KOA again in Charleston/Mt. Pleasant area I hope it's a nice one too.

Have a blessed day and thanks for stopping by.

Nancy
Posted by Joe and Nancy Conrad at 7:37 PM