We only drove about 77 miles today to Tom's Cove which is also the site of the Chincoteague Oyster Festival on 10/6.  They only sell 2,700 tickets and they have been sold out for months.  Our Caravan leaders always get them a year ahead of time.  At the festival we had clam chowder, blue crabs, oyster chowder, fried oysters, oyster fritters, shooters and steamed oysters.  There was also real french fries that they called Boardwalk Fries, and hushpuppies.   There was plenty of sodas, coffee tea and bottles water.  All this for one price, all you had to do was stand in line. 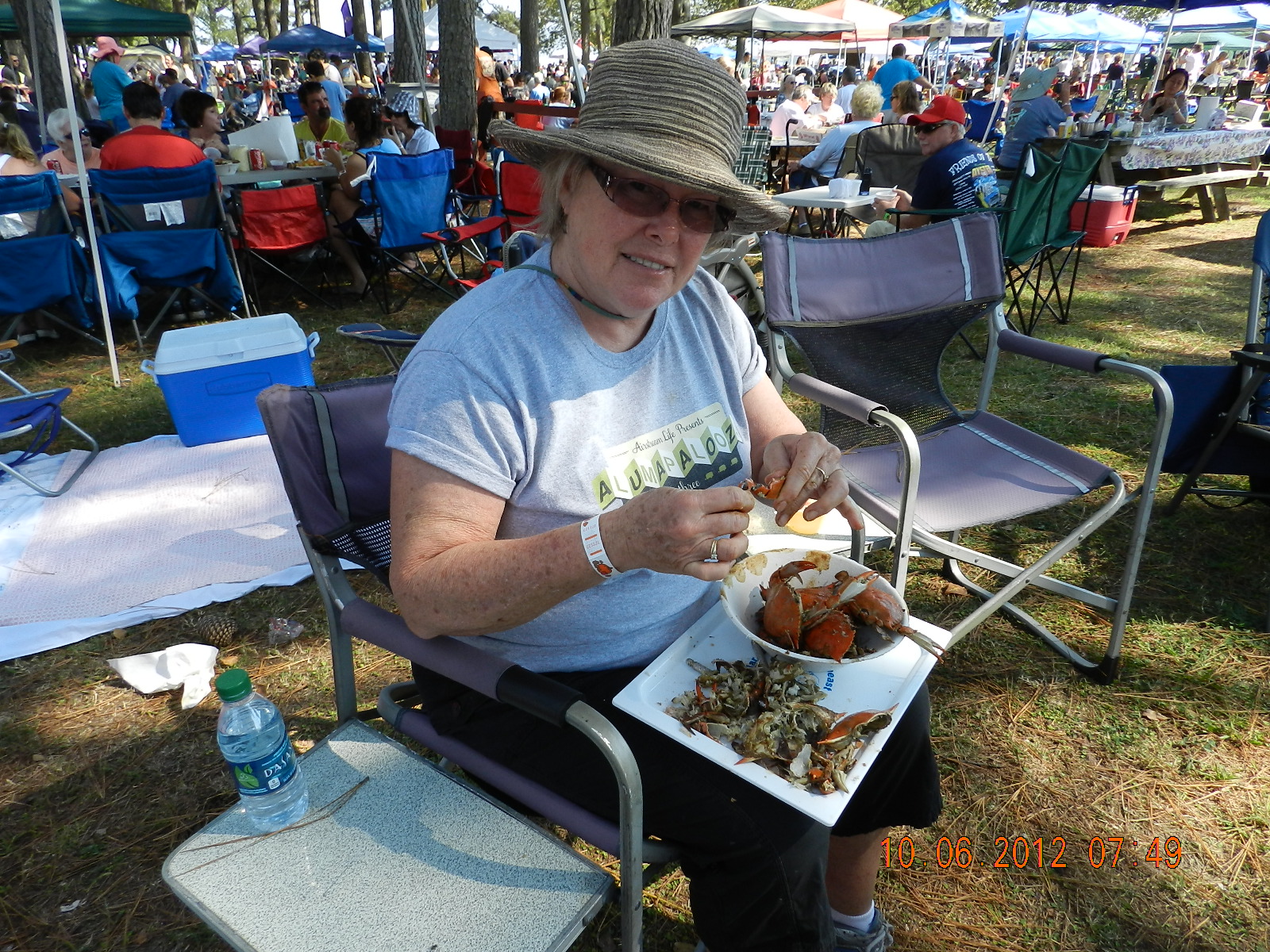 Half way through a bowl
of blue crabs 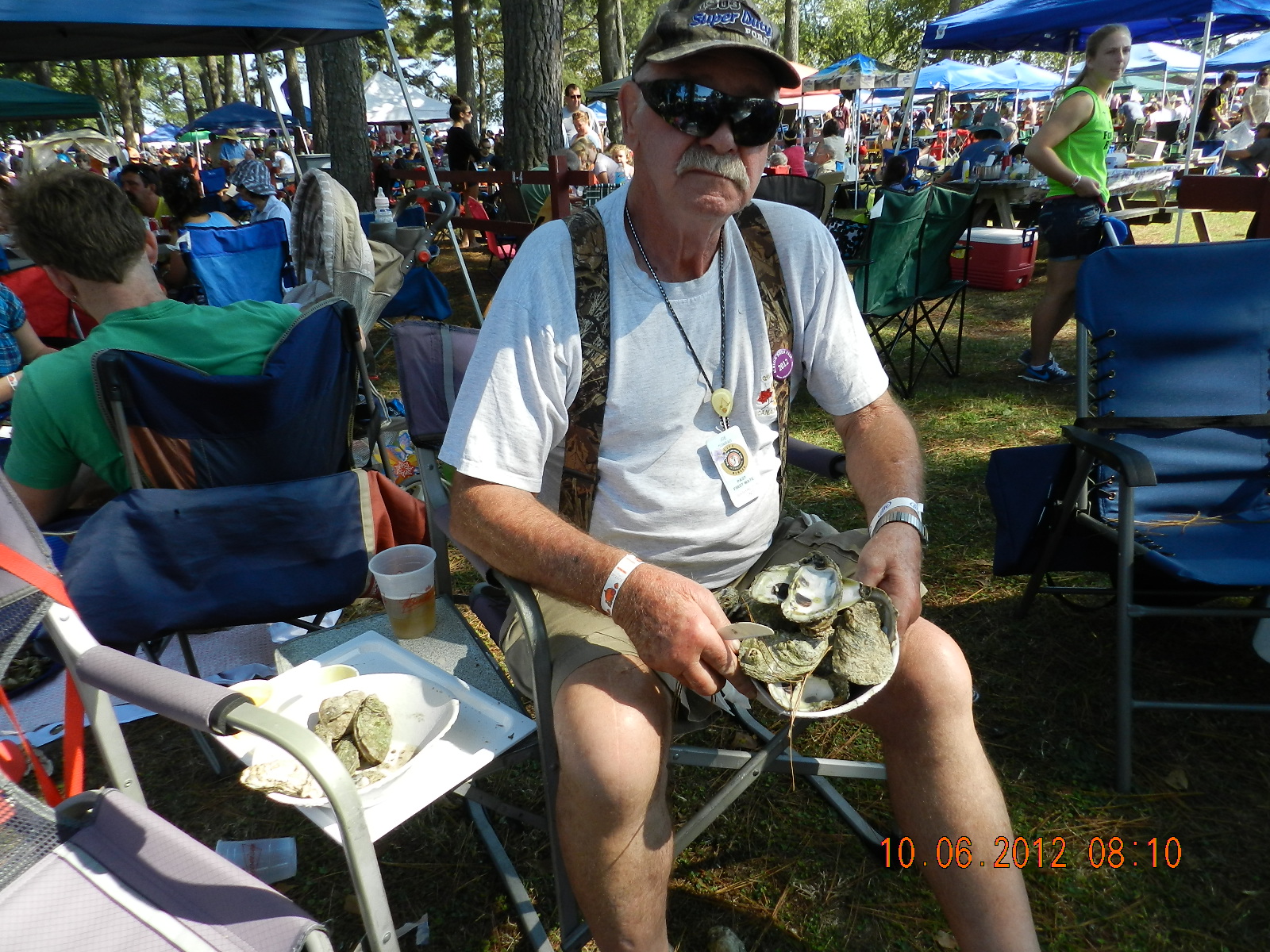 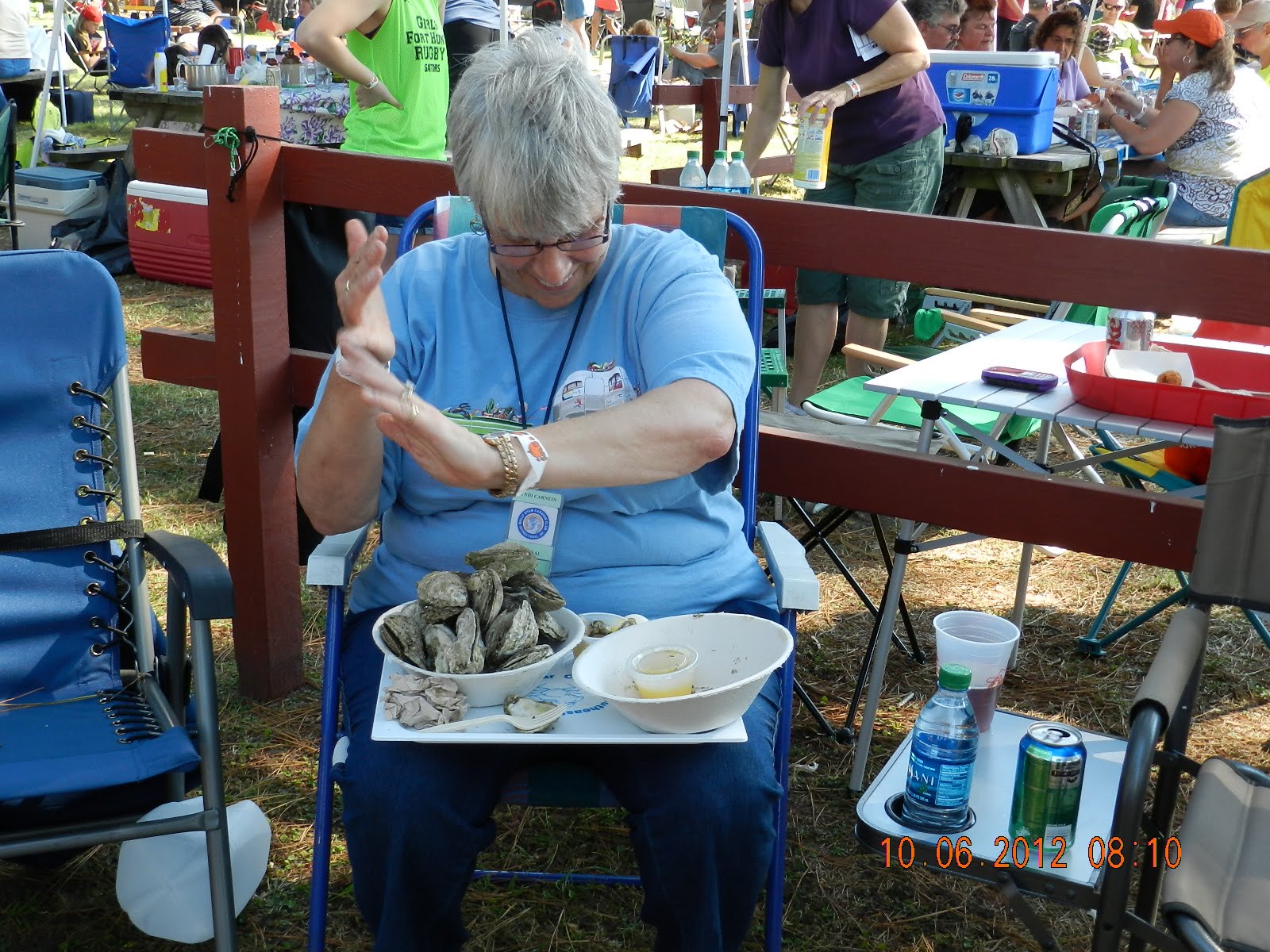 Steamed oysters,
you were given two large bowls. You could have more if you wanted to stand in line again. 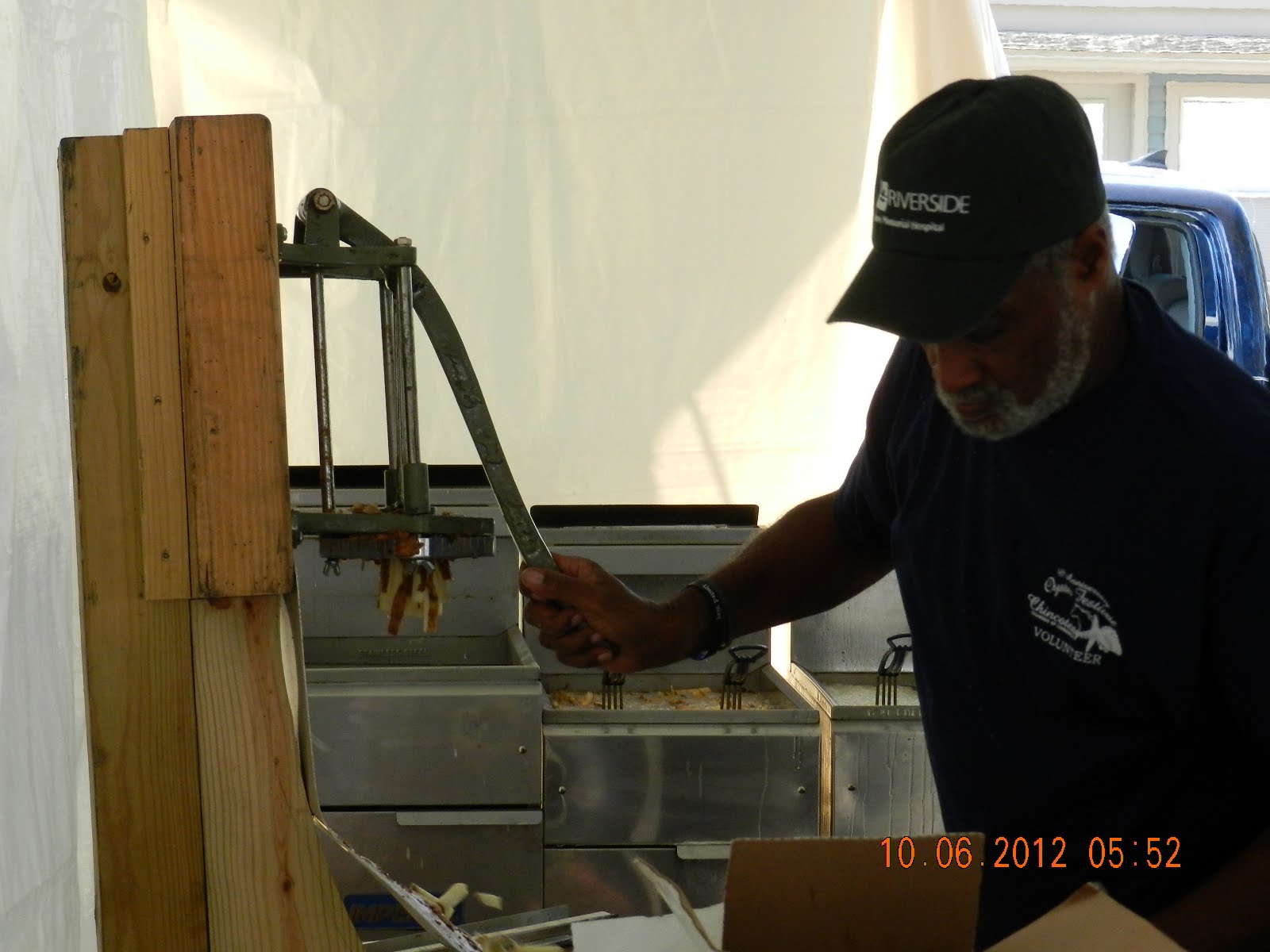 Pushing the potatoes
through the cutter.

Boy, these were really good. 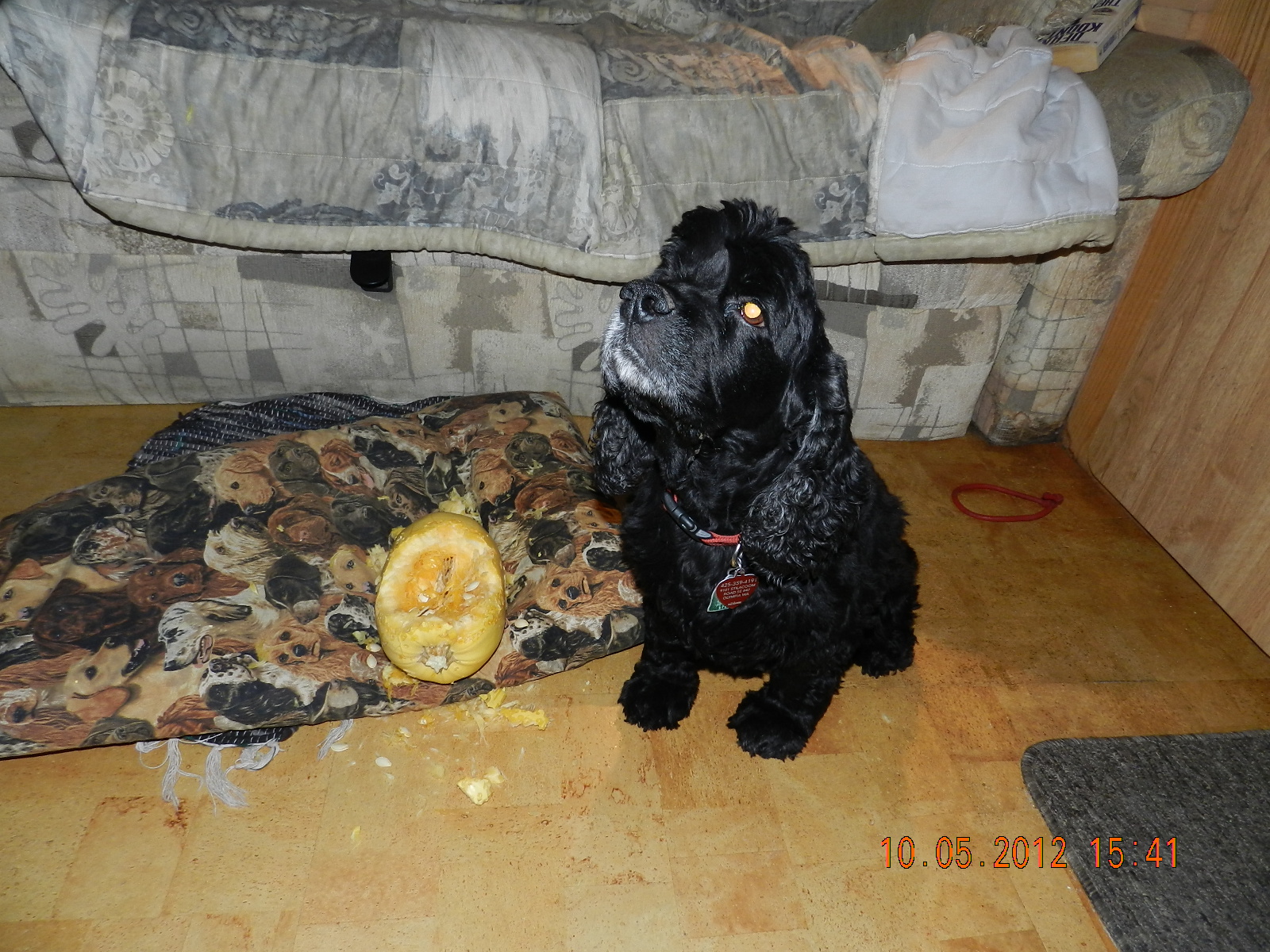 When we were in Maryland we stopped at an Amish veggie stand and bought several things including this nice spaghetti squash.  While we were at the oyster festival Buddy decided that he would try it out.  You know how hard the outside shell is, he worked on it until he got through and then proceeded to eat about a fourth of the squash. 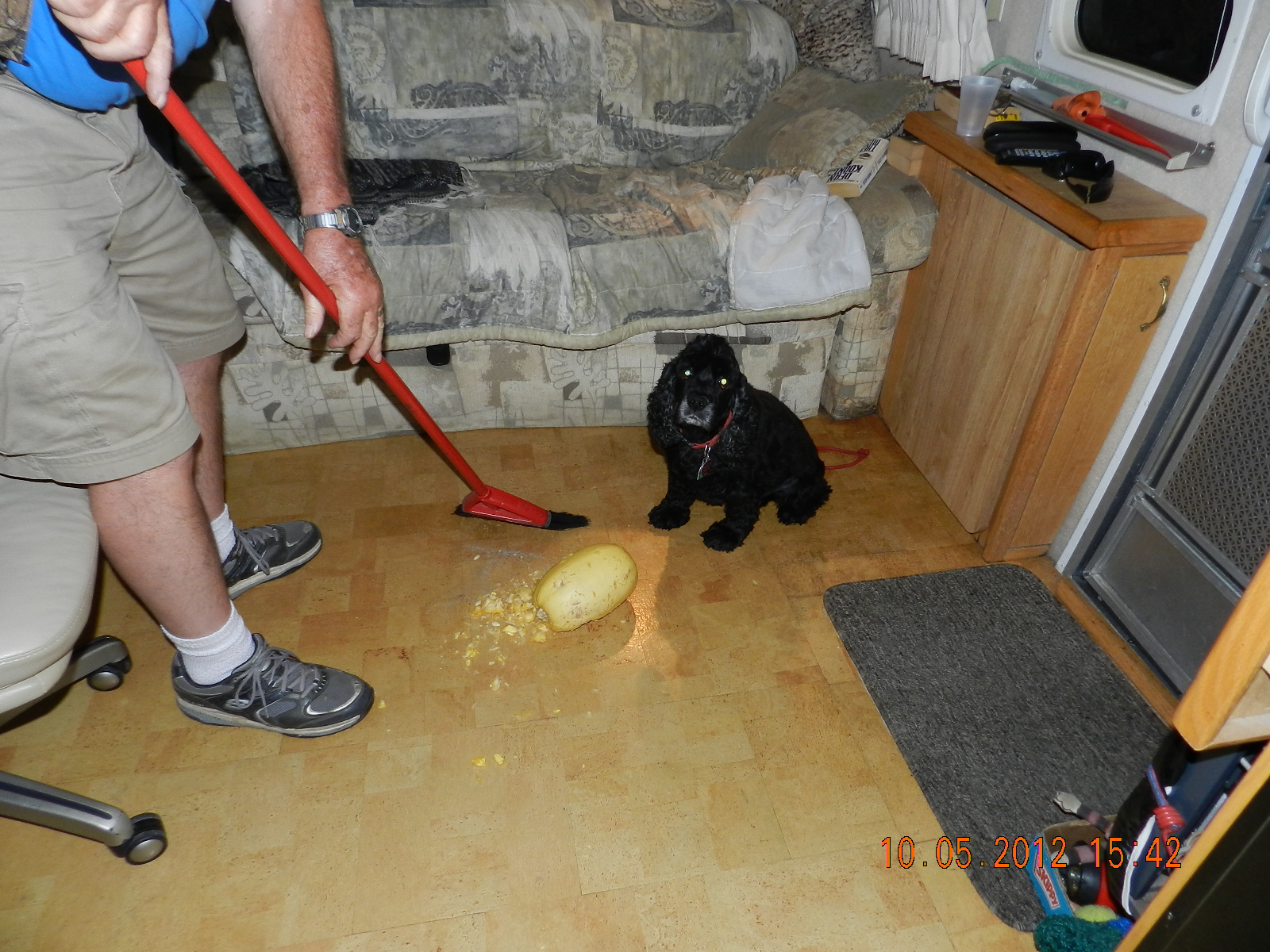 Our tour group, Joe is in the last seat on left. 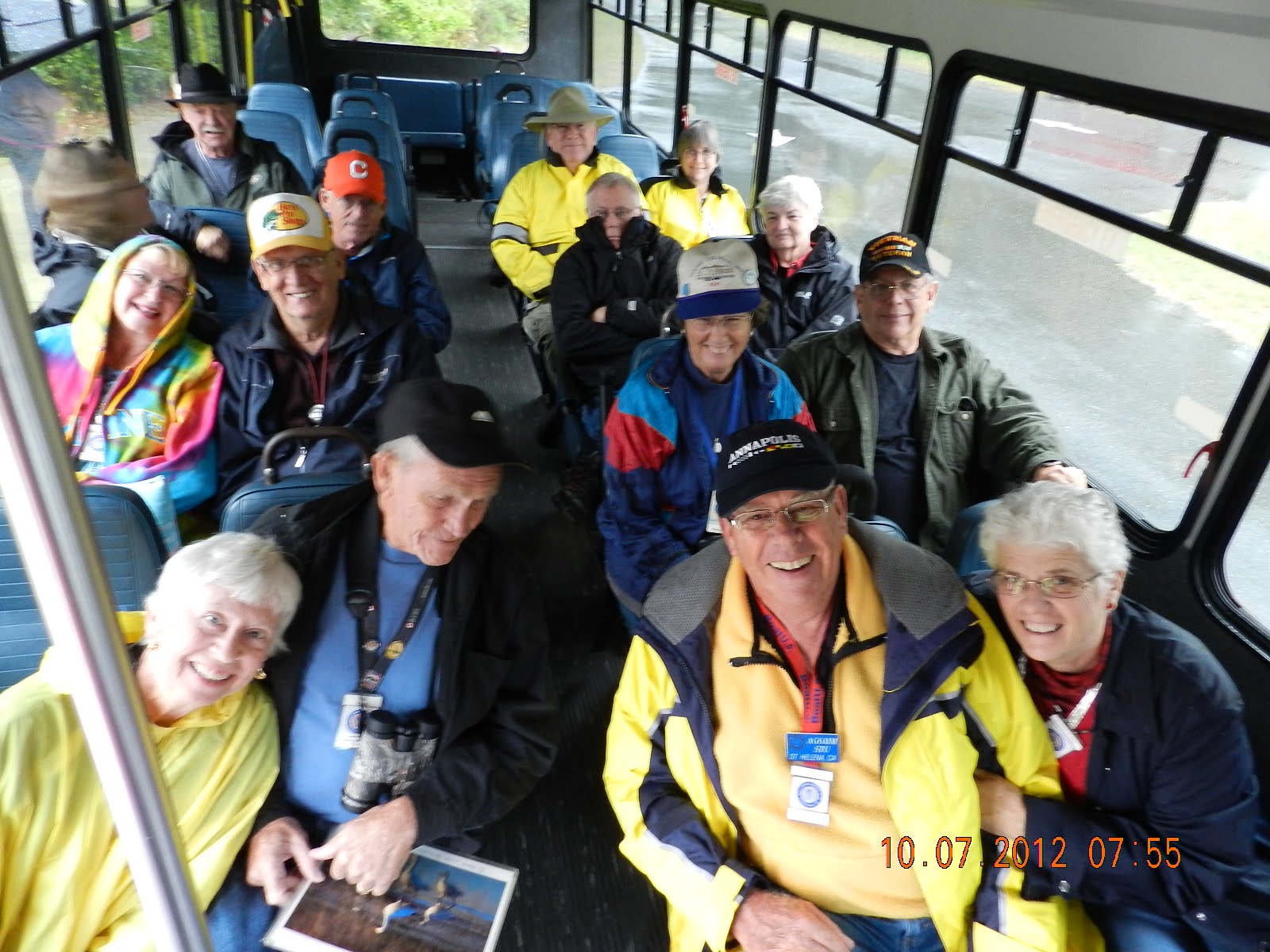 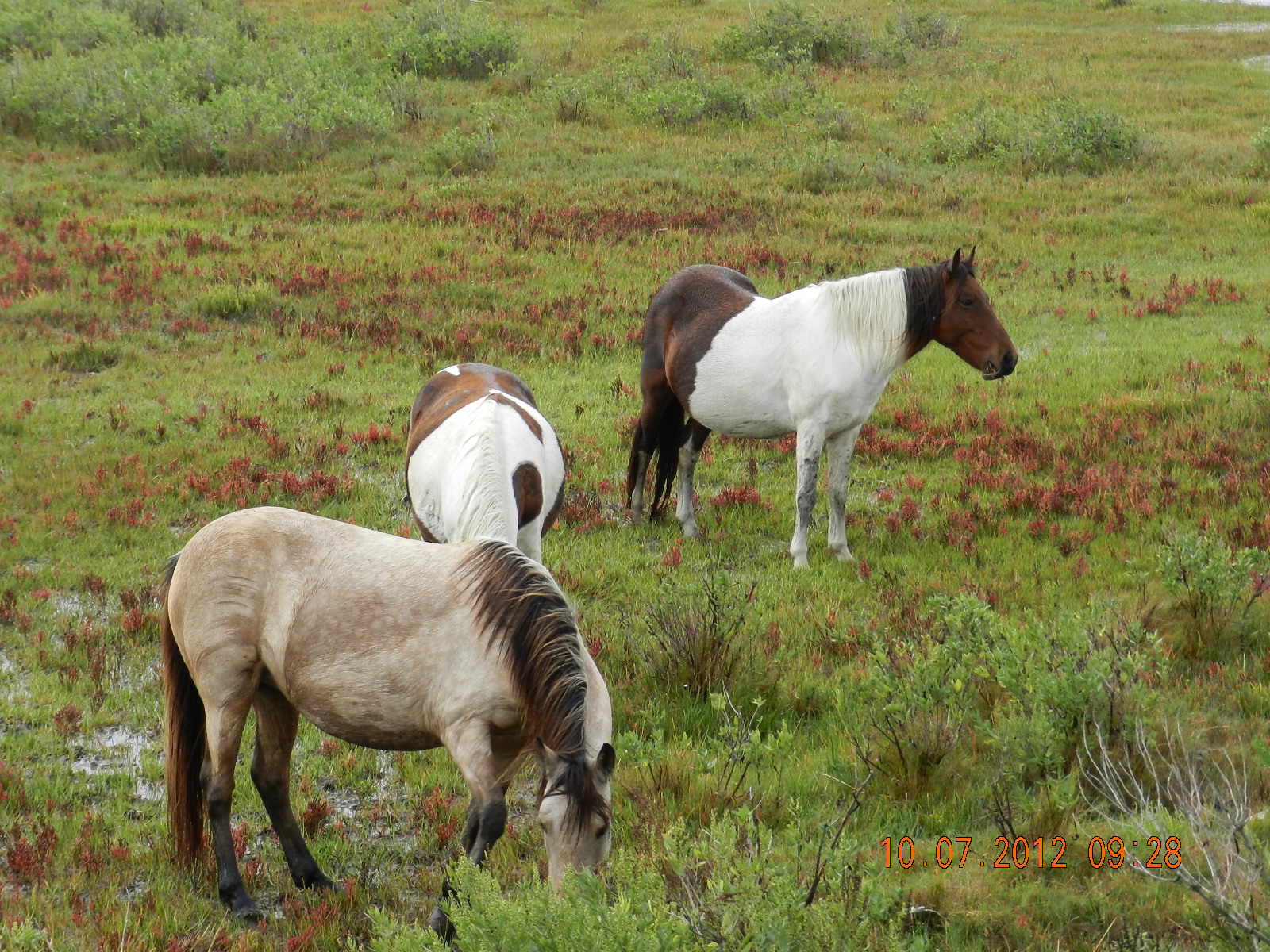 At the Assateague Island National Wildlife Refuge we had a tour and were fortunate enough to see the famous Wild Chincoteague Ponies. 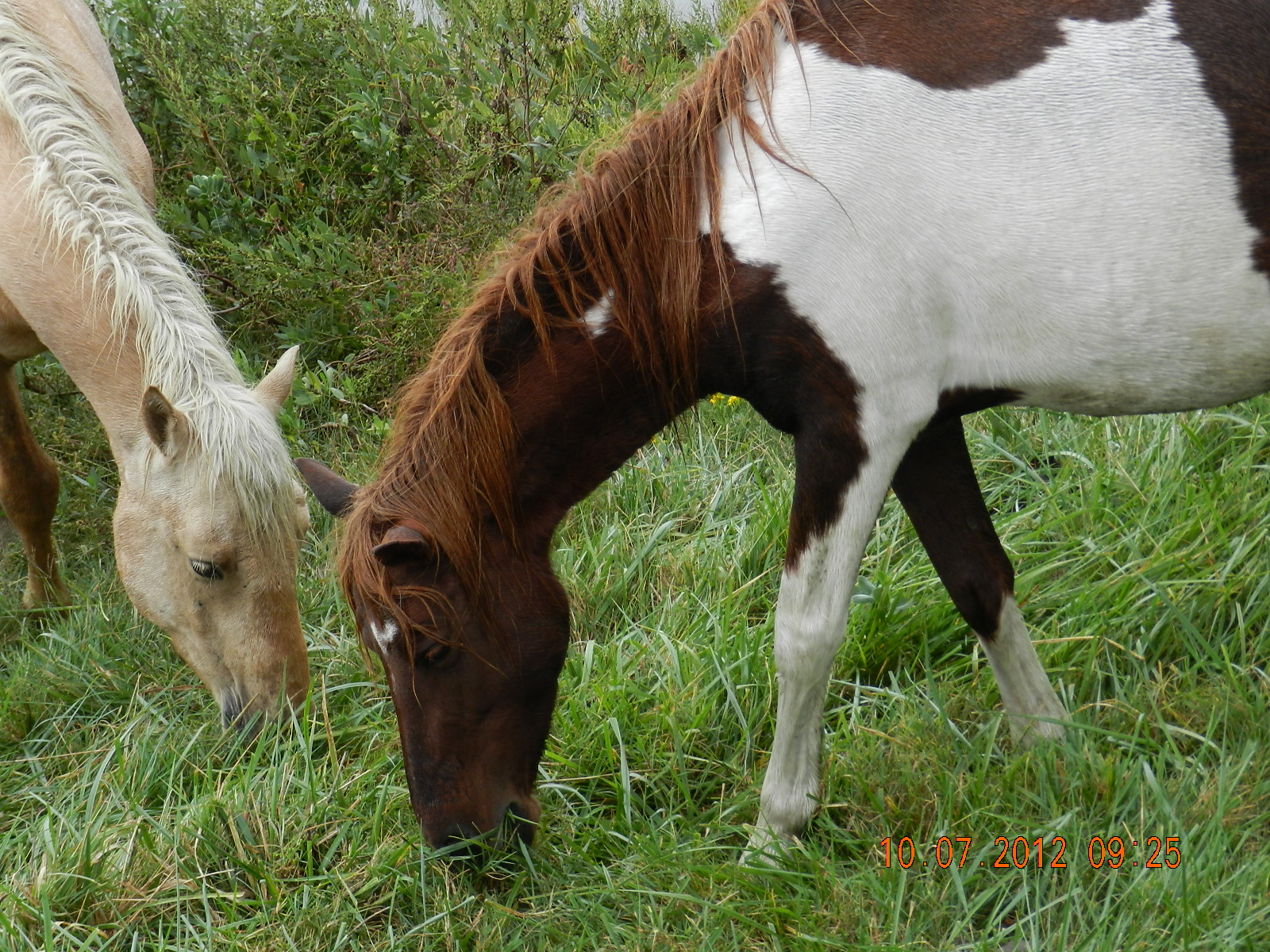 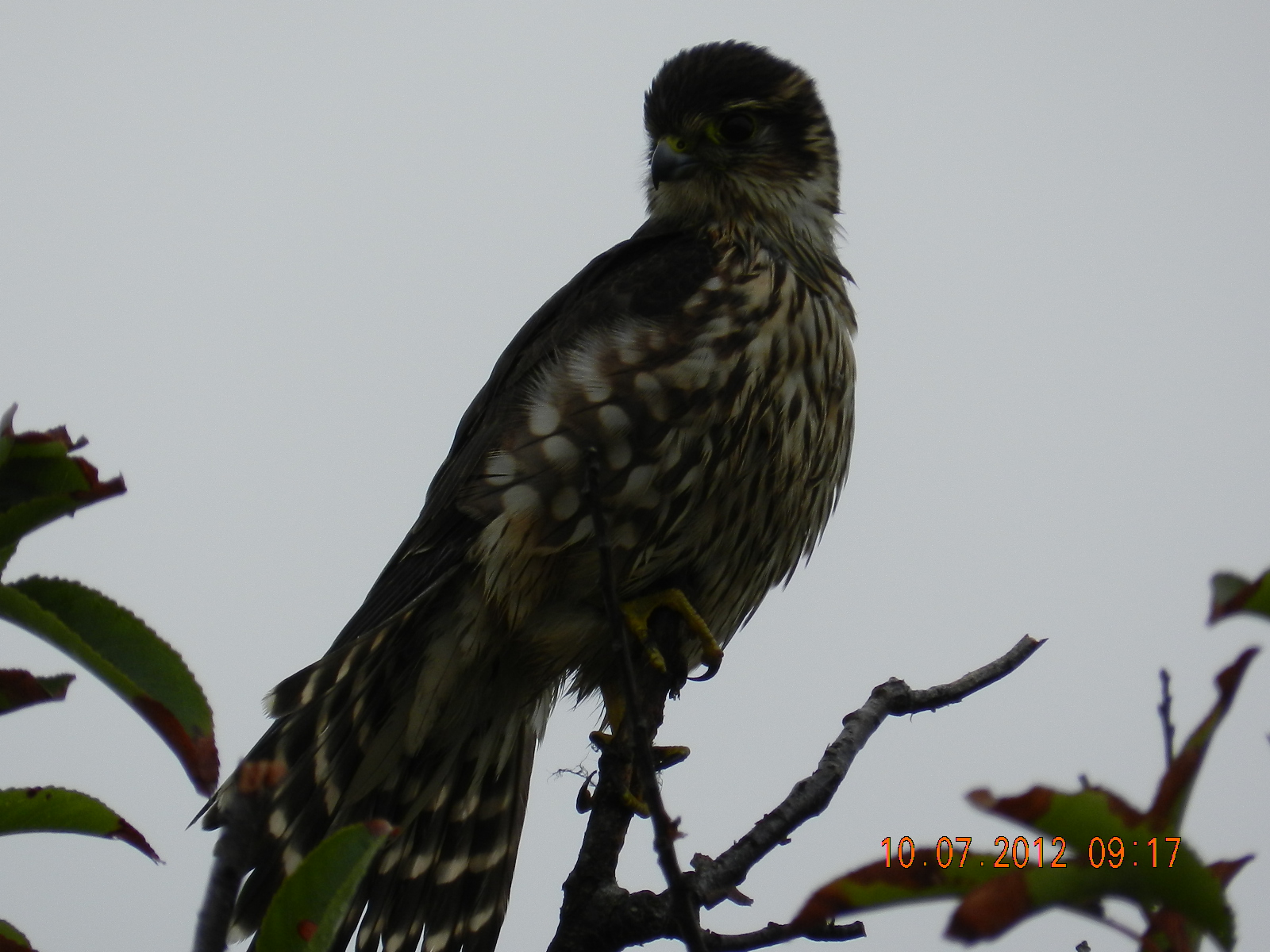 I don't remember what kind of bird this is.  Maybe Judy will know. 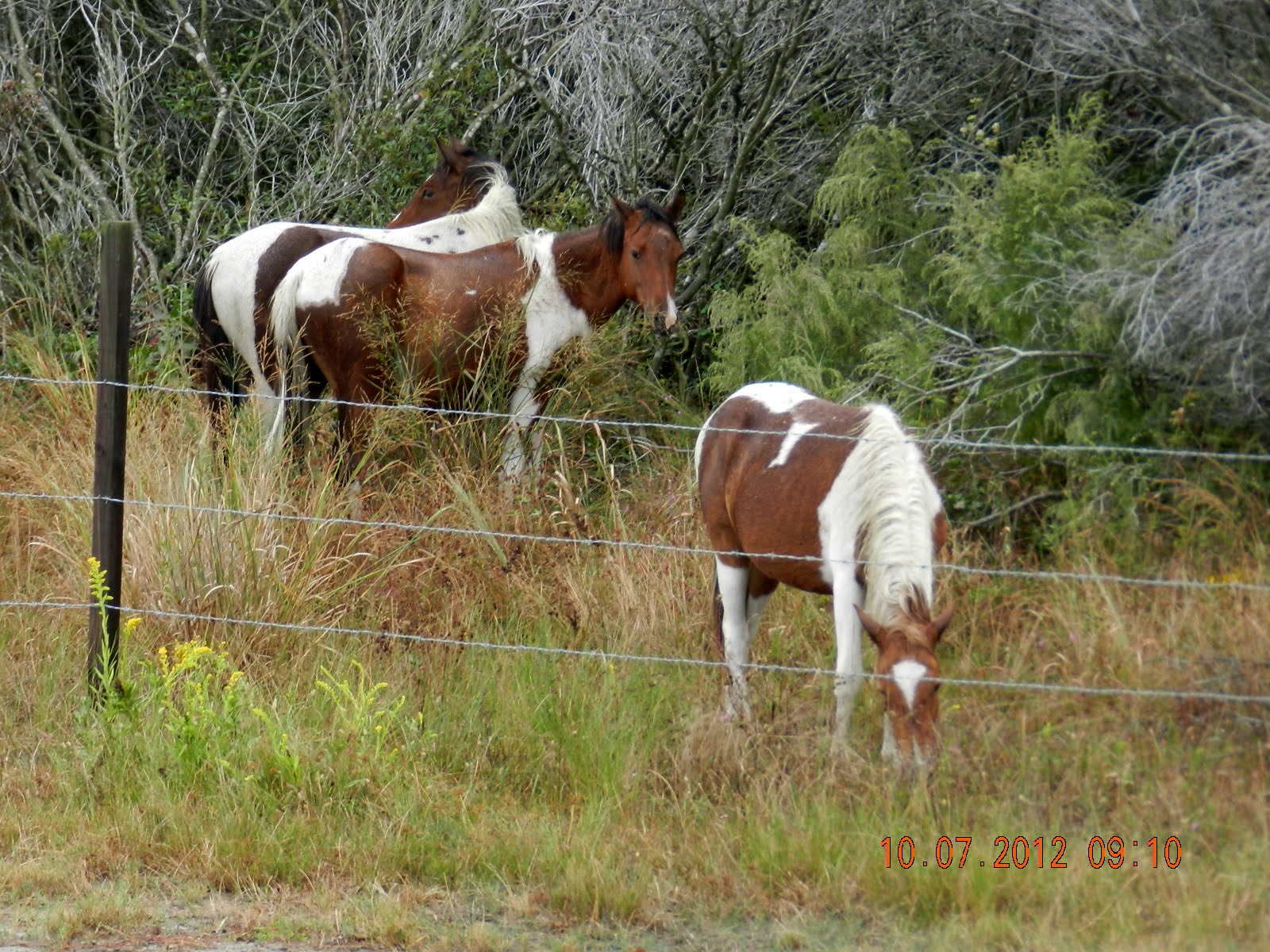 These were last year's foals that somehow got on the wrong side of the fence.  There is a fence that is suppose to keep the ponies out of an area where some shore birds and turtles lay their eggs on and/or in the dunes.   Our tour guide reported them and someone will herd them back around the fence 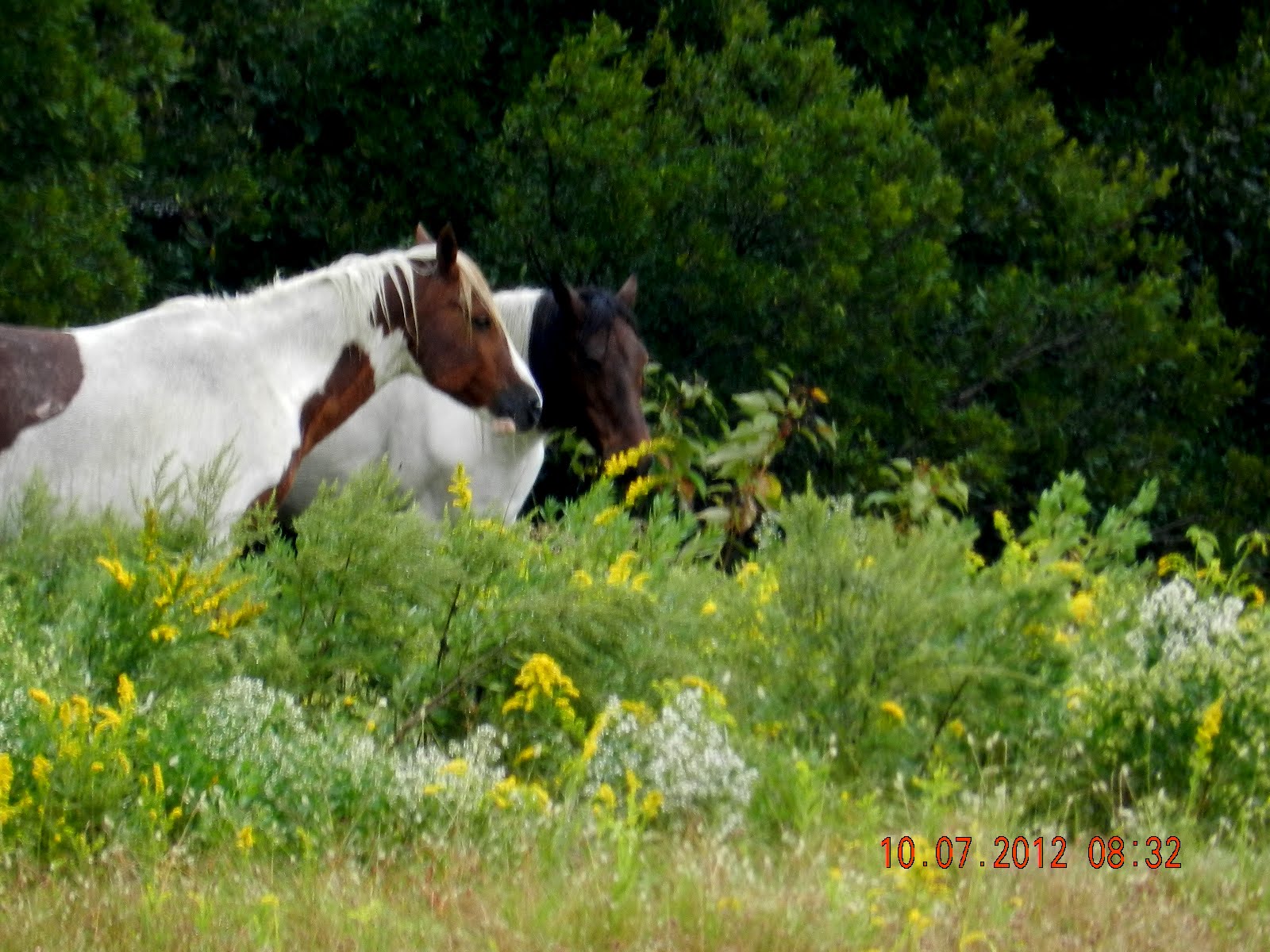 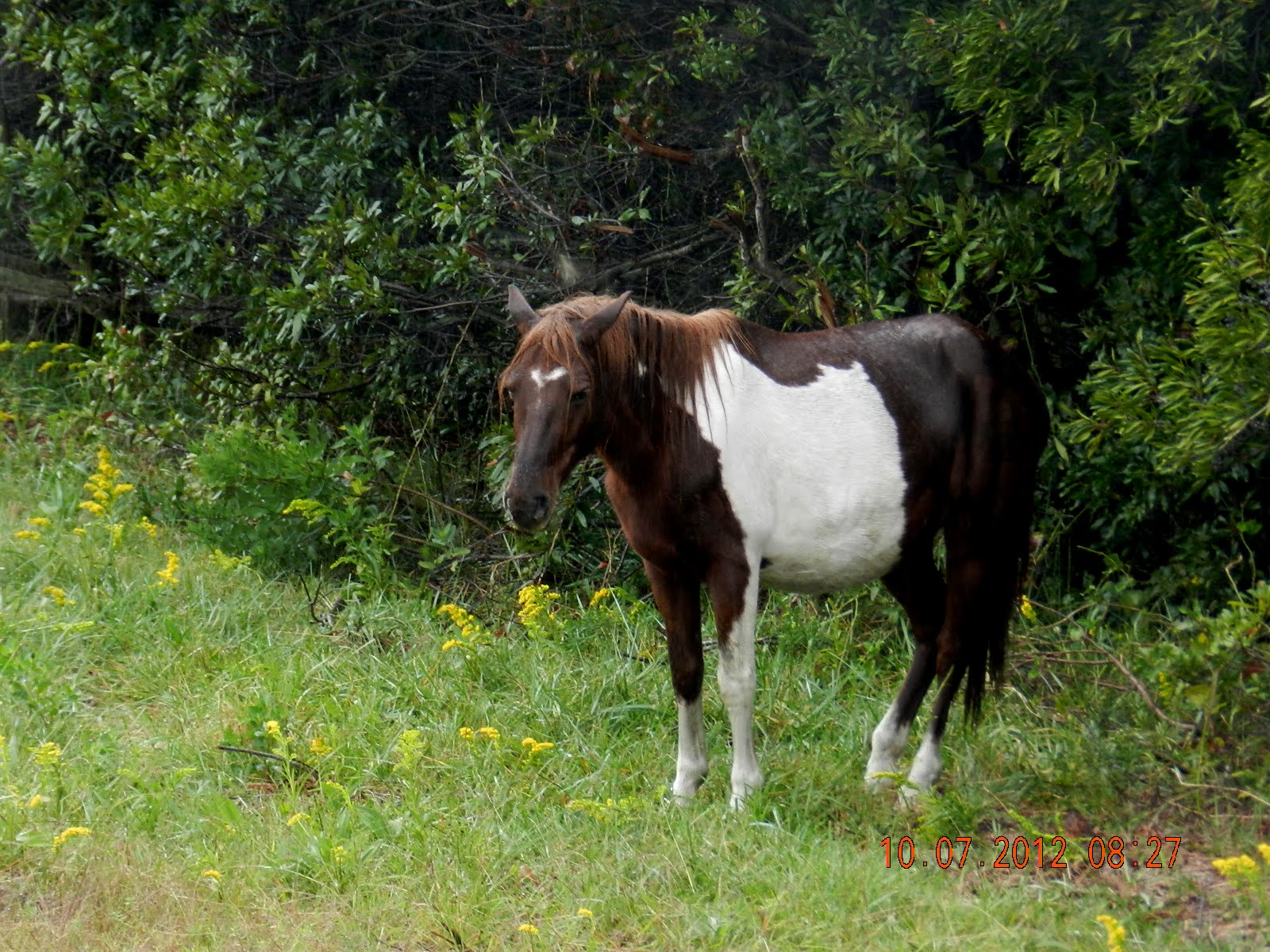 Each pony has an electronic chip with information about the horse.  They also have nick names, this one is Half n Half. 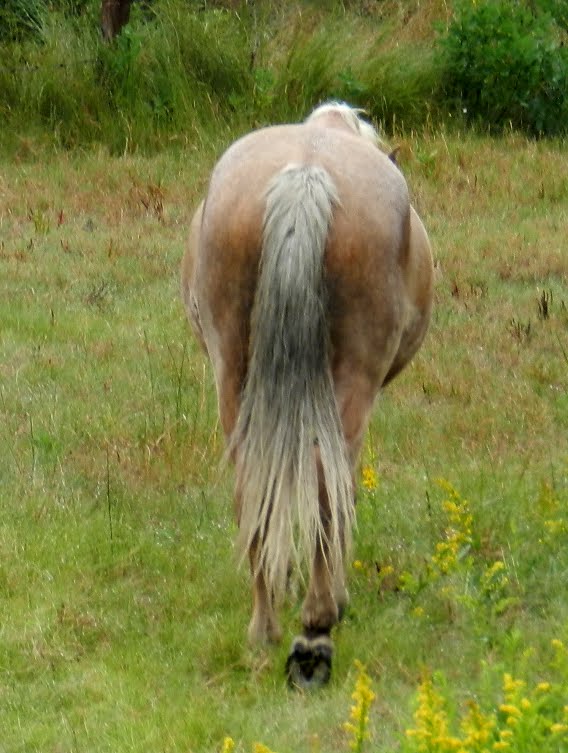 The end
(borrowed from Judy without permission)

That's it for this stop.

Have a blessed day, thanks for stopping by.

Nancy
Posted by Joe and Nancy Conrad at 5:35 PM