Spent the night of the 12th in the parking lot of the Airstream of Spokane Dealer which is actually in Spokane Valley.  We were lucky, we had the lot to ourselves which meant we got to have power and water if we needed it.  It was still 98' when we got there so yes we did need the power.  Because of the heat we decided to go to Discount Tire first thing in the morning.  They open at 0800 so we were there at 0730.

They took the chewed up tire and returned the spare to the spare storage place and mounted a new tire.  The were very nice but it took a while because of the need to rotate the tires on the other side.   FYI to everyone:  We were traveling east on I-90 at 60 mph in 101' heat, the pavement was probably 120' the steel belts in the tire heated up to who knows what.  The combination of everything is very disastrous for trailer tires.  The manager at Discount Tire said that during the summer they have 4 or 5 trailer tire blow outs every week, just like ours.  During the fall, winter and spring he might see one per month.  He said that in extreme heat like this it wouldn't hurt to reduce the tire pressure about 5 psi from the manufacture suggested psi.


Now that's what I call a shredded tire 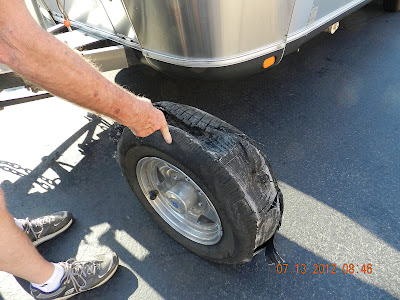 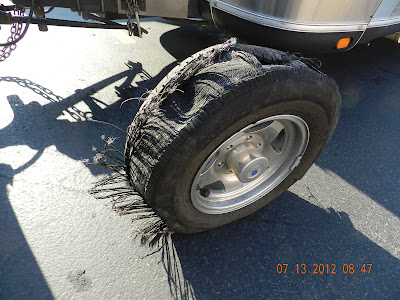 We had to go back over to the Airstream Dealer because when I was putting the step up I noticed we were missing a screw, which is a special screw.   Fortunately Discount tire and Airstream are only a couple of miles apart. 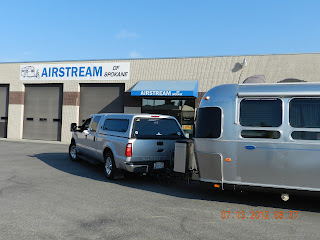 The mechanic is on vacation so Nick, owner and sometimes mechanic fixed everything up for us.  Nick and his wife Karen are extremely nice and have always been very helpful.  One time Nick even waited for us when we were coming in late to spend the night, he wanted to be sure that we had power and water. 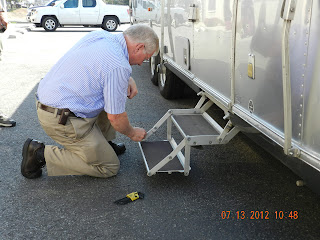 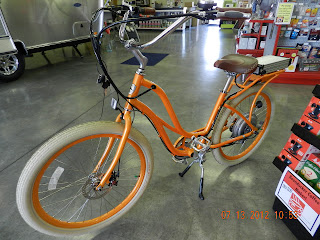 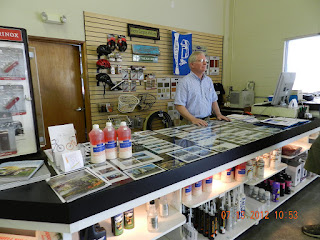 We finally got on the road at about 10:30 and we still had to get fuel.  I use Gas Buddy all the time and it has sure paid off.  Most of the diesel around here was about $3.80ish and just across the boarder in Idaho was a few cents less.  But, I found a Conoco 16 miles away just off Hwy 95 which is the way we were going that had diesel for $3.55 and we needed about 75 gal.  In fact all the stations in this little area were about the same price.

OK, we finally made it to the boarder crossing and there was only one person in front of us.
This is the boarder line, Canada on the left and US on the right. 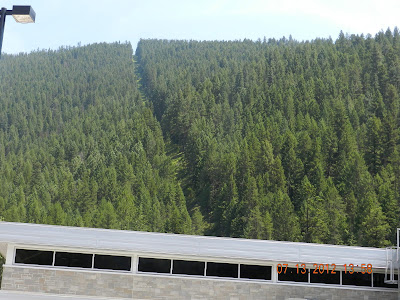 We are now headed to Crows Nest Pass RV Park.
The Canadian Rockies are so beautiful along Hwy 3 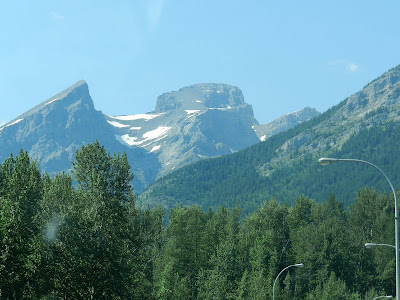 We finally met up with our friends, in fact when we pulled in, it was dinner time (we are now in Central Time Zone), Marilyn had a ham, potato salad and a fresh salad from her garden just waiting for us, and hubby Gene, had the wine ready to pour,  we all had a great dinner, then to top it off Marilyn had home made chocolate chip cookies.


The end of a pretty darn good day, Praise the Lord! 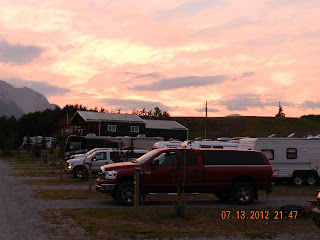 Safe travels to all, thanks for stopping by.