I guess I forgot to explain just what is this Alumapalooza.  Well I guess you could say that it is a gathering of people that own an Airstream RV, or want to own an Airstream.  The event is hosted by Airstream, Inc at their factory and by the magazine Airstream Life.

For five sunny days (and a few rain drops now and then) we were parked in a field with 179 other Airstreams and well over 300 people.   We had seminars on cooking, Dexter axle, towing and hitches, full timers, just to name a few.  There were fun contests too, a backing contest using a small U-hall trailer and a contest of riveting.  The kids had many outings including a trip to the local swimming pool and the fire department came out and let the kids use their fire hose and sit in the fire truck.  We had roving happy hours, which was fun, spend about 15 min at several trailers to meet other people; open grill every night, which was also fun, Airstream had three large grills that where fired up with charcoal by 5:30 and you bring whatever you wanted to BBQ and then we ate in the main tent.  One night we were fed BBQ hot dogs and hamburgers with all the trimmings.  Saturday night we enjoyed a catered dinner sponsored by State Farm Ins.  Then there was the entertainment which was excellent, including Antsy McClain and the Trailer Park Troubadours for 21/2 hours.  Antsy is amazing, an accomplished musician, comedian and story teller.  He is a fantastic and fun entertainer.  He is hard to describe, you just have to see him to understand him.

This was our first Alumapalooza and we had so much fun, we hope to be able to attend again next year. What's also fun at these gatherings is to visit with people that you already have met, it was fun to see people from our caravan, the rally in Sarasota FL and the Cannopener Rally in Dustin, FL.  When we headed east last fall we only knew one or two people out this way, now we know many and of course we invited all to come visit in Washington. 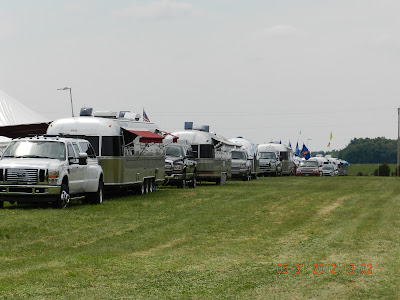 Antsy McClain at intermission, we was given a Staff Alumapalooza shirt and name tag 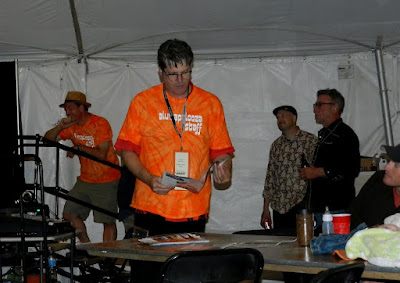 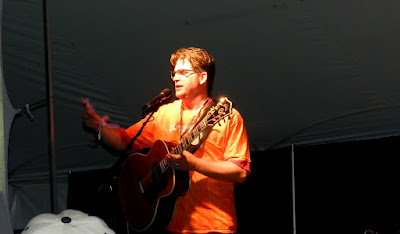 We visited a cute little town, St Mary
I hope you can read this 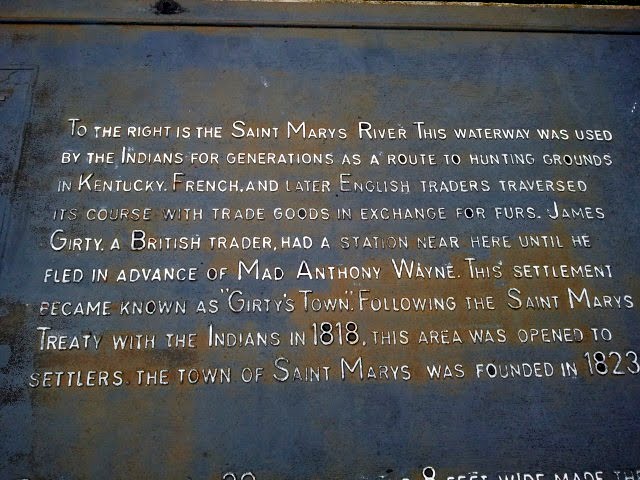 .
This is an original canal with a replica of a boat that was used to haul supplies up and down the canal.
The old brick building has doors facing the canal so the barge can just go
up to your door to deliver your items. 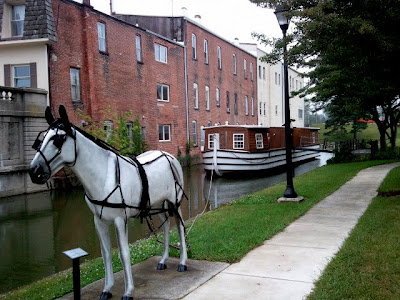 They have a gorgeous Memorial Park in town 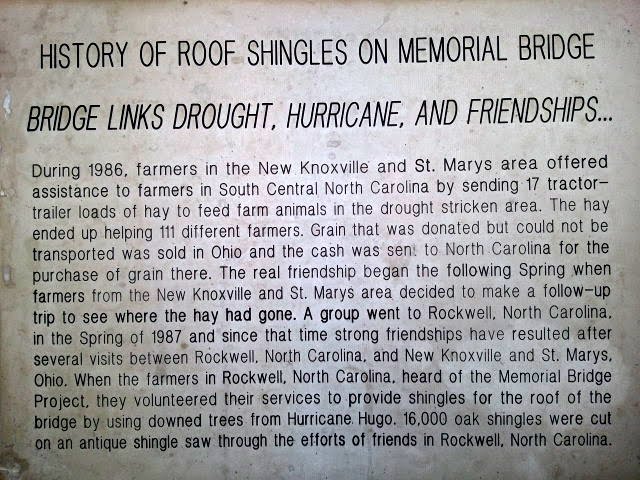 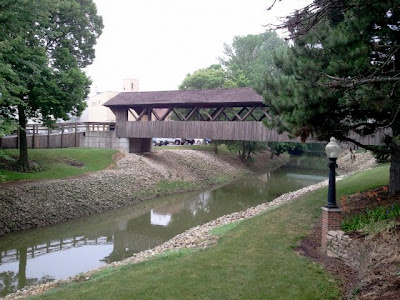 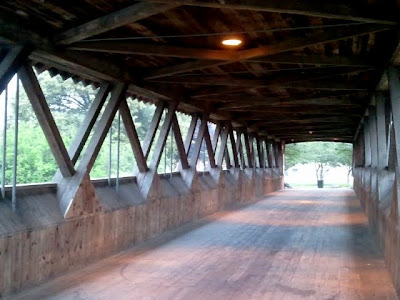 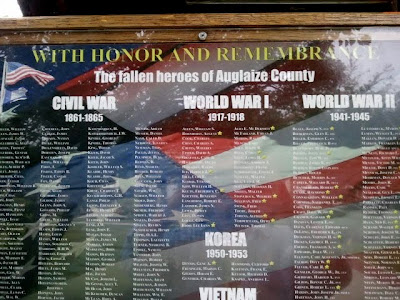 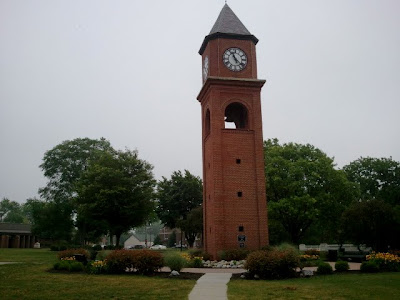 We are in the middle of farming, wheat, corn and soy beans.  The corn was just barely coming up when we first arrived in Jackson Center, a couple of weeks ago.  Everyone was worried because they were in a drought.  After the rains we had the corn doubled and doubled again in size by the time we left and the soy beans where starting to come up.