Monday morning started at 0630 with Joe taking the truck to the local Ford Dealer for it's regular oil change and check up.  Just regular stuff and they called at noon saying the truck was done and they would send their driver out to pick us up, sure enough he was here 15 min later.  So now we had a half day, perfect for going out to the Alaskan Pipe Line, just a few miles out of town.

One of the big negatives of the pipeline was that it would affect the Caribou.  Well after many studies, they Caribou have flourished in their own habitat as they are very adaptive creatures and learned that it is ok to cross the pipeline. And , for some reason the caribou in the National Parks & Forests have not produced as many babies as the ones around the pipeline.  One reason could be that there is a wide path around the pipeline that has less brush and lots of grasses. 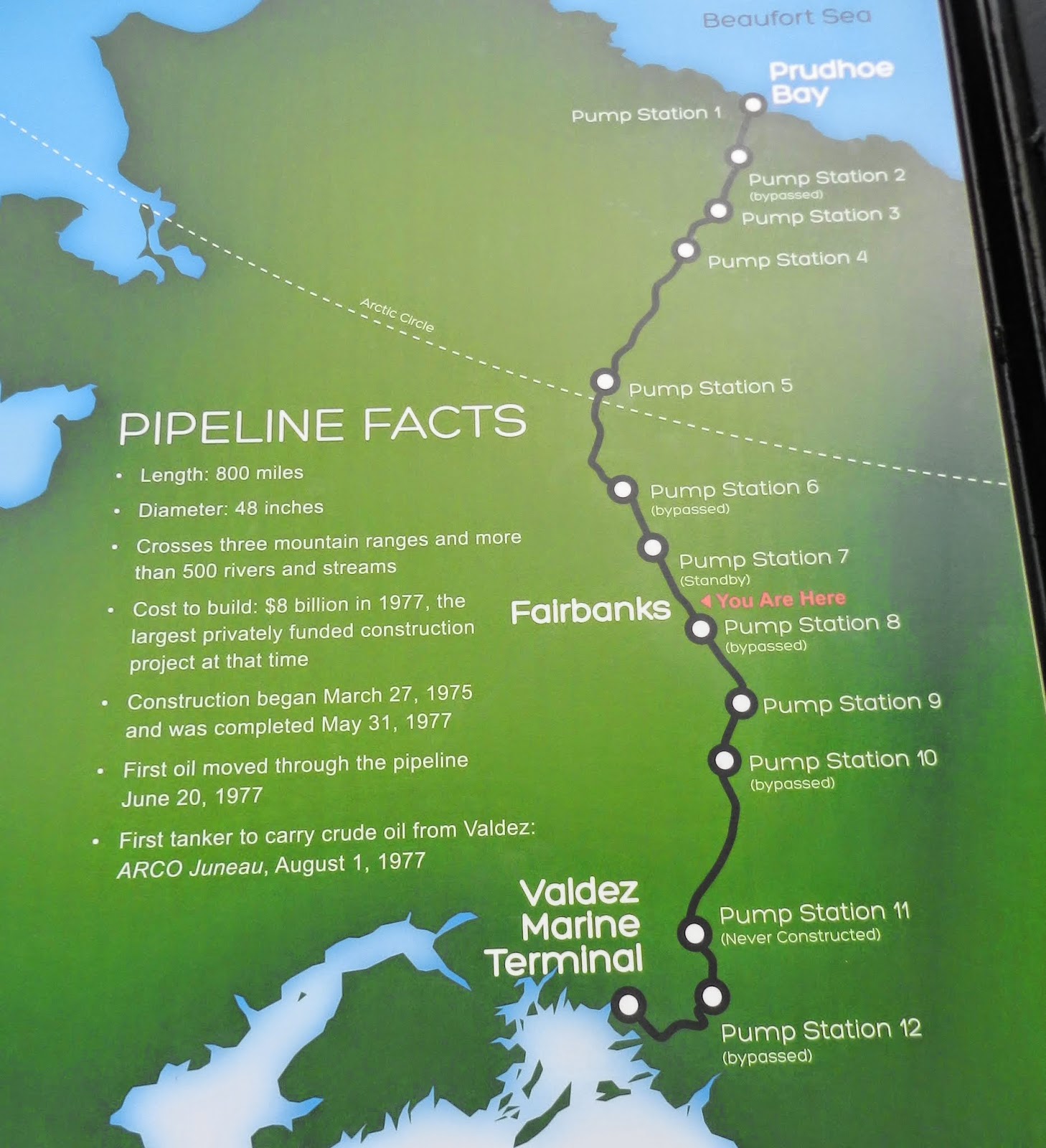 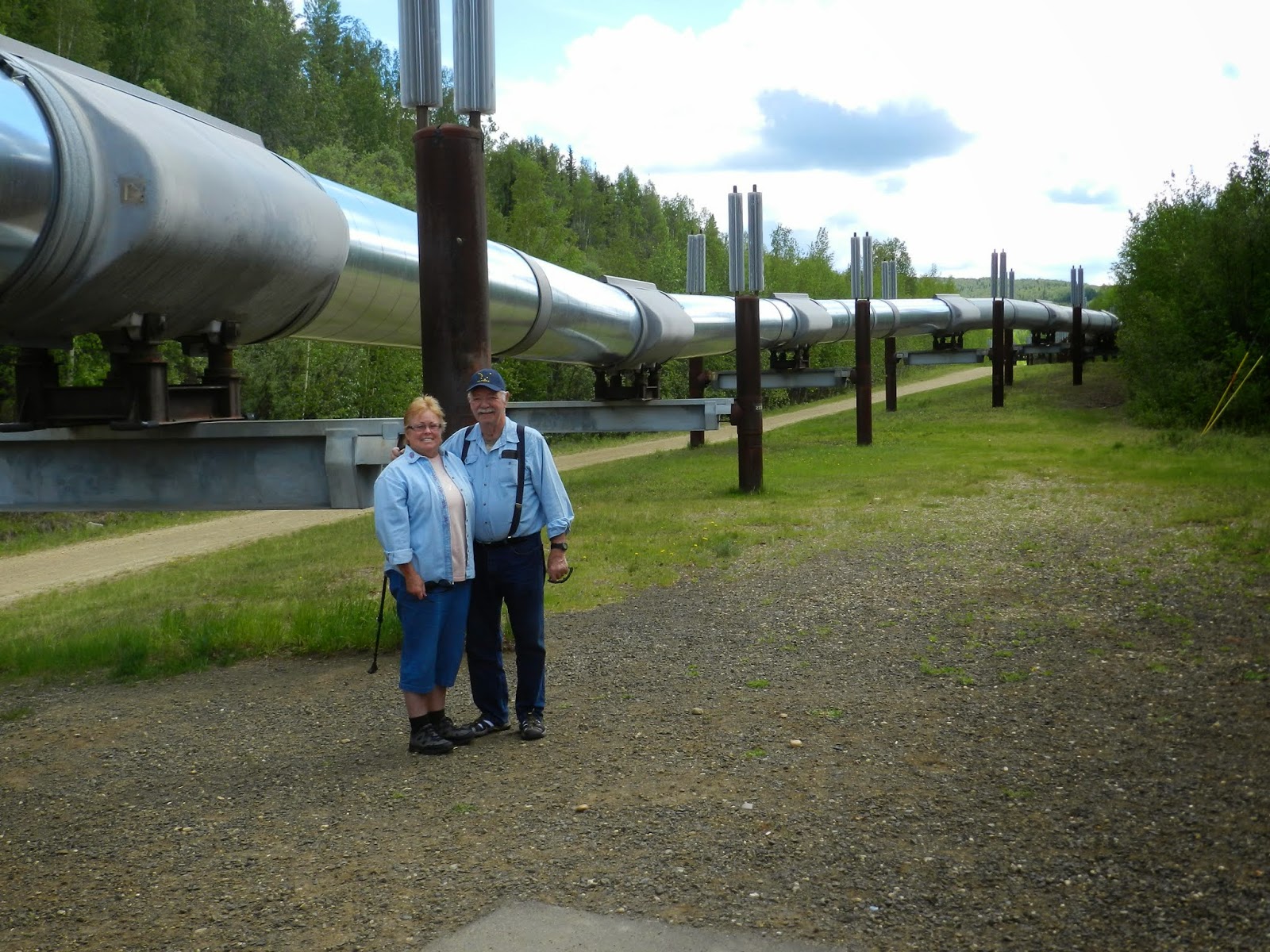 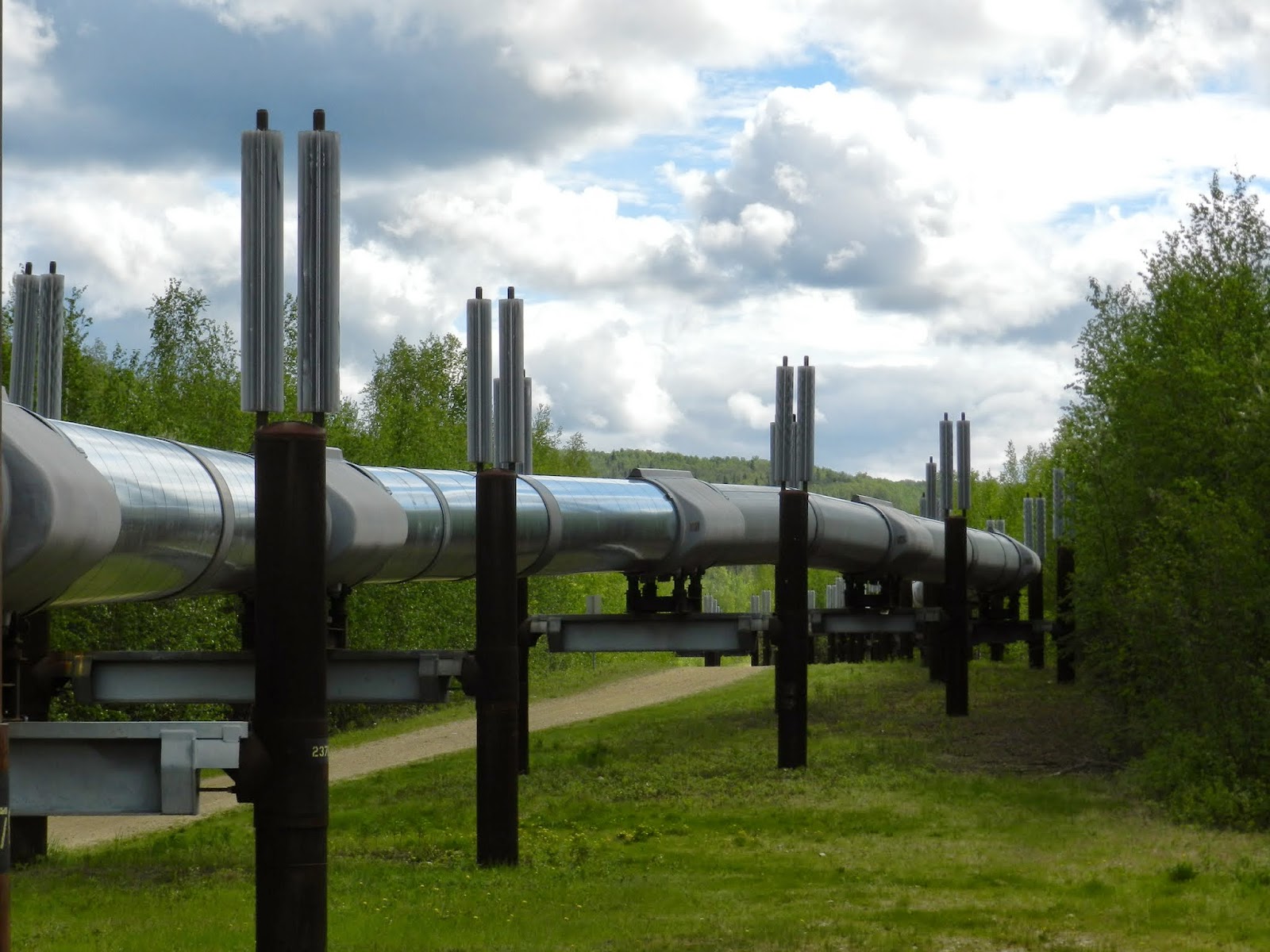 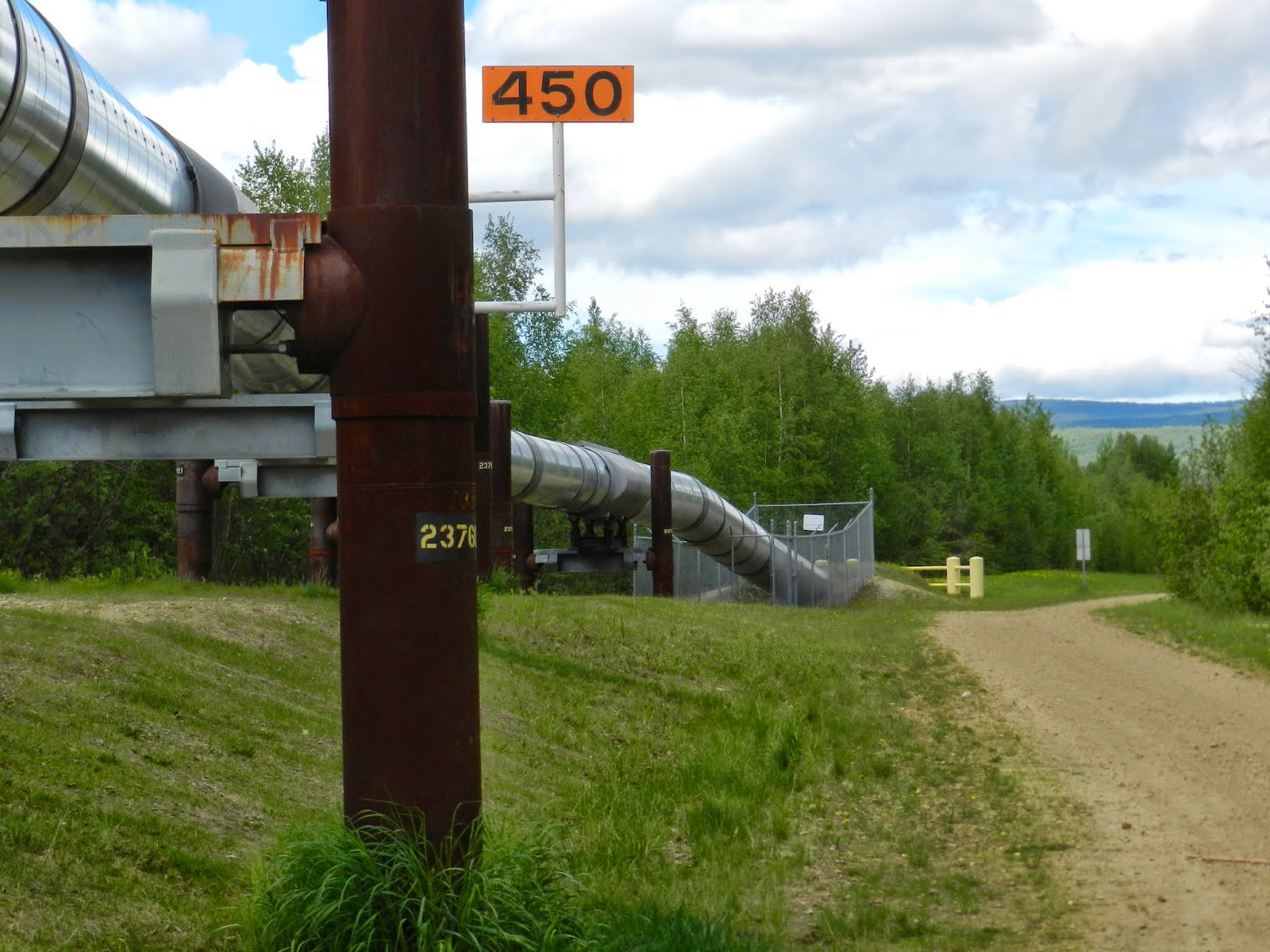 The Pipe Line is sometimes underground, mostly above ground because of the perma frost. 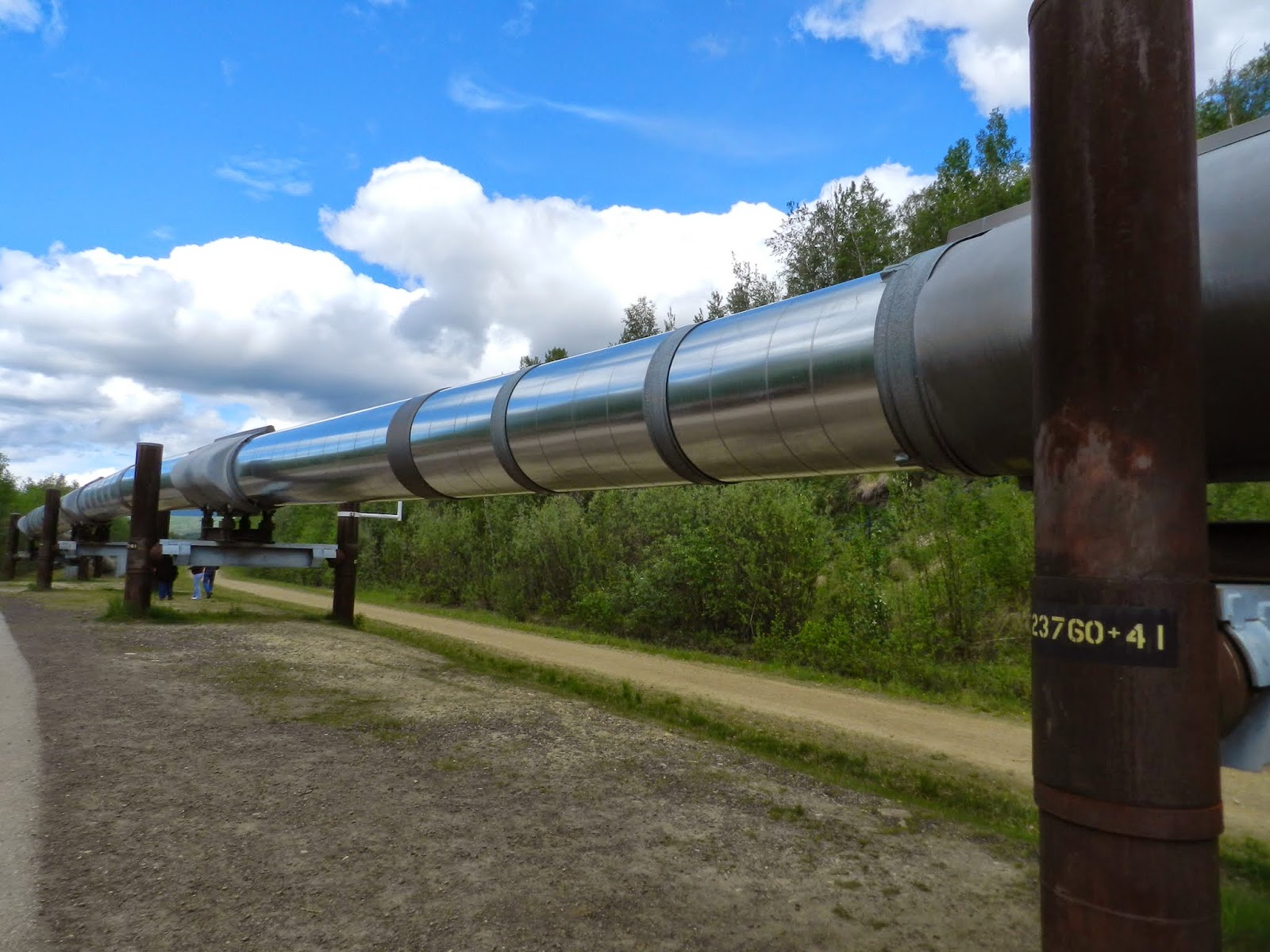 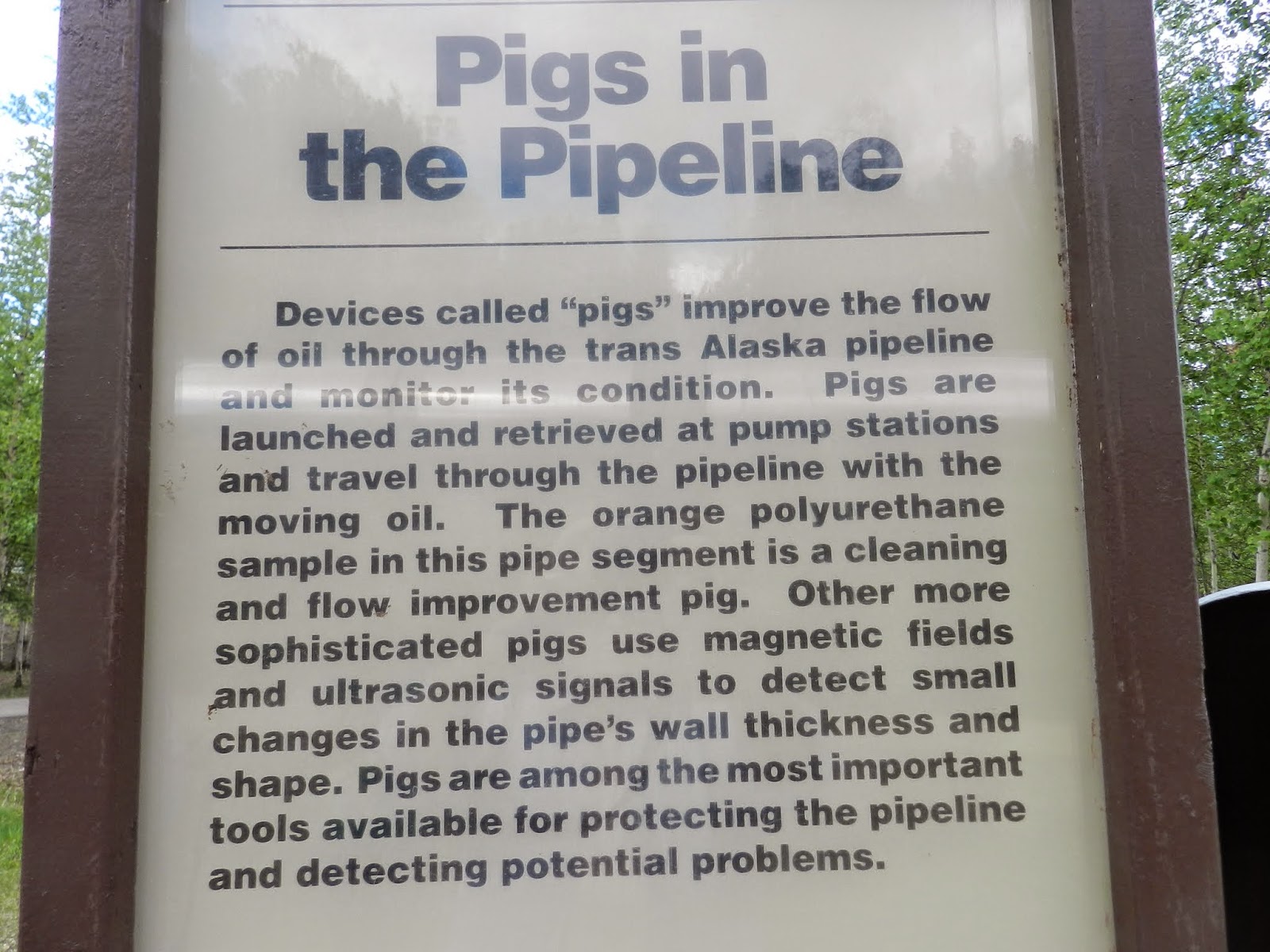 It's a good thing I wasn't in charge, I would never had thought to put "Pigs" in the Pipeline. 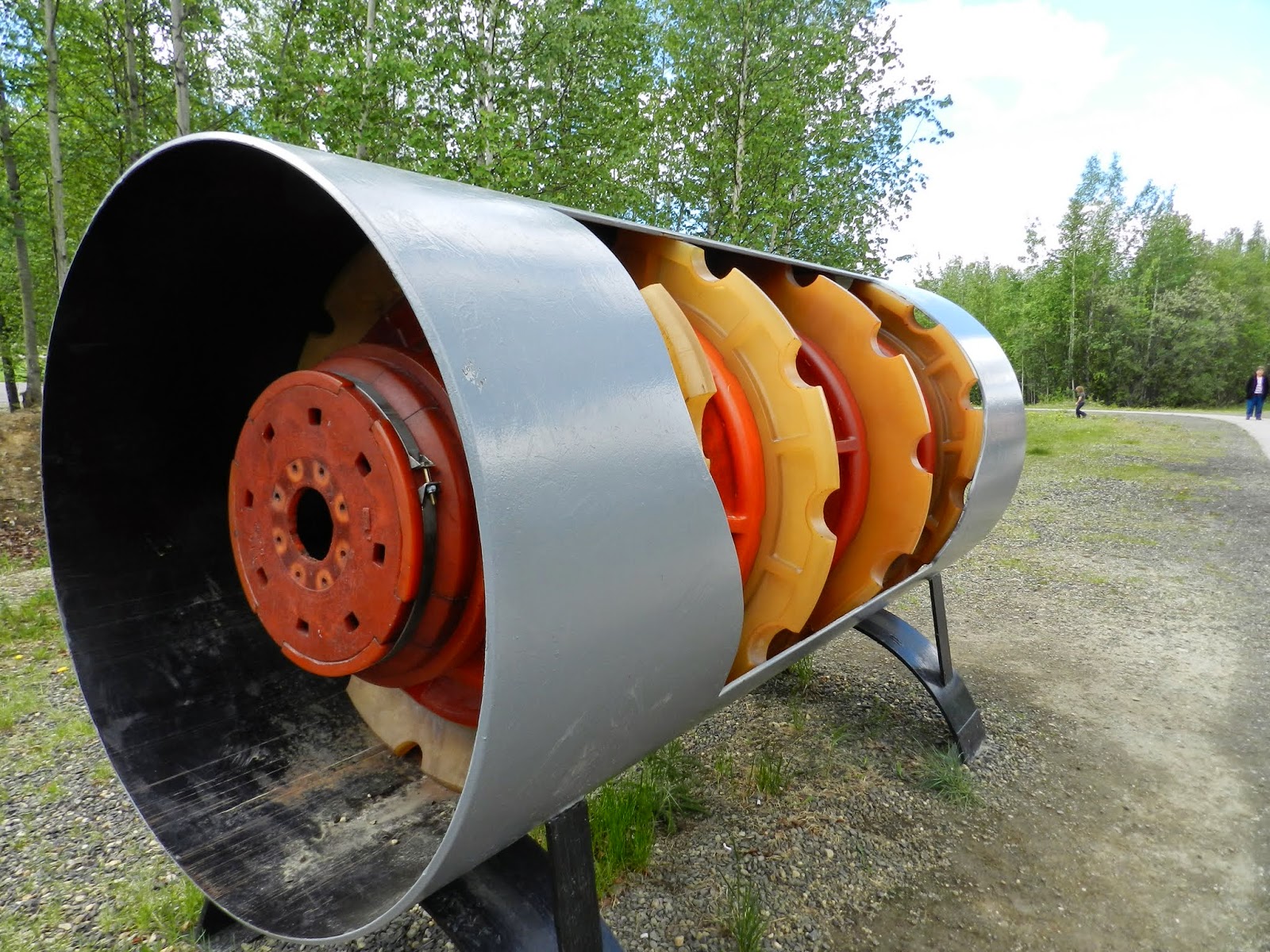 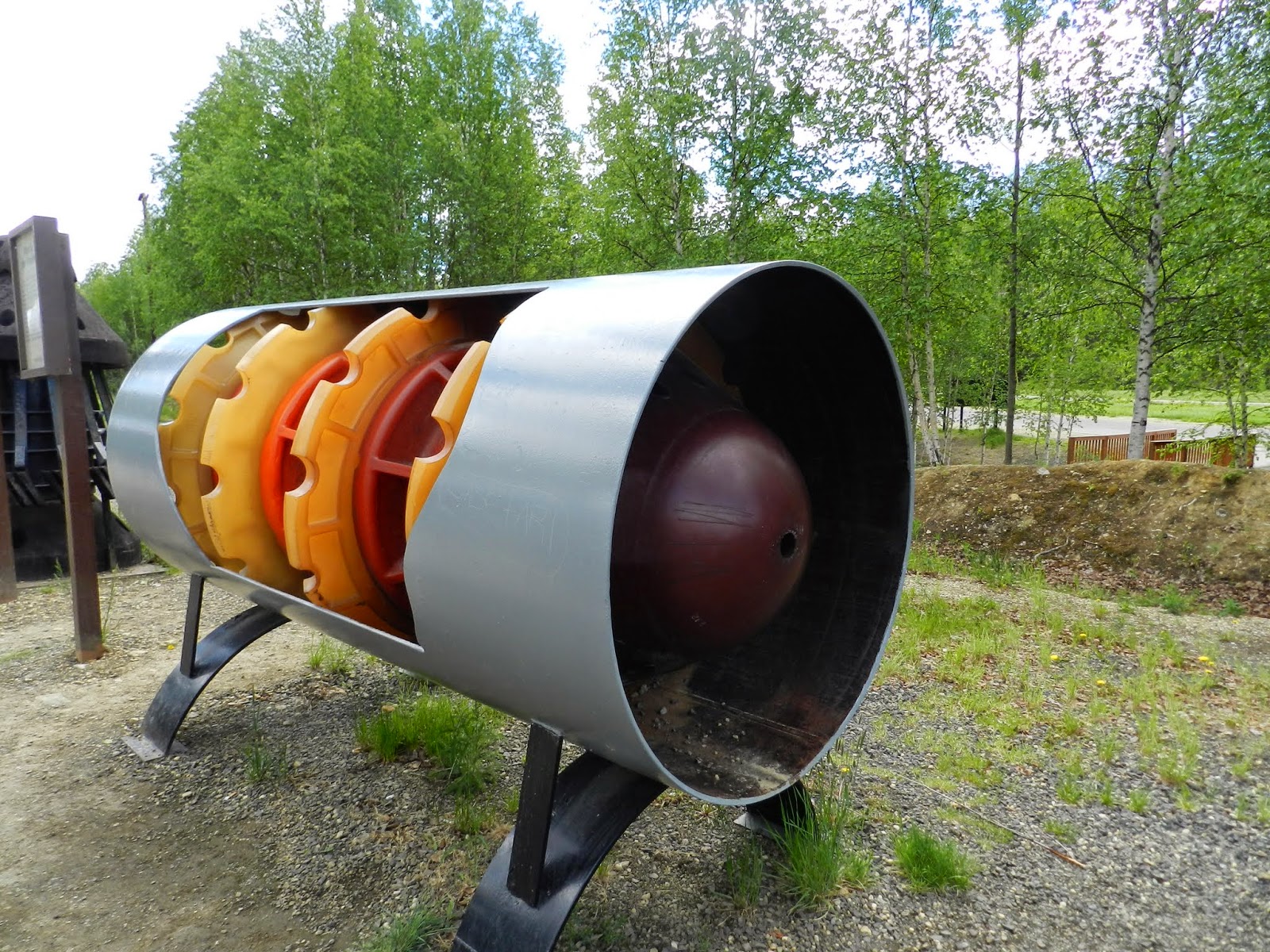 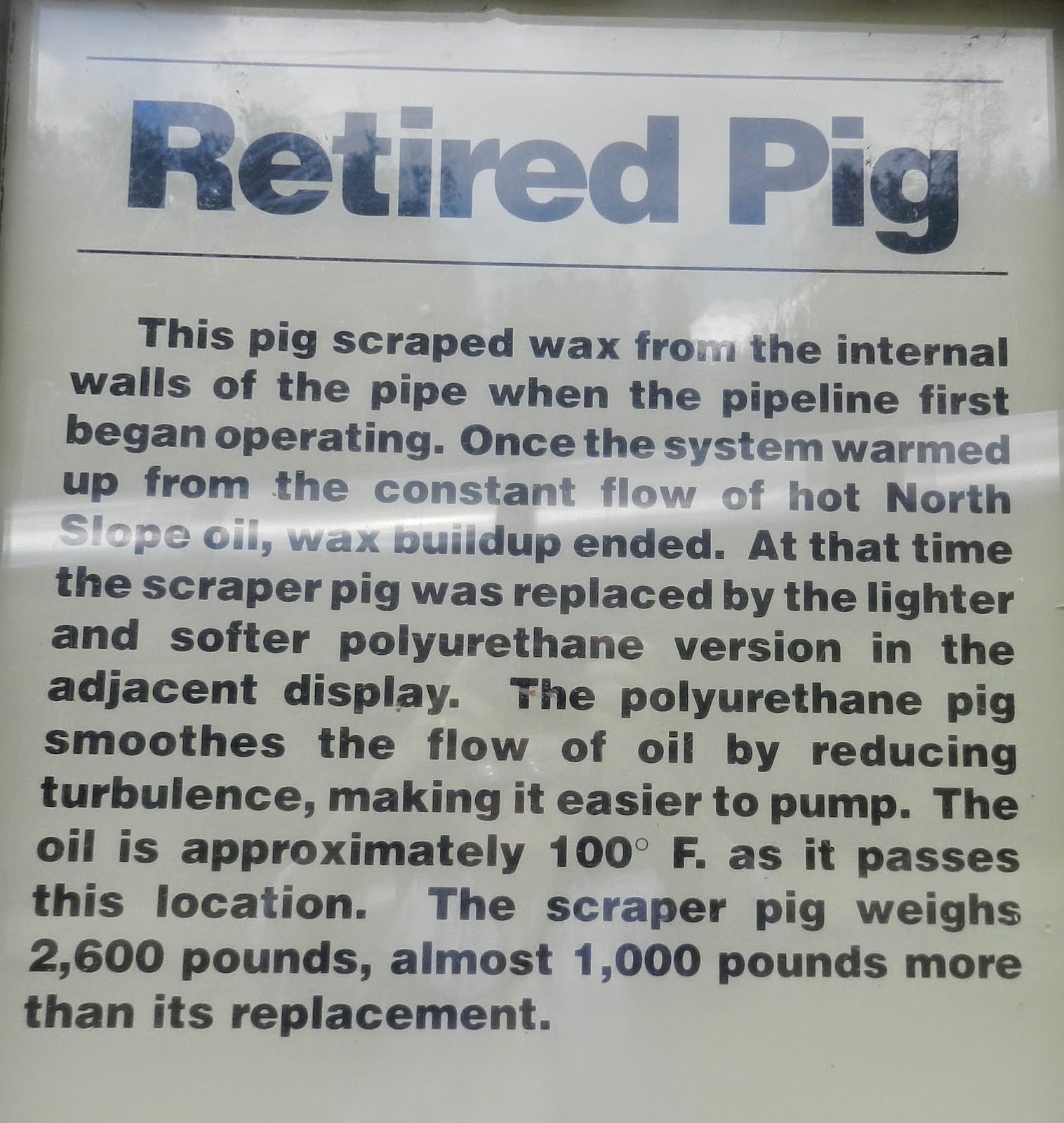 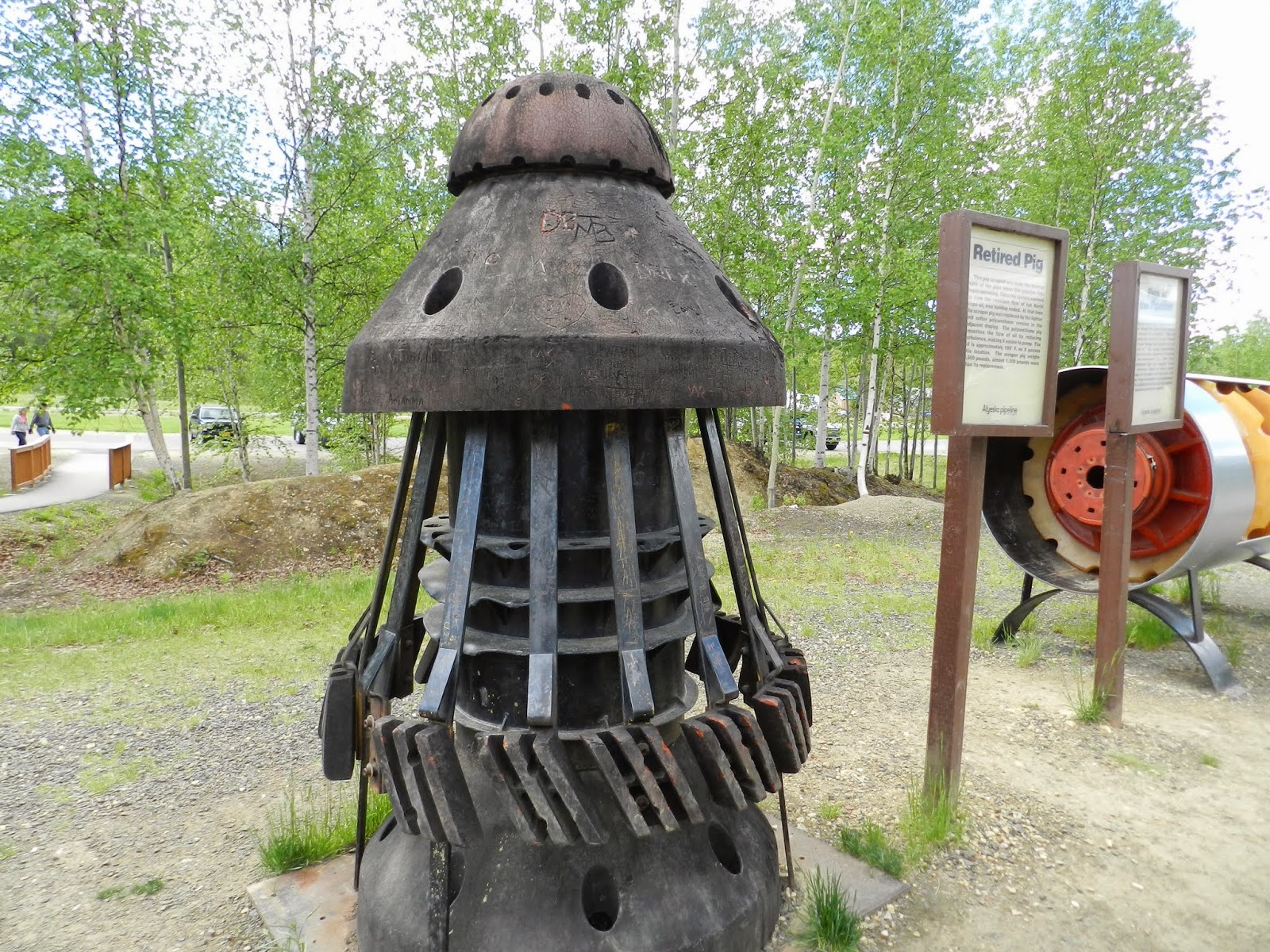 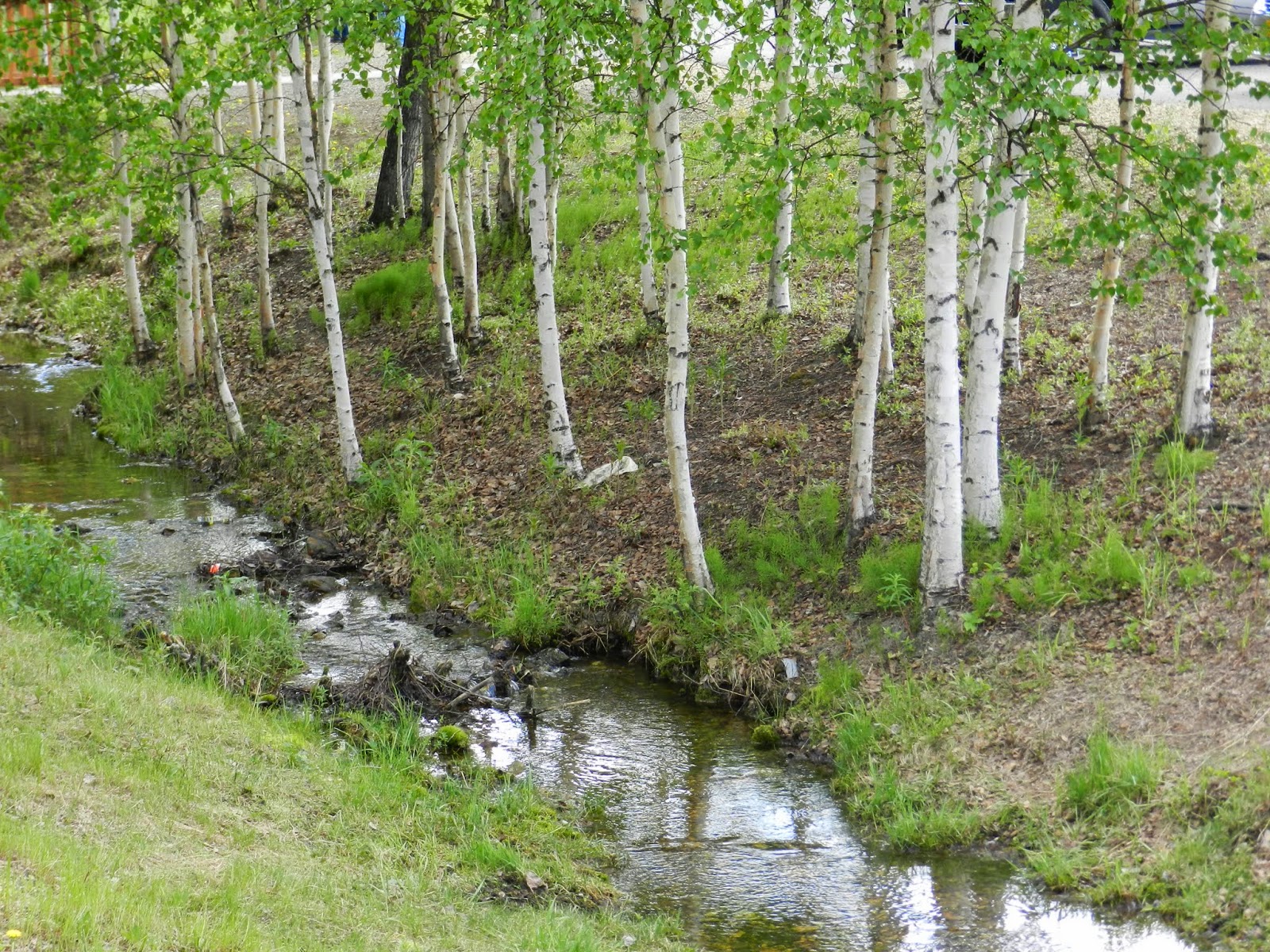 I love the Birch Trees in Alaska 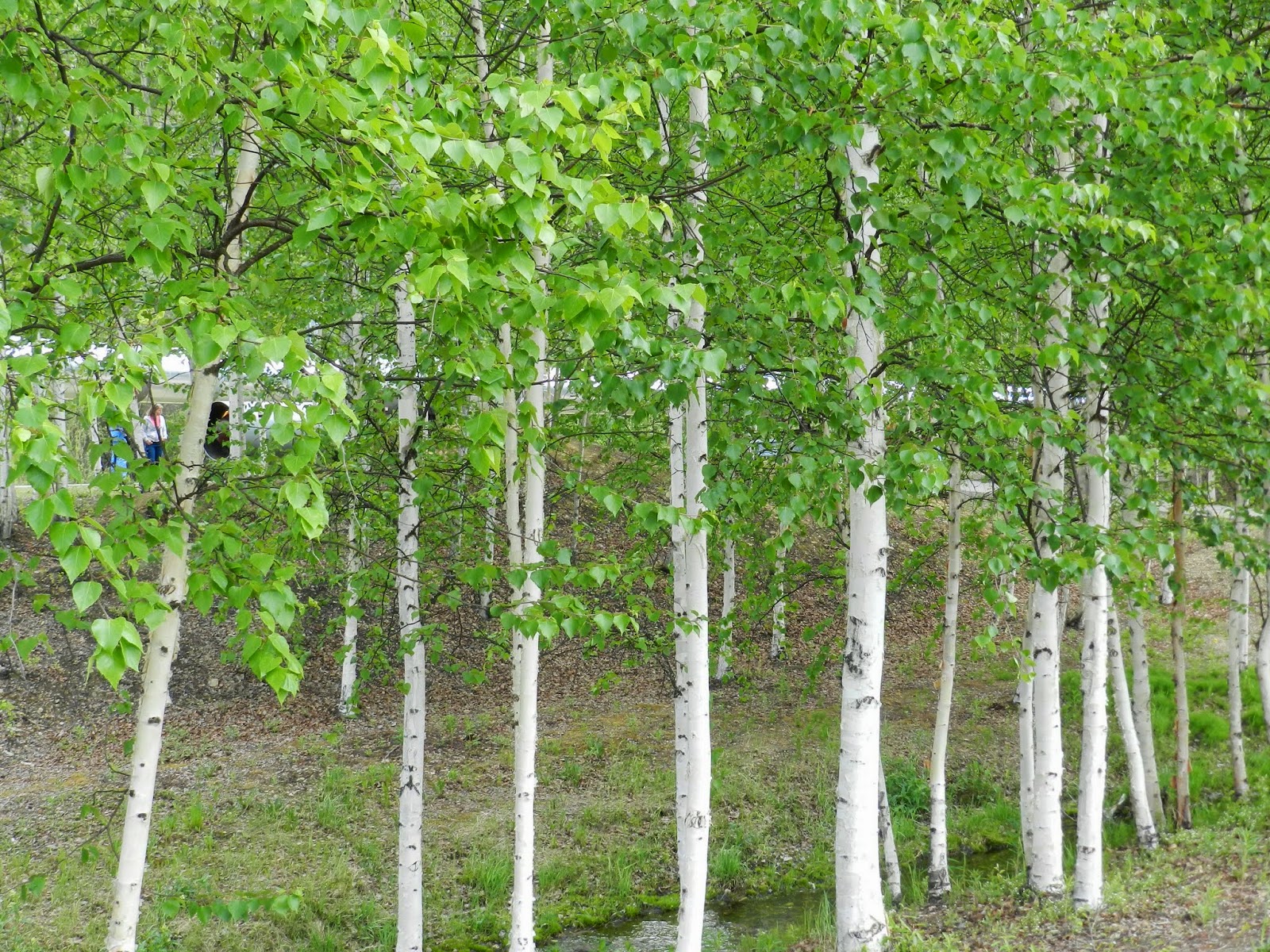 Back at our campground, that spot on the front window is just a reflection.  We are in a really nice very large wooded spot.  Notice we are all sparkly clean. 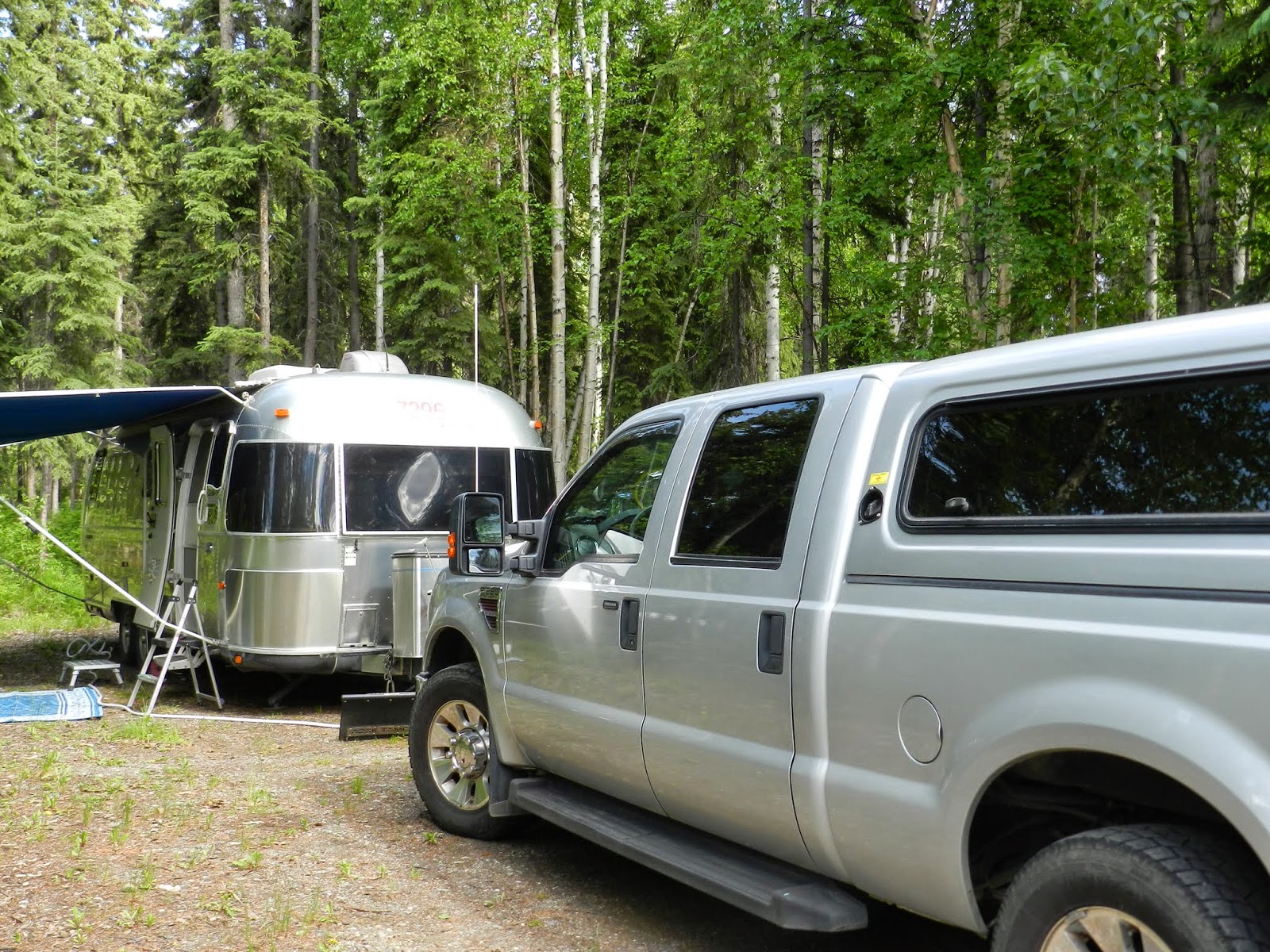 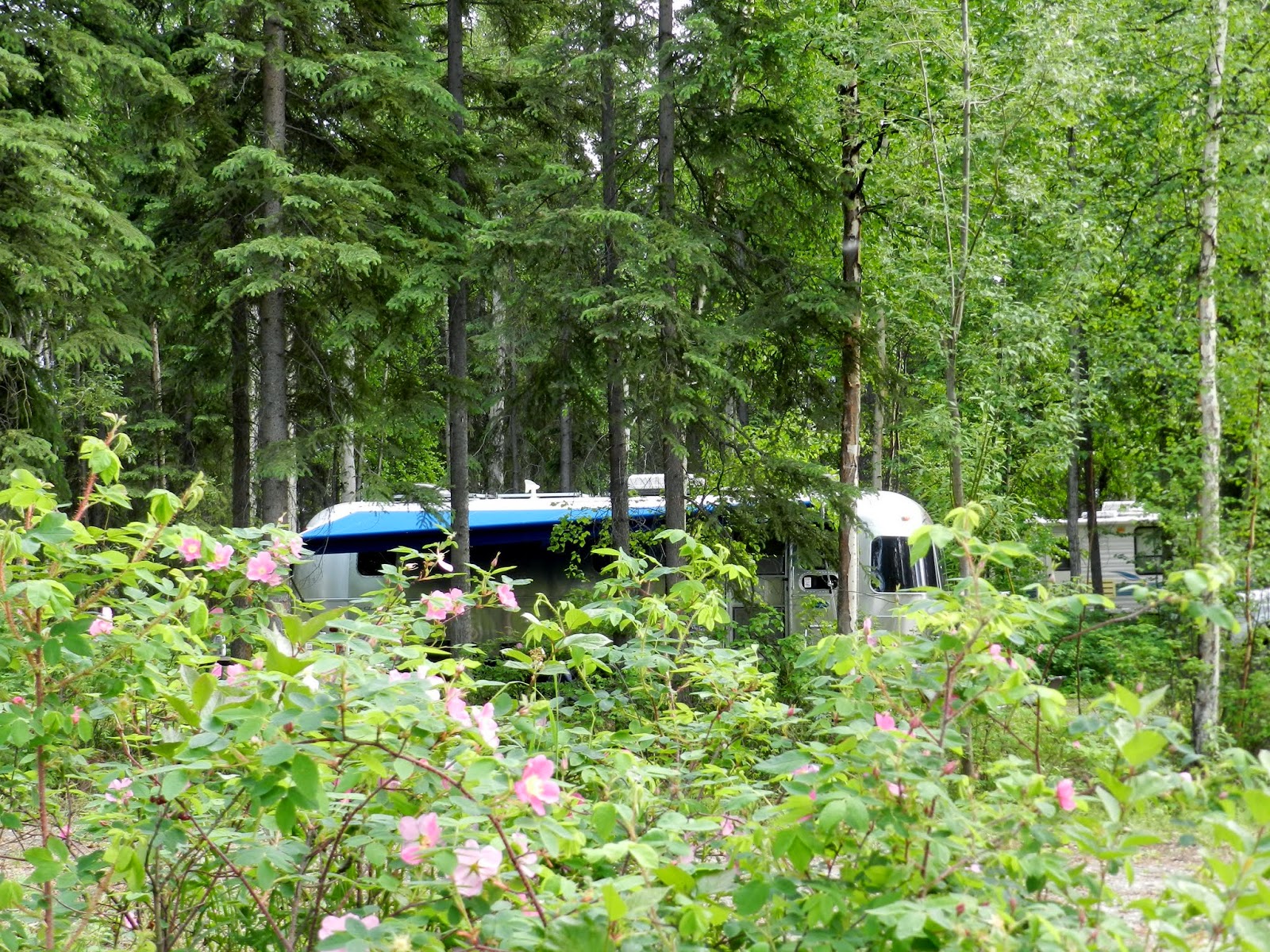 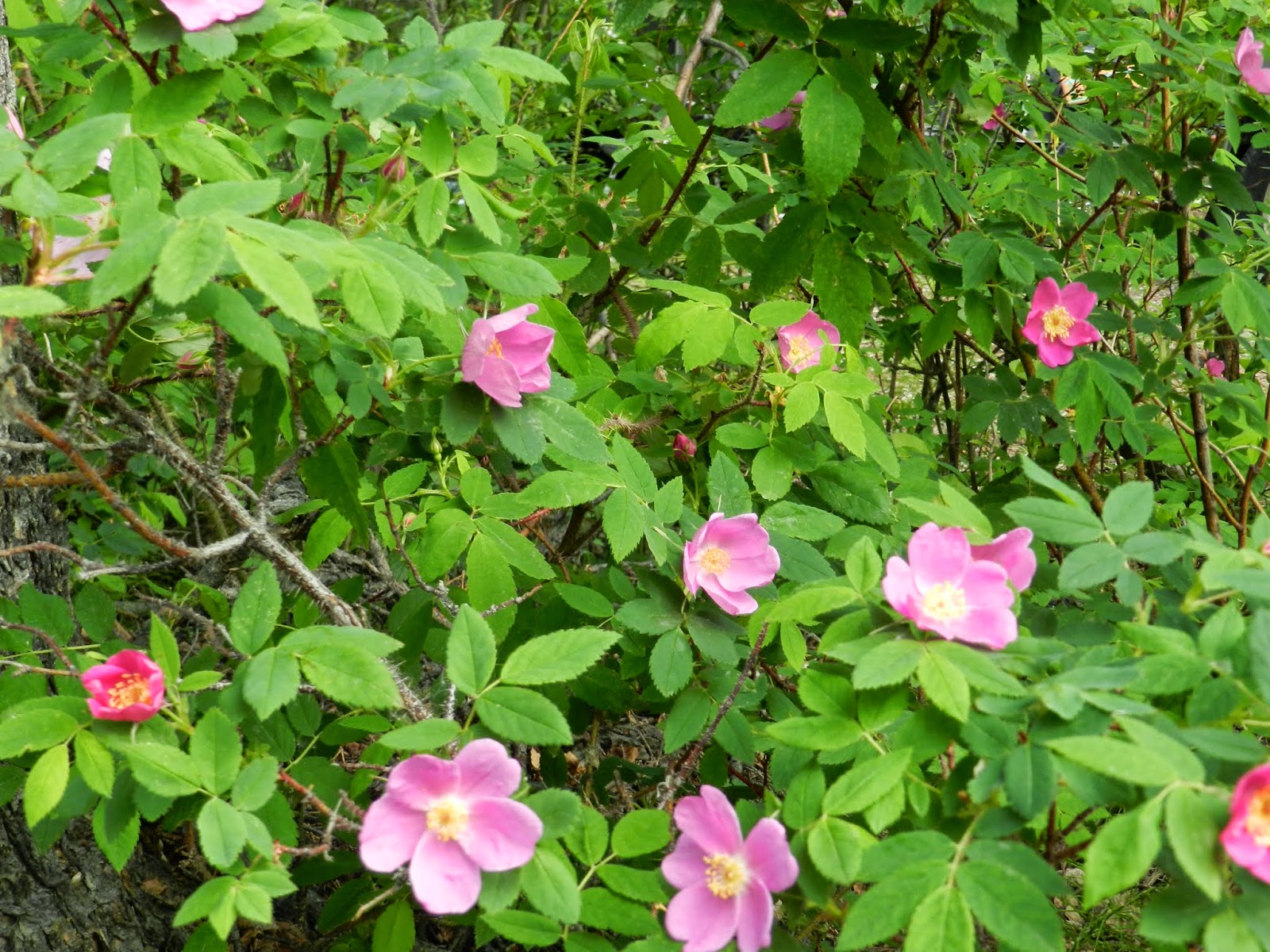 We have the nicest Camp Hosts you would ever want to meet, they will even let you borrow a "Blue Boy" and take it to the dump for you.  This is Jim 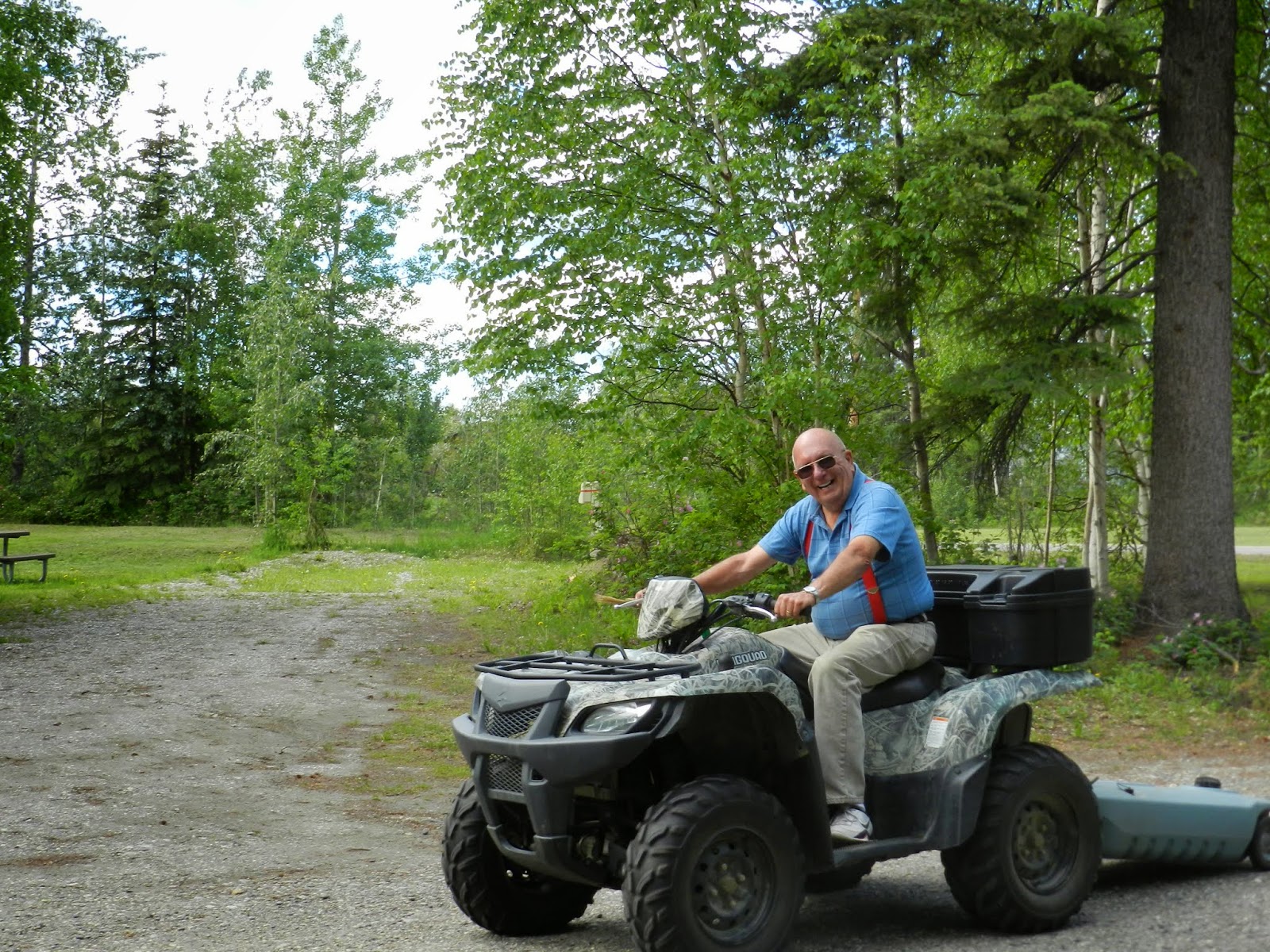 End of another beautiful day in Fairbanks, thanks for stopping by.

Nancy
Posted by Joe and Nancy Conrad at 3:39 PM