Once again pictures have been added

Vanderhoof, somewhere we lost Hwy 5 and picked up Hwy 16, aka Yellowhead Hwy, aka Trans Canadian Hwy.  We are spending day 5 here after 238 miles (383 km)


About 50 miles north of Valemount is the cute little town of McBride nestled between the rugged Canadian Rockies and the snow-capped Cariboo Mountains in the beautiful Mount Robson Valley where the Mighty Fraser River flows. This made a good coffee break at the Heritage Railway Station we enjoyed a coffee and muffin. I can already tell that I am gaining wt on this trip. 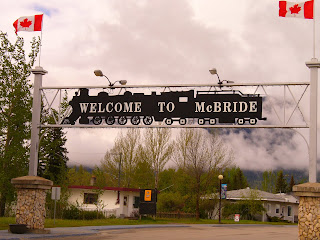 ﻿
﻿
Formerly known as Railway Siding 39, McBride was established in 1913 and was named in honour of the premier at the time, Sir Richard McBride (1903 - 1915).  Following the Second World War, the developing timber and agriculture industries attracted more people to the Robson Valley.
In town are some very cute whimsically painted fire hydrants that line the street of McBride. These hydrants were painted in 2007 by a local student who turned her summer project into multiple works of art. Below are just a few of them. We were told that this became such a popular project that people started paying her $50.00 each which went to supplies and college expenses 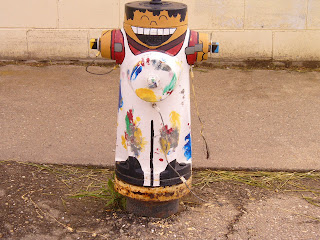 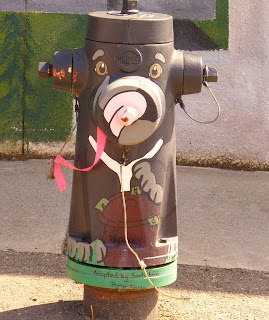 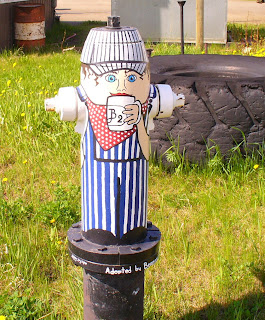 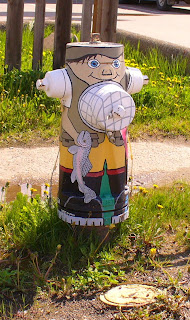 .
We finally reach Prince George and continue right on to Vanderhoof.  This seamed like a very long drive butg was only 238 miles.  Along the way we saw a moose, black bear and several deer.  The village of Vanderhoof is located in the British Columbia Nechako Valley.  Vanderhoff is the geographical centre of the province and about the same latitude as Edmonton, and longitude as Nanaimo.  Here we stayed at Dave's RV Park for only one night.  This is a very cute little park with a miniature golf course.  A good place to stop again and do exploring.

Tomorrow we are off to Fort St James
Posted by Joe and Nancy Conrad at 9:19 PM